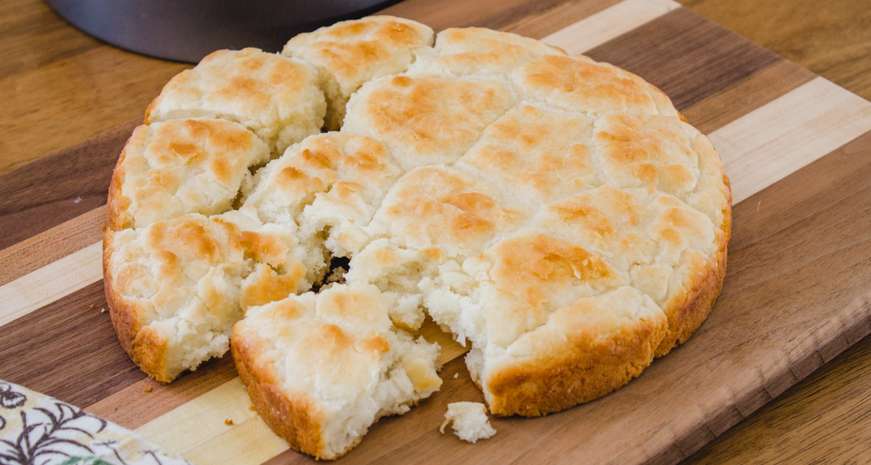 These best-ever biscuits are kind of a hot mess

There are biscuits and then there are biscuits. You know the ones. Buttery, flaky, tender and sweet, these are the hand-held breads you dream about for weeks to come. They're perfect on their own — no need for butter or jam or anything else, not that they suffer from any toppings. These biscuits seem made from magic, or at least a very skilled baker, out of reach for the average home cook. But trust me, they're not.

Chef, cookbook author and biochemist Shirley Corrhier is famous for many things. Her two seminal cookbooks, "CookWise" and "BakeWise," offer detailed examinations of just about every food that appears on an American table, with the attention to detail of a Harold McGee and the good natured wisecracks of your favorite great aunt. One such recipe, included in both books, is her version of her grandmother's Touch of Grace biscuits. 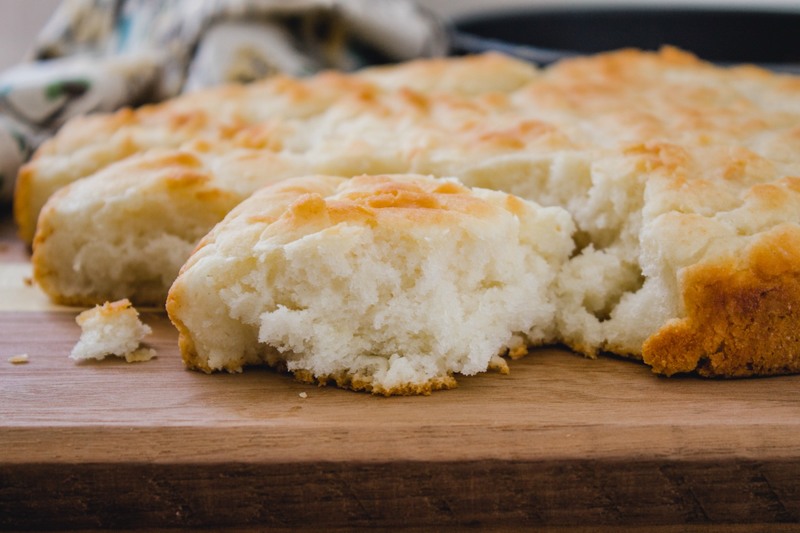 Touch of Grace biscuits are kind of like drop biscuits and kind of like, well, a hot mess. If you follow her recipe to a tee, you'll end up with a gloppy bowl of dough that somehow manages to barely hold its shape when plopped, entirely indelicately into a bowl of flour. Rounds of flour-coated dough are then squished up next to each other in a cake pan — the smaller the better — and shuttled off to a hot oven to bake until golden brown. The power of steam lifts and leavens the dough until it becomes a gloriously tender and supple biscuit. Each biscuit helps its neighbor out, pulling themselves all up together instead of slumping into a thin disc of biscuit sadness.

Touch of Grace biscuits are a far cry from the first biscuits made in the South. These quick breads came to the Americas from England, where they were drier and more practical for traveling and storage. The earliest American recipes appeared in Amelia Simmons' "American Cookery" in 1796, and they called for fairly low-fat ratios of flour to butter and milk, resulting in, again, a drier biscuit. Over time, biscuit variations became popular, and as ingredients like butter and sugar became more affordable, these made their way into recipes as well.

Southern biscuits have always been more tender and lighter than their Northern counterparts; historically, lower protein soft winter wheat has been grown south of the Mason Dixon. These flours, the most famous of which is White Lily, do not form as strong of gluten strands as their hard winter wheat counterparts. While low-protein flours were assumed in early biscuit recipes, you'll find that today, these flours are called out by name in truly Southern recipes, like Corrhier's.

Her biscuits embrace the abundance of traditional biscuit ingredients in our kitchens today, with all of the fat and sugar and cream you desire. Just don't forget to shape them with a "touch of grace." 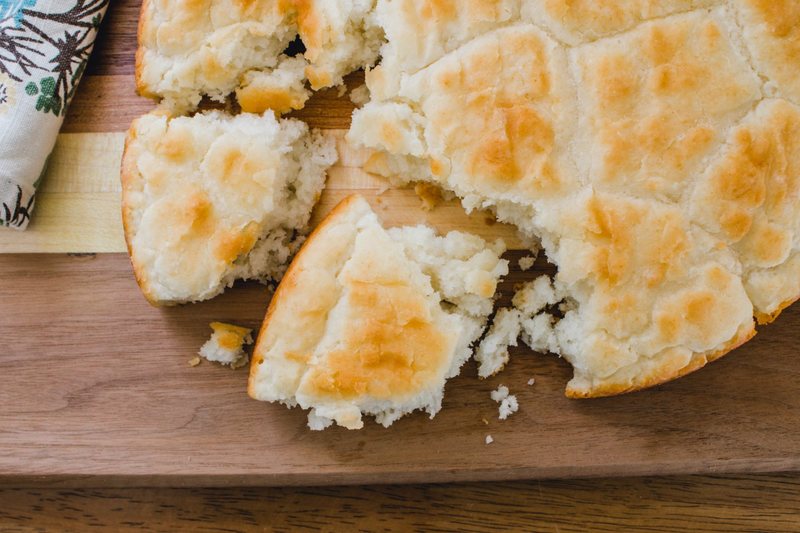 Instructions
Heat the oven to 425 degrees. Generously grease an 8- or 9-inch round cake pan with butter or nonstick oil spray.

In a large bowl, combine 2 cups of the flour with the sugar, baking powder and salt. Whisk the sugar and leavening into the flour for a full minute to fully incorporate. Add the shortening and, using your fingers, pinch and mix until no large lumps of shortening remain. The shortening won't be fully worked into the flour, but all of the visible pieces should be pea-sized.

Stir in the cream. Stir in the buttermilk, 1/4 cup at a time, until the mixture resembles cottage cheese. It shouldn't be liquidy, but it should be loose enough that it doesn't really hold its shape on its own. It will be far wetter than typical biscuit doughs.

Pour the remaining 2 cups flour into a cake pan. Using a 2-inch wide ice cream scoop or two large spoons, scoop three mounds of biscuit dough into the pie plate of flour. Sprinkle some of the flour over the top of the dough and, using your hands, pick up the dough rounds one at a time and gently shape into a round, shaking off excess flour. Place into the greased cake pan. Repeat with the remaining biscuit dough. Squish each new biscuit round up next to each other in the cake pan until you've filled the pan.

Bake until puffed and golden brown, 20 to 25 minutes. Immediately after removing from the oven, brush with butter. Turn the biscuits out onto a plate and serve warm.