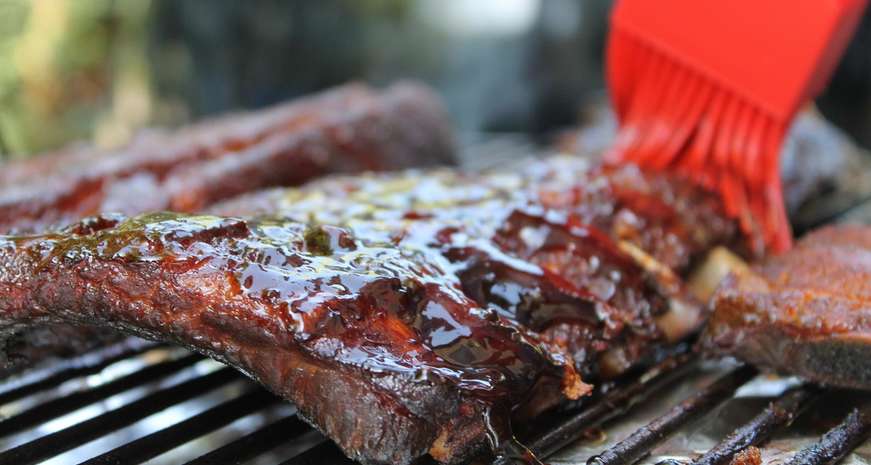 These are our 8 favorite Southern barbecue restaurants

No matter if you prefer brisket or ribs, pulled pork or chicken, if you're a Southerner, you've gotta love barbecue. Many states below the Mason-Dixon have their own ways of doing things, and that's just fine by us. Here are the 8 places we think do each style best.

Barbecue in the South is one of those things that provokes a wide range of opinions. Everyone has favorite places and types of barbecued foods, and there’s such a spectrum of styles — not to mention sauces — that it's hard to say anyone’s favorites are better than others. But since barbecue is meant for sharing, we figured we'd serve up the smoky, saucy goods on what we believe are the best places in the South for everyone's favorite slow-cooked comfort food.

So if you’re going to be hungry for barbecue soon and happen to be near any of the places on this list, be sure to stop in and grab a plate. 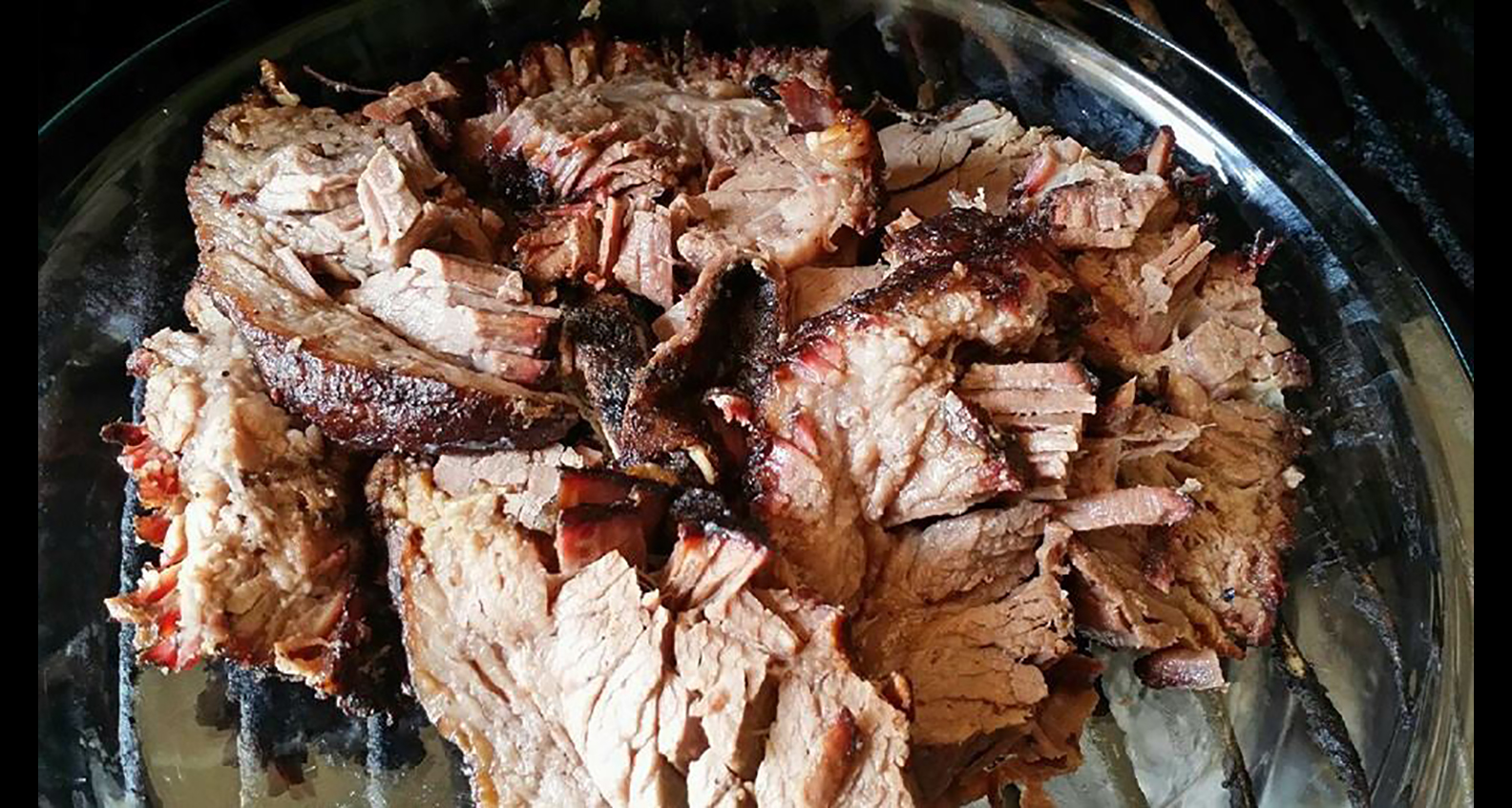 B’s Cracklin’ Barbecue in Savannah and Atlanta, Georgia
You know you’ve got great barbecue when your restaurant accidentally burns down and residents of your city raise the money for you to rebuild. B's Cracklin' Barbecue pitmaster and owner Bryan “B” Furman, a South Carolina native, cooks pit-smoked brisket, ribs and chicken so perfectly that not only did he recover from the fire with the help of supportive Savannahians, but his continued success helped him expand to Atlanta, where he and his wife-slash-business partner Nikki now live. (The Atlanta location was a recent victim of a fire as well. It will be closed until the Furman's can get it fixed up.) Try B's heritage pork, peach-mixed barbecue sauces, cracklin’ cornbread and perfectly blackened brisket, which even native Texans applaud.

Mac’s Speed Shop in Charlotte, North Carolina
If there’s one thing barbecue fans tolerate, it’s quirky randomness. If there’s one thing they don’t, it’s bad barbecue. With a theme of “beer, bikes and BBQ” all under the same roof, things could get a little cluttered. Yet Mac’s Speed Shop pulls it off with pulled and smoked pork platters, beer can chicken, regional representations of pork and beef ribs (St. Louis and Kansas City), 9-ounce cuts of 12-hour-smoked and grilled Carolina brisket, and more than 300 beer options. The restaurant also took home second place for whole hog at the 2017 Memphis in May world championship. 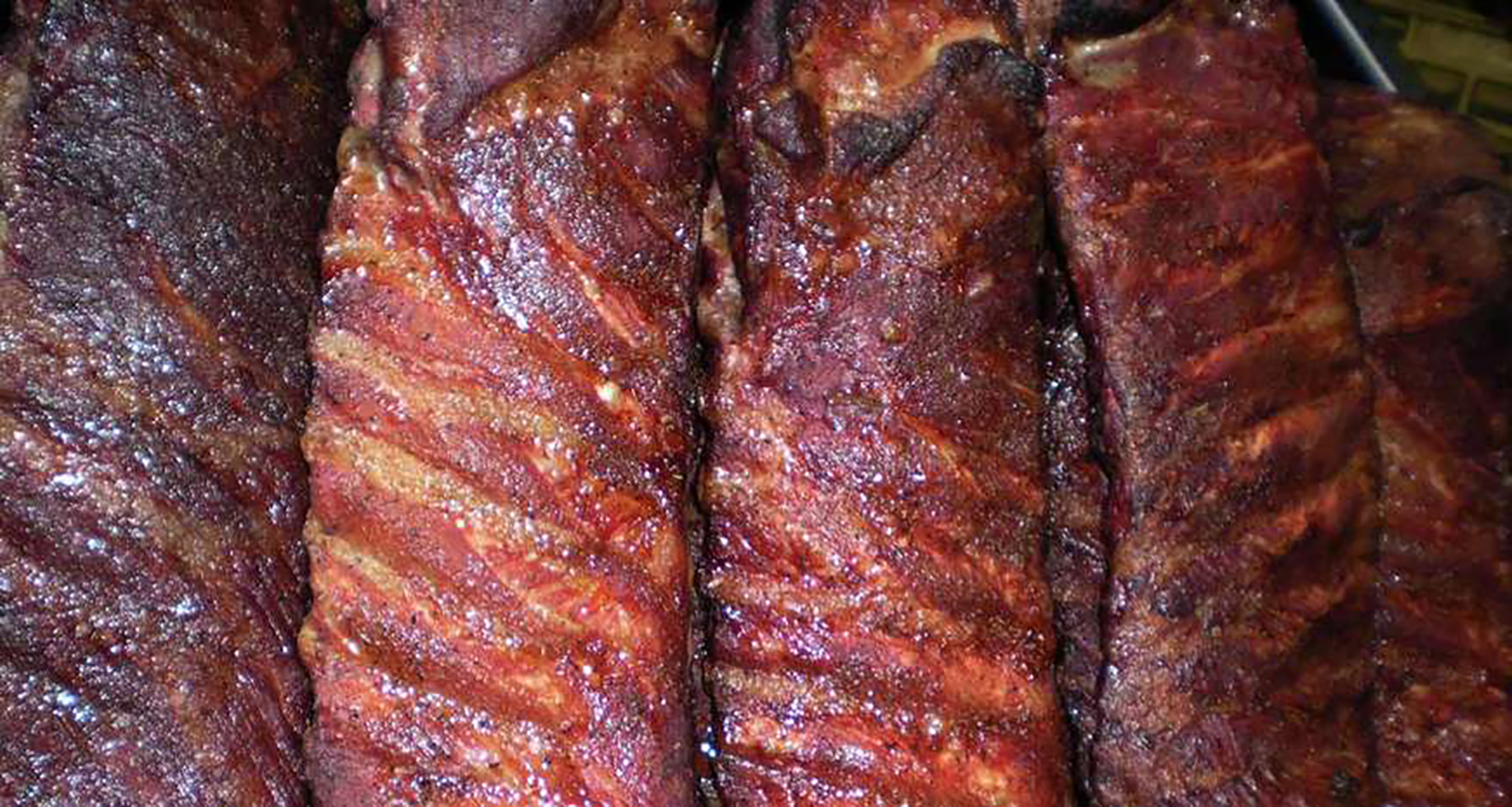 The Pig Out Inn in Natchez, Mississippi
Located in Chef Jeffrey’s hometown, he said The Pig Out Inn is “the one place I HAVE to visit whenever I go back.” A fan of pitmaster Archie Willett’s entire tightly focused menu, Jeffrey says the true essence can be captured in its chopped pork sandwich. “They smoke their meats over 100 percent green oak, and it permeates through both the richness of the meat and the tangy tomato-based barbecue sauce.” 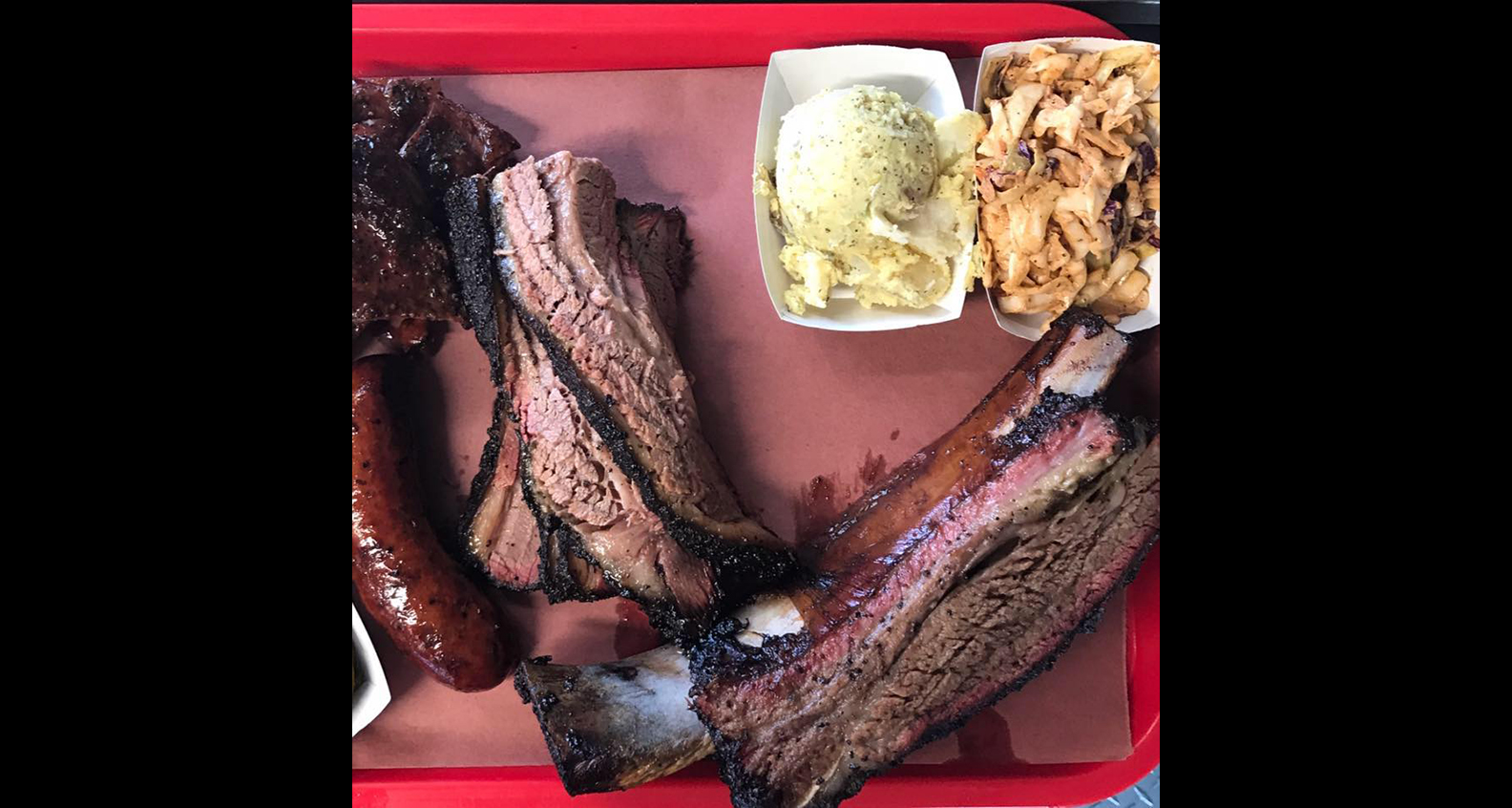 La Barbecue in Austin, Texas
Sure, Austin is weird, but not when it comes to ‘cue. This is why La Barbecue's central Texas recipes always lean savory rather than sweet, since owner LeAnn Mueller “hates the sweet stuff.” (They do offer a sweet sauce if you require). She’s also the daughter of a legendary local cue master named Bobby Mueller, but La’s grass-fed brisket, sourced from a local farm, is cooked low and slow for up to 16 hours over post oak also sourced in the state.

Pappy's Smokehouse in St. Louis, Missouri
You’ve gotta have the goods if you’re going to be in a city like St. Louis — a place not un-famous for barbecue — and serve barbecue in the style of a barbecue city rival. Pappy’s Smokehouse puts 14 hours of apple and cherry wood on its dry-rubbed ribs, which if you’re feeding a group you should get in “Big Ben” format, meaning a full slab with brisket, a pork sandwich, a quarter chicken and four sides. Whatever you do, make sure you also get an order of the burnt ends, which Chef Jeffrey Gardner describes with a single word: “Dang.” 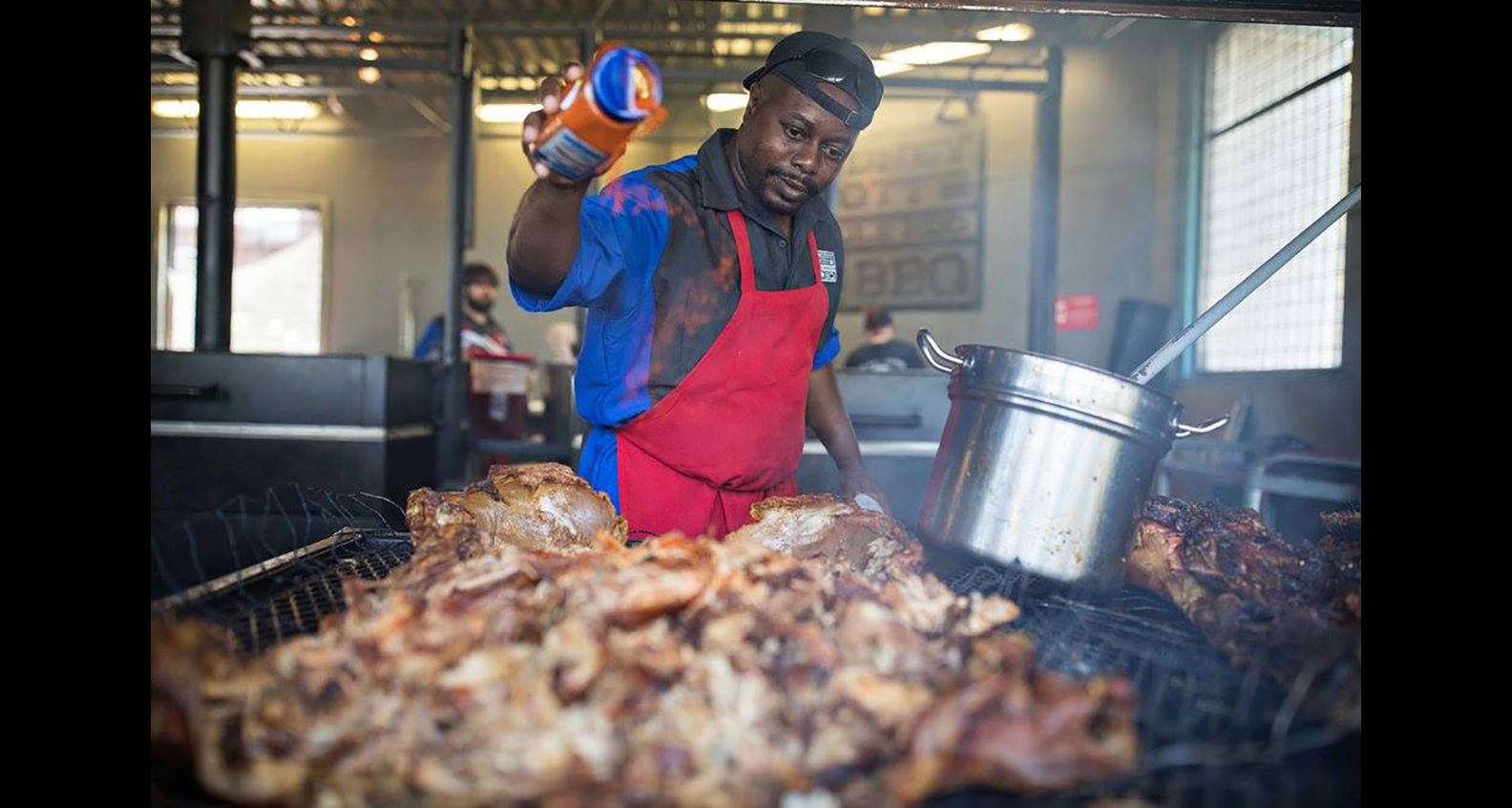 Rodney Scott's Whole Hog BBQ in Charleston, South Carolina
If you aren't familiar with the legendary Scott's Bar-B-Que in Hemingway, South Carolina, you've definitely been missing out (study up). Rodney Scott began smoking whole hogs at 11 years old, helping to chop oak, pecan and hickory wood from neighbors' land to fire up family-built pits on the property of their shacky grocery store. Thanks to a lot of attention and barbecue aficionados willing to drive hours for a taste of the famous hand-picked pig he's perfeced, Rodney's now got his own setup on King Street, and needless to say that with his tried-and-true method of overnight hog-smoking (you can buy the whole thing at market price if you so choose) things are going very slow, but also very, very well. 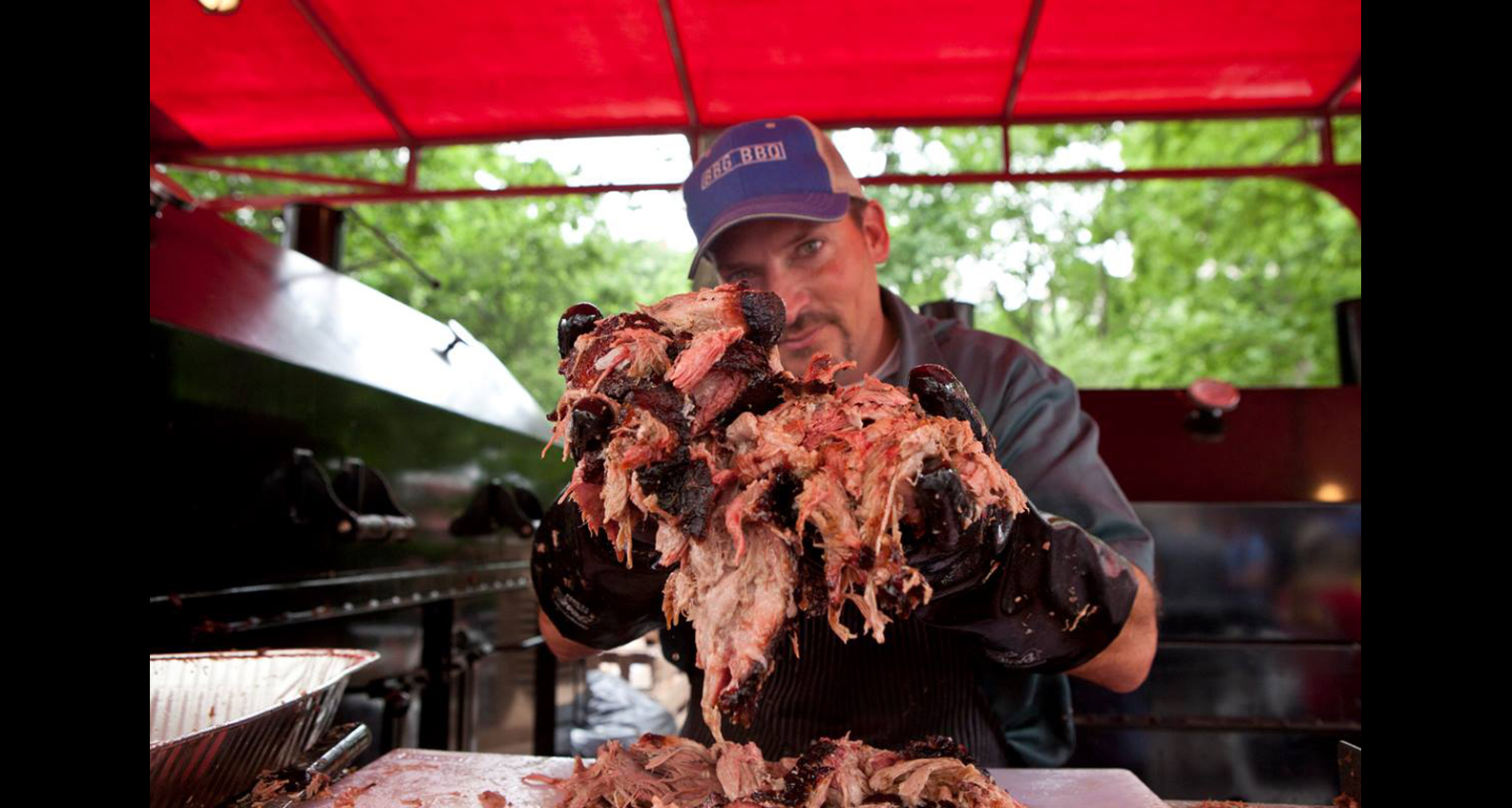 Big Bob Gibson Bar-B-Que in Decatur, Alabama
As a native of Huntsville, Alabama, I’m more than familiar with “Gibson’s”, as we called it growing up in the Tennessee Valley. The smaller town of Decatur sits just 20 minutes outside Huntsville, and there have always been stellar barbecue restaurants in the area worth the drive for pit-smoked chicken (if you know like I know, Sonny’s was also spectacular before a tornado caused its closure), but as the original home of Alabama white sauce, you can’t leave this 92-year-old establishment off any respectable barbecue list. Sure, they’ve got pork ribs, brisket, pit-smoked hot dogs, turkey and more, but you want the chicken, and you want it topped with that famous mayo-based sauce. Accept no substitutes — this is a can’t-miss barbecue establishment of the South. 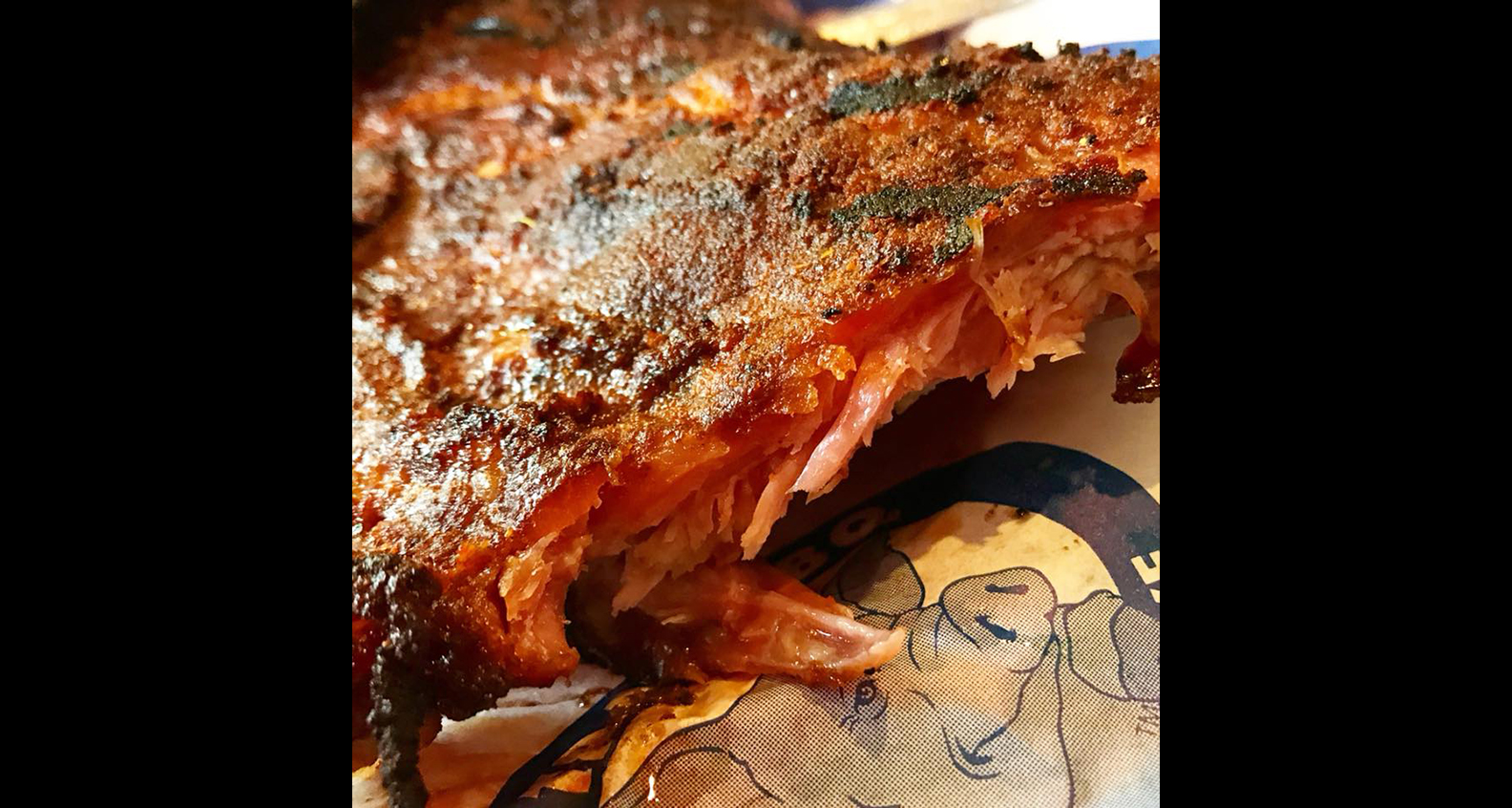 Central BBQ in Memphis, Tennessee
Everyone loves Beale Street, but you can head further south and get a bit of what the locals love: Central BBQ has been consistently voted at or near the top in local rankings for more than a decade. Its slow-smoked meats — ribs, pork, chicken, turkey, beef brisket, sausage and bologna — are dry spice-rubbed, then get a whole day of marinade before being introduced to low heat over pecan and hickory in the pit. You can get as saucy as you like from the self-serve counter, and feel free to experiment flavor combos on everything.