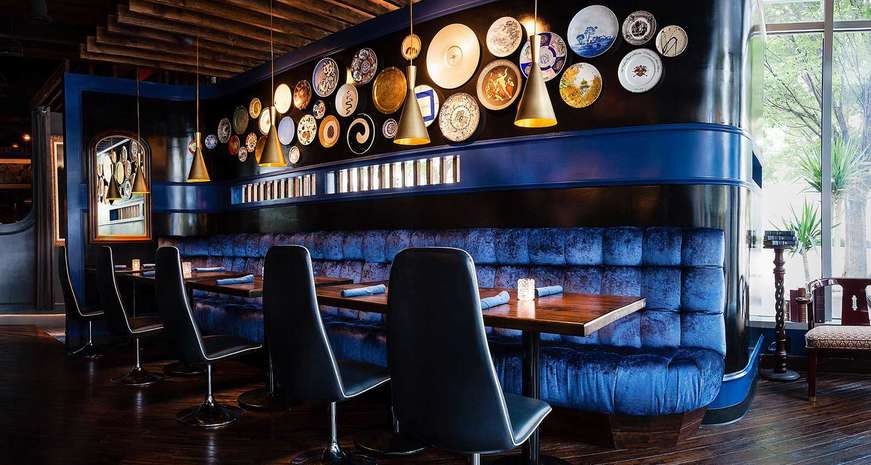 The Consulate in Midtown Atlanta

These are 5 of Atlanta's hottest new African-American-owned restaurants

African-American restaurant ownership is a big topic in the South and beyond. As Southern Kitchen continues to celebrate Black History Month, Associate Editor Mike Jordan recommends five African-American-owned Atlanta restaurants, all of which are worth visiting whether you're dining among the stars or simply enjoying what their capable kitchens create for the rest of us.

You never need to ask anyone on the Southern Kitchen team if we're fans of Busy Bee Cafe. We're just as sane as the rest of the world — we love the storied West End restaurant's soul food. But Busy Bee isn't the only restaurant in town worth celebrating for both its can't-miss cuisine and its African-American ownership. Here are five places that haven't been around for decades but have become crowd favorites in "The City Too Busy to Hate." 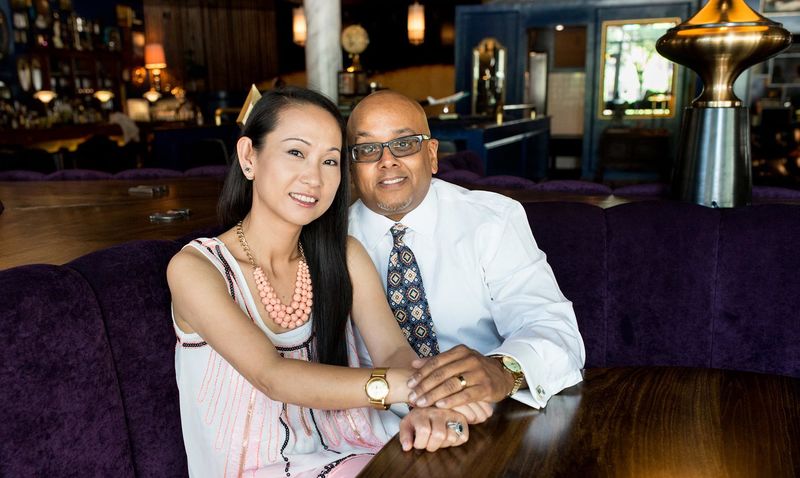 A former art gallery owner and commercial designer, Doug Hines opened this Midtown restaurant and lounge, which he’s described as “midcentury modern meets Hollywood Regency,” in summer 2016. His wife Mei Lin is responsible for the restaurant’s globally inspired menu, which plays off Atlanta’s multinational identity and has a rotating “Visa” section that changes every 90 days to feature food from chosen nations. At press time it’s Colombia. Get there soon for arepas, empanadas, beer-marinated arroz con pollo and posta negra (eye round beef in Coca-Cola Worcestershire sauce). The same diplomatic appeal applies to The Consulate’s craft cocktails (try the reconstructed Vesper, Moscow Mule or Old Fashioned), and the contemporary atmosphere that feels like you’re on location for the next James Bond film, especially if those Idris Alba rumors are true. Website 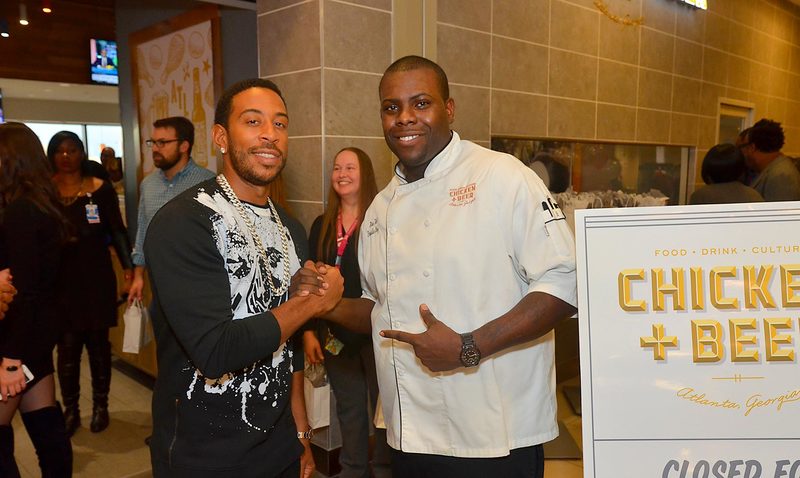 This isn’t rapper and Fast & Furious actor Ludacris' first attempt at restaurant partnership, but it’s the one that works. With opening consultation from Chef Todd Richards (who joined us for our first Sunday Supper podcast episode), and the backing of airport restaurant veterans Jackmont Hospitality, the 90-seat comfort food setup, located on Concourse D of Atlanta’s Hartsfield-Jackson International Airport, serves an incredible version of chicken and waffles drizzled with whiskey maple syrup. It also brings on Georgia brews such as Creature Comforts and Monday Night Brewing, both on tap and in dishes like the stout-braised beef cheeks with sweet potato mash. Website 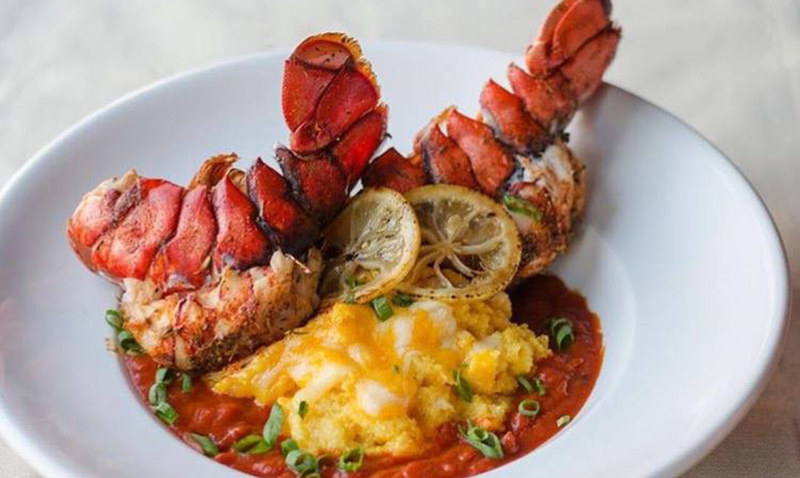 Even if you haven't heard of Southern hip-hop artist 2 Chainz (née Tauheed Epps), you almost certainly have a college-aged relative who is quite familiar with the entertaining native of Atlanta's College Park suburb. Located within walking distance of Mercedes-Benz Stadium, Escobar is his salute to "contemporary luxury," where "abrosial flavors" can be experienced in a space that resembles an upscale VIP lounge. Chef de Cuisine DePhon Robinson's menu includes items like hot chicken sliders with blue cheese crumbles and celery root remoulade, as well as twin lobster tails over stone-ground cheese grits. And Escobar's cocktails also take on Chainz's creativity, from the spicy mango "Hooligan" margarita, to a drink that carries his name and marries Hennessy, agave nectar and green tea. Website 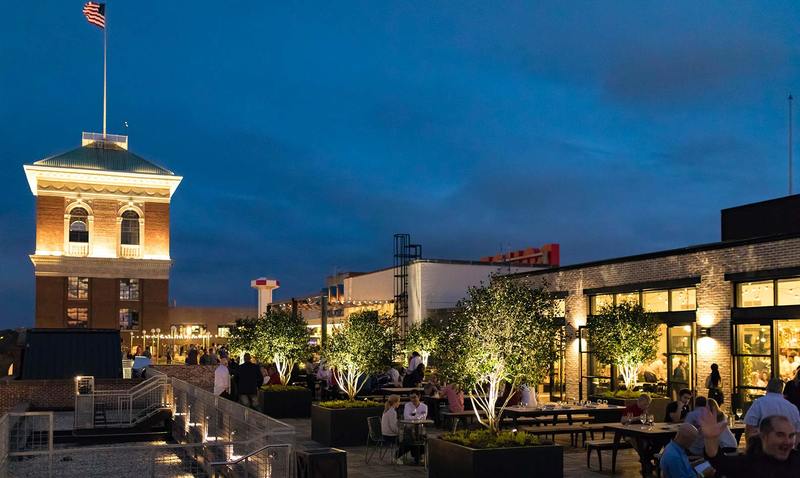 The rooftop at Ponce City Market, the centrally located retail and residential complex with a chef-driven food hall, has become Midtown Atlanta's must-visit destination. But the thousands of visitors who’ve rode the cargo elevator to the top of the building may not know that African-American businessman Kelvin Slater and his wife Mandy are the power duo responsible for the rooftop restaurant and “elevated beer garden” 9 Mile Station, as well as the surrounding Skyline Park, with its boardwalk-style midway games, snacks and miniature golf. The Slaters, who also founded Atlanta’s thriving Blue Moon Pizza franchise, came up with the idea of creating a dining and entertainment zone after seeing the space. And, after their success in the pizza biz, they knew they wanted to tackle pizza. Because after all, is there anyone that doesn't want beer after pizza? Website 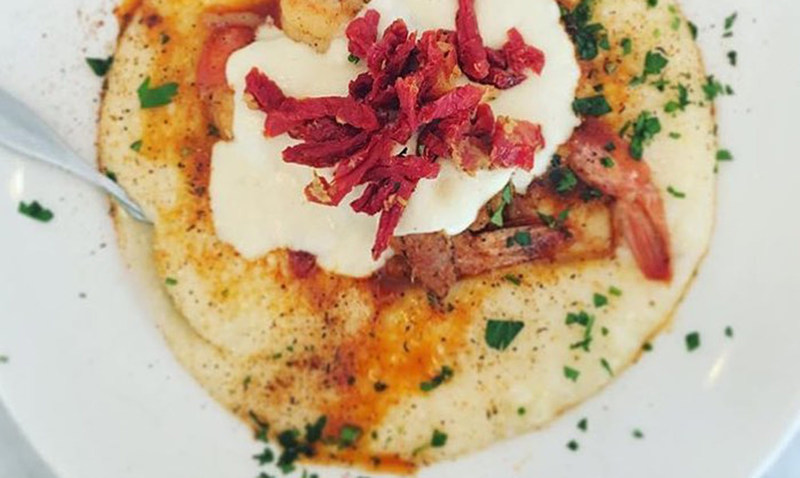 Owned by singer and Real Housewives of Atlanta cast member Kandi Burruss-Tucker, who first gained fame as a member of Atlanta-based female R&B quartet Xscape, this “Southern eatery” is run by three sisters — Burruss-Tucker’s mother and two aunts — who are the designated keepers of generations-old family recipes. The menu is full of fancified soul food standards, including fried-then-grilled whole Springer Mountain wings tossed in hot sauce, Angus beef sliders paired with truffle fries, a wild Georgia shrimp and grits “martini,” and catfish strips, all served in a lively atmosphere. Website