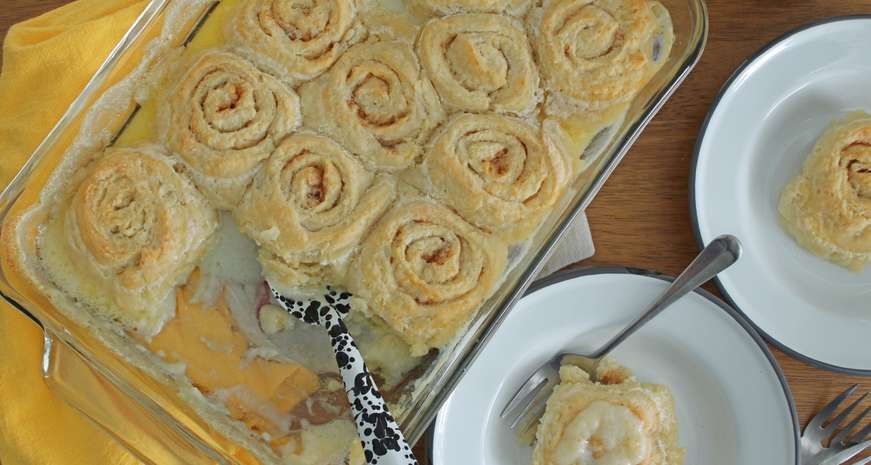 There's a version of this buttery, rich soul food dessert for just about every Southern cook

In our series Saving Southern Recipes, Editor-in-Chief Kate Williams explores the deep heritage of Southern cooking through the lens of passed-down family recipes.

Count me among the ignorant, but I had never heard of the Southern butter roll until a few weeks ago. Hear the name and you may, like me, assume that this dish is a dinner roll or a twist on a croissant, but you'd be wrong. A butter roll is, actually, many things (and at least two different shapes), depending on who you ask and where that person grew up.

Southern Kitchen reader Ruth Sorrells introduced me to the butter roll; she told me her grandmother used to make the dish and she's struggled to find the right recipe for it — anywhere. This query sent me down a spiraling rabbit hole of recipes, videos and Pinterest boards, but despite hours of research, I couldn't find a definitive recipe. What I ended up successfully making likely won't satisfy Sorrells — her grandmother's dish is still a bit of a mystery in my mind, and will take more time and testing to get right. 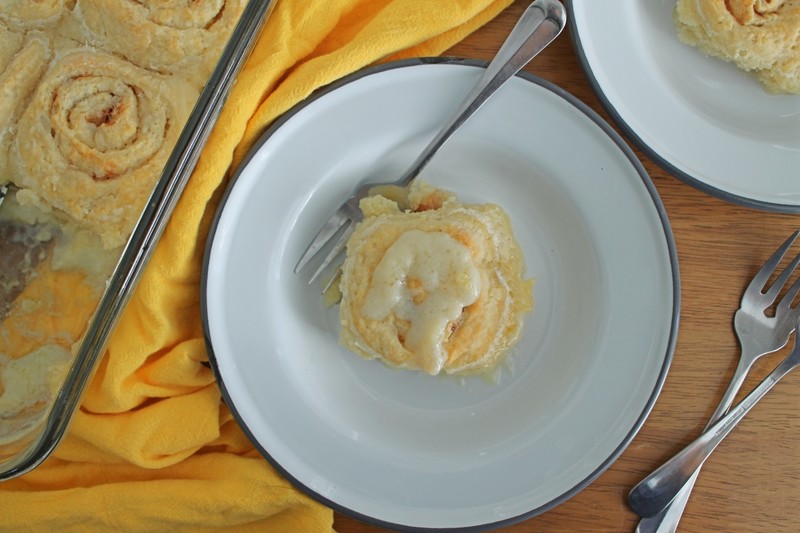 From what I can tell, the butter roll (or butter rolls, depending on the cook), is a dish of the north and northwestern portion of the South; most cooks I found making it are in Memphis, Tennessee; Arkansas; Kentucky and Virginia. It is most often found — at least on dessert menus — in soul food restaurants, but most of the YouTubers and bloggers making it often say they grew up on the version of the dish made by their grandmother.

Some make the butter roll from shortcut ingredients, such as pre-made pie crust or Pillsbury Crescent Roll dough, while others start out with homemade biscuits. Either way, the dough gets smeared with butter and sprinkled with lots of sugar (and perhaps a bit of cinnamon or nutmeg) before being rolled up, sliced (or not), then drenched and baked in a sauce that's either milky and custardy, or sweet and caramely.

The most helpful guide I found is a YouTuber named "chriscook4u2," who tells her viewers that her recipe, which is from "way, way back," is only a blueprint for the dish, and encourages us all to make them with as much butter and sugar, and in whatever shape, that we'd like.

For my version, I decided to use a basic buttermilk biscuit dough as my building block, which, as it turned out, limited my flexibility when it came to shaping. (Homemade dough of this type is soft and flaky, and doesn't hold its shape at all when rolled up like a jelly roll and baked as a whole log.) However, it was rich and buttery in all the right ways, especially when baked in that milk and sugar sauce. This sauce step was, by the way, the most baffling, but it works.

As the rolls bake, some of the flour from the dough makes its way into the milk, transforming it into a kind of custard that can be spooned, with as much generosity as you'd like, all over the warm rolls when you're ready to serve. It'll soften their crackling crust, but it's worth it. 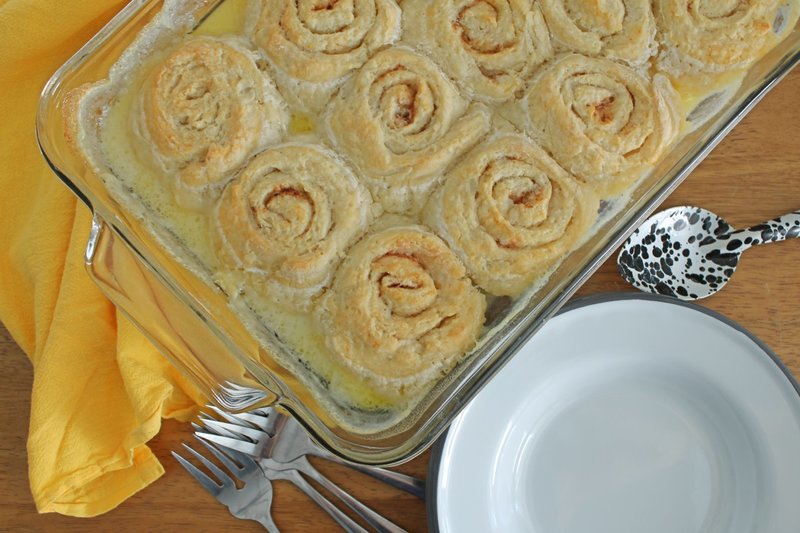 Instructions
To make the rolls: Heat the oven to 350 degrees. Unwrap one stick of butter, set on a plate, place on the counter near the heating oven, and let come to room temperature. It should be very soft and spreadable.

Meanwhile, cut the second stick of butter into small cubes, place in a small bowl, and freeze for 10 minutes to chill. In a large bowl, whisk together the flour and 2 tablespoons of the sugar with the baking powder, salt and baking soda. Add the chilled cubed butter and toss to coat in the flour. Use your fingers to pinch and rub the butter into the flour mixture to form a crumbly meal. Add the buttermilk and stir gently until no dry spots of flour remain.

Turn the dough out onto a well-floured counter. Flour the top of the dough and roll into a rectangle that measures about 12 by 18 inches. Gently spread the softened butter across the surface of the dough. Sprinkle with the remaining 2 tablespoons sugar and sprinkle with cinnamon, if using. Starting from one of the longer sides, roll the dough up as you would a jelly roll. Use a sharp knife or a bench scraper to cut the dough roll into 12 even slices.

Place the rolls, cut side-up, in a 9- by 13-inch baking dish. Refrigerate while making the sauce.

To make the sauce: In a medium saucepan, combine the milk, sugar and vanilla. Bring to a boil over medium heat, stirring to dissolve the sugar. Remove from the heat.

Pour the sauce into the baking dish around the rolls. Bake until risen and golden brown, 40 to 45 minutes. Let cool at least until the sauce stops bubbling. Serve the rolls warm, drizzled with the sauce.