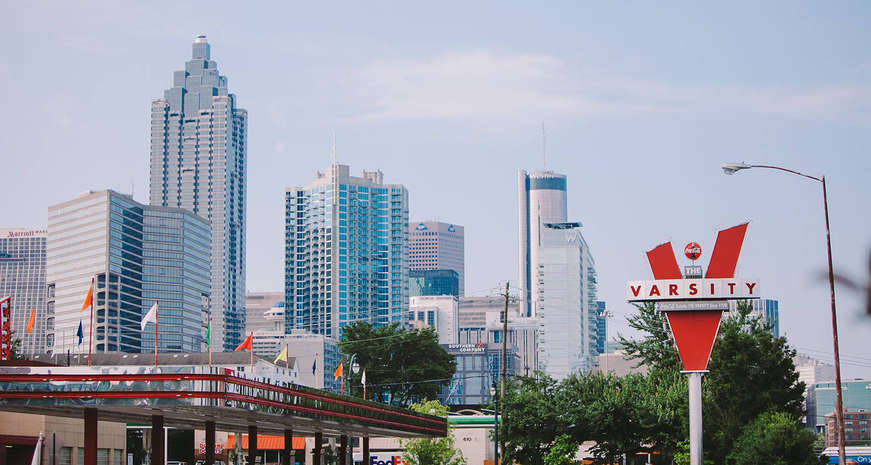 The original Varsity in Midtown Atlanta

This Atlanta institution has been serving up chili dogs, onion rings and Frosted Oranges for 90 years

For the past 90 years, carhops and employees at The Varsity have been asking the same question — “What’ll ya have?” — and native Atlantans and tourists alike have been answering it, with orders of large F.O.s, onion rings and heavyweights all the way.

It’s hard, in fact, to call yourself an Atlanta resident without having visited at least one of its seven store locations or four food trucks. After all, the iconic restaurant has been in operation for almost a century. Clark Gable, President Barack Obama, Elvis Presley and President Franklin D. Roosevelt have all stopped in for a bite at the Varsity. 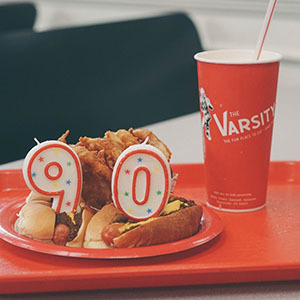 Southern Kitchen’s Digital Audience Development Specialist Lindsay Davis remembers stopping by The Varsity before for a quick snack before heading to the 1996 Olympic Game festivities in downtown Atlanta. A Frosted Orange, or F.O. (a creamy orange milkshake made from vanilla ice cream and homemade Varsity orange drink, for those not in the know), was key to surviving the blazing heat of the outdoor Olympics that year.

Some of us go there, as Davis did, for the occasional ice cold F.O., while others are weekly regulars making a trip to The Varsity a part of their routine. If you’re like Gordon Muir, current president of The Varsity, you fit in a chili dog or hamburger each day.

In 1928, founder Frank Gordy opened the original North Avenue location, which at the time consisted of a six stool counter and a walk-up window for food on the go. On opening day, The Varsity served its first 300 customers. It has been thriving and growing ever since.

The Varsity’s success was surprising, given the financial troubles the rest of the economy was facing. “On October 28, 1929, the day after the stock market crash that began the Great Depression, The Varsity posted $68.30 in receipts,” noted The Varsity’s website. This might not seem like much, but at the time 5 cents would get you a hot dog and the most expensive food item on the menu only cost 10 cents. “By the end of the 1930s, during the bleakest economy in U.S. history, Gordy had already made his first million dollars,” reported the Atlanta Journal-Constitution. 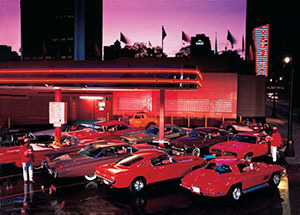 After modernizing existing locations throughout the ‘40s, The Varsity decided to capitalize on the the boom of drive-ins in the ‘50s by expanding its original location to include the “world’s largest drive-in.” When you’re driving down I-75/85 through Midtown, it’s hard to miss the bright red and chrome V sign that, at over 45 feet tall, serves as a beacon for those seeking a quick meal. The Midtown location covers two city blocks and can accomodate 600 cars. “In one day, the restaurant can go through an estimated 2 miles of hot dogs, 2,500 pounds of potatoes and 300 gallons of chili. And on Georgia Tech game days they can serve upwards of 30,000 people,” reported The Huffington Post.

The continual success of the fast-food chain can be attributed to the family’s dedication to keep it family-owned and operated. In an interview with the AJC, Muir, the grandson of founder Frank Gordy, said, “The third generation: That’s the generation that usually ruins things. We don’t want to do that.” 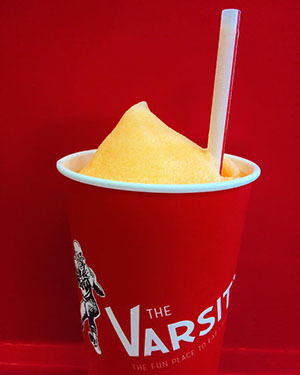 Yes, over the past few years a few locations, like the popular Varsity Jr. on Lindbergh Drive and Alpharetta, have closed. But Muir doesn’t see this as a setback. The locations just didn’t fit with the demand in those areas. Expansion across Georgia and possibly the South has always been an idea floating around in the family’s mind, but if they do expand they want to do it correctly. With the success of the opening of The Varsity in Dawsonville, other restaurants in Winder and possibly Auburn, Alabama could be in the works.

Ashley Weiser, head of marketing for The Varsity and Muir’s daughter, is continuing the tradition of working in the family business and thinks its success can be attributed to one thing: having consistently great prices for great food. “Not much has changed over the years and that is one of the things that makes us special. We still serve the same menu items, using the same secret family recipes,” she said in an interview with Chow Hound, referring to its $1.59 plain hot dog and $1.89 hamburger. 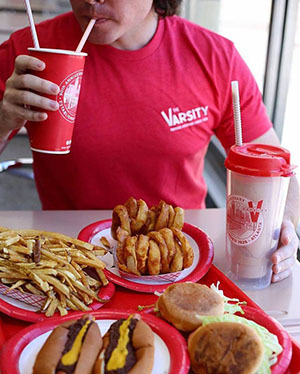 In anticipation of its 90th anniversary, The Varsity is currently selling limited edition celebration cups for $5.99. With the purchase of a cup, customers will get unlimited refills on soft drinks and $0.90 refills on both milkshakes and, most importantly, the beloved Frosted Orange, through December 31. So you still have plenty of time to get more than a few F.O.s before the end of the year.

100 percent of the sales from the celebration cups will go to Shepherd’s Men, a group that raises money for the SHARE Military Initiative at Shepherd Center in Atlanta.

The celebration doesn’t end there. On Saturday August 18, The Varsity will host a 90th anniversary party at all locations. For that day only, all menu items will be $0.90. What’ll ya have? 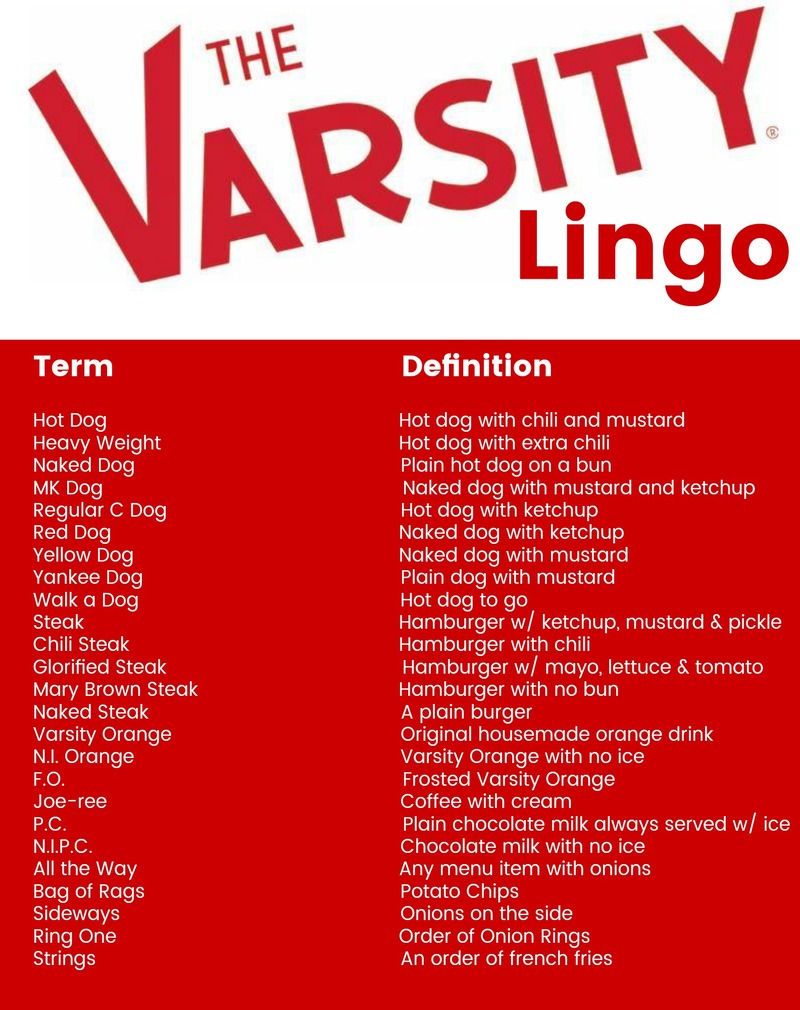