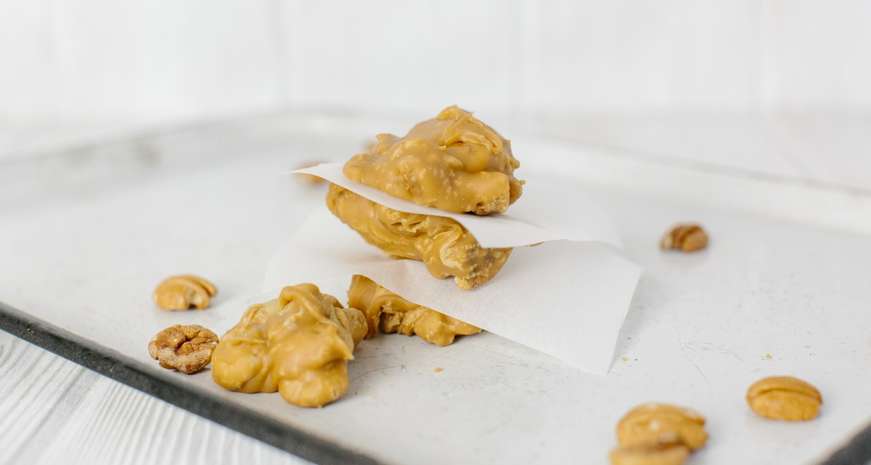 Pecan pralines are some of the South's oldest candies

A chocolate- and caramel-coated history of the South's favorite candies

It's no secret that we Southerners have a penchant for adding a spoonful (or two) of sugar to just about anything. And from iced tea to mile-high cakes, we certainly know how to satisfy a sweet tooth. Our love affair with sugar carries into the plastic-wrapped, manufactured side of things as well — many of our country's favorite candies were homegrown south of the Mason-Dixon.

South-made candies range from nut-studded pralines to lighter-than-air chocolate-covered cream candies, and they've got plenty of history to boot. Read on for a short history of eight of the most-famed Southern candies, and don't forget to stock up on all of them for trick-or-treaters.

Pecan Pralines
Pralines are one of the oldest truly Southern candies. First brought to New Orleans by French settlers in the late 1700s, pralines today still offer a defining taste of the city. Those original pralines were made with caramelized almonds or hazelnuts, blended with chocolate and used as a filling for other confections. In New Orleans, the almonds were replaced by native pecans and the candy gradually transformed — an addition of cream here, a different shaping technique there — into the round, flat, fudge-like treat we know today. According to Eater, pralines were a crucial form of income for recently emancipated slaves in the mid- to late-19th century; black female praline vendors were a staple of the city by the 1880s. However, throughout the early 20th century, white candy shop owners began to capitalize on the popularity of the praline, adapting racist imagery to portray the candy makers while hawking the candies to tourists. Today, you'll find a mix of people producing pralines throughout the city at shops such as Leah's Pralines, Laura's Candies, Aunt Sally's and Loretta's Authentic Pralines.
Make them at home 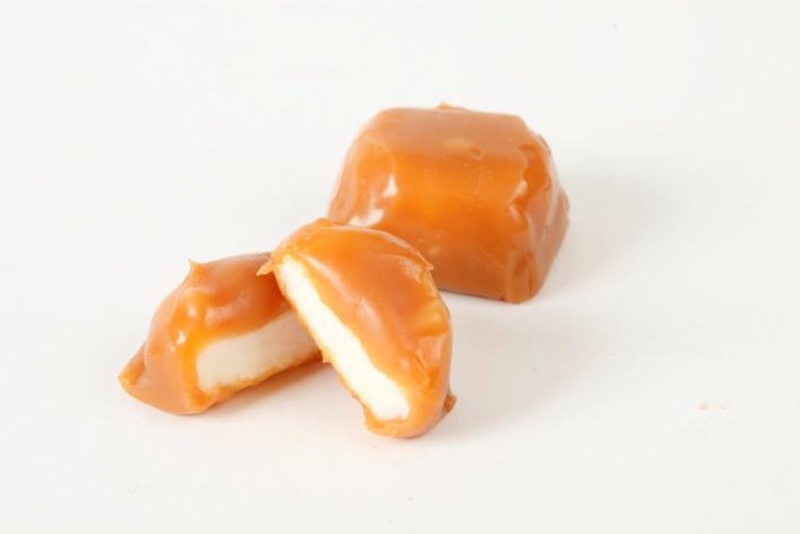 Modjeskas
A simple confection, modjeskas are bite-sized pieces of marshmallow enrobed in chewy caramel that are named for the Polish actress Helena Modrzejewska. What makes them Southern? The actress had moved to the United States and was performing in Louisville in 1883 when the candy maker Anton Busath became captivated by her stage presence. When he crafted his masterpiece candy he asked the actress if he could name it after her, and the modjeska was officially born. Busath's Candy Store continued to be the exclusive producers of modjeskas until 1947, when a fire destroyed the shop. Busath's son, Edgar, then asked fellow candy maker Rudy Muth, if he could use Muth's Candies to produce his signature candies for the holidays. After Edgar decided not to reopen Busath's, he handed over the recipe to Rudy, and Muth's Candies continues to this day to be the official home to modjeskas.
Learn how to make your own marshmallows 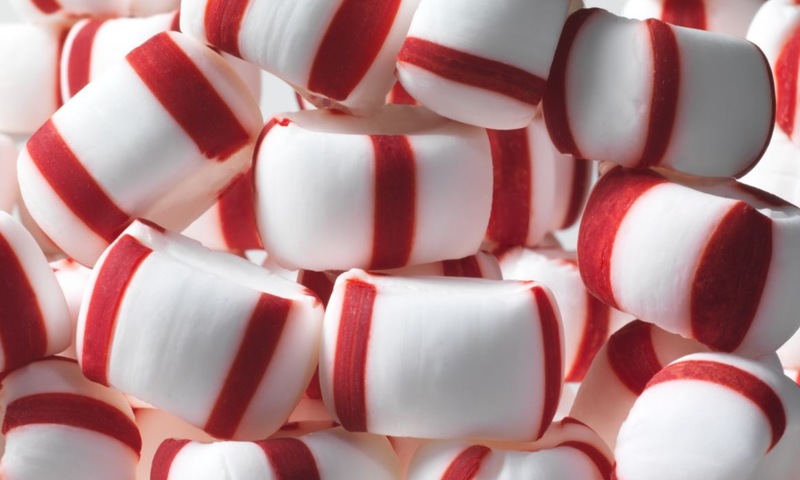 Red Bird Peppermint Puffs
In Lexington, North Carolina, you'll find the home of some of the few peppermint candies still being made in the United States. These puffed, slightly chalky peppermint puffs and sticks, called Red Bird, have been made by the Piedmont Candy Company (originally named NC Candy Company) since 1890. These candies are still made from cane sugar, invert sugar, peppermint oil and water, and each batch is still "striped" by hand in the factory. 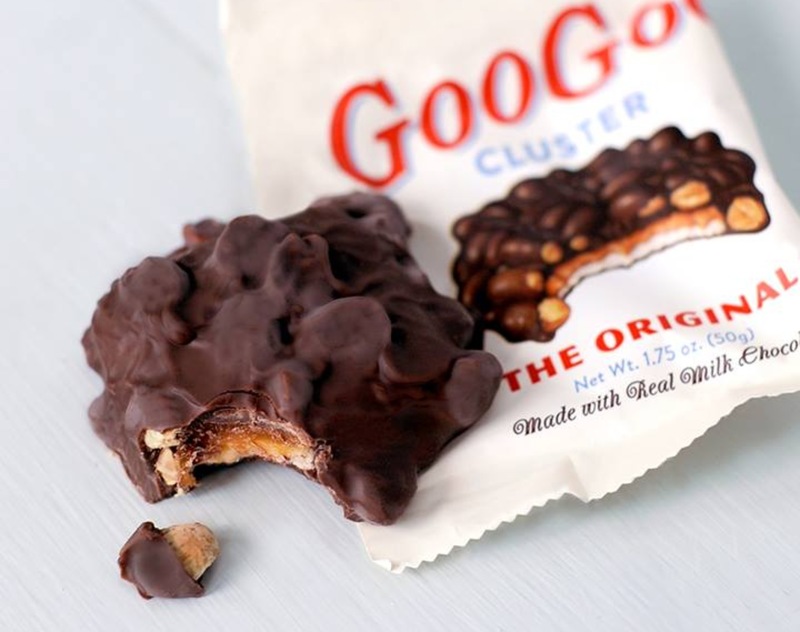 Goo Goo Clusters
The Goo Goo Cluster, a Snickers-like amalgam of marshmallow nougat, caramel, peanuts and chocolate, is thought to be the first "combination" candy bar; that is, a candy that is made up from more than one main ingredient. It was invented in 1912 in Nashville by Howell Campbell, Sr. and Porter Moore, of the Standard Candy Company, and is still made using the same recipe today. While it was originally hand-dipped and sold sans wrapper, today the candy is manufactured with machines and wrapped in retro-styled packaging. Two additional Goo Goo Clusters are also now on the market: one, called a Premium Goo Goo Cluster, is made with pecans instead of peanuts, and another, the Peanut Butter Goo Goo, replaces the nougat and caramel with peanut butter. And what of the name? Some say it is a reference to the Grand Ole Opry (GOO); however, the Opry wasn't opened until over a decade after the invention of the candy. The story Standard Candy is sticking to? The candy is named after the first words that are spoken by babies, saying "It is so good, people will ask for it from birth." 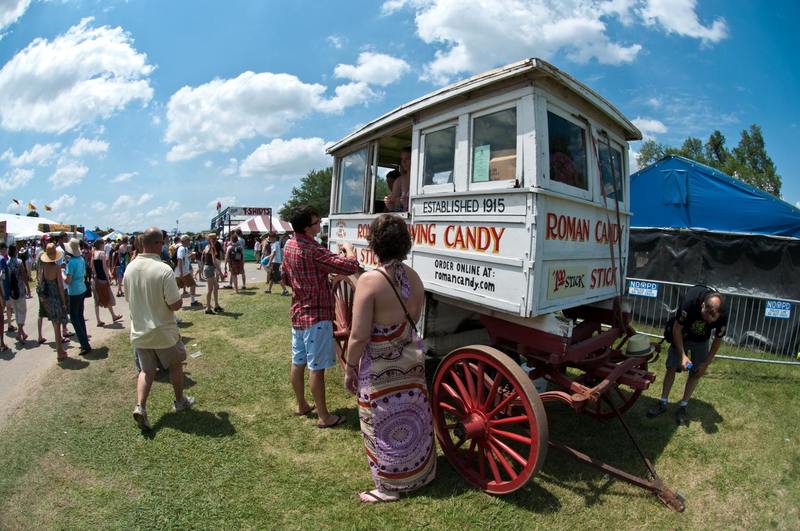 Roman Candy
Like pralines, Roman Candy was first sold by a street vendor, Sam Cortese, in New Orleans. But unlike nut-studded pralines, Roman Candy, a type of Italian taffy, has remained a mobile treat. In 1915, Cortese sold his first candy — in vanilla, strawberry and chocolate flavors — from a horse-drawn cart. He had lost both of his legs in a street car accident and had, with the help of his family, specially equipped his cart so that he could drive, make and sell the candy all at the same time. From that first sale up until Cortese passed away in 1969, the candy remained its original price of 5 cents. Today, his son and grandson still make and sell Roman Candy, albeit for a full dollar, on the streets of New Orleans. The flavor choices remain the same. 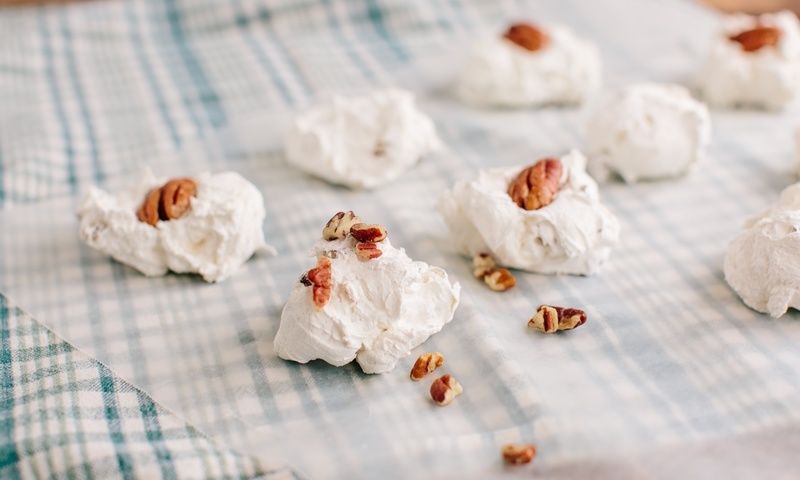 Divinity
While it can certainly be made at home, Southern divinity candy is often left to professionals. Made from meringue and corn syrup, the candy suffers when made in humid environments (so, most of the South in the summertime). While it is similar to 17th century treats like Turkish Delight, the form of divinity we know today, bright white and topped with a pecan, was first sold around 1915. It is thought to have been popularized by the corn syrup brand, Karo, which was invented about a decade before. Some of the best divinity in the South can be found at Nancy's Candy, in Jackson, Mississippi, which has been churning out handmade confections since 1980.
Try your hand at our divinity recipe 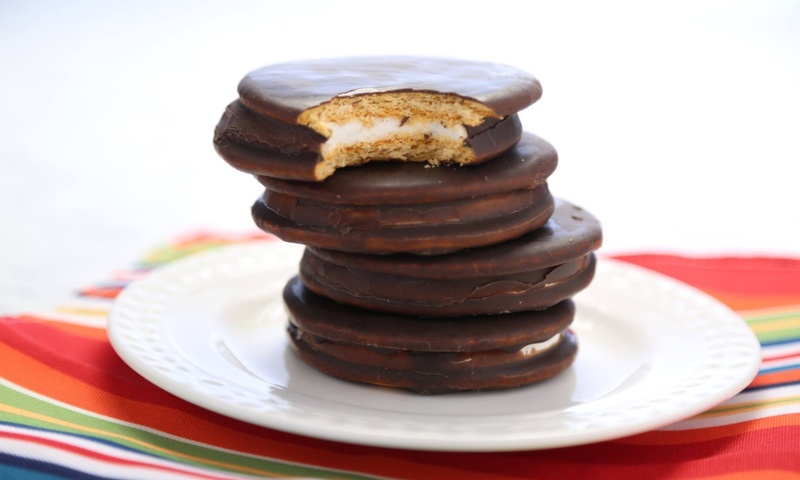 MoonPies
These oversized confections may be more cookie than candy, but, regardless, MoonPies are decidedly Southern. Made for over 100 years by the Chattanooga Bakery in Tennessee, MoonPies are said to have been invented to satisfy the hunger of coal miners. As the story goes, traveling salesman Earl Mitchell walked in to the bakery in 1917 after visiting with said coal miners in Kentucky, requesting that the bakers combine marshmallow, cookies and chocolate, and to make it "as big as the moon." The confection really began to take off during World War II and the post-war era, as it became branded a "wholesome" snack for both soldiers and busy Americans. MoonPies became so popular, in fact, that Chattanooga Bakery ceased manufacturing all of its other products to focus exclusively on this treat. Down in Mobile, MoonPies have, over the years, become synonymous with Mardi Gras. Today, you can find MoonPies in various flavors and sizes, but its classic recipe, at least according to this writer, remains its best.
Learn how to make a cake inspired by the MoonPie 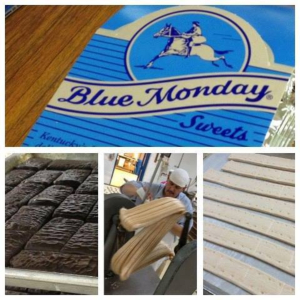 Blue Mondays
A Blue Monday is a totally unique confection, one that is known as both Kentucky's "best kept secret" and its official Derby candy. Invented by candymaker Ruth Hunt around 1930, Blue Mondays consist of a soft cream and sugar center with a dark chocolate coating. They allegedly got their name from a preacher that frequently stopped by Hunt's shop, looking for a cure for his "blue Mondays." Today, Hunt's shop in Mount Sterling is owned by Larry and Charles Kezele, who, along with manager Toby Moore, still make Blue Mondays in much the same way as Hunt did, with only a few nods, such as an electric candy puller, to modern convenience. 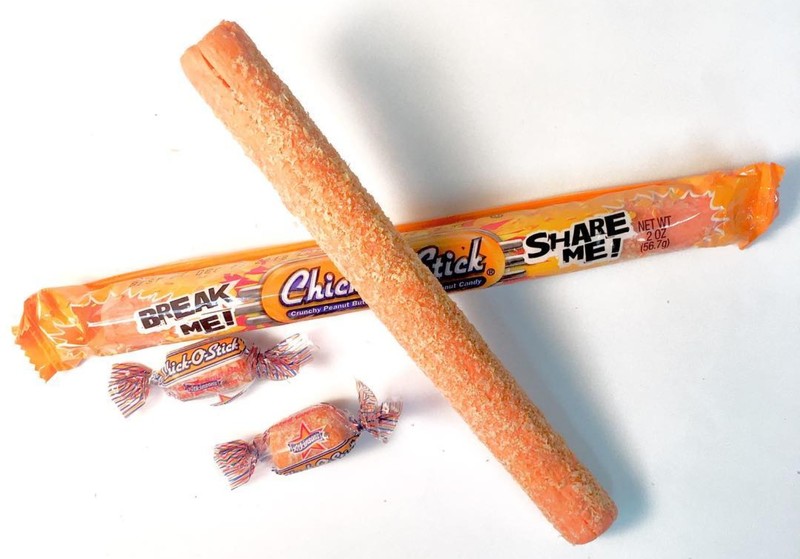 Chick-O-Stick
Far more akin to a Butterfinger than a chicken, the Chick-O-Stick has been made by the Lufkin, Texas-based Atkinson Candy Company since the 1950s. This slightly salty, crunchy peanut butter candy log is coated in toasted coconut and is still sold wrapped in retro packaging. Atkinson Candy Company, which was founded in the 1930s, also manufactures the caramel candies Slo-Poke and Black Cow, which you can find alongside Chick-O-Stick in both specialized candy stores and convenience stores around Texas.
Use Chick-O-Sticks in our Butterfinger Lush dessert

The most popular Christmas candy in each Southern state

Unlocking the mystery behind this Southern candy

The most popular Christmas candy in each Southern state

Unlocking the mystery behind this Southern candy