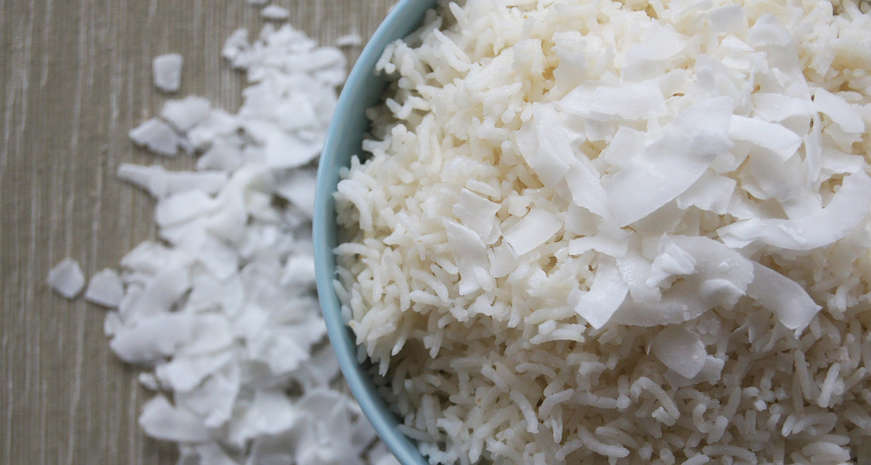 I had all but given up on coconut rice when I met Jairo Villafañe. This dish, beloved along the Caribbean coast of Colombia, has a rich history and obvious potential, but I wasn't sure I would ever love the brown, grainy mounds that accompanied most meals. Arroz de coco was either too sweet, too greasy, too mushy or too bland.

Rice is served with nearly every meal in Colombia, usually prepared with oil and seasonings, pilaf-style. It can be a busy dish, embellished with vegetables and meats, or it can be simple, like traditional coconut rice, which contains little more than coconut, sugar, salt and raisins.

Villafañe is a cook and anthropologist in Santa Marta, the oldest European-built city in the Americas. He became my cooking teacher when I signed up for his "Airbnb Experience" — a service that the company brokers to lodging seekers. In his small, stainless-steel-clad kitchen he walked me through the entry-level task of frying a local fish called a mojarra until the fins crunch like chips, showed me the ways of twice-fried smashed plantains called patacones, and shared his version of coco limonada — coconut lemonade — a spectacular drink I will pass along to you on a hot day in July.

But when it came to my education in coconut rice, Villafañe enlisted the help of his mother, Maribel Simanca, who everyone agrees cooks it the best in her family. Simanca learned the ways of Arroz de coco from her mother Nayda Gomez, who'd learned it from Jairo's great-grandmother Lauriana Cabana, as taught by her mother Eulogia Guillen.

Finding good coconut
Coconut rice is made with ingredients that are easily obtainable at home, providing you can find a decent coconut. If you live in a little town near Canada like I do, that can be hard. In any case, if you are familiar with what a bad coconut is, you need to know my north country coconut screening technique:

Bring a bowl to the store. Choose your coconut, shaking it to ensure it still has some water (the more, the better). Save your receipt. Exit the store. Smash the coconut on the curb, and hold it over the bowl to catch the water. Take a sip. If the water tastes good, proceed home with your coconut(s). For a one-pound sack of rice, you'll need two. If the first one tastes in any way bad, march back into the store and exchange it. Repeat until you have as many good coconuts as you need. 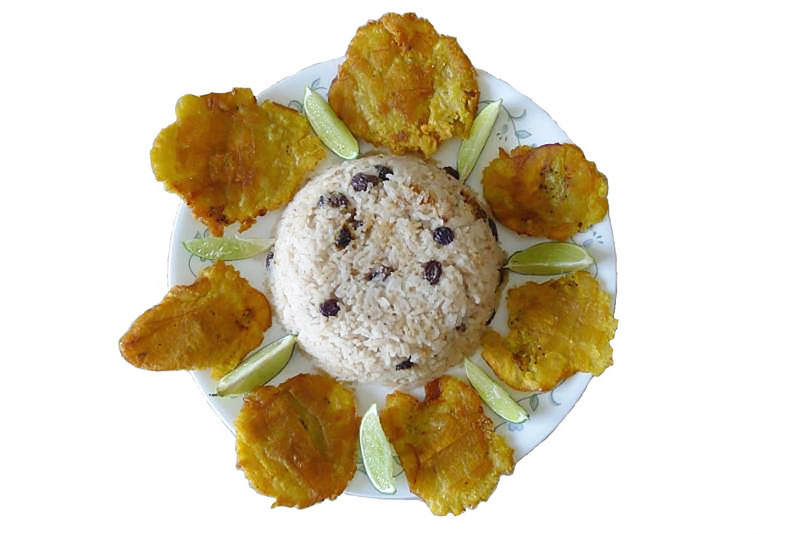 Arroz de Coco Samario
Samario means "of Santa Marta," the coastal city where Simon Bolivar lived out his final 16 years, and home to Maribel Simanca's teachers. The one place where my recipe strays from their traditions is where I reduce the sugar by roughly 85 percent; Maribel used about two tablespoons of sugar per pound of rice, and I use a teaspoon. To a typical Samario that reduction makes about as much sense as a sour coconut. But to my taste it's more versatile unsweetened, and less dessert-like.

Ingredients
2 coconuts, with the meat pried out, rinsed and chopped into small pieces no bigger than a quarter
8 cups water
1 pound white rice
About 1 teaspoon sugar, the less refined the better
2 teaspoons salt
1/4 cup raisins

Ingredients
Put half of the coconut in a blender with 4 cups of water. Blend on high for at least two minutes. Pour the mix through a strainer into a thick-bottomed pot, using your hand to squeeze all of the liquid out of the fiber and through the screen.

Heat on medium-high. The cream will soon boil and foam like dairy cream would. But unlike cow's milk, it won't burn. It just boils and boils peacefully.

While the liquid boils, rinse the rice in two or three pots of water to remove the starch, and use the remaining pieces of coconut to make another batch of coconut milk. Set this batch aside.

After about 20 minutes at a foaming boil, the volume of liquid will stop shrinking and it will thicken. Reduce heat to medium, stirring attentively when needed and, as Maribel says it, "sofriendo hasta aceite," or "simmer until it's oil."

The coconut milk will become increasingly thick until it finally separates into a mound of rubbery curds gathering in the clear oil. The solids will begin to fry in the oil, and the lily-white lumps will darken. After another five or so minutes, add the salt and sugar and stir it all together. Add the second batch of coconut milk and stir, scraping any buildup off the bottom of the pot. Add the rice, stir again, and put the lid on, leaving the heat on medium. About 30 minutes should have elapsed since you started boiling the coconut milk.

After another 10 minutes, give the mixture a gentle stir and turn the heat to low. It will look very thick, and you will be tempted to add more water. Hold off, for now. With experience you will learn when it truly needs a little more water, but don't add too much, or overwork the rice, which would make it mushy. Cook slowly on low another 15 minutes or so.

Add the raisins, give it a final, gentle stir, cook five more minutes, then turn off the heat, leaving it covered. Like all pilafs, from plov to paella, it needs about 20 minutes of "rest" before it's ready to serve.

Press the rice into a small wide serving-sized bowl and carefully invert it onto a plate. Carefully remove the bowl to reveal a perfectly sculpted mound of Arroz de Coco Samario. Serve with seafood.