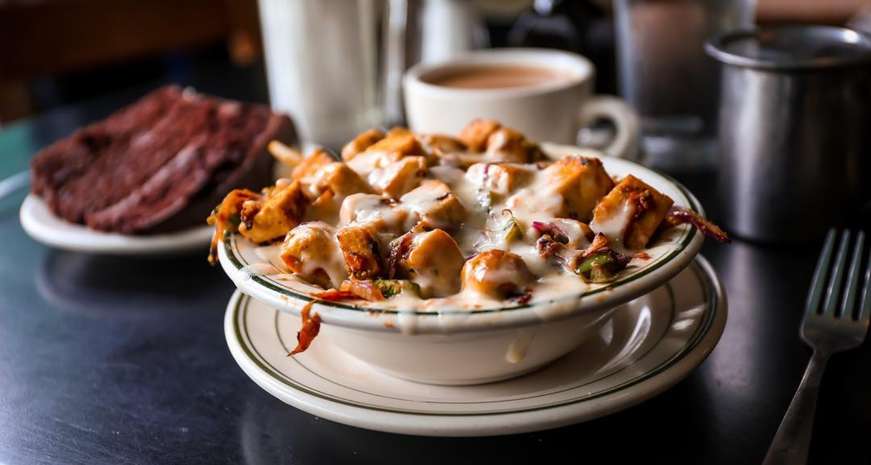 The Grit in Athens, Georgia

From Columbia, SC to College Station, here are the very best restaurants in all 14 SEC college towns

You've heard it here before, and you'll certainly hear it again — we're big SEC football fans around here. And when it's time to head to the town of our alma mater (or its rival) for the big game, we want to do more than just tailgate. After all, these college towns are more than just college towns — and they've got the food scenes to prove it.

So we've done the hard work for you and picked out the best restaurants in each SEC college town, presented below in alphabetical order. (We won't want you to think we're playing favorites, now do we?)

Athens, Georgia
Home to the University of Georgia, Athens is, despite its relatively small size, an excellent dining town. From vegetarian breakfasts at The Grit to New Southern fine-dining at Five & Ten, you can find just about anything your heart desires in this town. While it's hard to go wrong when choosing restaurants in Athens, we're currently loving Saturday brunch at Home.Made (try the Mayberry biscuit sandwich if you're super hungry), barbecue from Pulsaski Heights, pupusas and massive combination platters from Tlaloc El Mexicano, and cocktails and seasonal European-inspired fare from the brand-new Expat. 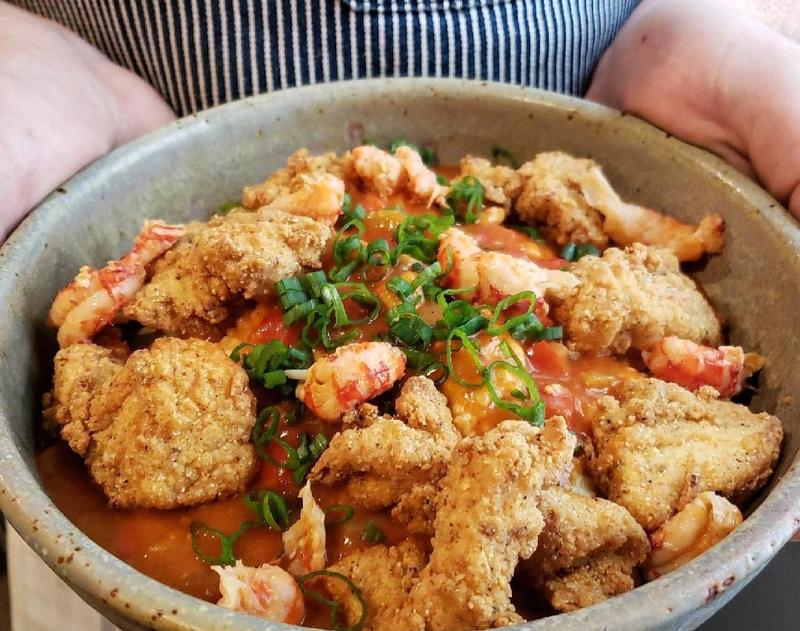 Auburn, Alabama
Auburn may be small, but its food is mighty. You can satisfy your cravings for both a classic milkshake (head to Auburn institution Toomer's Drugs) and New Southern fine dining. Acre, located in a gorgeous stone building in the historic district, cures its own charcuterie and serves a modern Southern menu made up of ingredients grown on its farm. The best bourbon selection in town can be found at The Hound, which also serves well-executed pub fare. Another option is the more eclectic Amsterdam Cafe, where many regional chefs have gotten their start. Or if you're looking for barbecue, stop in at Byron's Smokehouse for killer smoked chicken. 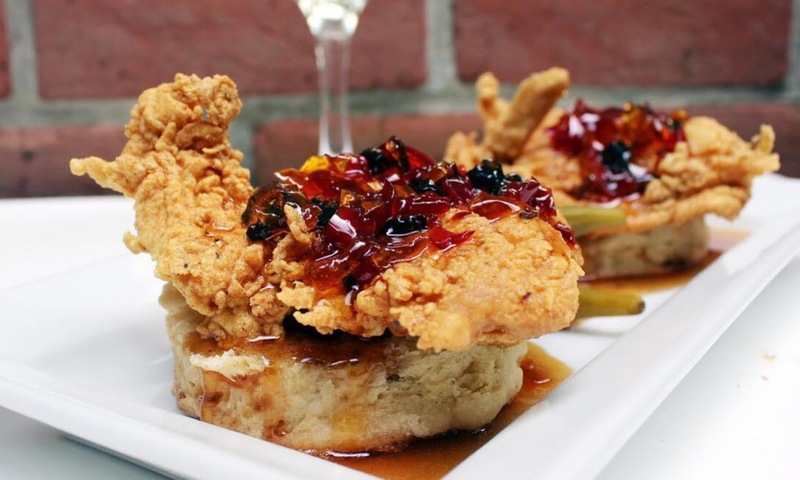 Baton Rouge, Louisiana
Eating out in Baton Rouge is all about Cajun and Creole fare. From crawfish pie to gumbo, you can find it in this college town. In the last few years, especially, the food scene in Baton Rouge has really taken off, with the opening of restaurants such as Eliza Restaurant & Bar, which serves ever-so-slightly elevated Louisiana fare, and the high-end Southern restaurant The Gregory. For a more rustic meal, try the hand pies and sides from Elisie's (hello, Cajun crawfish queso) or stop in to City Pork for oversized burgers and all the barbecue styles you could want. 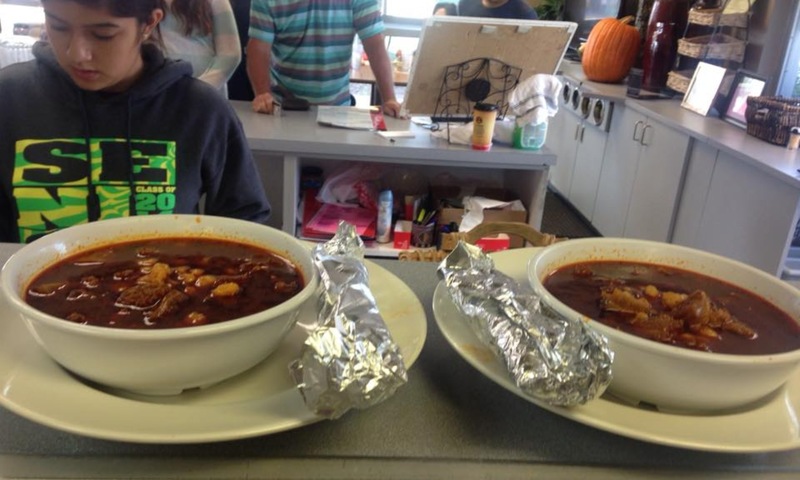 College Station, Texas
If you're in Texas, you know you'll do well to stick to beef and barbecue, but did you know that College Station, home of Texas A&M, is also home to some of the most famous chicken tenders at least this writer has ever heard of? Layne's serves basically just that, with Texas toast and secret sauce, and Aggies are known to, er, flock to the no-frills restaurant on a weekly basis. Another College Station classic is Dixie Chicken, which has served burgers and beers since 1974. If you're looking for barbecue, head to nearby Bryan for brisket and spareribs at Fargo's Pit. Or try the, again, no-frills tacos at Garpez Authentic Mexican Food, located in a Shell gas station. Finally, for a Texas-style fine-dining experience, look no further than The Republic Steak House, which serves steak (duh), wine and whiskey. 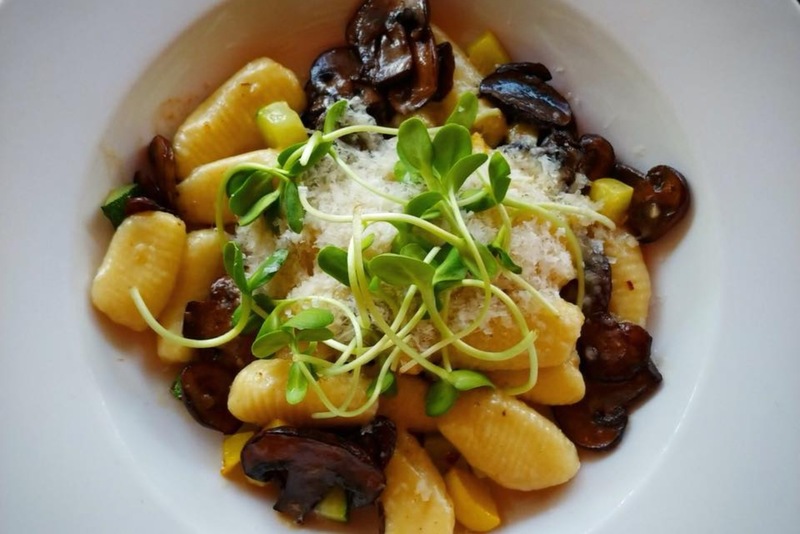 Columbia, Missouri
Whether or not you consider this part of the state to actually be in the South, you can find a wide range of fare — both Southern and otherwise — in Columbia, Missouri. If you'd like a nice night out, consider either Sycamore, which serves seasonal New American dishes and classic cocktails, or Murray's, a Jazz club that offers no-nonsense but well-prepared dishes an an impressive, rotating dessert menu. 44 Stone is a more casual choice, and it combines craft beer and a British pub-inspired menu. There are also plenty of places to grab barbecue, mostly Kansas City-style, but we recommend Shotgun Pete's Barbecue Shack for its BBQ Sundaes (yes, you read that right). And you can't leave Columbia without stopping into local dive, Booches, for burgers and billiards. 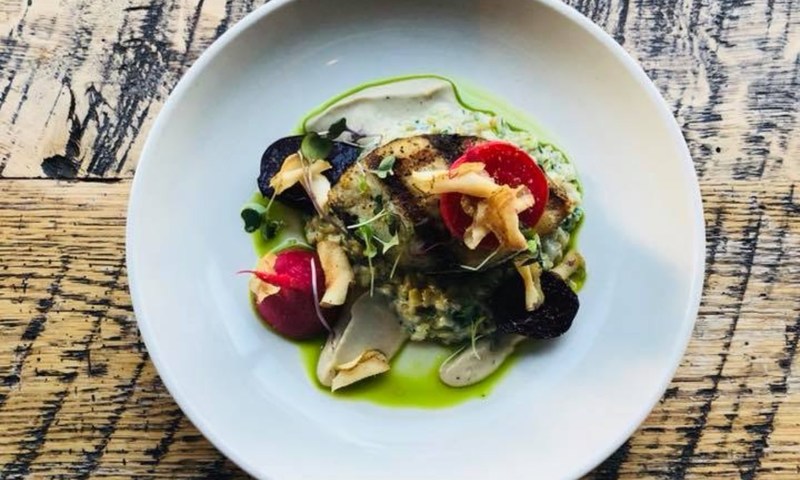 Columbia, South Carolina
Although it is the state's capital, Columbia has long played second fiddle to its eastern neighbor, Charleston. No more. The restaurant scene in Columbia is positively booming, and you can find everything from authentic Mexican food to high-end contemporary fare. Our favorite of the latter is a tie between Motor Supply Bistro, which has been serving farm-to-table cuisine since 1989, and The Oak Table, which serves up dishes like house-cured charcuterie platters and local quail cassoulet. Sustainable seafood restaurant, The Blue Marlin, is also a great choice for surf and turf and shrimp and grits. If you're looking for far more casual fare, try Drake's Duck-In, for can't-be-beat fried chicken sandwiches, or Palmetto Pig, for yellow sauce-drizzled pulled pork. 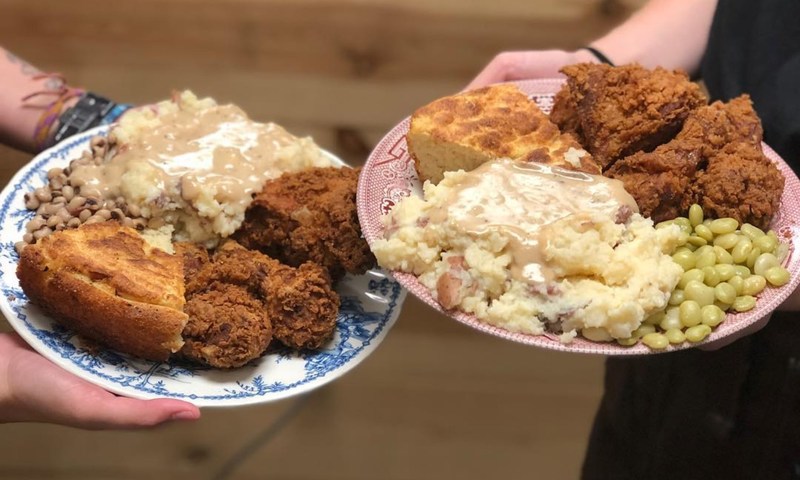 Fayetteville, Arkansas
Northwest Arkansas offers a blend of both Southern and Midwestern cultures, and Fayetteville certainly has both in spades. If you're looking for barbecue, head to nearby Johnson for ribs and burnt ends at Wrights. Or if an impressively affordable three-course dinner is more your style, try Bordino's. (Seriously, at only $25, plus just $5 for a wine pairing, this meal is a steal.) Southern Food Company serves American and Southern fare at lunch, plus two blue plate specials at dinner. Another option? Burgers and beer at basement-level Hugo's, which has been serving the city since 1977. Finally, if fried catfish is what you're after, you've got to check out The Catfish Hole, where you can also find rabid Razorbacks fans any given Saturday. 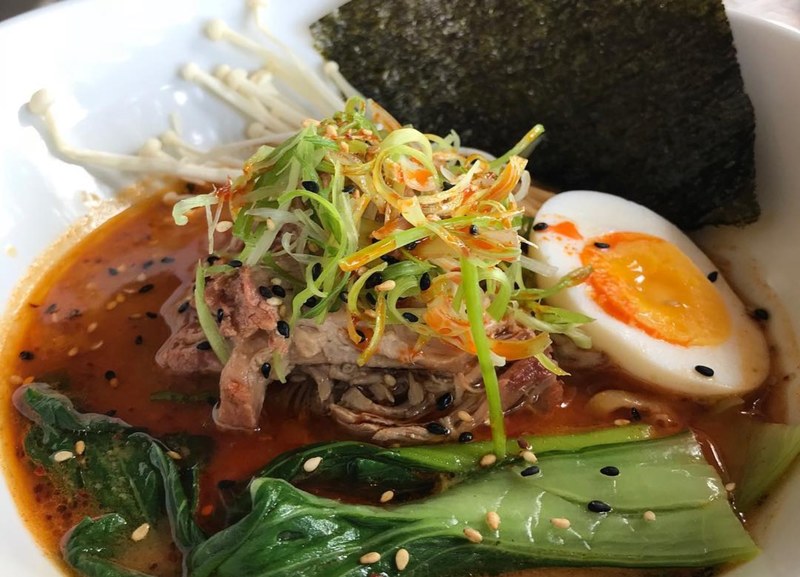 Gainesville, Florida
Gainesville, home to the University of Florida, boasts a wide range of cuisines, making for a melting pot of a culinary scene. The city has both a stellar French bakery — Uppercrust Provisions (just look at those cream puffs) — and Japanese ramen shop — Crane Ramen — making everything from scratch. You'd also be wise to stop in to Emiliano's Cafe for tapas-style Latin fusion, as well as Satchel's Pizza for an undergrad-friendly slice in a unique atmosphere. And if you really want to go all-out, get a reservation at Embers for wood-fried prime steaks with all of the sides. 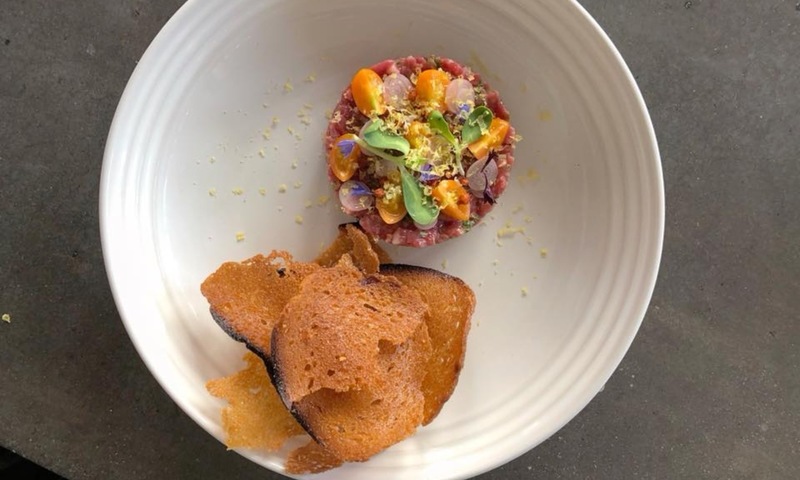 Knoxville, Tennessee
Another city that has long seemed a step sibling, at least culinarily, to its neighbor (looking at you, Nashville), Knoxville is now quietly becoming one of the most formidable dining destinations in the South. Two Blackberry Farm alumni, Matthew Gallaher and Joseph Lenn, have now, between the two of them, opened three restaurants in Knoxville: Gallaher's Knox Mason and Emilia, and Lenn's J.C. Holdway. Each are worthy of a visit. Other excellent places to eat? OliBea serves stellar brunch made with local ingredients. A Dopo is bringing serious Italian pizza to the state. And Chandler's Deli? Well, this barbecue and comfort food restaurant, located in a converted Taco Bell, is a Tennessee classic. 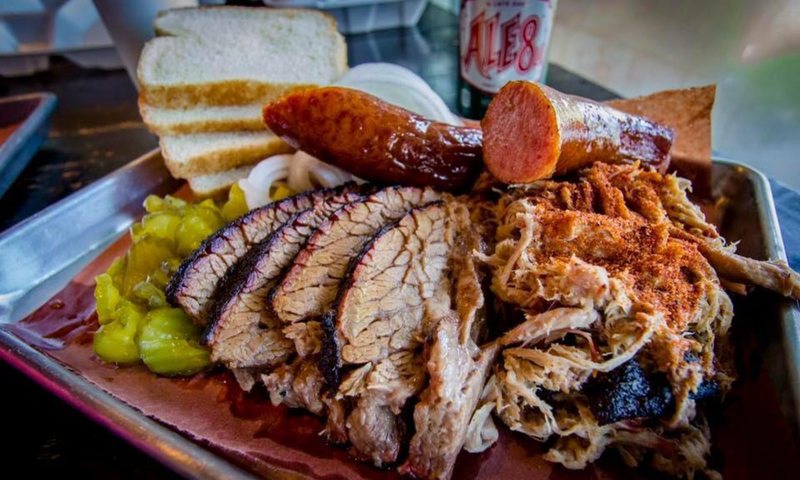 Lexington, Kentucky
There's more to do than watch horse races and sip bourbon in Lexington. (Although we'd never say no to either, and if you're gonna sip bourbon, head to Bluegrass Tavern for the largest bottle selection in town.) For a high-end diner, check out both Lockbox, which also serves a fine selection of local bourbon, and Dudley's on Short, which has serving locally-sourced Southern fare since 1981. If it's barbecue you're after, try Blue Door Smokehouse; it offers all of the classics with a trio of sauces and just about any side dish you could want. Or, if you'd prefer solid American fare, like burgers and shakes, stop in to undergrad-favorite Tolly Ho. 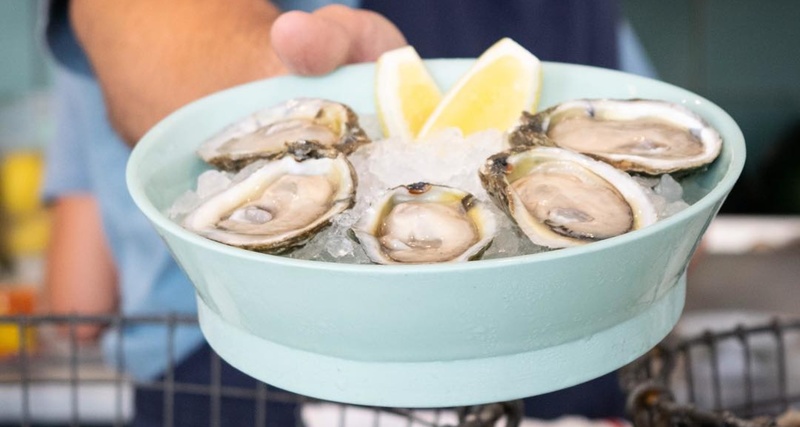 Nashville, Tennessee
It'd be a challenge to visit Nashville without having an amazing culinary experience. From star chefs to young, talented upstarts, the city is positively bursting at the seams with excellent restaurants. In fact, there's no way for us to include all the greatness in this short paragraph. So, to make it easy, here's a short(-ish) selection of some of our favorites. In the fine dining category, try: Husk, the Nashville outpost of Sean Brock's flagship restaurant; Josephine, a serving "contemporary farmhouse" cooking; Treehouse, a hyper-seasonal Southern restaurant; and The Catbird Seat, a chef's table that serves just 22 guests at a time. For slightly more scaled down meals, you must visit: Rolf and Daughters, Henrietta Red, Margot Cafe and Bar, and Butcher & Bee. And your visit would not be complete without a meat-and-three meal from Arnold's Country Kitchen, hot chicken from Prince's, pizza from Nicky's Coal Fired and just about any meal from the brand-new Woolworth on Fifth. 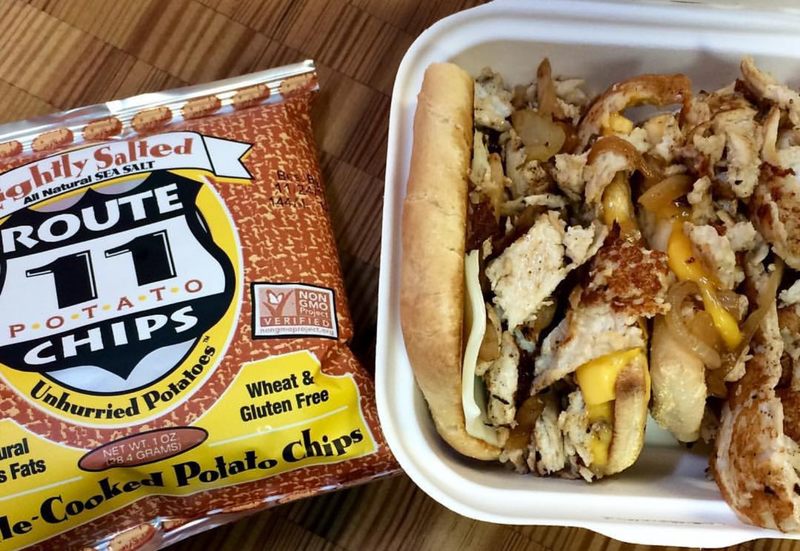 Oxford, Mississippi
Chef John Currence may dominate the conversation when it comes to Oxford dining (and, between City Grocery, Snackbar, Bouré and Big Bad Breakfast, his restaurant group certainly deserves the acclaim), but there's more to this town. For a different type of breakfast, head to Bottletree Bakery for excellent pastries and muffins that won't completely weigh you down. Oxford Canteen, an all-day restaurant, is likewise a great choice for everything from avocado toast to beef brisket grilled cheese. Ajax Diner is an institution in Oxford and claims to be Eli Manning's favorite restaurant. For fried fish, you've got to visit Taylor's Grocery (make sure to BYOB for your wait in line), and the best barbecue in town can be found at Handy Andy. 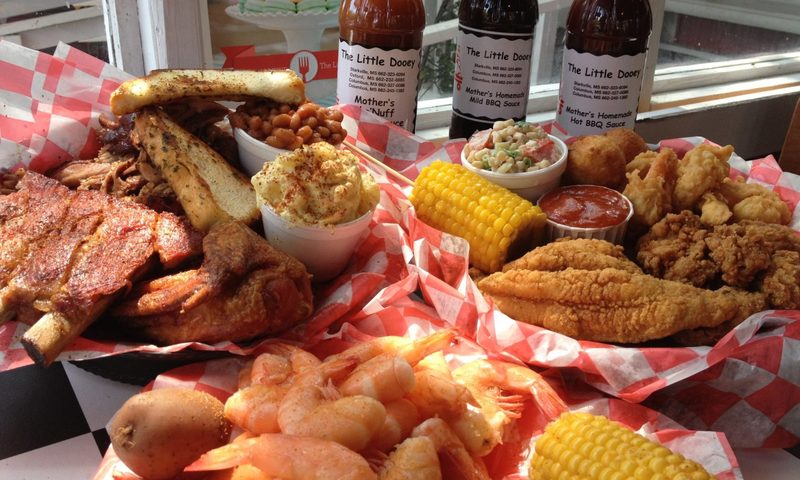 Starkville, Mississippi
Eating out in Starkville means indulging in good old fashioned Southern classics. Stop in to The Biscuit Shop for an array of always-from-scratch biscuits and breakfast sandwiches. (Sausage and RoTel! Roast beef and provolone! Buffalo chicken!) For barbecue, fried catfish and hot tamales, head to The Little Dooey, a Starkville institution since 1985. Or, if you're looking for a slightly more dolled up evening, visit Restaurant Tyler, which serves elevated Southern cuisine made from local ingredients. 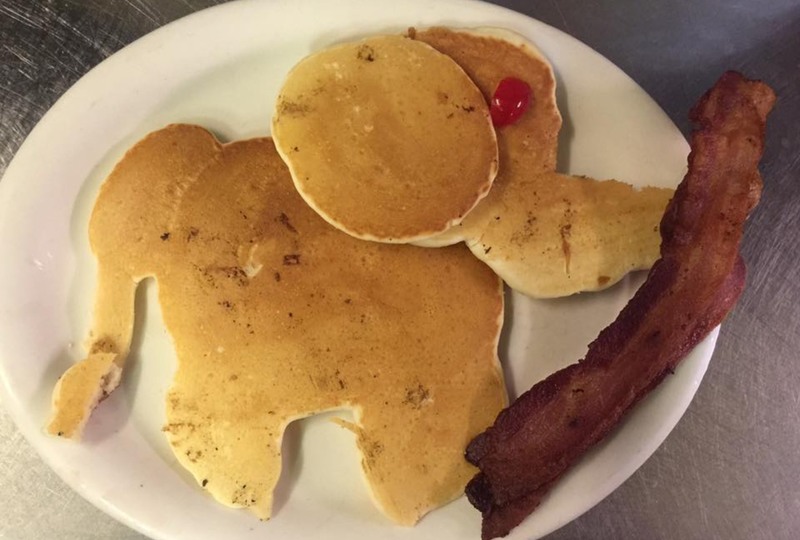 Tuscaloosa, Alabama
Back in Alabama, the home of the Crimson Tide is also the home of a famous Southern barbecue restaurant, Dreamland, which got its start in Tuscaloosa in 1958. (Its competitor, Archibald's, is also worth a visit.) Other restaurants of note include the Avenue Pub, which serves elevated bar food and sandwiches, and Southern Ale House, which throws contemporary Southern fare into the mix with craft beer. The Waysider is the place to be for brunch, and City Cafe will satisfy your cravings for a country-style meat-and-three. Finally, make sure to visit The Side by Side, a contemporary American restaurant from Chef Chris Hastings, of Birmingham's Hot and Hot Fish Club.

We found the most opinionated tailgater in the South

How to throw the ultimate tailgating party

We found the most opinionated tailgater in the South

How to throw the ultimate tailgating party