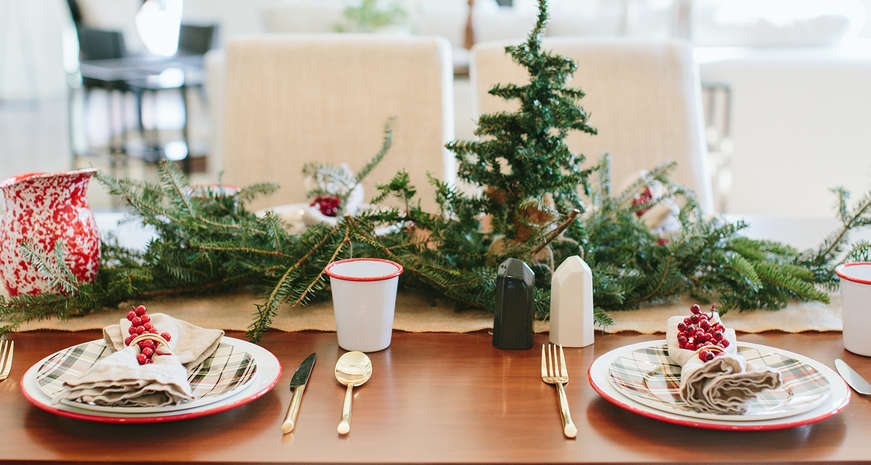 The best places to eat an unconventional dinner for Christmas

Christmas dinner is the perfect time to bring together family and friends around a table of delicious food. But that table doesn’t have to be in your home. It’s okay to break with tradition and celebrate Christmas dinner in a restaurant.

Southern restaurants are catching on to this growing trend and creating memorable dinner menus you’ll be happy to enjoy without the stress during this busy time of year. Head to these Southern restaurants if you want to do Christmas dinner a little differently this year.

New Orleans, Louisiana
In New Orleans, the holidays are a time to awaken the senses, and a Reveillon dinner is the perfect place to do just that. According to the French Quarter, the dinners "began as a family tradition enjoyed in the home [and are] now an extravaganza of good food and festive spirits.” Menus at modern Reveillon dinners include everything from Creole dishes to contemporary American food. At Tujague’s Restaurant, Reveillon is a tradition that has been a part of the restaurant's fabric since it was established in 1856. Some of “its traditional specialties include shrimp and goat cheese crepes with a chardonnay Creole cream; grilled center-cut double pork chops with roasted sweet potatoes, swiss chard, and Steen’s apple glaze; and white chocolate bread pudding with bourbon caramel sauce.” Yum.

Réveillon dinners are coming up, y'all! See how it all got started #OneTimeInNOLA: https://t.co/36FmOoouvc pic.twitter.com/91Uk3UUuxx

Miami, Florida
Using the best Floridian ingredients, the menu at the Nautilus Cabana club marries “the cuisine of Southern France with a Miami palate.” And it will be pulling out all of the stops for Christmas. The holiday feast will include Champagne, seafood ceviche, a whole-pig carving station, prime rib and delicious desserts like tres leches and blueberry tarts, reported Eater Miami.