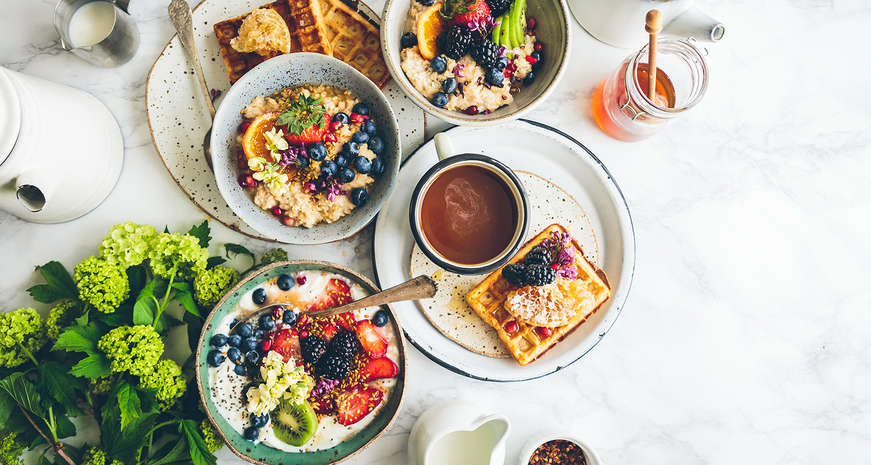 Vegan dining is not as simple as it seems, and creating a vegan-friendly restaurant is even harder. Not all vegans want just a salad every time they go out to eat at a restaurant. They want plant-based options that are delicious and exciting.

Luckily, the restaurant industry is transforming, and more vegan options are popping up across the country. And yes, even in the South chefs are stepping outside the box and creating innovative vegan options that will appeal to vegans and possibly even meat eaters.

We've gathered together their Southern picks, and added a few of our own, to make sure you and all of your plant-based friends find the best food in the biz.

Alabama
Chef Will the Palate
The best vegan option in Alabama is on wheels. Chef Will the Palate’s food truck can be found can be found in Huntsville and it offers customers a healthy alternative lunch option. In the kitchen, chef Forest Wilson, who is a longtime chef and vegetarian, is creating food that will put you in a vegan food coma, such as “Southern-inspired, blackened smoky tofu over greens, cumin-spiced black bean tacos and herb-forward crusty avocado sandwiches.” 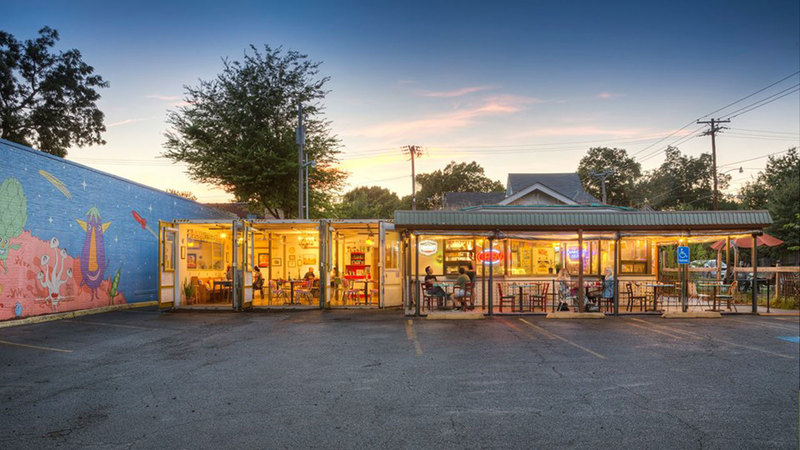 Arkansas
The Root Café
This casual restaurant offers great vegan and non-vegan food, with its ingredients almost entirely sourced from within the state. The coffee at The Root Café as is even locally roasted, and if you want to know an ingredient's origins, all producers are listed on its website. The menu is also coded, so at a quick glance you can see which items are vegetarian or vegan. 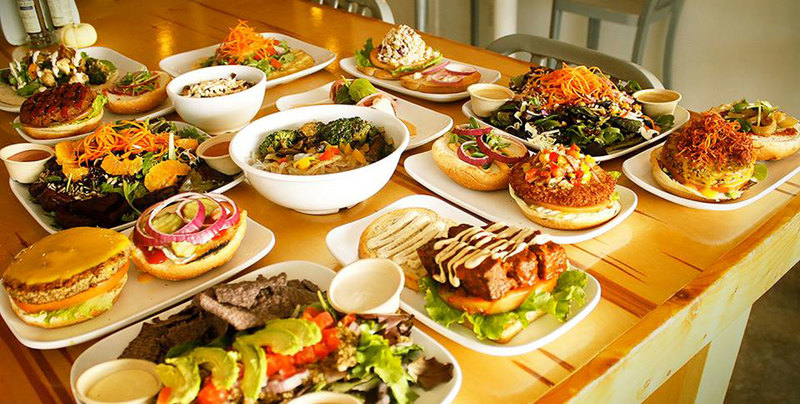 Green Bar Kitchen
Based out of Ft. Lauderdale, Green Bar Kitchen offers breakfast, lunch and assorted beverages. The menu stretches from carrot cake overnight oats to the Impossible Burger, which is topped with lettuce, tomato and onion. Either way it goes, if you're vegan — or vegan curious — there are no shortage of choices here.

The Vegan Hot Dog Cart
Just because you're vegan doesn't mean that you have to kiss hot dogs good-bye. Thanks to The Vegan Hot Dog Cart in Orlando, patrons can get their cravings satiated. There isn't really much difference between a "traditional" hot dog and these vegan ones — they truly look identical.

Georgia
The Grit
The Grit is an institution in Athens that has been serving up delicious dishes for the past thirty years. The restaurant is known for turning Southern staples into vegan-friendly options. For example, biscuits and gravy are transformed into biscuits and yeast gravy with a side of "soysage" patties. 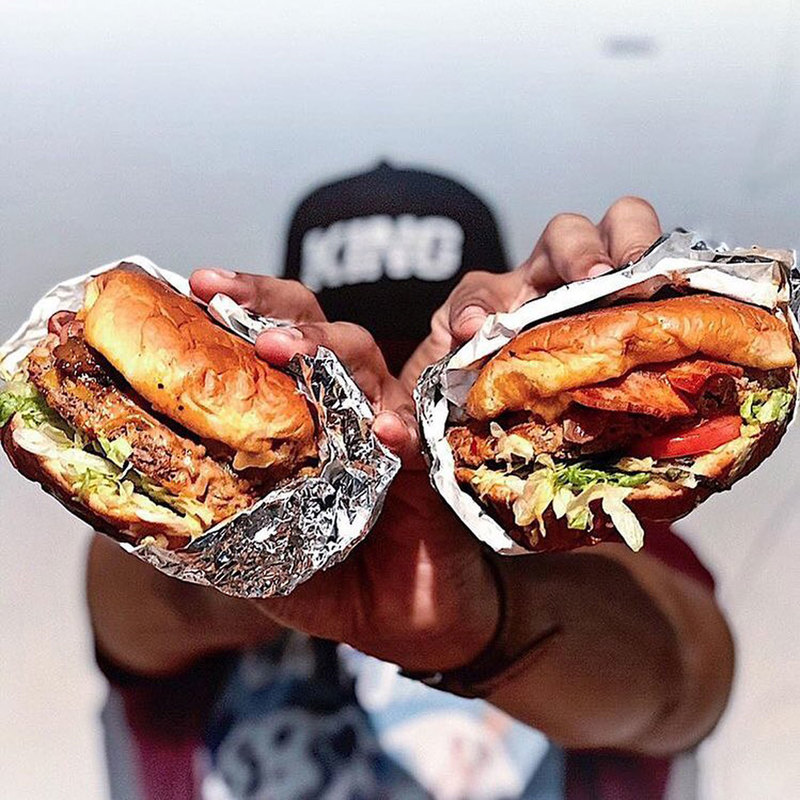 Kentucky
Roots and Heart & Soy
Situated under the same roof, Roots and Heart & Soy are vegetarian restaurants that feature Asian-inspired dishes created by owner Coco Tran. The menus feature contemporary takes on traditional Southeast Asian flavors, such as a plant-based Korean rice bowl, deep-fried spring rolls, Vietnamese crepes and tofu that is made in house by Tran herself. 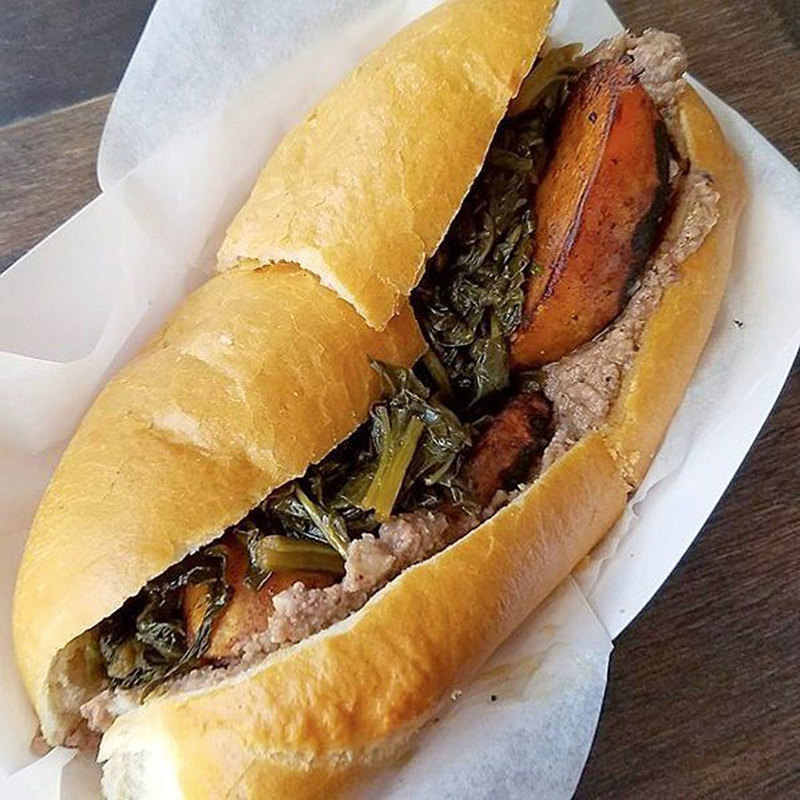 Louisiana
Killer PoBoys
In New Orleans, if you’re not eating a po’boy you’re not getting the full NOLA experience. At Killer PoBoys in the French Quarter, the vegan options on the menu include a “sweet potato po’boys slathered with black-eyed pea and pecan spread, popped with pickled shallots … [or a po'boy] featuring toothsome yet melty caramelized cauliflower, sandwiched between bread that’s perfectly soft on the inside and crackles with a crust on the outside.” 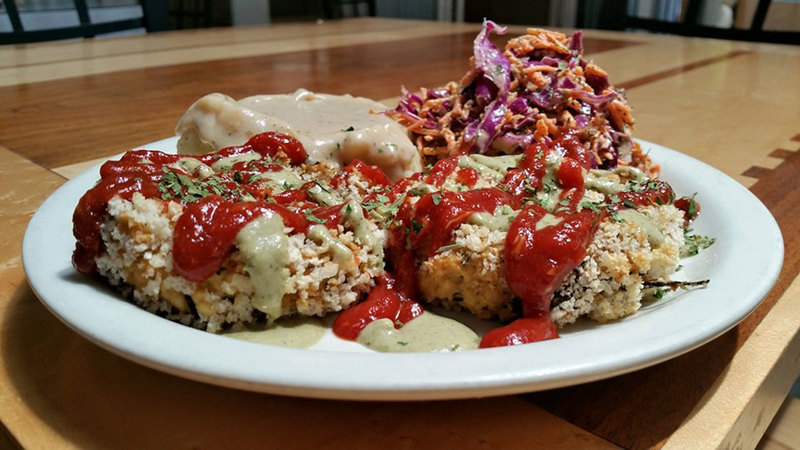 Mississippi
High Noon Café
At High Noon Café in Jackson, vegan food is full of flavor and spice. The menu includes many meat-free options that are made from scratch each day. From enchiladas verdes and taco soup to eggplant Parmesan and famous Down Home Chili, High Noon knows how to add flavor and create healthy meatless meals.

North Carolina
Happy + Hale
Since 2014, Matt Whitley and Tyler Helikson have been serving up everything from cold-pressed juice to avocado toast at Happy + Hale. The restaurant doesn’t stick to traditional Southern food and instead brings the influences of Southern California east. Even though the food isn’t regional, it still delivers on innovation and flavor. Some favorites include quinoa bowls, avocado toast served with French lentils and a splash of Sriracha, and customizable salads. The restaurant’s menu has vegetarian, vegan and gluten free options.

South Carolina
Jack of Cups
Located in downtown Charleston, nothing is a bad option on the Jack of Cups menu. Everything is made from scratch daily so you know you’ll be getting a fresh vegetarian or vegan meal no matter what item you choose. Some of the menu items on the current fall menu include Thai peanut ginger soup, green curry mac and cheese and bánh mì spring rolls. The menu also has an option to add either pulled pork or chicken to a dish, so feel free to bring along your meat-loving friends. 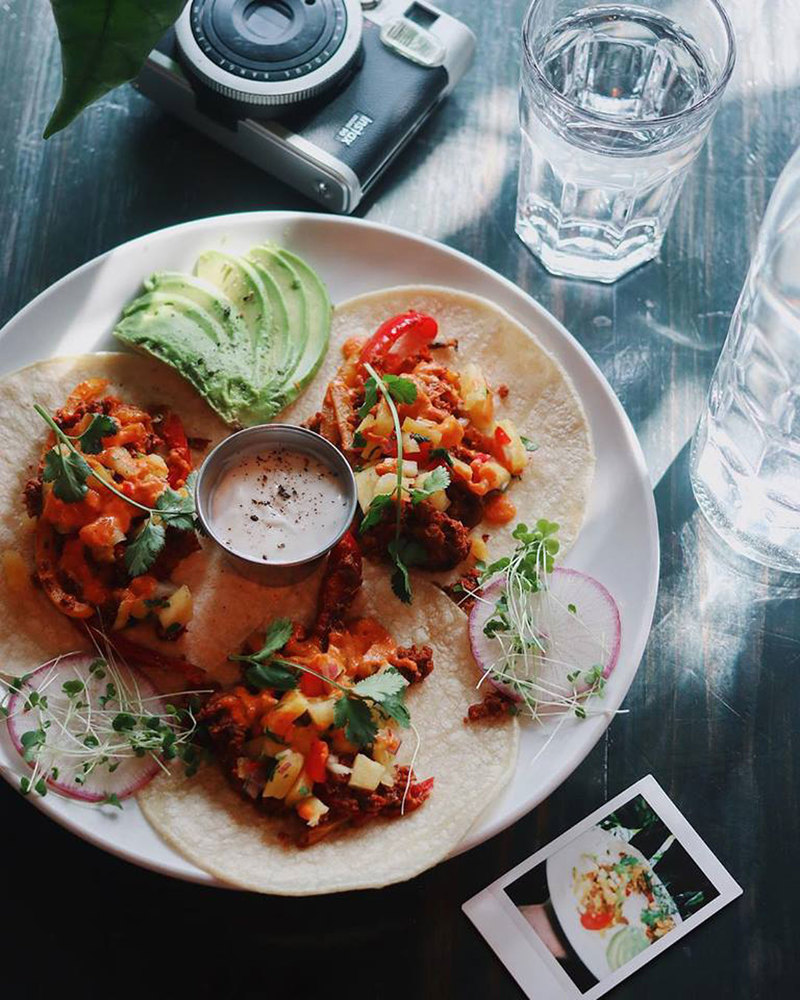 Tennessee
Avo
Avo, an all vegan and raw restaurant, calls a shipping container home in Nashville and gives vegans a cool place to enjoy a plant-based menu in a city that focuses heavily on barbecue. Nothing on the plant-based menu, including zucchini noodle pad Thai and a flax crust pizza with a nut-based ranch, is heated beyond 118 degrees. It doesn’t get much rawer and greener than that.

Texas
Bouldin Creek Café
If you’re craving a vegan brunch, head to Bouldin Creek Café in Austin. The restaurant knows how to make a breakfast taco in various vegetarian and vegan friendly forms. The Tofu Ren is a stand out on the menu and is created by combing caramelized peppers, tofu, onions and nutritional yeast to create the perfect vegan scramble. 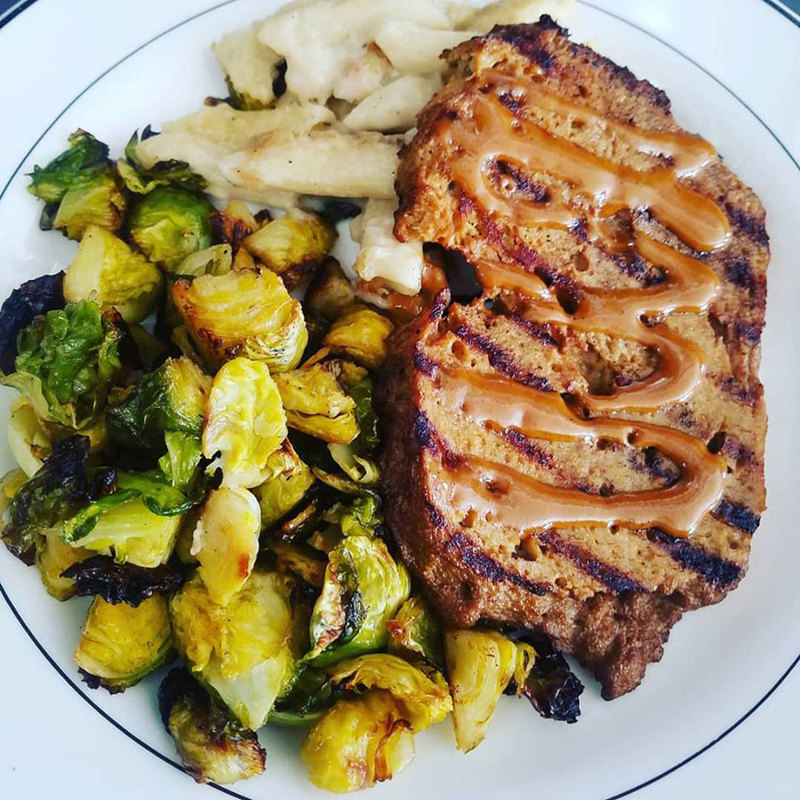 Virginia
Fresca on Addison
Fresca on Addison is run by Jenna Sneed, who’s been a vegetarian since she was nine, and her father, who still eats meat. “Their partnership is emblematic of what plant-based cuisine should and could be: transcending boundaries, generations, and appealing to omnivores and vegans alike,” noted Travel and Leisure. Warm up this winter with the curried butternut squash soup. Or if you're craving a burger, order the lentil burger, which is slathered in avocado and red onion. More in the mood for pizza? Fresca has that too.

West Virginia
Bluegrass Kitchen
Southern classics like fried chicken and pan seared trout rule the menu at Bluegrass Kitchen, but if you’re looking for a plant-based option, this restaurant offers many vegetarian dishes as well. The mock chicken and dumplings, quinoa veggie burger, blackened tofu salad and deep fried tofu wings are some of the flavorful vegetarian alternatives you can find on the menu. The kitchen is very accommodating and many menu items can be made into a strictly vegan option if you ask.