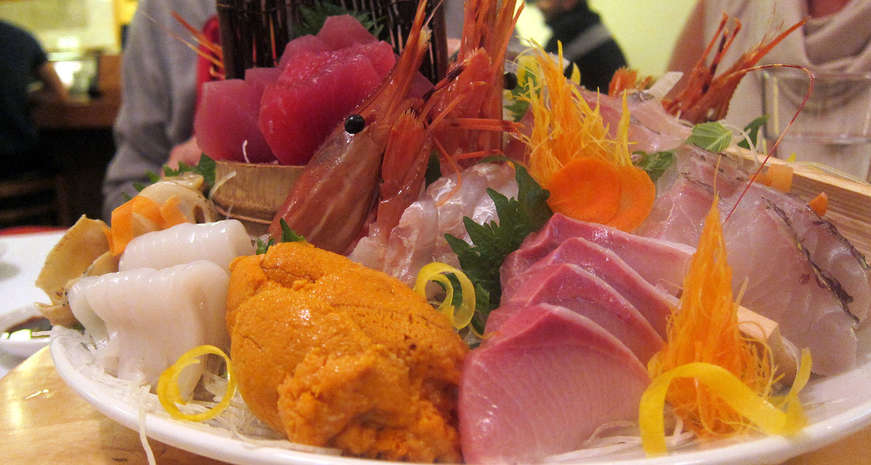 If you live in Atlanta, you likely know that one of the best streets for good eats stretches far out into the suburbs and includes restaurants serving cuisines as wide ranging as Cuban, Salvadoran, Korean and Japanese. Yep, we're talking about Buford Highway.

First, to truly understand and appreciate how Atlanta came to host a street containing some of the country's most multicultural dining, we need to go back to the 1960s and 1970s. During that time, the northeastern Atlanta suburbs of Norcross, Doraville and Chamblee were largely populated by white, working-class families, many of whom were employed by the Doraville General Motors Assembly. In the 1970s and 1980s, Atlanta's burgeoning immigrant population — namely, Korean, Vietnamese and Chinese — settled in this area where housing was plentiful and affordable.

The construction boom and lax immigration laws preceding the 1996 Summer Olympics brought an influx of Mexican and Central American workers to Atlanta, many of whom put down roots along Buford Highway. As these communities developed and flourished, some immigrants began to open restaurants that showcased their native cuisines.

Throughout the 1990s and 2000s, Buford Highway saw the emergence of restaurants that showcased some of the great cuisines of the world, with no adaptation for American palates. Now, this is purely conjecture, but I believe that chefs and food writers were among the first American-born residents to raise awareness and extol the glories of these fantastic under-the-radar dining halls.

Because the street is just so gosh-darn long, it can be hard to suss out at just which restaurants to dine. But, never fear, I've done the hard work for you, and picked a baker's dozen of my favorite restaurants from Brookhaven to Duluth. And in case you need help ordering, I've also included the best dishes on each menu. Use the image below as your guide, or check out the full listings (with addresses, natch), at the bottom of the page. 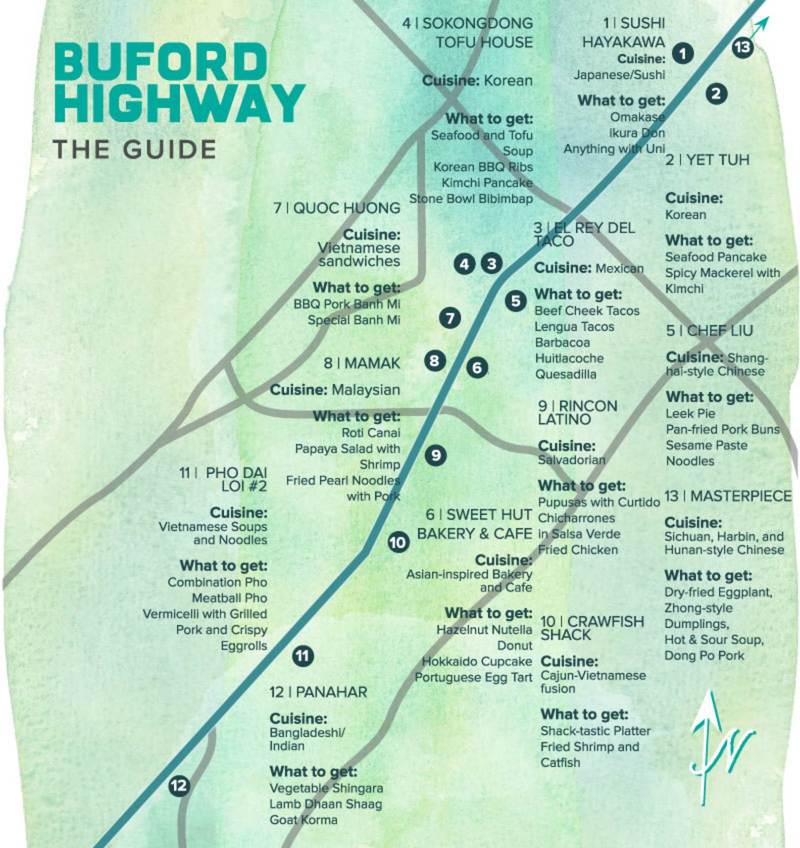 Panahar
3375 Buford Highway NE, Suite 1060
Atlanta, GA 30329
Cuisine: Bangladeshi/Indian
What to get: Vegetable Shingara, Lamb Dhaan Shaag, Goat Korma
Insider Tip: Panahar offers a lunch buffet, which is the best way to sample as many dishes as possible at a killer value. 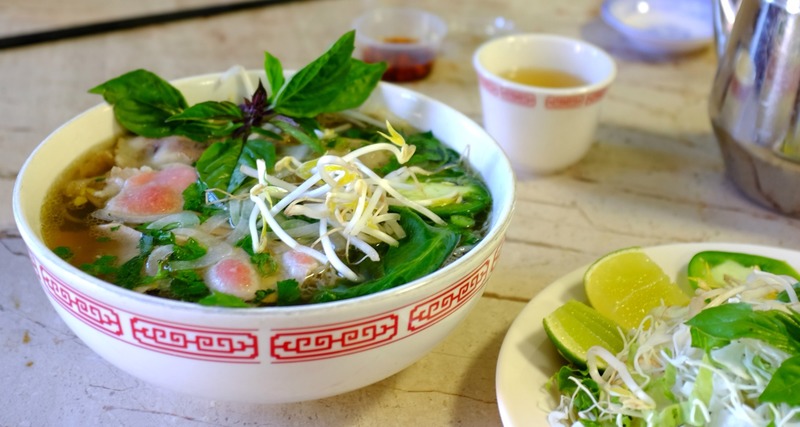 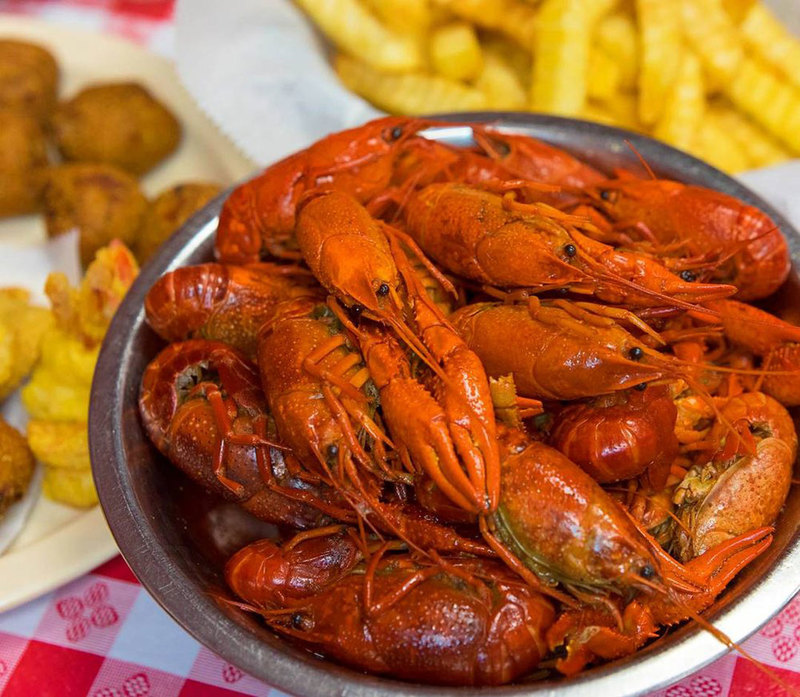 Crawfish Shack
4337 Buford Highway
Atlanta, GA 30341
Cuisine: Cajun-Vietnamese fusion
What to get: Shack-Tastic Platter, Fried Shrimp, Fried Catfish
Insider Tip: If you love whole boiled crawfish, make sure to visit Crawfish Shack anytime from March through May, when mudbugs are at their peak.

Rincon Latino
5055 Buford Highway NE
Doraville, GA 30340
Cuisine: Salvadorian
What to get: Pupusas with Curtido, Fried Chicken, Chicharrones in Salsa Verde
Insider Tip: Pupusas are thick tortillas stuffed with a variety of fillings — cheese, beef, beans, loroco (flower buds) — and served along side tomato salsa and a pickled cabbage dish called curtido. They're basically like quesadillas on steroids: order several different fillings and share with your friends ... or eat them all yourself. Your secret's safe with me. 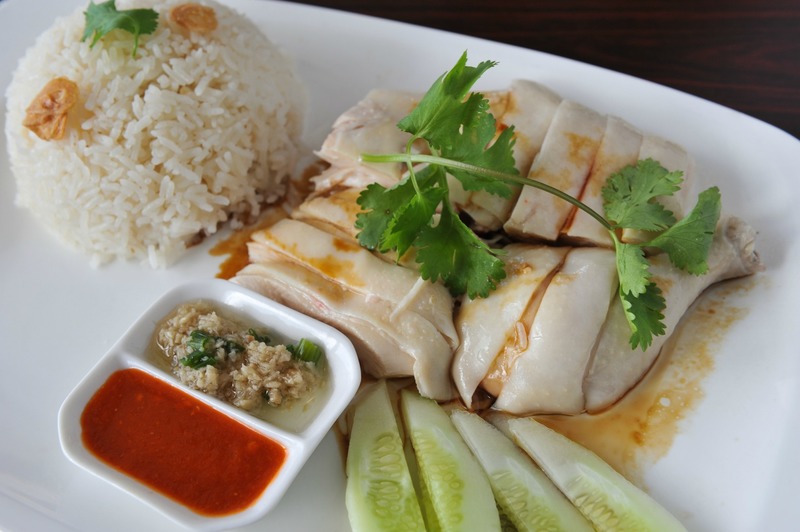 Mamak
5150 Buford Highway NE
Doraville, GA 30340
Cuisine: Malaysian
What to get: Roti Canai, Papaya Salad with Shrimp, Fried Pearl Noodles with Pork, Hainanese Chicken
Insider Tip: To get the most out of your Mamak experience, order at least one dish from each section of the menu. And always start with roti canai: the warm flatbread is outstanding when dunked in a savory, spicy curry sauce with chicken and potatoes. 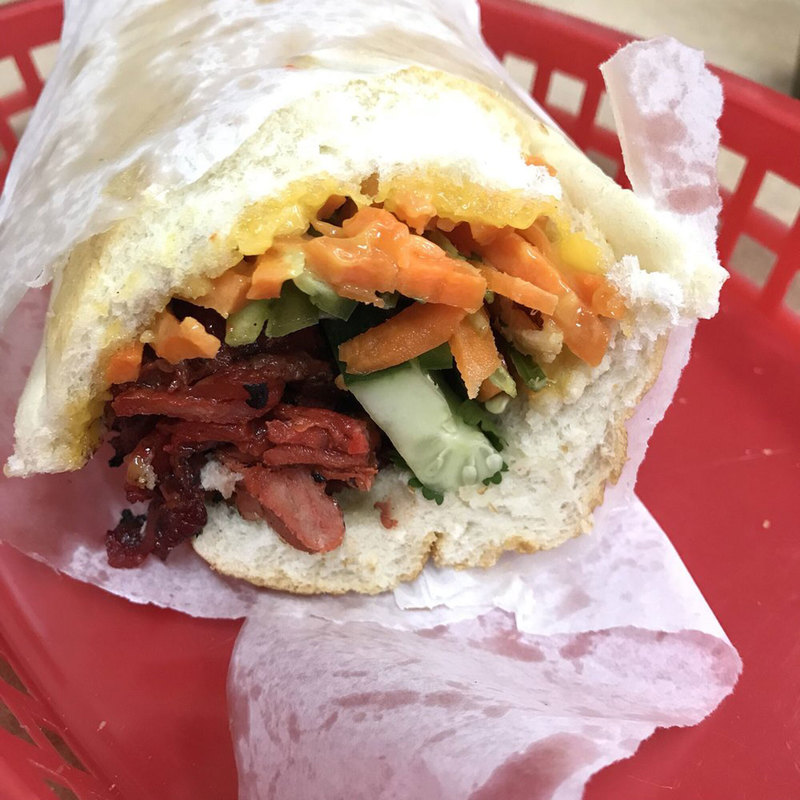 Quoc Huong
5150 Buford Highway NE
Doraville, GA 30340
Cuisine: Vietnamese sandwiches
What to get: BBQ Pork Banh Mi, Special Banh Mi
Insider Tip: People may declare their love of banh mis from other establishments along Buford Highway. I think the warm, crusty bread and smoky barbecued pork is just a cut above at Quoc Huong. Also, each sandwich only costs $2.50-$3.50, and if you buy five, you'll get one free. A fantastic deal! 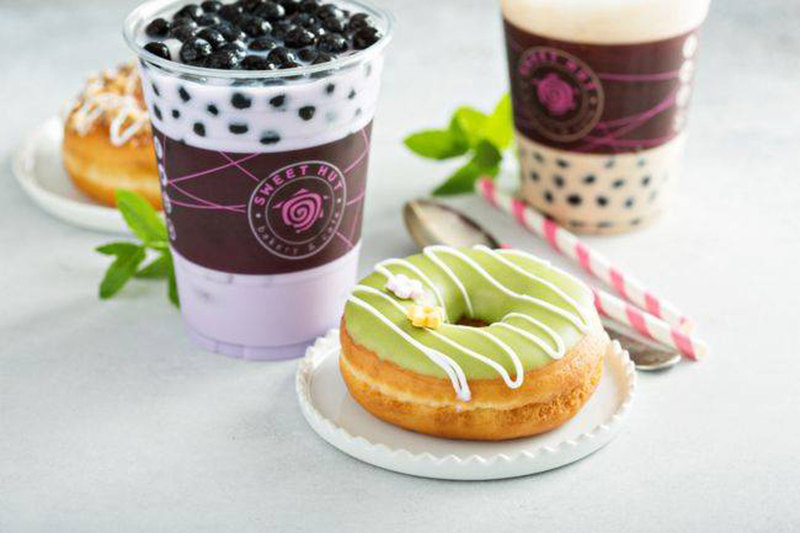 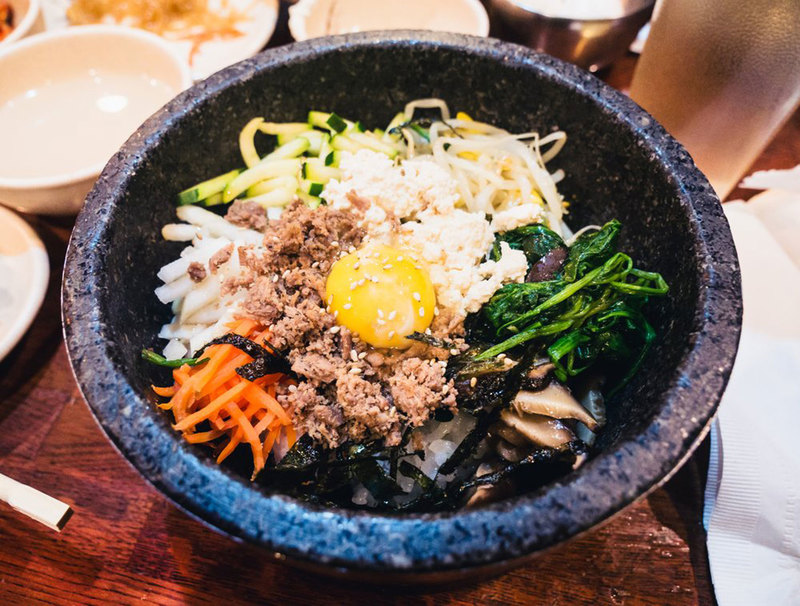 Sokongdong Tofu House
5280 Buford Highway NE
Doraville, GA 30340
Cuisine: Korean
What to get: Seafood and Tofu Soup, Korean BBQ Ribs, Kimchi Pancake, Stone Bowl Bibimbap
Insider Tip: Bibimbap is Korean comfort food at its finest: rice, vegetables and egg yolk, topped with protein (they use tofu here) all designed to be mixed together inside of a hot stone bowl. The stone bowl causes some of the rice to become crispy, almost like the socarrat of a good paella. Sokongdong offers a combination dinner where you can order the bibimbap with a small portion of their Korean short ribs. This is the best jumping-off point if you're new to Korean cuisine. 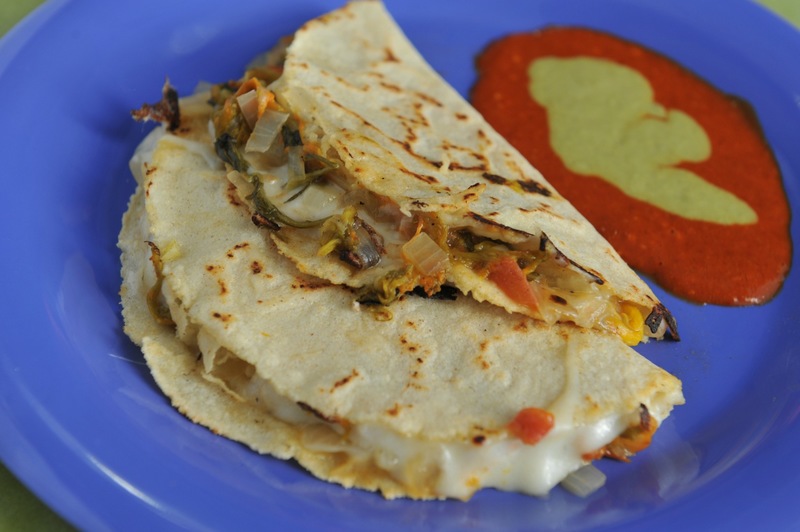 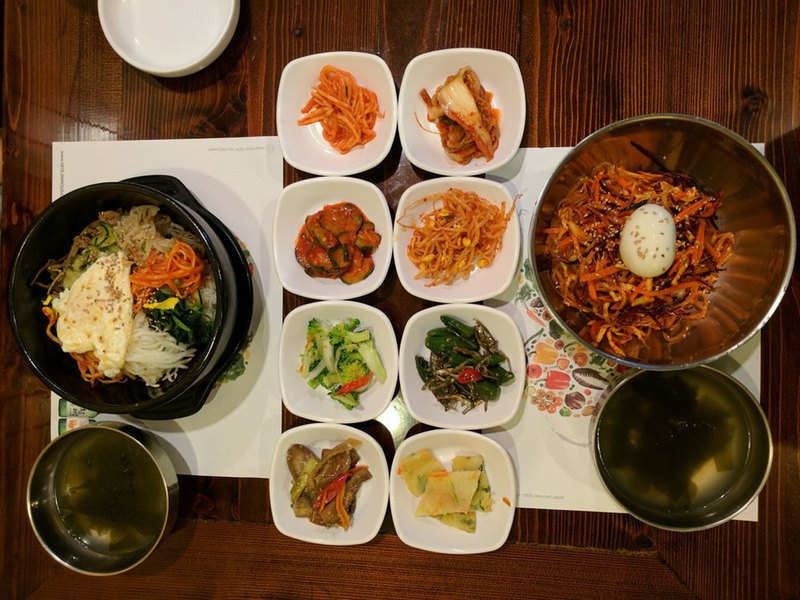 Yet Tuh
3042 Oakcliff Rd
Doraville, GA 30340
Cuisine: Korean
What to get: Seafood Pancake, Spicy Mackerel with Kimchi
Insider Tip: Spicy fermented kimchi is the perfect counterbalance to naturally oily mackerel, which Yet Tuh pairs in a hearts, flavorful stew. Skip the bibimbap and choose one of the pancakes instead. The kimchi pancake may get much of the positive press, but I found the seafood pancake to hold together a little better and run less risk of flavor redundancy when served with the banchan at the start of the meal. 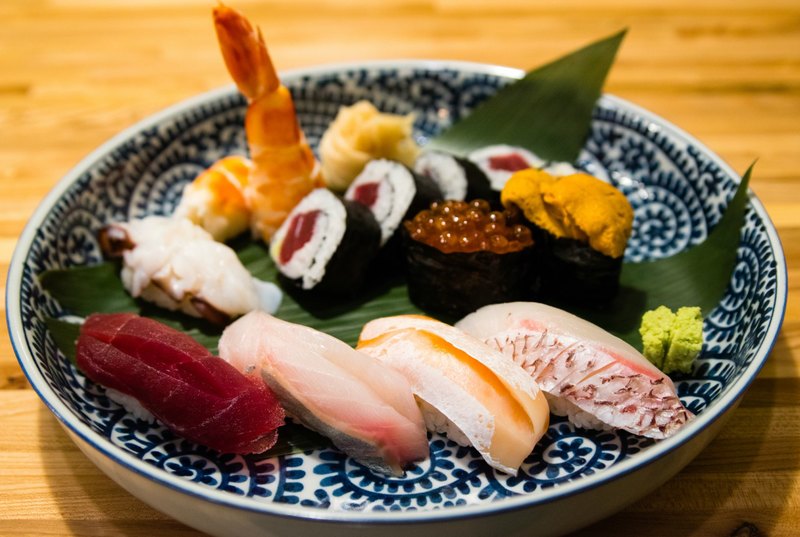 Sushi Hayakawa
5979 Buford Highway NE
Atlanta, GA 30340
Cuisine: Japanese/Sushi
What to get: Omakase, Ikura Don, Uni
Insider Tip: Chef Art Hayakawa is the only man in the kitchen who handles the fish, so be prepared to wait a bit for your meal. Put yourself in his hands by ordering the omakase (a Japanese phrase that translates to "I'll leave it in your hands") and letting the chef determine your meal. Much of the fish comes directly from Tokyo's Tsukiji Fish Market, and is of the utmost freshness. 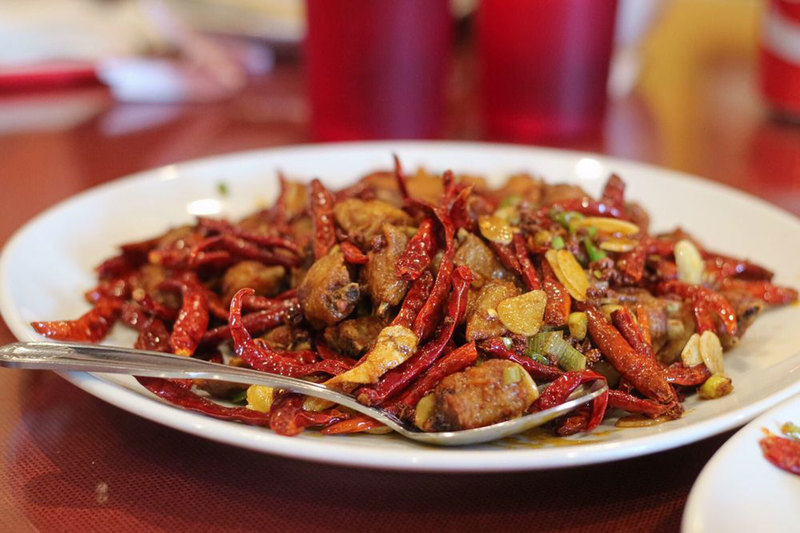 Want more Atlanta dining? Check out our city guide to eat like a local.