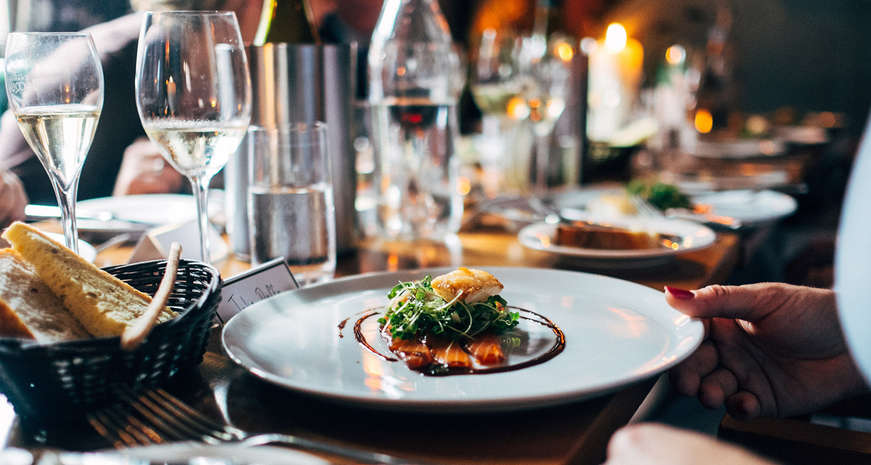 Sometimes the food we find on Instagram is almost too pretty to eat. If you don’t have enough mouth-watering pictures of Southern food coming up in your Instagram feed, we’ve got you covered — we found some of the best chefs in Tennessee to follow on Instagram. These Southern chefs come from different backgrounds, and their Instagram accounts offer a peek into their lives both in and out of the kitchen. Find out their tips and tricks and maybe even find some inspiration for your own cooking. 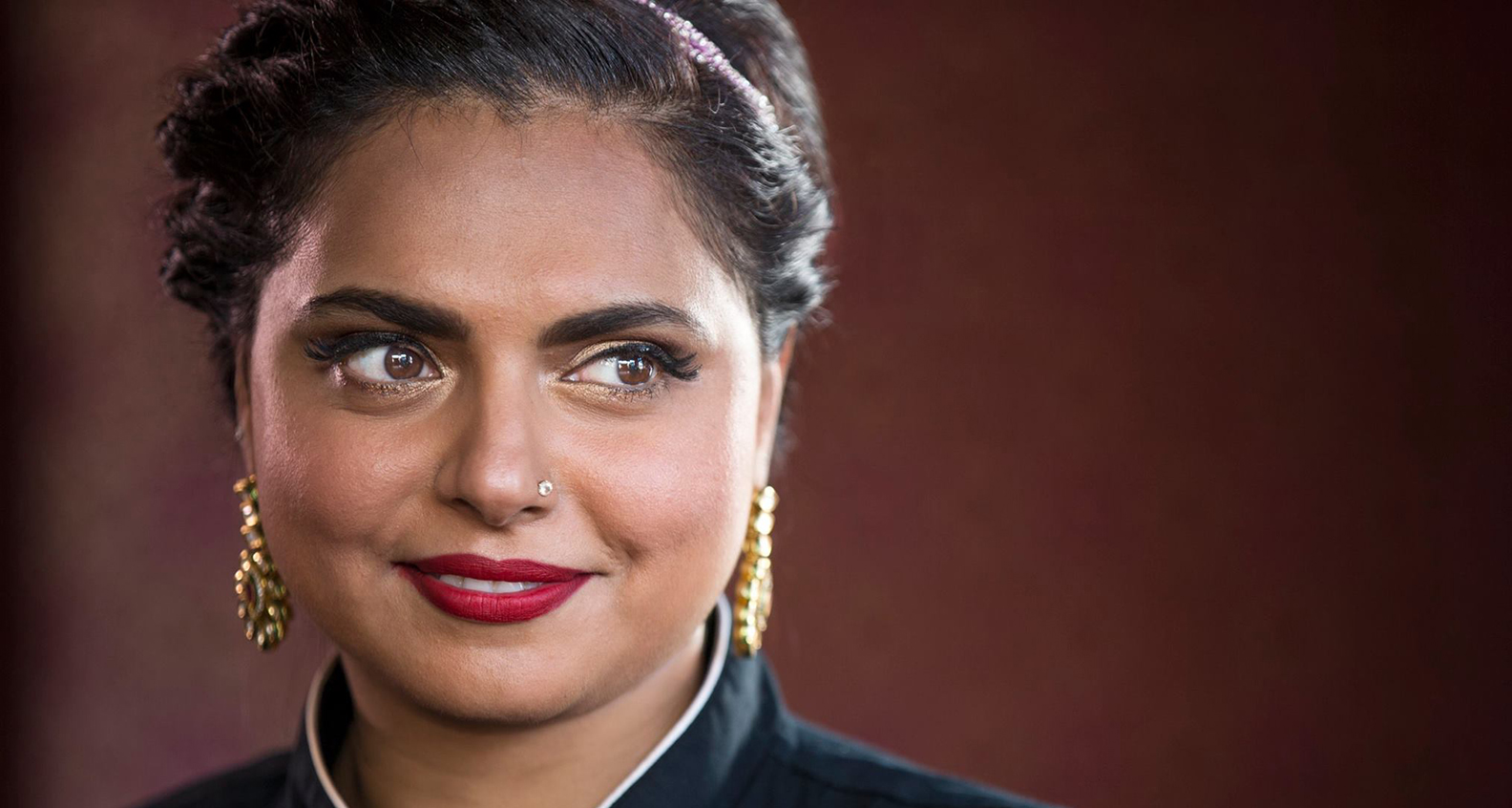 If you’re a fan of Food Network, you probably recognize James Beard Award-winning chef Maneet Chauhan’s face. She’s brought her bright smile and fierce cooking skills to Food Network’s “Iron Chef” and “The Next Iron Chef.” Today, when she isn’t busy judging Food Network’s “Chopped,” she’s cooking at her restaurant, Chauhan Ale & Masala House, which opened in Nashville in 2014. On her Instagram feed, she shares photos of events, like The Sun Wine and Food Festival, fun videos of dessert being assembled, and snaps of all kinds of food, such as Peking duck. 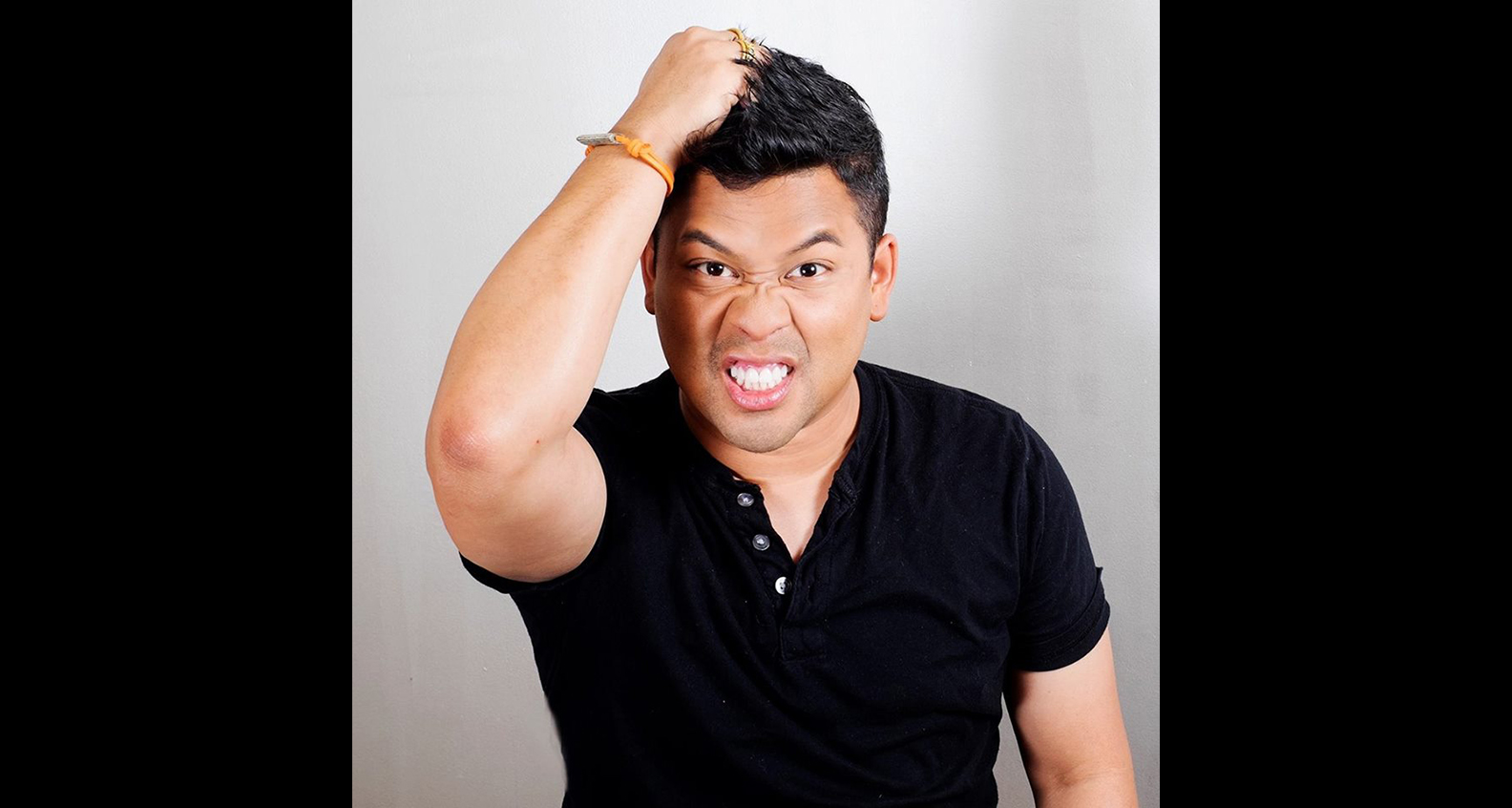 Chef Arnold Myint has one of the biggest personalities in the South. Born and raised in Nashville, Myint has made a name for himself with his three restaurants: BLVD, PM and Suzy Wong’s House of Yum, the last of which is named after his drag-queen alter ego. He has also competed on Food Network’s “Food Network Star” and Bravo’s “Top Chef.” On his Instagram feed, Myint shares videos of fresh fish and food he’s eating, snaps of cooking with other chefs, and his transformation into Suzy Wong. 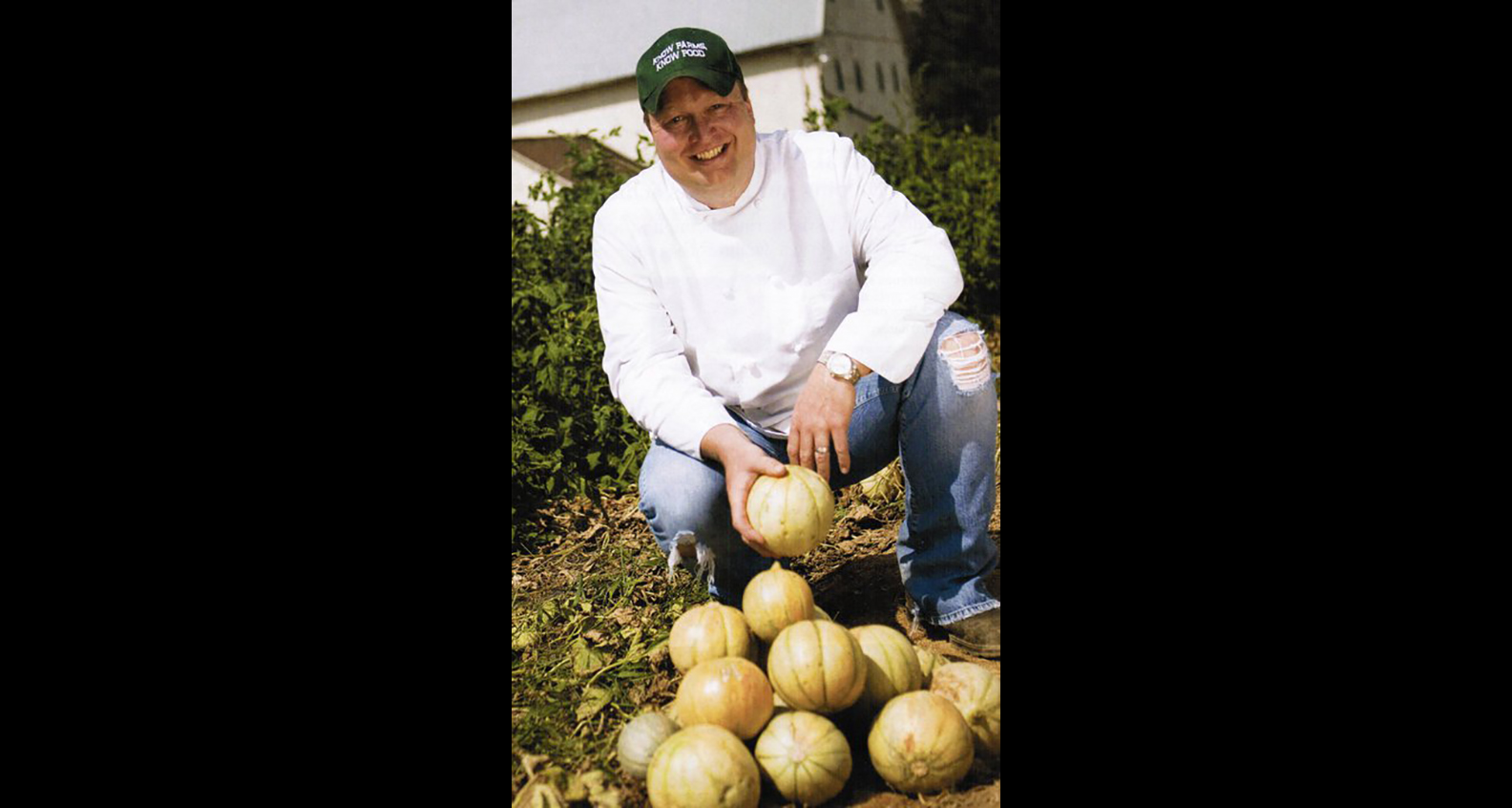 Chef Andrew Little takes farm-to-table to a whole new level with his cooking. Little’s ground-to-gourmet philosophy is a hands-on approach that begins in the ground and ends at the table. He believes there should be a story behind each meal. Last year, Little was a James Beard Award semifinalist in the Best Chef Southeast category. On his Instagram feed, he shares the dishes on the menu at Josephine, videos of corn being milled in the kitchen, the kitchen staff playing in the snow, and plenty of one of our favorite Southern dishes — fried chicken and waffles. 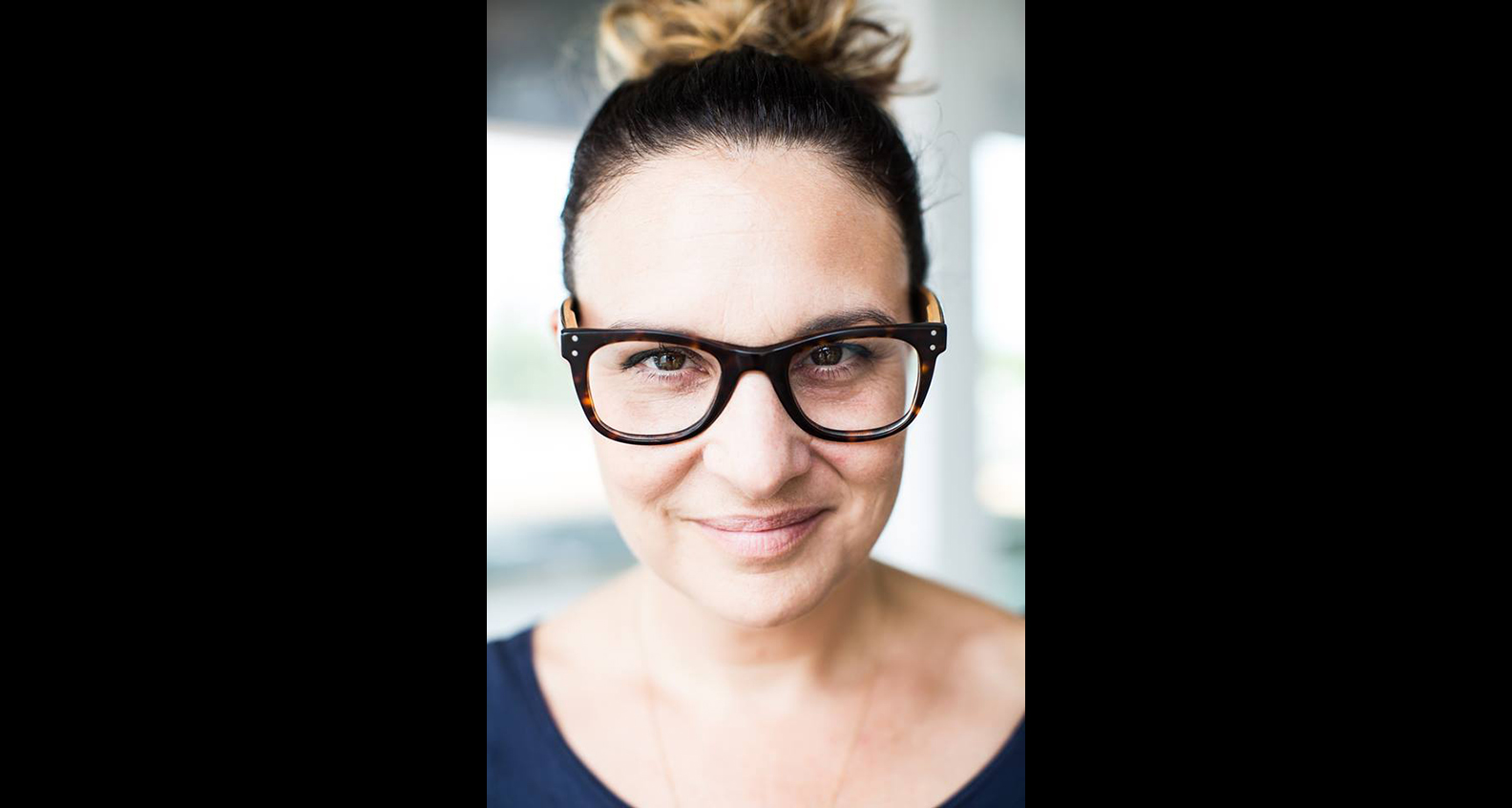 Chef Sarah Gavigan is a busy woman. Not only is she the owner of Little Octopus and Otaku Ramen, she also is the founder of POP Hospitality Group, which is a new type of restaurant incubator and event space. On her Instagram feed, she shares photos of ramen eggs waiting to be placed on top of a bowl of soup, a giant box of chanterelle mushrooms, and where she’s dining out. (Recent trips include Eggslut and Turkey and the Wolf.) 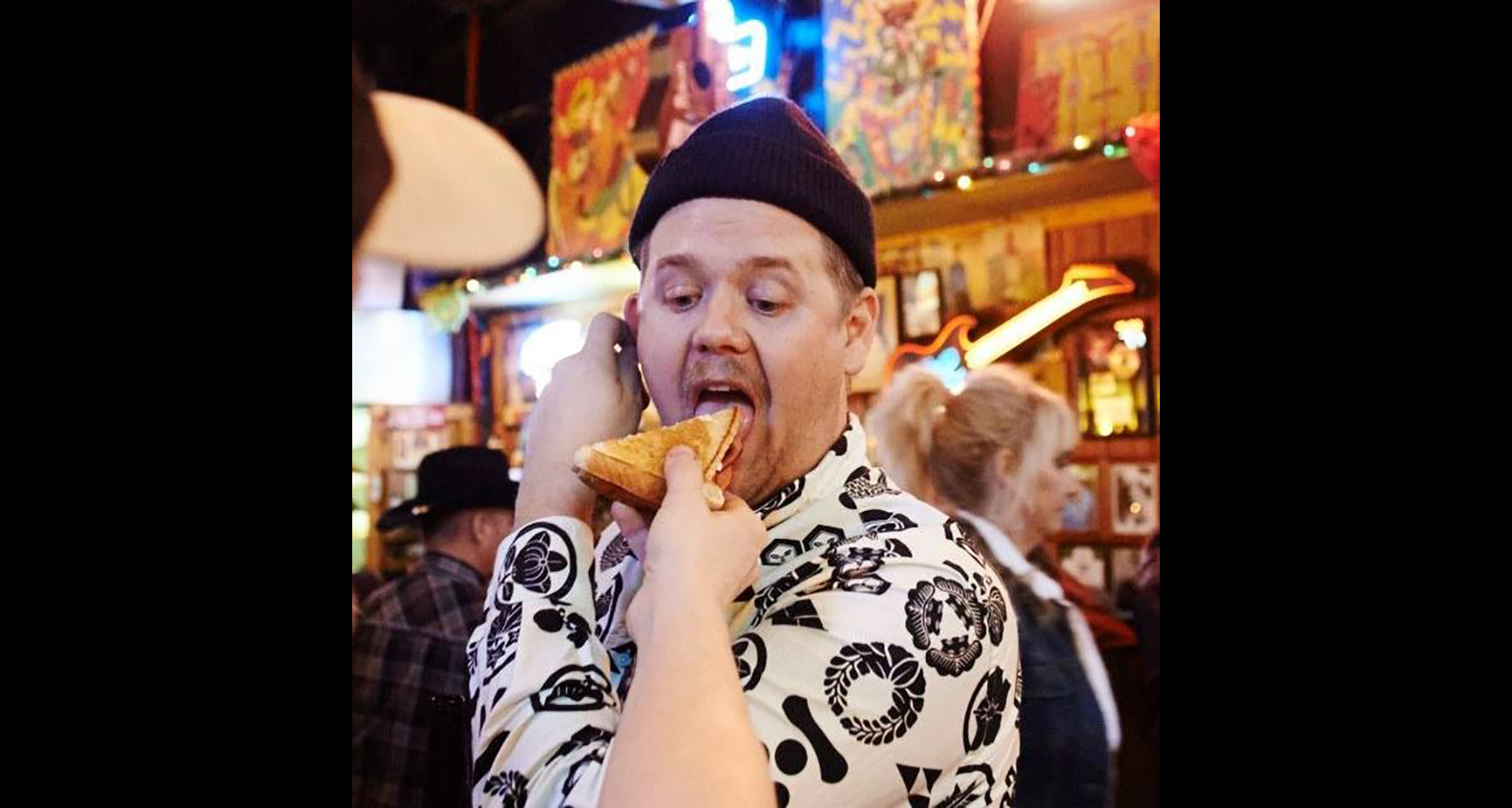 In 2012, Chef Philip Krajeck opened Rolf and Daughters, a restaurant dedicated to serving dishes “highlighting whole-animal butchery, seasonal produce, and rustic pastas,” said Eater. And while Krajeck loves pasta, he is also very passionate about pizza. This spring, he’ll be opening up a new restaurant, Fork, which will focus on just that. On his Instagram feed, he shares pictures of fresh pasta in fun shapes, the farms from which his produce comes, and fun photos of what his family's up to. 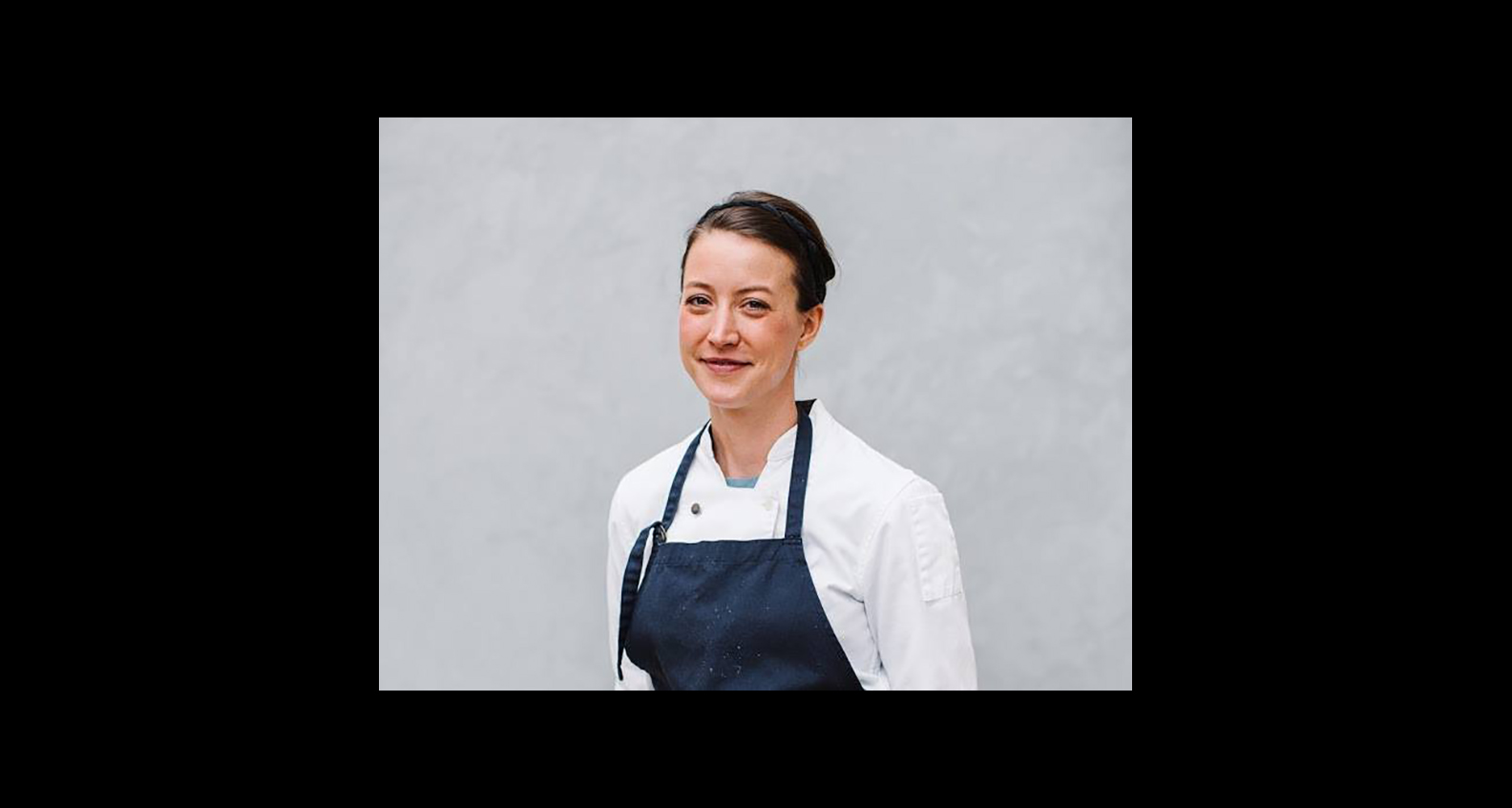 At Henrietta Red, chef Julia Sullivan has created a menu of seasonal contemporary cooking, plus a killer oyster bar. Sullivan studied at the Culinary Insititute of America in New York and continued on to work in restaurants throughout New York before heading home to open her restaurant. On her Instagram feed, she shares photos with friends and family, her puppy, and what’s going on in the kitchen. 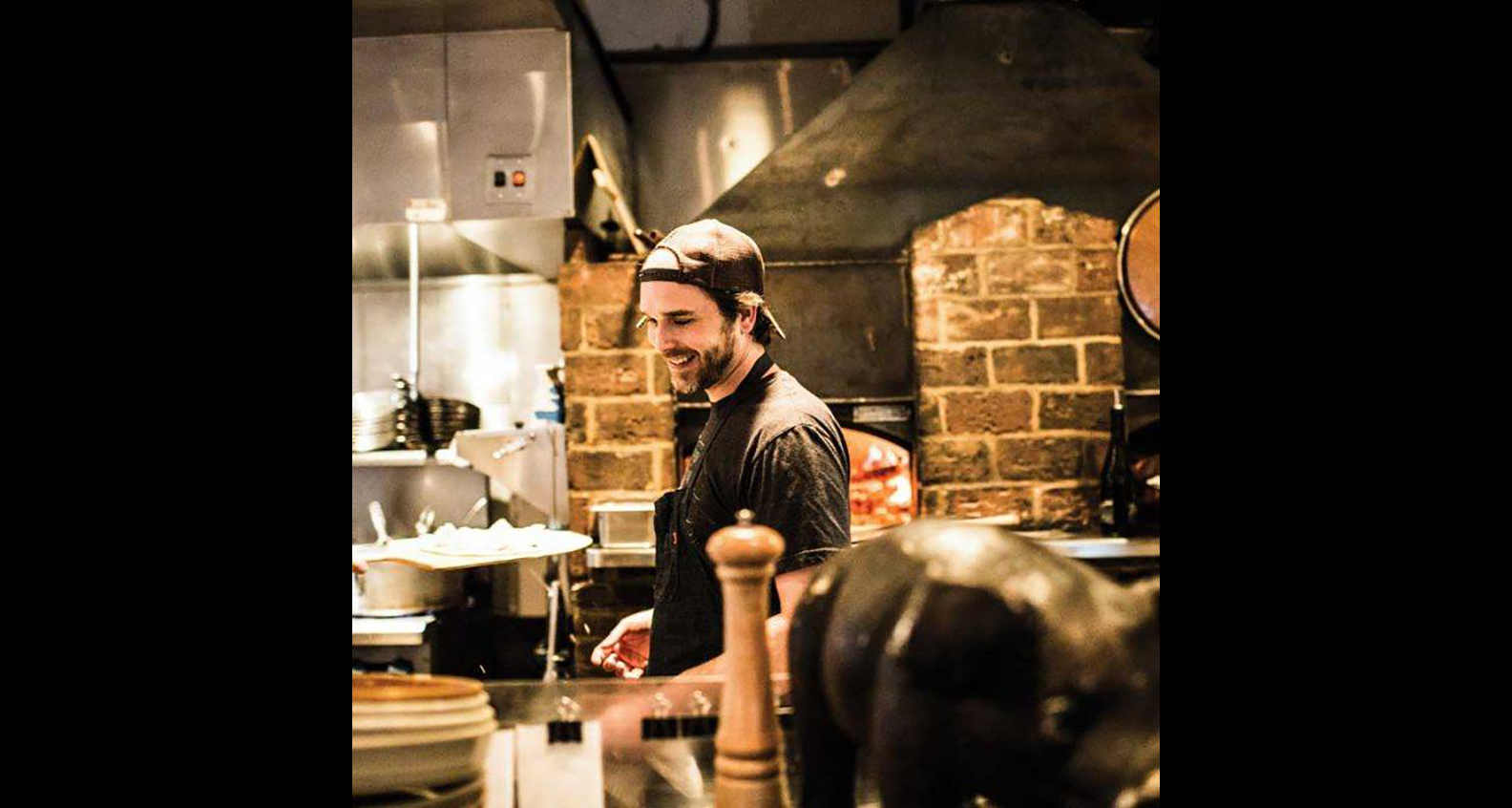 This Nashville native wasn’t always the best in the kitchen. While studying at the hotel and restaurant management school at the University of Tennessee, chef Tandy Wilson thought he would be on the business side of things. Instead, after getting a few gigs in the kitchen, he couldn’t stop cooking. He went on to work in kitchens around California, Charleston and Asheville before returning to Nashville. In 2007, Wilson opened City House. Over the past decade, Wilson has been nominated as a James Beard Award semifinalist nine times. On his Instagram feed, Wilson shares fun photos of his family and dog, balls of dough waiting to be turned into pizza, and his love of sports. 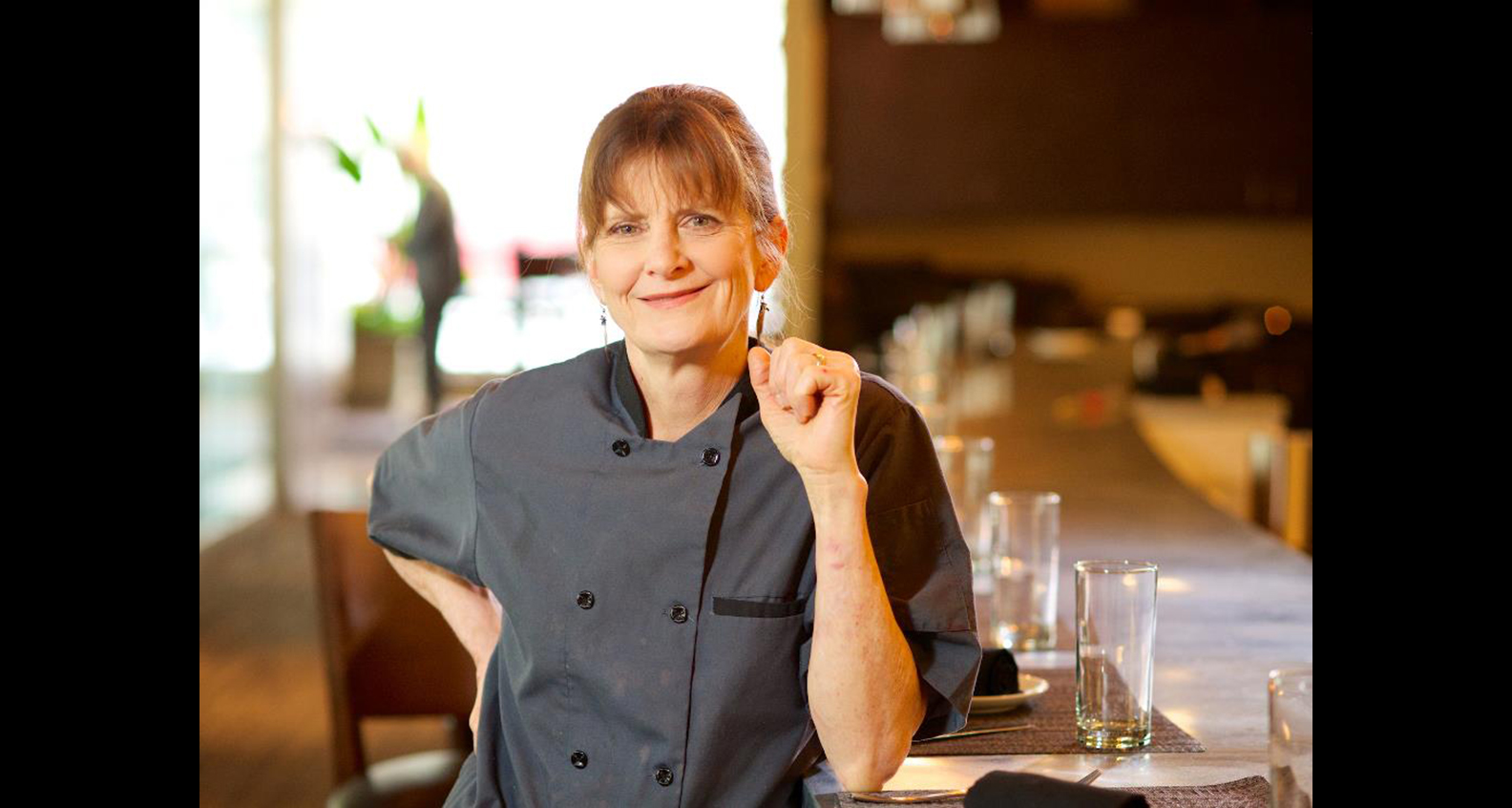 Chef Deb Paquette is known for becoming the first woman to become a certified executive chef in Tennessee. After closing her restaurant ZOLA in 2010, she took some time to travel with her husband. In 2012, she opened Etch, a restaurant where she explores food industry trends with a mature and knowledgeable perspective. On her Instagram feed, she showcases the inventive dishes that are on the menu at Etch. From fun new ways to eat mac and cheese to beautifully plated dishes like roasted cauliflower, your mouth will be watering when you look at this account. 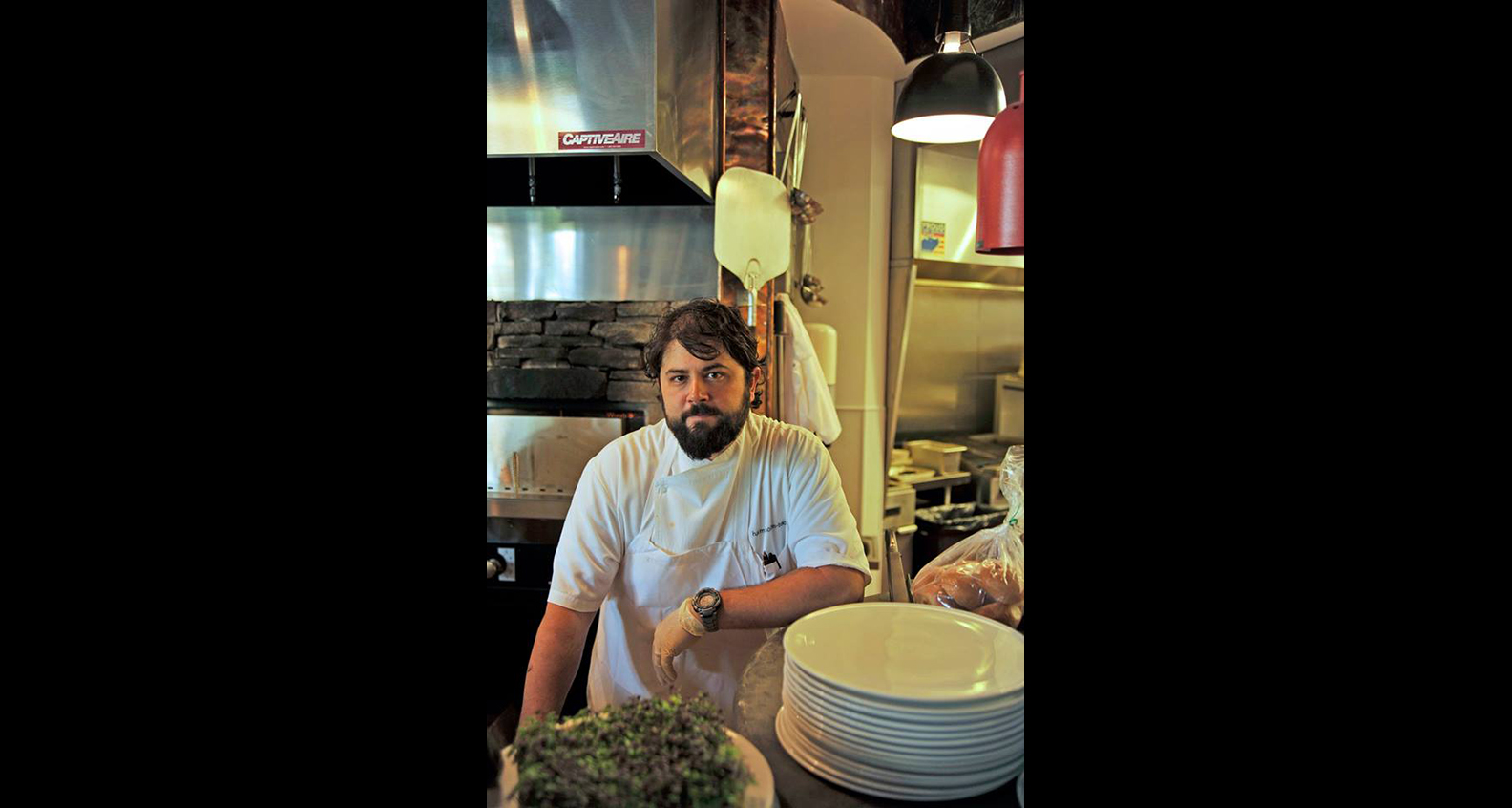 Chef Hal Holden-Bache began cooking with his mother at a young age and never left the kitchen. After graduating from Shepherd University with a Culinary Arts degree, Holden-Bache went on to apprentice at the Greenbriar Resort in White Sulphur Springs, West Virginia. For the last 15 years, he has been cooking in Nashville. At Lockeland Table, he focuses on crafting a creative menu that shows off his skills and knowledge. On his Instagram feed, he shares photos of the food he’s cooking (such as the oysters Rockefeller he made when he competed against Bobby Flay on Food Network’s “Beat Bobby Flay”), eggs benedict, and bins of greens he grows on his farm. 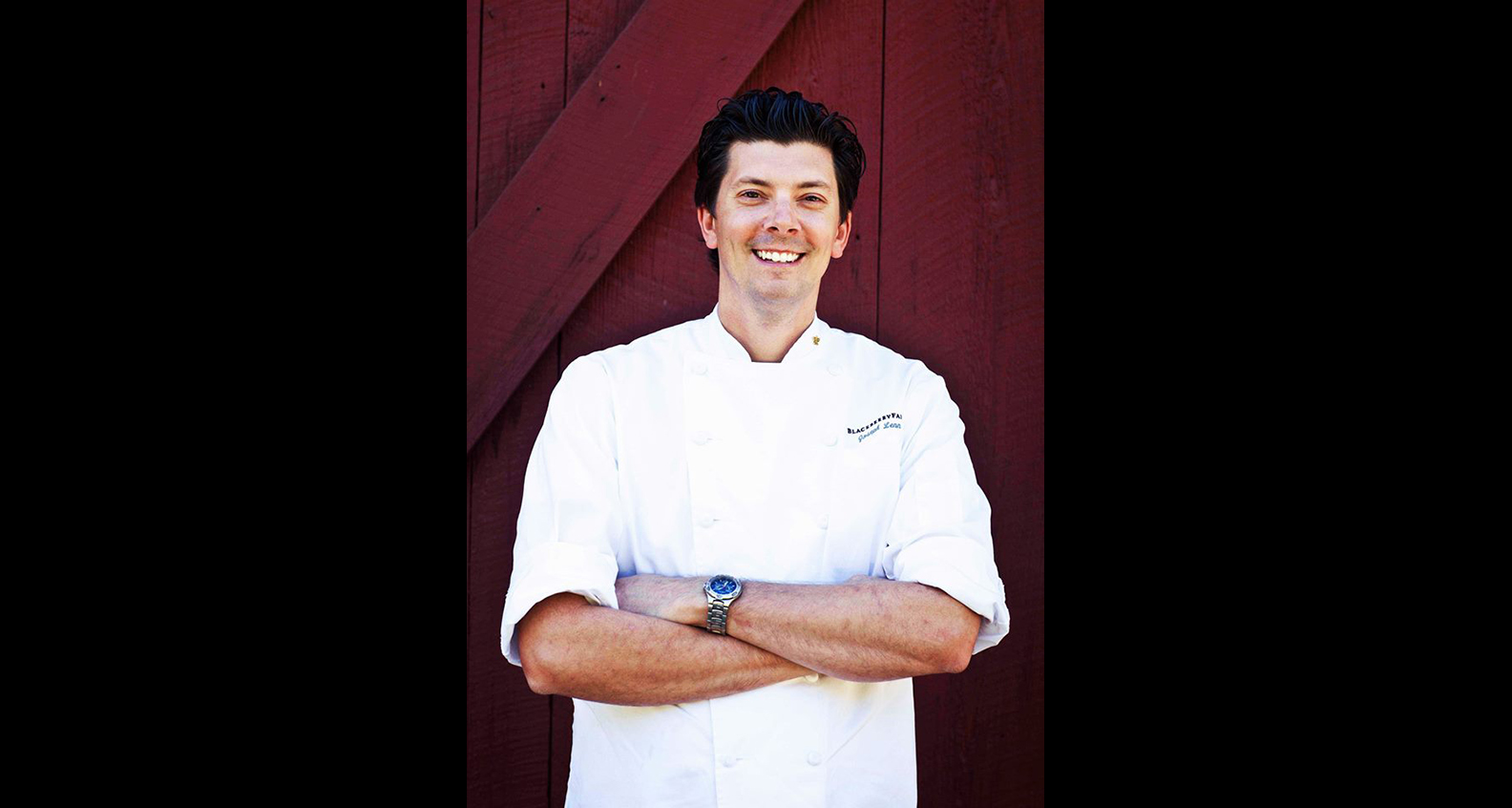 Chef Joseph Lenn’s life has revolved around food. Going back to his great-grandparents, his family farmed in East Tennessee. At his Knoxville restaurant, J.C. Holdway, which is named after his late uncle, Joseph Charles Holdway, Lenn has created a menu that pays homage to old-world ways. Lenn uses a wood-fire grill to create dishes and flavors that cannot be found using modern cooking appliances. On his Instagram feed, he shares photos of local green landscapes and sunsets, fishing trips, and fun with family and friends.