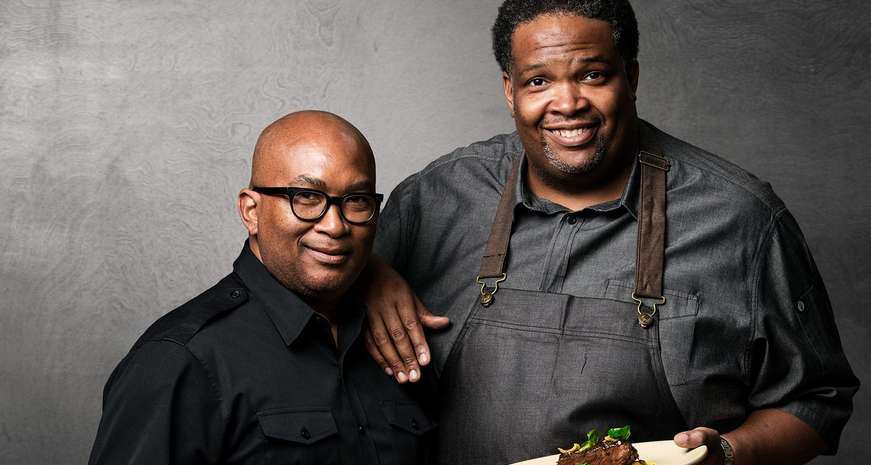 Welcome to Sunday Supper, a new Southern Kitchen series of stories inspired by the kinds of honest conversations that happen at the dinner table on the South's favorite day of the week. In this first edition, Associate Editor Mike Jordan spoke with Duane Nutter and Reggie Washington, owners of Mobile's brand new Southern National restaurant, about leaving Atlanta for ownership, new challenges and "doing them."

There was a time when even the world’s busiest airport could get away with serving “airport food.” But today, when you arrive in Atlanta’s Hartsfield-Jackson International Airport, you expect to find at least one restaurant that’s not just good, but outstanding. If you wonder how that happened, look no further than Duane Nutter, Reggie Washington and the team who launched and ran One Flew South, a restaurant on Concourse E of Atlanta’s Hartsfield-Jackson International Airport, where a team of chefs, restaurateurs, consultants and partners significantly raised the national standard of airport cuisine.

It’s no secret that Atlanta has more than enough culinary talent to go around Interstate 285 several times over. Yet there has recently been an exodus of top local restaurant talent. That includes Nutter and Washington. The two culinary visionaries have partnered up to open a new restaurant, but instead of starting their venture in Atlanta, they took their talents to Mobile, Alabama, and opened Southern National, a dinner-only “community restaurant,” serving locally-sourced Gulf Coast seafood, globally-inspired Southern cuisine and craft cocktails. 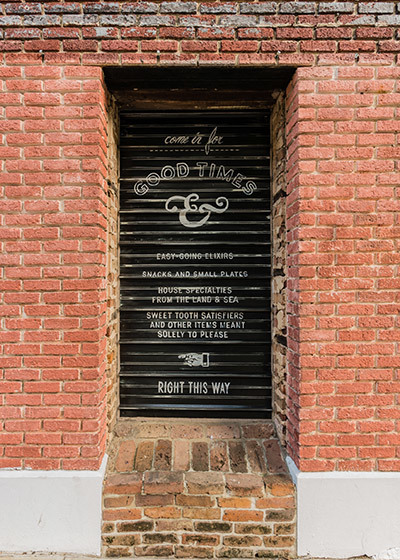 As a Mobile native, Washington has the right to speak on the city’s tastes, and he doesn’t think things are very complicated. “Mobile appreciates great meals,” Washington said, “but nobody has delivered the level of cuisine they’re looking for.” Washington and Nutter can, however, tell that Mobile residents appreciate Southern National's locally influenced food offerings: Though the restaurant has been open for less than a week, customers are already supporting the endeavor and identifying menu favorites among dishes like kung pao okra, Kentuckyaki-braised short rib, BBQ jalapeno Gulf shrimp Johnny cakes and more.

“The honeysuckle-cured salmon is flying out of there,” Chef Nutter said of his take on traditional vodka-cured salmon, although for his version, the Louisiana-born chef is using Mississippi-based Cathead Honeysuckle Vodka. He says the chicken-on-a-stick dish is also selling quickly, as well as his unique "Nutter Butter" peanut butter chai tea panna cotta dessert, of which 15 were sold on Southern National’s second day. 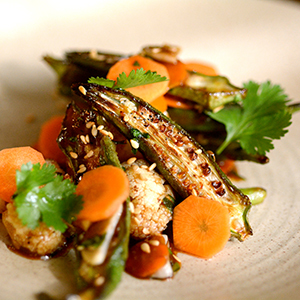 “We have Tuskegee not far away,” Nutter reminded me. “I figure I have to do something with peanuts. Shout out to George Washington Carver!”

I asked Nutter what other culinary adjustments he needed to make as part of the transition from cooking in one of Atlanta’s best restaurants to launching a new place in south Alabama. I was also curious to know what it takes to please restaurant customers in Mobile, as opposed to those in Georgia’s capital city.

“I don’t know if I made a change to adapt to the market, other than doing what all chefs should be doing — using what’s in the market — for that style of cooking. I just did me, at their house, using their ingredients.”

Nutter said it’s all about respecting what’s local, and bringing his own famously complex style of flavor creation to the table, which he and Washington hope feels familiar to the emerging Gulf Coast city. “Mobile’s tagline is ‘Born to celebrate,’” Washington said. “Everybody likes good times and good food — that was the main reason to come. You’ve got that whole flavor here: Southern charm and hospitality. Everybody cooks here; everybody has a garden. It’s a great feeling. We thought it was a great void to fill.”

He and Nutter are also helping to fill another existing void. Across the country, particularly in major markets and especially in the South, there has been an ongoing conversation around the shortage of African-American chefs who graduate into the ranks of restaurant ownership.

"A gumbo of financing"
I remember a story in the Southern Foodways Alliance’s publication Gravy, in which Nutter talked about having to leave bed one morning at 2:30 a.m. and head to One Flew South because an alarm had gone off in the airport restaurant. He was listed as the emergency contact, even though he was not an owner. The experience was a defining moment that led him to the decision that it was time to resign and go into business for himself.

The specific subject of black chefs not achieving ownership was covered in 2016 by Ligaya Figueras, senior editor of the Atlanta Journal-Constitution’s Food & Dining section. In her story, Figueras quoted Nutter as saying it’s difficult for black chefs to receive access to capital, and noted that he felt that there was racial discrimination at play. “Some institutions and banks don’t feel that an African-American can operate at that level,” Nutter said at the time, mentioning his late mentor, black restaurateur Darryl Evans, as an example. “I worked for a chef that ran a $20 million operation at a hotel, but he couldn’t find enough money to open his own restaurant,” Nutter said in the story.

I wondered how much Mobile’s newest African-American restaurant proprietors believed things had changed, now that Southern National is open to the public. By the sound of their answers, some things change; others stay the same.

“They could care less what you cook like,” Nutter said, sounding slightly more positive than he did in 2016, but also doubling down on his belief that “it’s all about credit. If you skipped economics in high school, then shame on you, because that’s how the world works.” 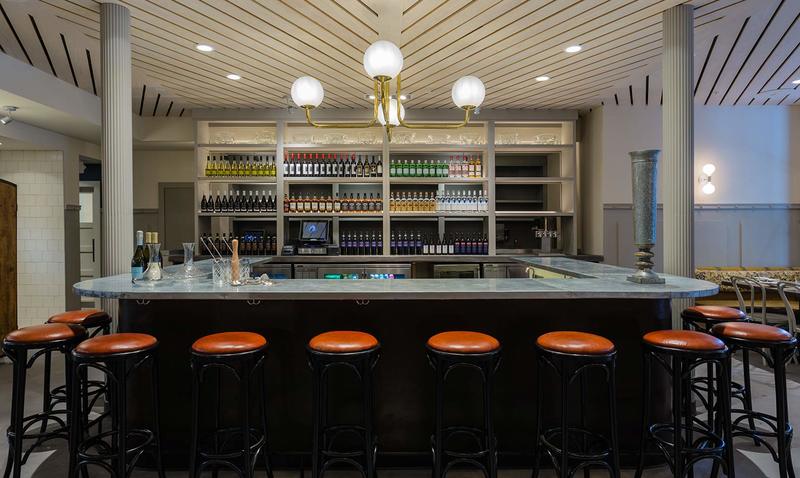 “The bank said, ‘We can do this, but we might have to do bootstrap financing,’” according to Washington. He said the restaurant was financed through what he called a “hodgepodge” of funding, which included bank loans, outside investors, collateral in the form of personal property and capital raised from friends and family. Nutter called it “a gumbo of financing with a real deep roux.”

Washington didn’t mind admitting that raising capital was a challenge. “It’s been hard, brother; it’s been hard,” he said. “I think what African-Americans need, in this business, are models. Not role models — some business models. And I don’t think we could have done it — two brothers opening a restaurant — without each other. We probably could write a book about it.” he said, half-jokingly.

Getting down to get up
Now that things are cooking, there are new challenges. The biggest one, Washington said, is alcohol. Alabama, whose alcohol industry is controlled by a state ABC board, is notoriously slow in approving new beverage brands, or ideas around drinking. “We have spirits that we served for five or six years in Atlanta, and they just got to this market. You look for Richland Rum, from Georgia, and it hasn’t hit the state yet. You have to petition the state board to get those products in, and they complement our menu, so we’re gonna work with the rum maker to try to get their product into market.”

In the meantime, the brotherhood that Duane Nutter and Reggie Washington share, as Southerners by birth and in business, is strong. They are telling their own story through Southern National’s design, menu and general experience, and this time they’ve got equity. “It’s a great joy using my own knives,” Nutter joked. 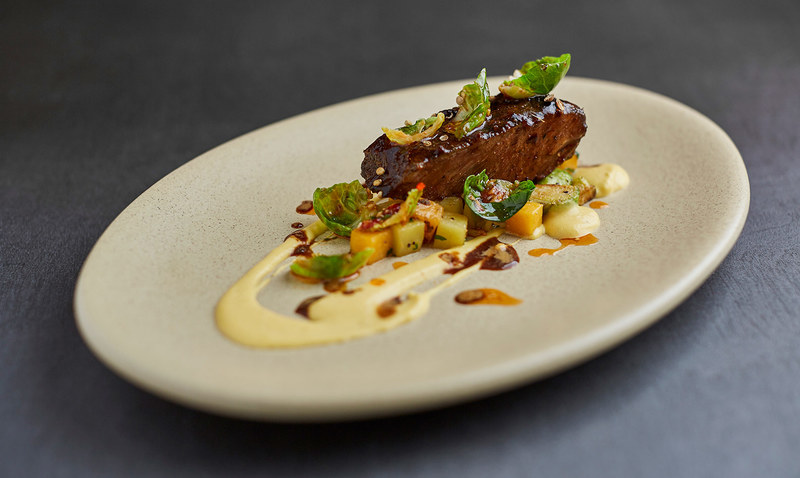 And though Atlanta-based fans of Nutter’s cooking will surely miss having the option to dine with him on a more regular basis, we also know it’s a shame he and Washington felt they had to leave Atlanta in order to have their piece of the peanut butter panna cotta. At least now it seems certain that they’ll finally get their just desserts.

And there’s still hope that they could return to the Atlanta area at some point, stronger than ever and in better position to expand as not just black chefs, but African-American culinary entrepreneurs.

“We’re gonna have dual residence,” Washington shared when I noticed his telephone number still contains an Atlanta area code. “There are lot of great opportunities we see here in Mobile. We’re gonna get our feet up under us, make a good name and see what happens.”

"All I can say is I didn't sell my house!" Nutter laughed.