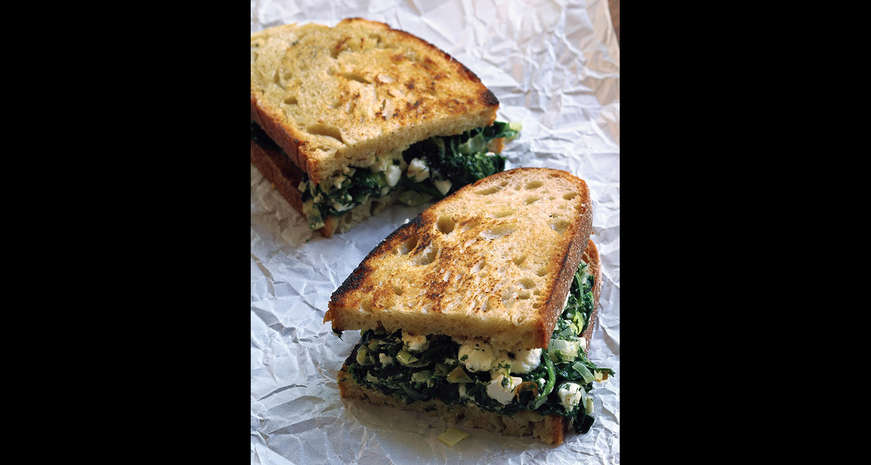 This spanakopita-inspired grilled cheese sandwich is from Diane Kochilas, author and host of the TV show, "My Greek Table."

For a springtime twist on grilled cheese, spanakopita-ize it

Only a Greek chef who has spent time in America would come up with a spanakopita grilled cheese sandwich.

Diane Kochilas was born in New York City, but for more than 30 years, she has split her time between Greece and the U.S., where she teaches cooking classes and written cookbooks on Greek cuisine. One of those books, "Ikaria: Lessons of Food, Life & Longevity from the Greek Island Where People Forget to Die" won the International Association of Culinary Professionals' Best International Cookbook in 2015.

In 2012, she got her own Greek cooking show, and in 2017, her U.S. TV show, "My Greek Table" debuted on PBS. The show just finished its second season, and Kochilas has a new companion cookbook with many of the recipes featured on the program and in her cooking classes at the culinary school she runs on the Greek island, Ikaria, where her father was born.

This recipe features spinach and dill or fennel fronds, which might be growing in your garden right now. 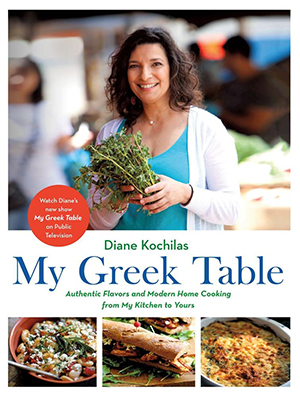 Spanakopita Grilled Cheese
The best things in life — and at the table — are sometimes born by total chance. Spanakopita, one of the best-known Greek dishes, is something I make pretty often at home. A little leftover filling and a eureka moment led me to spread a few heaping tablespoons of the filling between some bread and to grill it the old-fashioned way, in a skillet with a little olive oil. The result is this recipe, and at my Greek table, it's become a classic in its own right. From "My Greek Table: Authentic Flavors and Modern Home Cooking from My Kitchen to Yours" by Diane Kochilas (St. Martin's Griffin, $35).

Instructions
In a large skillet, heat 1 1/2 tablespoons of the olive oil or butter over medium heat. Add the onion (or scallion or leek) and cook, stirring, until soft and lightly golden. Add the spinach and cook until wilted. Remove the mixture with a slotted spoon and drain well in a colander. Let cool.

In a medium bowl, combine the spinach mixture with the fresh herbs. Season with the nutmeg and salt and pepper, to taste. Mix in the feta. Divide the mixture over four slices of the bread. Place the remaining four slices of bread on top.

In a large cast-iron or nonstick skillet, heat the remaining 1 1/2 tablespoons olive oil or butter. Add the sandwiches, one or two at a time, and cook until golden on one side. Flip carefully and press down on the sandwich with a spatula to flatten slightly. Cover the pan and cook for a few minutes to help the feta melt more easily. Repeat with remaining sandwiches, adding more olive oil and/or butter to the pan as needed. Serve immediately.