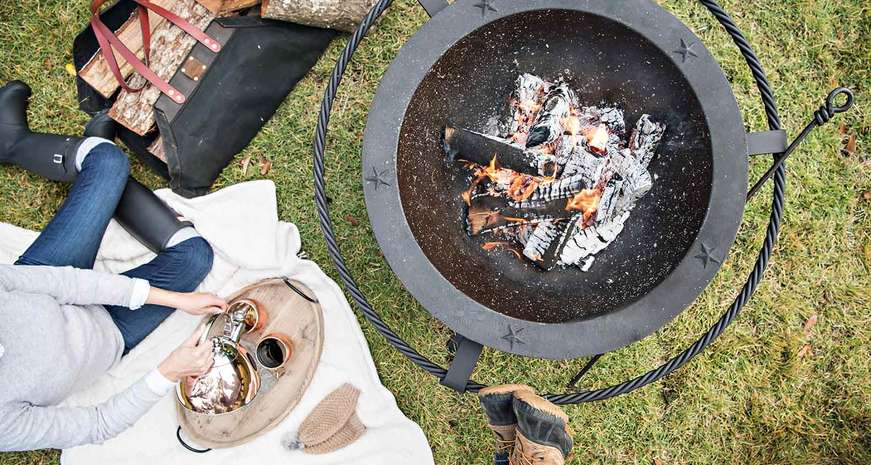 Before fully basking in their life as empty nesters, husband-and-wife team Steve and Sandy Schoettle found themselves taking care of a new baby -- their start-up business, Sea Island Forge. Within two years of “forging” the idea to go into business together, the Schoettles debuted their flagship product -- handcrafted fire kettles -- at their local farmer’s market in St. Simon Island, Ga.

“I've had my construction company since the early ’90s and once our kids started getting old enough to go off to college, Sandy and I were just thinking, ‘Hey, now it’s our time to go out in the world and have fun,’” said Steve Schoettle. 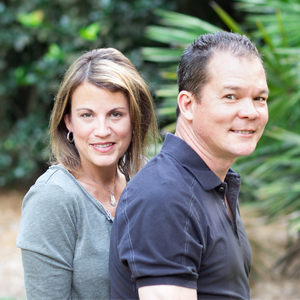 They pulled together their expertise. Steve, a private contractor, had spent the last three decades constructing ornamental metal work for homes, while Sandy was a professional artist and sculptor. After merging their love for hosting gatherings and their passion for coastal culture, they decided the handmade fire kettle (and their line of other entertaining and cooking tools) would be the perfect vessel to embark on their new journey in life.

But there’s a little more to these metal beauties. To the unsuspecting eye, the kettles may look like a swanky fire pits. But if you’re deeply rooted in the south Sea Island heritage, you’ll recognize the smooth bowl as a fixture in local family tradition.

Along the island's southeast coast, where sugar cane was once a backyard staple, families produced their own sugar cane juice and byproducts. Used to boil down the cane into syrup, the sugar kettle was a common aspect of sea island life -- so much so that the Schoettles said there were even festivals dedicated to these cane boils.

“And it wasn’t a three- to four-hour burn; it was a days-on-end [boil], so families would gather together and this would often be a festive time,” said Steve. “So, the shape of the kettle is based off of those antique syrup kettles. The idea of gathering around the kettle harkens back to the fun times of rendering the syrup and the time of harvest.”

Though cane boils may not quite be the most popular family tradition these days, outdoor dining and gatherings still are. So Sandy and Steve, who were both partially raised in the South, sought to recreate that ritual of gathering around the fireside. Furthermore, they added modern-day functionality to their kettles, designing attachments for grilling and oyster roasts.

“Being able to hang out by the fire is wonderful -- the food tastes better, the stories are funnier, the wine has more flavor and the jokes are funnier,” said Steve. “Everything's always better around a fire.”

And apparently he's right. Since their 2014 launch at the farmer’s market, their kettles have sparked interest all over the South. As such, Steve put his construction business on the back burner and the couple has been able to primarily focus on Sea Island Forge. And this summer they are shopping their product around the Northeast, and found their first brand ambassador in 2017 “Food Network Star Challenge” contestant, Cory Bahr.

As Sea Island Forge continues to be showcased at festivals and alongside businesses across the country, the Schoettles can’t pay too much attention to their empty nest. They're too busy sharing their passion for the South and stoking the flames of good times.

Nina Reeder is a contributor to Southern Kitchen.