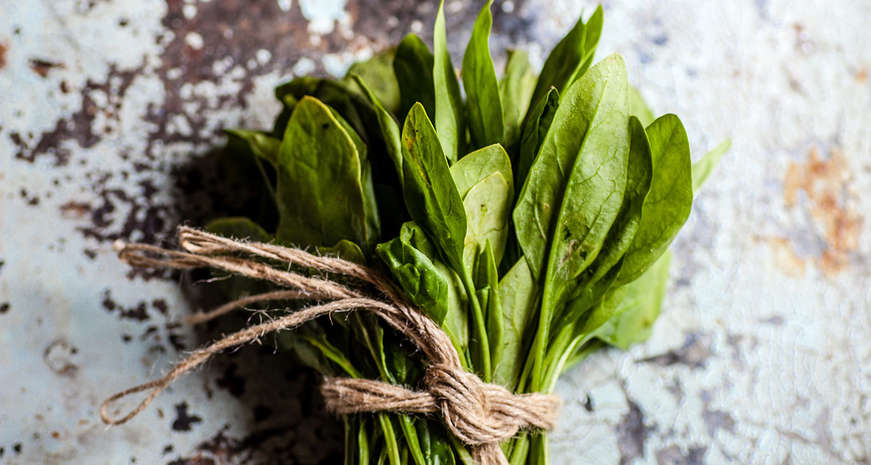 How science is building better vegetables — and how to bring them into your garden, kitchen

When planting seeds, it pays to think about recipes you will make with the produce. Plans for pesto call for Genovese basil. A mojito enthusiast needs a big ol' mint patch. One should have five recipes, minimum, at the ready for each zucchini plant.

My garden is currently being redesigned by a Filipino sauté of corn and spinach. It's a colorful combination, like green trees under the summer sun, and my family crowds the pan when I make it.

Breeding by committee
This year's seed order includes a variety of yellow and white corn called "Who Gets Kissed?" and a spinach by the name of "Abundant Bloomsdale." Both varieties were developed via a process called participatory plant breeding, in which breeders seek input from a wide variety of stakeholders. These advisors include the likes of farmers, plant disease specialists, seed companies, chefs and consumer tasters — anyone with an interest in helping improve a seed.

For as long as humans have been planting seeds, we have been seeking to customize them for our own purposes. Today the tools are sharper, but modern seed breeders still follow the basic protocols established when plants were first domesticated: namely, to save and replant seeds from favored plants. Nowadays, breeders can mix and match traits from different individuals and combine them in a seed with impressive dexterity. Participatory plant breeding adds a new level of input by, essentially, connecting a network of brains together to program a vegetable plant.

"Who Gets Kissed," named after a game once played by young cornhuskers, was developed for vigor in cool soils, resistance to certain corn diseases and high yields. It has a rich, sweet flavor, and is one of only a handful of open-pollinated, organically bred sweet corn seeds on the market, according to Kiki Hubbard of the Organic Seed Alliance, a non-profit that supports the development and use of organic seeds.

Choose your traits
"Open-pollinated" refers to seeds that grow into plants, the seeds of which can be saved and replanted — as opposed to hybrid seeds, which won't produce offspring like themselves. Over time, farmers who select and save their seed may become de-facto breeders, helping their seed stock adapt to local conditions. The Organic Seed Alliance's support for organic seed is rooted in a similar concept of adaptation: that seeds developed under organic conditions are better suited, genetically, to be grown organically.

Hubbard says that seeds developed in organic conditions are better suited, genetically, to perform well in organic farms, because organic farmers face a different set of challenges than conventional growers: "Seed provides genetic tools with which a plant can meet these challenges, and breeding plants in the environment of their intended use can deliver these beneficial genetics."

She told me about another PPB project, a cucumber strain called DMR 401 that shrugs off downy mildew, a disease that is currently terrorizing the cucumber industry in the East and Midwest.

The strain is so resistant that non-organic growers are seeking out DMR 401 seed.

"Pesticide controls are losing their effectiveness against this ever-evolving pathogen," she said. But the breeder, Michael Mazourek at Cornell University, and his extended hive brain of participatory advisors are proving able to develop the plants faster than the pathogen itself can evolve, and stay ahead of the disease.

Sautéed Spinach and Corn
This dish is extremely flexible, forgiving and accommodating. Feel free to add whatever proteins, spices or extra vegetables you can think of, and otherwise adapt the recipe to your home kitchen environment. Here I offer one variation, but if sardines, cheese and hoisin sauce aren't favored at your household, don't select those traits. Like seeds in the hands of a breeder, this recipe may take a few incarnations until you have it where you want it.

Instructions
In a large skillet, heat the oil over medium heat. Add the garlic and cook until golden brown. Add the onion and continue to cook, stirring frequently, until softened and translucent. Stir in the corn and salt. Spread into an even layer, then cook, without stirring, for 5 minutes.

Stir the mixture and spread, once again, into an even layer. Top with the sardines, followed by the spinach and then the cheese. Cover and cook until the spinach wilts. Remove the lid and continue to cook until all of the spinach liquid evaporates. Remove from the heat when you smell the corn beginning to caramelize, then let cool to room temperature before serving with hoisin, pepper and hot sauce, if desired.

How to grow the juiciest tomatoes on the block

How to grow the juiciest tomatoes on the block