While wild misconceptions and misrepresentations about true "farm-to-table" foods abound, there are also those rare exceptions who get it right, such as award-winning food writer (and fellow Appalachian) Ronni Lundy. A founding member of the Southern Foodways Alliance, Lundy’s latest book, Victuals, is a blend of recipes, reported stories, and personal tales about Appalachian food and culture, specifically in the mountain South. 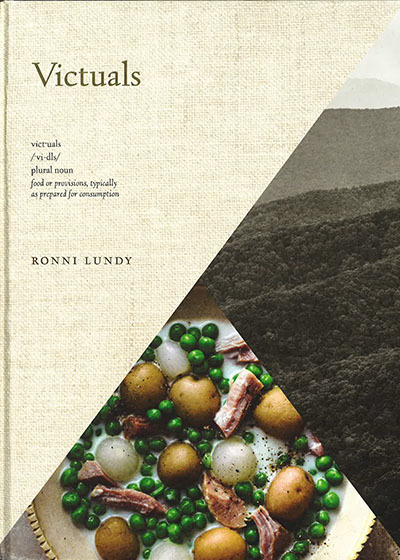 It’s impossible not to think of the contemporary farm-to-table craze when reading Victuals. Eating what’s available and in-season through using sustainable means may be trendy in urban restaurants today, but it’s historically been an Appalachian way of life.

As a gluttonous writer and native Appalachian, with family smattered across western North Carolina and southwestern Virginia like freckles, I’m endlessly fascinated by the region I call home--especially as it relates to food. My family grew, raised, slaughtered and hunted a considerable amount of the food we ate.

Victuals highlights this way of life, and shows the resourcefulness and resilience of Appalachian cooks. Described as “an exploration of the foodways, people, and places of Appalachia, it shares more than 80 recipes, as well as essays, traditional stories and innovations of farmers, chefs, hunters and others from past to present, splitting up its subjects by chapter as to provide detail on everything from corn to corn liquor. It also examines the relationship between Appalachian and Southern food.

“Appalachia is from the same larder, when it comes to cooking, as the South is,” she said. “We do the same thing, we use the same fundamentals, but we have extreme winters here. We had to plan for food that didn’t come from the garden. We have a shorter growing season, but we also have a shortened day – people who were planting in hollers had very short amounts of sunshine. You couldn’t throw any seed into the ground and expect it to grow.”

Lundy said that while many people think of pickles as a condiment, Appalachians had to harvest for the table as well as for what they were going to eat that winter. “The Mason jar didn’t come about until after the Civil War. Before that, for centuries, we had Native Americans living here. Their methods included drying and fermenting. The Scots, Irish and Germans, all part of the first wave of settlers, came in and began fermenting the food of the region. Those fermented foods were a part of the diet that you don’t find in the U.S., outside of Appalachia or the Ozarks, unless folks have some deep connection to Appalachia.”

She also stressed the importance of dried foods, including apples, squash, pumpkins and a variety of beans, in the survival of people living in the region. “We had to dry beans for protein and sustenance. Pintos were a commodity food that came to us in the 20th century.”

Locally and sustainably grown food have always been important to Lundy, who has also watched an everyday way of food production and eating become buzzwords. “Certainly we are conscious of people in Appalachia that don’t eat out of their gardens, they do buy their food at the store. But there’s also a solid core of people in the family that do garden and put up their food, and that tradition has remained in the region for generations,” she said.

“Because of things like the topography of the land and the growing season, we’ve never had any agricultural land attractive to factory farmers. If you’re a farmer in the Midwest, surrounded by acres and acres of factory farms, that past has been gone for a few generations.”

With the newer popularity of this older way of life, Lundy sees a bigger story about endurance. “Particularly in Southern Appalachia, what I saw was that it still existed,” she continued. “In fact, Appalachia is the largest and most diverse food shed. Not just our natural abundance, in terms of our forests, botanical life; also with our practices – sustainable hunting versus hunting for sport, and in terms of what grows here and our use of a variety of foods. You grow tomatoes that are good for slicing and then you grow some that make good sauce or to be canned. We grow green beans that are good for eating in the summer, and then you grow some that are perfect for drying to eat throughout the winters.

“You pass down the seeds and that direct connection. You didn’t have to go to the library to research and look for records for seeds grown in the 1800s, you went next door to ask. They would tell you and give you advice on how to grow them. We are a region of seed-givers and seed-savers,” she said.

While the origin stories of the farm-to-table movement may easily showcase the urban/rural divide, it is by no means unique phenomena. “It’s just the reality of the way conversations in this country are spurred by what the media looks at,” says Lundy. “The media is largely on both coasts and almost totally located in urban areas. Until something gets there to be commodified or monetized, it tends not to exist in the eyes of the larger public,” she said.

“With farm-to-table, it suddenly got recognized because it began to be a concept in the marketplace that restaurants could capitalize on. They realized people in urban areas will pay premium prices for food. We go through periods where some things get elevated as valuable, and farm-to-table is one of those things. It suggests a story of a simpler, rural lifestyle as something to be aspired to or supported by something like eating a farm egg. It’s the story of the food and how it connects and ties us to a sense of place.” 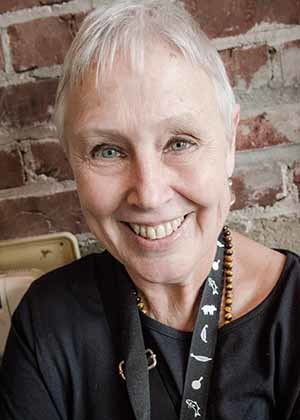 Lundy is optimistic that we can use food as a starting point for a broader conversation about Appalachia, its history, and its future. “What I hope is that we can use this moment to tell more accurate stories about who we are, that we can examine assumptions about our history, like the idea that we have no African-American voices or influences, or no immigrant stories besides Scots and Irish – that we’re isolated and primitive,” she says.

“Sustainable food economies outlast trendiness by establishing deep possibilities for the people of the region. There are plenty of people, young people as well as old, who want to be in the region, who want to sustain the culture and the land, and I look to Appalachian food as a potential way to do that.”

Get yourself some Southern sustenance with Victuals, and be sure to try the book's amazing recipe for one of Appalachia's most enduring and beloved dessert traditions, apple stack cake, pictured above. 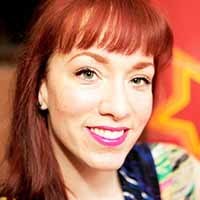 Appalachian born and bred, Brook Bolen is a freelance writer whose work has appeared in The Guardian, Salon, Reader's Digest, and Thrillist, among others. She lives in the beautiful mountains of Southwestern Virginia with her family.