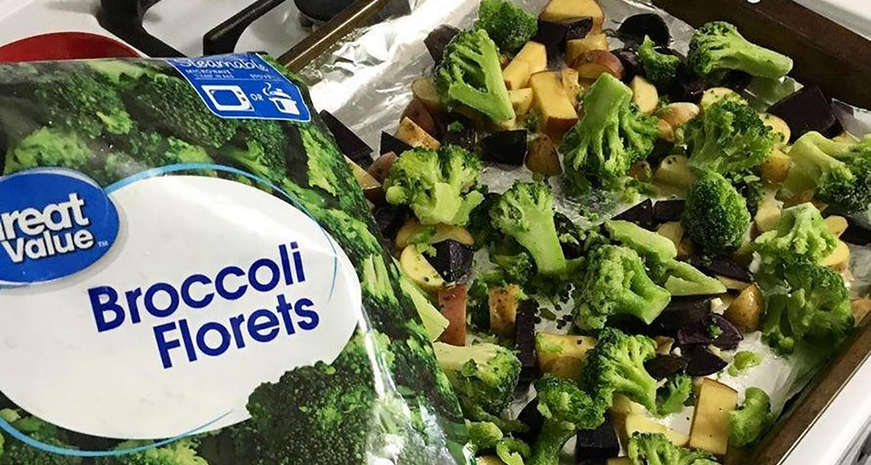 Most packages of frozen vegetables provide cooking instructions that show you how to steam them in the microwave or on the stove-top. To roast them in the oven, you can bake them at 375 degrees for 15 to 25 minutes, depending on the vegetable.

If you can roast a turkey from frozen, why couldn't you roast frozen Brussels sprouts?

This thought had never occurred to me until I was recently cooking with my mom. She frequently keeps frozen vegetables on hand because fresh produce, especially this time of year, can be unreliable in her pocket of rural Missouri.

Her friend Colleen Smith once advised her that she could roast frozen broccoli, Brussels sprouts, carrots, corn and other vegetables without thawing them. That's a surprise to anyone who has ever followed the instructions on a bag of frozen vegetables, which usually only explain how to steam them in the microwave or on the stove-top.

So I unrolled a sheet of aluminum foil to cover a baking sheet and dumped a bag of Great Value-brand frozen broccoli on top. After adding some diced red potatoes, a drizzle of olive oil and a sprinkle of salt, I tossed them and then stuck the tray in a 375-degree oven for about 20 minutes. I turned up the heat to 450 for the last few minutes to crisp up the edges. 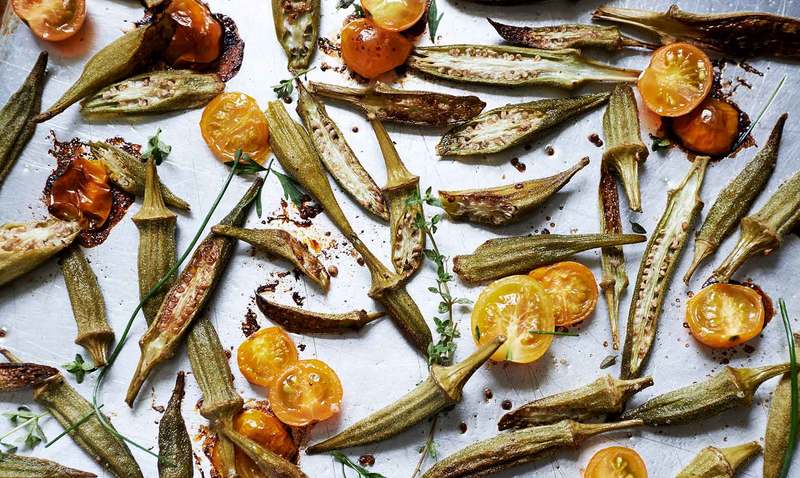 Even without that final blast of heat, I could tell that the broccoli wasn't soggy at all. Once the bite-size pieces cooled, I tasted them and noted that they didn't have any weird post-frozen aftertaste, texture or smell, either. Just the right bite and the same verdant, earthy flavor I'd expect from fresh roasted broccoli.

We have this idea that fresh is best, but this dish made me reconsider. I've read the studies that say frozen vegetables have as many as or more nutrients than fresh because packaging methods have improved, but I thought steaming the frozen veggies was pretty much the only thing you could do with them besides add them to soup. I prefer sauteed or roasted vegetables, and now I found a way to use frozen vegetables for this task.

What's the advantage of using frozen instead of fresh vegetables? Frozen veggies don't spoil and are readily available, even in the dead of winter, no matter what part of the country you're in. They also save some prep work because you don't have to trim the Brussels sprouts or cut up the head of broccoli or cauliflower. And in the instance of this sheet pan of broccoli I roasted in Missouri, the results were as tasty as or even better than the typical not-from-frozen version I make at home.

I haven't tried this method with Brussels sprouts yet, but a few people online commented that it's their favorite way to make them. I've never liked steamed frozen vegetables, but this new way of cooking them opens up new doors for this everyday, sometimes overlooked grocery store staple.