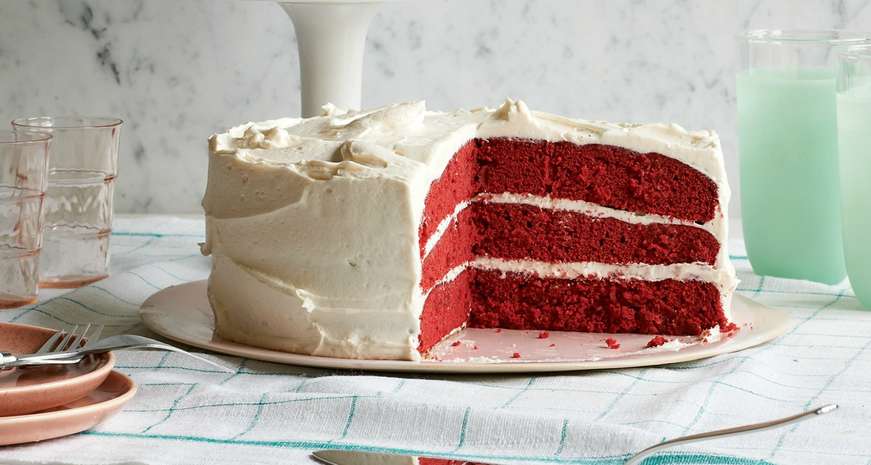 We're a full week into February, which means we've officially entered red velvet cake season. Whether you're a lover or a hater of the red-and-white layer cake, it is inevitable that at least a bite (or hopefully a slice) will cross your plate between now and Valentine's Day.

But how often do you stop to think about what you're actually eating? What makes the cake so red? Is there chocolate hiding somewhere inside? What even is red velvet cake?

I'll get the obvious out of the way first — almost every single red velvet cake you come across today will be loaded down with red food coloring. That sweet, sweet red number 40 is what'll give you a vibrant ruby hue from edge to edge, but not much else. For the distinctly tangy, and subtly chocolately flavor of the classic cake, you'll need to harness a little bit of science — cocoa science, to be specific. 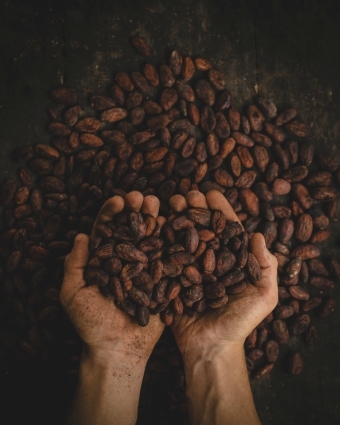 Cocoa powder was invented by the Dutch chocolate maker Conrad van Houten in 1828. He and his family of cocoa entrepreneurs were looking for a way to make hot drinking chocolate with a less oily texture than what is made from melted solid chocolate. To get rid of some of that fatty cocoa butter, van Houten developed a screw press that removed most of the butter from the cacao bean, which was then ground into a low-fat powder.

Today, cocoa powders can range in fat content from 8 to 26 percent; they are made up of mostly starch and nongluten protein. These properties allow cocoa to not only make a delicious beverage, but also to take on some of the same structural duties as flour in baked goods, leading to more tender, rich and delicious cakes, brownies and cookies.

However, it is very, very important to pay attention to the type of cocoa powder you grab from the shelf. "Natural" cocoa has not been treated, so it maintains the "natural" properties of chocolate — it is astringent, bitter and distinctly acidic, with a pH around 5. When combined with an alkaline ingredient, such as baking soda, it will react and form carbon dioxide bubbles, which acts as a leavening agent.

"Dutch-process" or "Dutched" cocoa, on the other hand, is made from cacao beans that have been treated with potassium carbonate, an alkaline substance, that raises the powder's pH to a neutral 7 or alkaline 8. This process makes a milder cocoa powder with lower levels of that familiar roasty flavor and far less astringency and bitterness. Dutched cocoa is darker than natural cocoa and can frequently taste subtly like baking soda.

Most cocoa brands will call out their type right on the front of the package. Your average, everyday Hershey's is natural cocoa. Their "special dark" is Dutch-process. 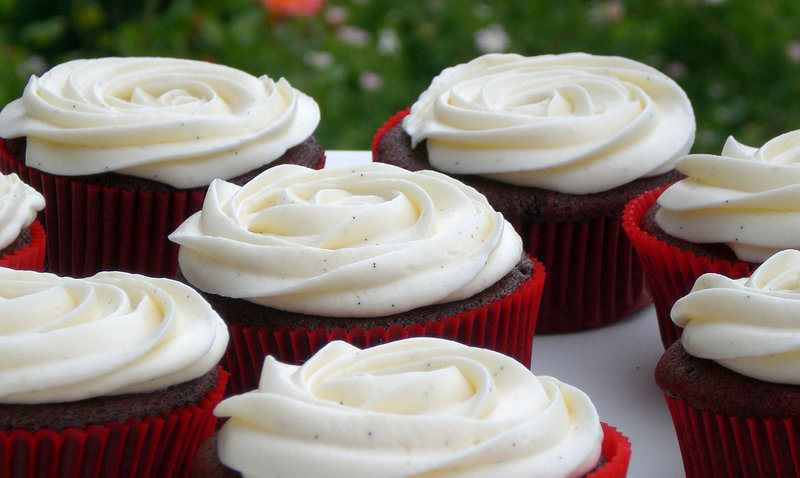 What does this all have to do with red velvet cake? The key lies in those astringent flavor molecules in natural cocoa. Called anthocyanins, these antioxidant molecules are also found in vegetables like red cabbage and are highly sensitive to pH levels. Picture that red cabbage. When it's sitting in the produce section of the grocery store, it is in a neutral environment and has a purple color. Slice it up and toss it with vinegar or lemon juice (both acidic ingredients) and it will brighten and take on a more vibrant reddish-purple color. Toss it with baking soda, for experiment's sake, and you'll notice the cabbage turning blue. Science!

Red velvet cake recipes take advantage of this color-changing property of natural cocoa. All red velvet cakes include a high amount of acidic ingredients, often in the form of both buttermilk and vinegar. (And cocoa! We're learning!) When these ingredients hit those anthocyanins in the cocoa, the powder will turn brick red. Yep, even without the food coloring.

Now take this science into the kitchen and bake up your next new favorite red velvet cake: