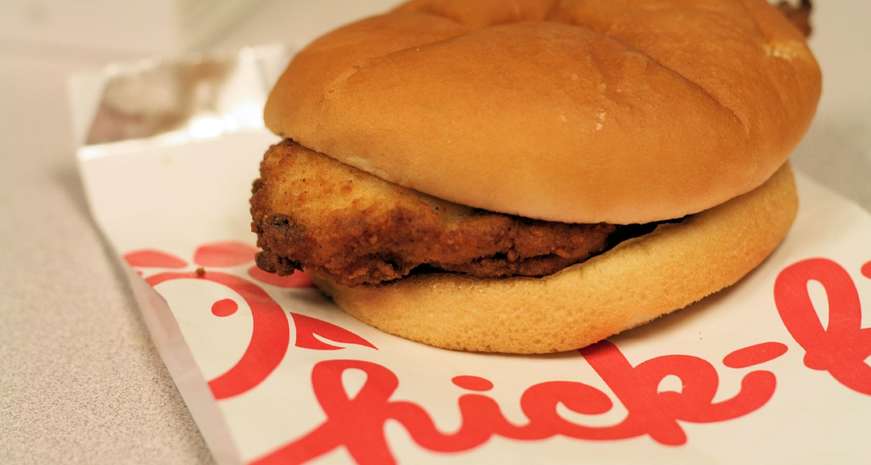 Once a Southern secret, Chick-fil-A is now dominating the Union

Known as the home of the original chicken sandwich, Chick-fil-A has grown from a small fast food chain in Georgia to a nationwide phenomenon. Now that the company's delicious fried chicken has been introduced to all but eight U.S. states, it has reportedly surpassed other chains in enough of them to become the most popular fast-food chain in 40 states.

Business Insider has crowned Chick-fil-A the most popular fast-food chain in 38 states, using data from Foursquare to determine who's at the top of the ... ahem, food chain. Surpassing other notable national franchise brands such as Popeyes, KFC and Zaxby's, Chick-fil-A is now America's favorite place for fast-food, or at least the favorite of people who use Foursquare.

According to the story, Foursquare analyzed which chains in every state averaged the most visits per location (based on the total number of visits to each chain), then divided that number by the number of locations in each state.

Business Insider noted that "Chick-fil-A dominates, which isn't surprising — the fried chicken chain generates more revenue per restaurant than any other fast-food chain in the US."

Over the past five years, the expansion of the chain to 42 states has given the rest of the country a taste of the South. Yet back in the day, Chick-fil-A's chicken sandwiches were only available in the region. The fast-food chain was founded in 1946 as The Dwarf House, in the Atlanta suburb of Hapeville, Georgia, and opened its first modern location in 1967 in Atlanta's Greenbriar Mall. Sticking to its Southern roots, Chick-fil-A has long offered up a menu of crispy fried food — notably the chicken sandwich — to Southerners and anyone else who happened to be passing through.

While the majority of locations are still based in the South, the rest of the country is slowly but surely getting Chick-fil-A love. And for those of us who no longer live in an area close to a Chick-fil-A, the expansion of the brand means more opportunites to sink our teeth into the famously amazing chicken sandwich (don't forget the biscuits, nuggets and waffle fries), sip on freshly squeezed lemondade, and enjoy the excellent, super-fast service that also helped make the chain popular.

We've all seen how the opening of a new Chick-fil-A location brings out die hard fans and those who have heard whispers of this Southern favorite. Now that Chick-fil-A fandom has spread throughout the country and is no longer just a Southern favorite, once again we can disprove the old stereotype that the South is slower than the rest of the country. As it turns out, just as founder Truett Cathy fortold, we made all of y'all eat more chicken.