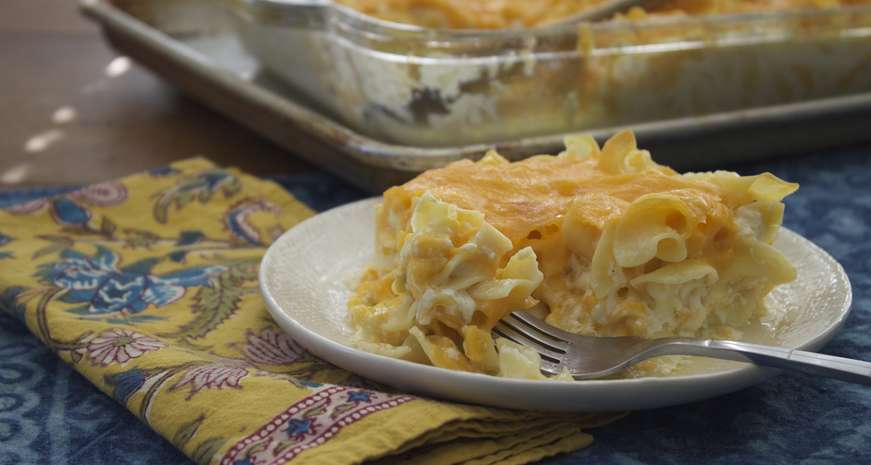 My family was a Stouffer's baked macaroni and cheese family. Yes, sometimes we ate standard Kraft and other times Velveeta shells and cheese, but our favorite was always the molten, slightly granular mush emerging from that familiar red and black box. Because this was my baseline, I always thought that sliceable macaroni and cheese was super weird. My mac and cheese was ooey and gooey; it would never be able to stand up in a proud, tall square.

But there are plenty of people who disagree with me. Order a side of mac and cheese from just about any barbecue restaurant or steam table soul food spot and you'll likely get a square of pasta and cheese, bound together with eggs and often topped with a generous layer of breadcrumbs.

Baked macaroni and cheese casseroles were likely the earliest form of the dish eaten in the South, and while the South was perhaps not the first region of the country serving macaroni and cheese, it was certainly made famous here. In the late 18th century, Thomas Jefferson traveled to Europe with his slave and cook James Hemings. Jefferson tried a dish of pasta and cheese, and once back at Monticello, he had Hemings create a macaroni and cheese "pie," inspired by dishes from their travels. This macaroni and cheese pie was popular enough that it was later served at an 1802 state dinner at the White House. Though the dish was prepared by Hemings' brother, who took over kitchen responsibilities after James was freed, it was likely the first brother's recipe. 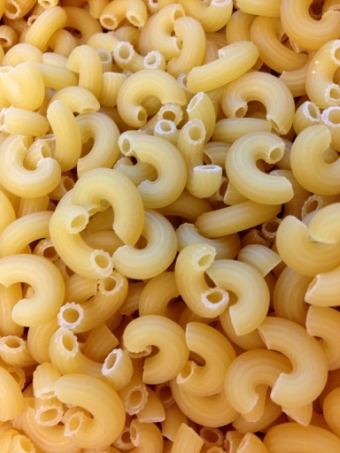 Early cookbook author Mary Randolf, whose brother was Jefferson's son-in-law, included a similar dish in her 1824 cookbook, "The Virginia Housewife." The recipe for "macaroni" reads: "Boil as much macaroni as will fill your dish, in milk and water, till quite tender; drain it on a sieve sprinkle a little salt over it, put a layer in your dish then cheese and butter as in the polenta, and bake it in the same manner." (Polenta was baked in a "quick," a.k.a. hot, oven for 20 to 30 minutes.) Given Randolf's connection to the former president, her recipe was likely at least inspired, if not totally lifted from Hemings, which makes him one of the very first creators of the dish we know and love today.

When macaroni and cheese first made its appearance in the South, both cheese and pasta were hard to come by, so the dish was generally served in elite households, like the White House. By the Civil War, however, factories had begun manufacturing both cheese and pasta on a wider scale and recipes for mac and cheese began popping up as far west as Kansas and Missouri. And, according to Atlantic writer Corby Krummer, macaroni and cheese "lost its cachet once the masses could afford it."

Of course, like so many other dishes in the South, especially economical ones, macaroni and cheese has stuck around.

Southern Kitchen reader Karen Everhart bakes a macaroni and cheese recipe similar to these original versions, and it is indeed an old recipe. She wrote: "I'm 73 years old and, this was my GRANDMOTHER'S recipe! It is requested by all of family - children and adults - every year!!"

Her macaroni and cheese is made with egg noodles that are boiled until tender, and layered with sharp cheddar and butter, before being draped with a simple custard of eggs, milk, salt and pepper. A thick layer of sliced cheese melts over the top to create a melty neon orange top hat for each serving.

Update: Everhart wrote me this week with more details about the recipe: "[When] my grandmother, Sally Augusta Dettwiller, died in 1946, my mother Elsie Stroud Dettwiller hand-wrote the recipe in 1930 apparently per my grandmother's instructions. These instructions said to use macaroni or egg noodles. We have surmised that macaroni might have been unavailable or too expensive; Grandmother could make homemade egg noodles with on hand ingredients. The family has, as long as I can remember, used wide egg noodles."

I baked Everhart's macaroni and cheese this week and, while I made some tweaks, it certainly held old-fashioned comfort-food appeal. I kept the generous volume of cheese intact, but reduced the amount of butter from eight ounces to six. Next time, I'd even scale back the butter further — before you scream "heresy," know that I still call for a full stick. This step retains richness but will prevent pools of melted butter from oozing out of the cooked dish.

I also found that I needed to increase the volume of custard to match Everhart's description; she wrote that the mixture should "come to just under last layer of cheese." In doing so, however, I managed to disturb the fragile balance of eggs and milk, causing milk to spill out of the cooked casserole. Next time a higher proportion of eggs is needed — one egg to one cup milk is the minimum to prevent spilled milk.

But there were no tears spilt over the dairy, and this mac and cheese stood up proudly to the slicing test and has even started to make its way into my Stouffer's-loving heart. 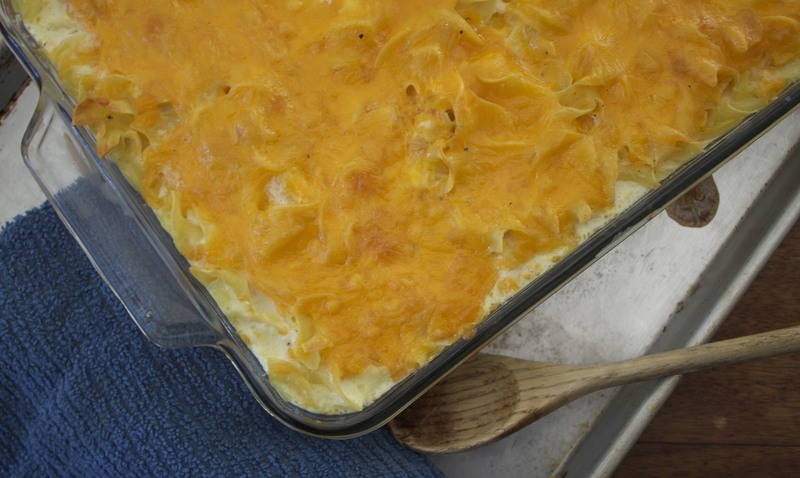 Instructions
Heat the oven to 350 degrees.

Bring a large pot of salted water to a boil over high heat. Add the noodles and boil until just al dente, 5 to 6 minutes. Drain and rinse with cold water. Drain well.

Meanwhile, grate one pound of the cheese on the large holes of a box grater. Thinly slice the remaining cheese.

In a large bowl, whisk together the milk and the eggs. Season generously with salt and pepper.

Place the baking dish on a rimmed baking sheet and bake until the filling is bubbling and the top layer of cheese is just starting to brown, about 45 minutes. Let rest for at least 15 minutes before serving.

Do you have a beloved family recipe to share? We'd love to try it. If it's written on a recipe card, even better. Send us a picture of the recipe card or a typed out version of the recipe to kate@southernkitchen.com. If you can, please include any stories or memories you have about the dish — these will help make your recipe shine! Our goal is to build out a robust visual database of Southern recipe cards to share with you, our community.