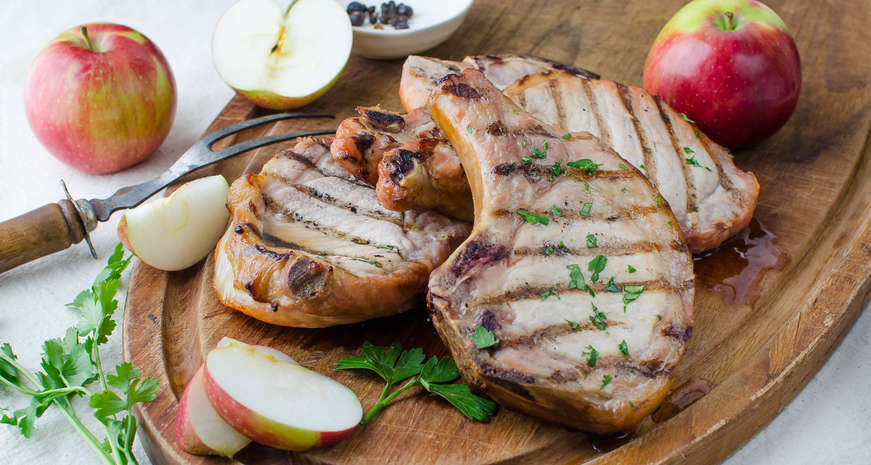 Make the juiciest, tastiest pork chops with a bourbon brine and hickory smoke

Here's the secret to the juiciest pork chops. (Hint: It involves bourbon.)

I was raised on dry, mealy pork, especially when that pork came in chop form. It was during the time when undercooked pork was associated with trichinosis and the Food Police put the fear of God into every home cook who deigned to serve pork chops at supper.

I think it’s why the classic pairing of pork chops and applesauce became such a thing. Dipping a rib into applesauce moistened the chops enough to be palatable and, ultimately, easier to “get down.” Those were the dark days of pork.

Since then, there’s been a renaissance in pork cookery. Farmers' adherences to improved feeding practices and safety standards have practically eliminated the risk of disease, especially when combined with the FDA’s recommendation of cooking all pork to 145 degrees. And it’s changed the way America eats. We’ve gone from standard pan-frying and Shake and Bake to roasting, grilling and curing — hello homemade bacon!

For the juiciest, most flavorful and tender pork chops, though. you can’t beat a two hour brine and a twenty minute smoke. It’s easier than you may think.

The recipe for this brine is half apple juice and half water, plus kosher salt, brown sugar, whole spices and a shot of Kentucky bourbon for good measure. The brine permeates the flesh, plumps the meat's cells and adds a whole bunch of flavor to the meat. But it’s the kiss of hickory smoke that truly takes these chops to the next level.

The key to properly cooking the pork is achieving a steady smoke, then adding the chops, closing the lid tightly and leaving the whole setup alone. Don’t touch. Don’t peak. I know you want to. Just. Don’t. The chops cook on indirect heat, so there’s no worry of burning or over-cooking. Don’t believe me? Try it and see.

At the end of the smoke, grill the pork chops for a few minutes on each side and serve ... with or without applesauce. 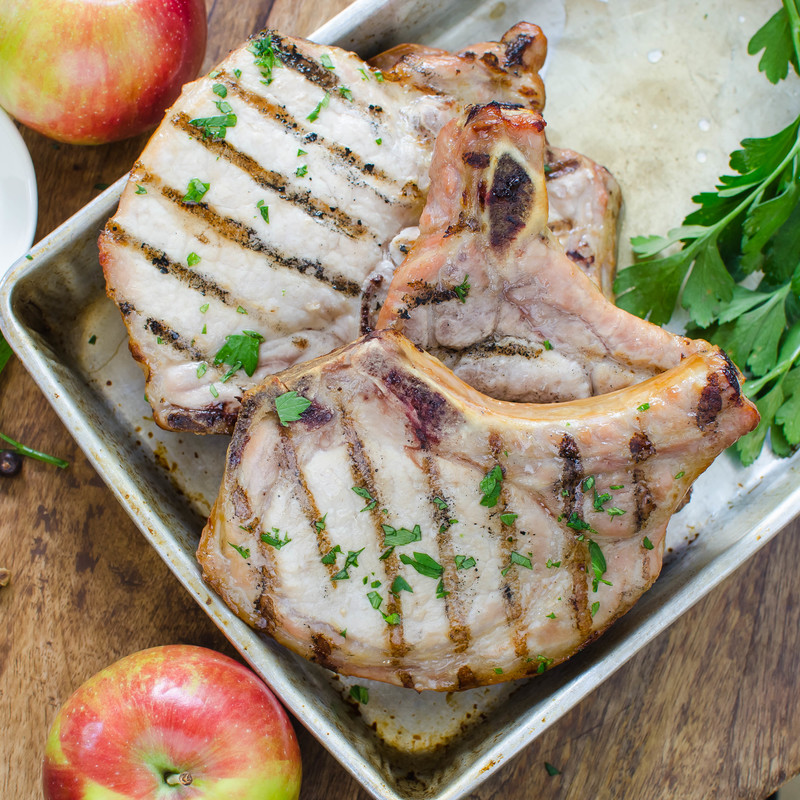 Instructions
In a medium saucepan, combine the apple juice, sugar, salt, bourbon, peppercorns, allspice, cloves and bay leaf. Place over medium-high heat and cook, stirring occasionally, until the sugar and salt dissolve. Remove from the heat and add the cold water. Let the brine cool to room temperature.

One hour before you’re ready to smoke the pork chops, place the wood chips in a bowl and cover with water. Soak for 1 hour and then drain.

Thirty minutes before cooking, remove the pork chops from the refrigerator and let come to room temperature.

Place the wood chip pouches directly on the flavor bars of a gas grill or directly on the embers if using a charcoal grill. Close the lid and heat until a steady white smoke emanates from the grill.

Reduce the heat to 350 degrees.

Transfer the pork on the hot side of the grill and cook until the center registers 145 degrees, 2 to 3 minutes per side. Transfer to a cutting board, tent with foil and let rest for 3 to 5 minutes before serving. 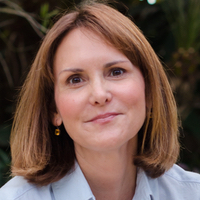 Lisa Lotts is a freelance writer, food photographer, recipe developer and owner of the blog, Garlic & Zest. Her work has been featured in a multitude of online outlets including Honest Cooking, Men’s Fitness, Today, Better Homes & Gardens, BuzzFeed and Shape, to name a few. Her food photography stretches beyond her blog and she styles and shoots dishes for restaurant menus and websites, and she aspires to photograph a cookbook. Having grown up in Southeastern Virginia, she has a natural affinity for well-seasoned cast iron skillets, Smithfield ham, soft-shell crabs and old fashioned oyster roasts. Lisa's approachable fare tastes like home.