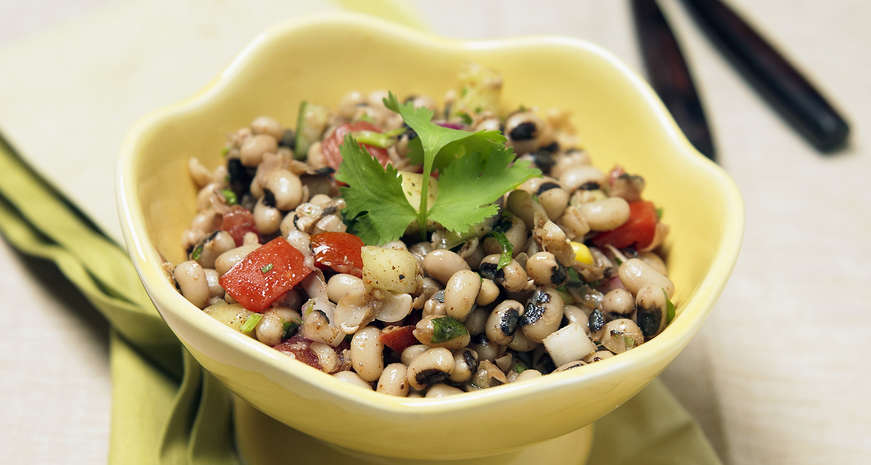 Black-eyed pea 'caviar' is a Southern tradition — here's how to make it, Alabama-style

Southern caviar — that indelible combination of chilled black-eyed peas, onion, vinegar and, usually, some peppers for crunch —  is an important part of many a New Year's meal, as well as game day events throughout the year. While it likely originated in Texas, states and schools throughout the Southeast have adopted it as its own; you'll find recipes for everything from "Bulldog Caviar" to the following recipe, for "L.A. Caviar," straight out of lower Alabama.

To the unfamiliar, the words “L.A. Caviar” might conjure images of eating the swanky ocean delicacy on a sunny, palm tree-surrounded patio in Southern California. However, most Southerners and fans of the popular seaside restaurant, Lulu’s at Homeport Marina know “L.A. Caviar” refers to “Lulu’s Lower Alabama Caviar,” the restaurant’s signature black-eyed pea dip.

Owned and managed by Lucy Buffett, sister of Margaritaville singer Jimmy Buffett, Lulu’s attracts the same margarita-loving crowd with live music, a gift store, an arcade for the kids and of course, the delicious seafood dishes you’d expect from the Gulf Coast. The restaurant now has two locations: the original in Gulf Shores, Alabama, and one in Destin, Florida.

Lower Alabama Caviar (which is sometimes referred to as a black-eyed pea salad, salsa or dip) is an ode to Buffett’s time spent living in Los Angeles and an homage to her Lower Alabama roots. L.A. Caviar differs a bit from other Southern-inspired dips, like pimento cheese and onion dip, in that it is not cream-based. Instead, the dip relies on vinegar and olive oil for its base. L.A. Caviar makes excellent use of black-eyed peas, a Southern favorite. A trinity of green, red and yellow bell peppers adds crunch and flavor. The red onion and cherry tomatoes takes Alabama Caviar just to the border of salsa territory.

Instructions
In a large bowl, combine the black-eyed peas, tomatoes, onion, parlsey, peppers, vinegar, oil and sugar. Season to taste with salt and pepper. Cover and refrigerate for 12 to 24 hours before serving with tortilla chips or crackers.

A good Hoppin' John is all about ingredients

A good Hoppin' John is all about ingredients