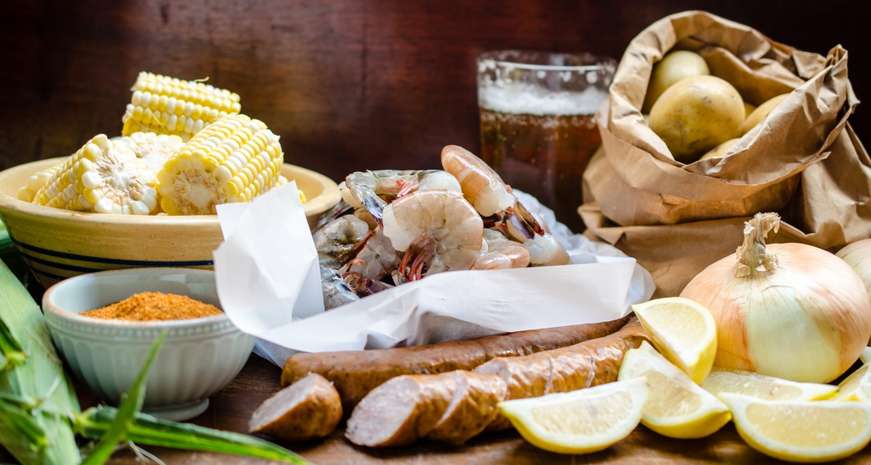 Stretching from the northern reaches of the Atlantic coast of Florida to north of Charleston, near Pawley's Island, the Low Country is part of the largest saltwater marsh in the world. For centuries, men and women have made their livelihoods harvesting fish and shellfish from Low Country estuaries, those magical places where the meandering ocean tide flows in, mixing the sea water and fresh together. There, islands are separated from the mainland by tidal marshes, some as long as six miles wide. When flying overhead, the coast looks like intricate lace with long black curving lines of rivers and creaks running through the green wiregrass marsh.

The region has a distinct culture, geography, architecture, economy and cuisine all its own. The Low Country teems with aquatic life, and for centuries local cooks have turned to the water for culinary inspiration. Crabs, shrimp, fish and oysters form the basis of any traditional menu, and seafood dishes are offered at every meal. 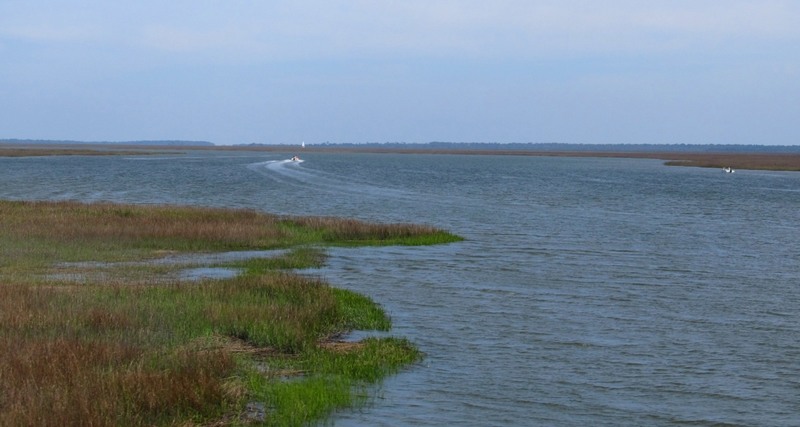 With a long list of dishes famous to the area, the Low Country is especially renowned for a seafood dish known as both Low Country boil and Frogmore stew. Some food lore states the dish was created by Richard Gay, of the Gay Seafood Company, who was on National Guard duty in Beaufort in the 1960s, but my instinct tells me that this is one of those rustic dishes of that simply came into being many, many years ago. There's a long history of Southerners of all races harvesting from the ocean, creeks, rivers, forests and woods in the South, mostly driven from need. The Low Country boil may grace fancy restaurant menus in Charleston and Savannah, but it is at its core a simple country recipe.

According to The History of Beaufort County, South Carolina 1541-1861, Frogmore was the largest plantation on St. Helena Island, a barrier island near Beaufort and Hilton Head during the colonial and antebellum eras. It also held the most enslaved Africans. Slaves were first brought to the region in the early part of the 18th century to grow indigo. After the American Revolution, the planters turned to cotton, which came to be called Sea Island cotton, and rice. The descendants of these early enslaved Africans who live in the Low Country region of South Carolina and Georgia are known as Gullah or Geechee. (Geechee is a term some historians consider to be related to the Ogeechee River near Savannah, Georgia.) The Gullah Geechie tradition has had one of the largest and lasting influences on how Low Country citizens eat today, and the Low Country boil is but one example. 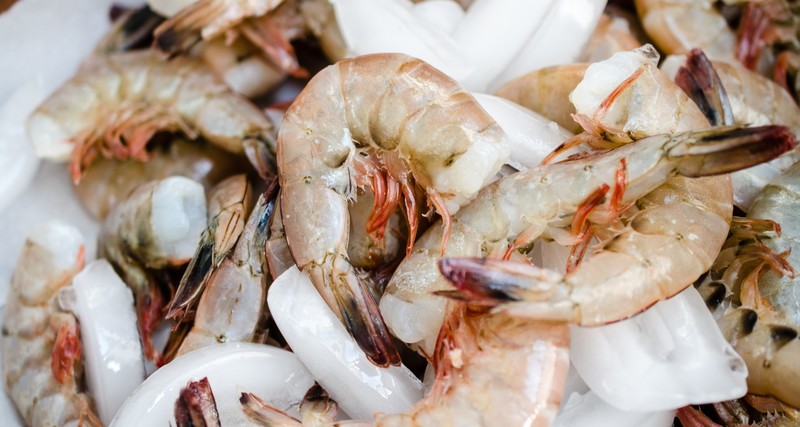 Now eaten by everyone seemingly everywhere — at restaurants by hordes of visiting tourists, believers at church dinners, patrons of school fundraisers, and families, both black and white, at annual get-togethers — a Low Country boil is the perfect relaxed summer meal for a crowd. At home or at these larger functions, it is traditionally prepared in a big pot on an outdoor gas cooker. It usually contains sausage, shrimp, sometimes blue or stone crab, potatoes and corn for an all-in-one-pot, all-you-can-eat buffet traditionally served outside on tables lined with newspapers.

My slightly scaled down version brings the party indoors for every night cooking. The recipe serves about six, but it’s easy to adjust. Just allow about a half pound of shrimp, roughly a quarter pound of sausage, a potato or two, plus a few pieces of corn, per person. It is very important not to overcook the shrimp; they will get rubbery and tough. Basically, add the shrimp at the end and cook them until they just turn pink. It just takes a few minutes. 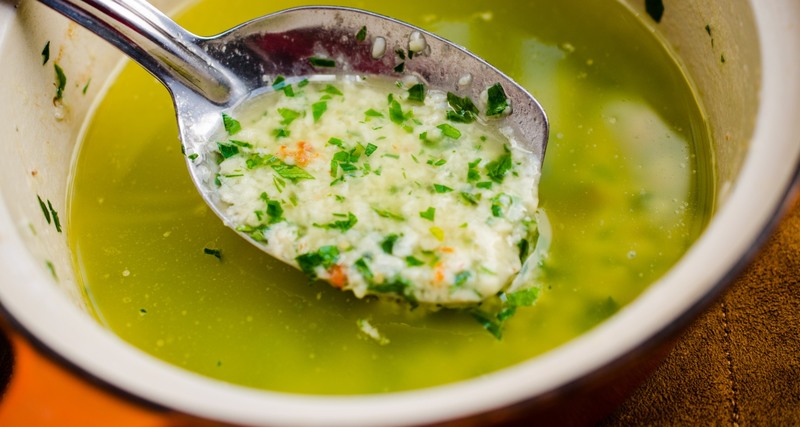 Low Country boil is typically accompanied by cocktail or tartar sauce, or maybe melted butter. To amp things up, I've taken inspiration from another famous African American, Gullah-influenced dish prevalent in the Low Country: garlic crab. These boiled, fried or roasted blue crabs get tossed in a garlicky butter, which I've recreated below as a dipping sauce.

Whatever sauce you choose, keep in mind that even this everday recipe can be a bit messy — I stand by using newspaper to line the tables, even indoors! 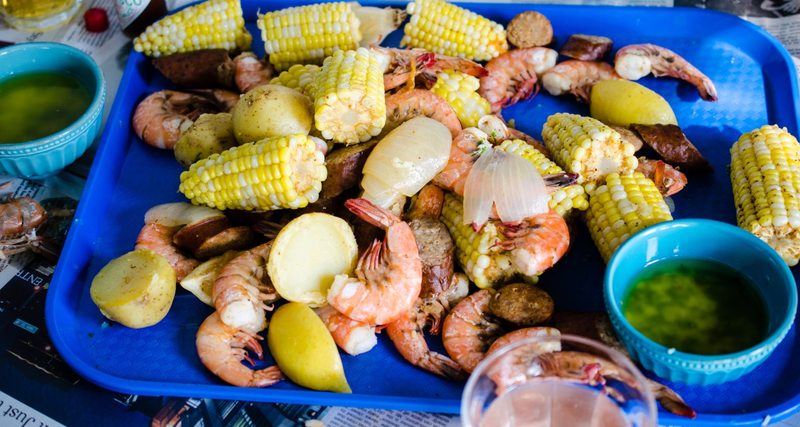 Instructions
Fill a large pot with 5 quarts of water. (Add more if needed; the volume will depend on the size and shape of your pot.) Add the beer, onions, two of the lemons, seafood boil, bay leaves, peppercorns and 2 tablespoons salt. Cover and bring to a rolling boil. Reduce the heat to a lazy simmer and let cook until the flavors marry, about 15 minutes. The liquid should be highly seasoned and aromatic.

Meanwhile, prepare the garlic sauce: Melt the butter in a medium skillet over medium heat. Add the garlic and red pepper flakes. Let simmer until fragrant, 45 to 60 seconds. Add the parsley and season with salt and pepper. Remove from the heat and cover to keep warm.

Transfer the shrimp, sausage and vegetables to a large platter or tray. Serve immediately with hot sauce, remaining lemon quarters, and the warm garlic butter sauce.

Get to know the coastal cuisine of Georgia's Golden Isles

Get to know the coastal cuisine of Georgia's Golden Isles