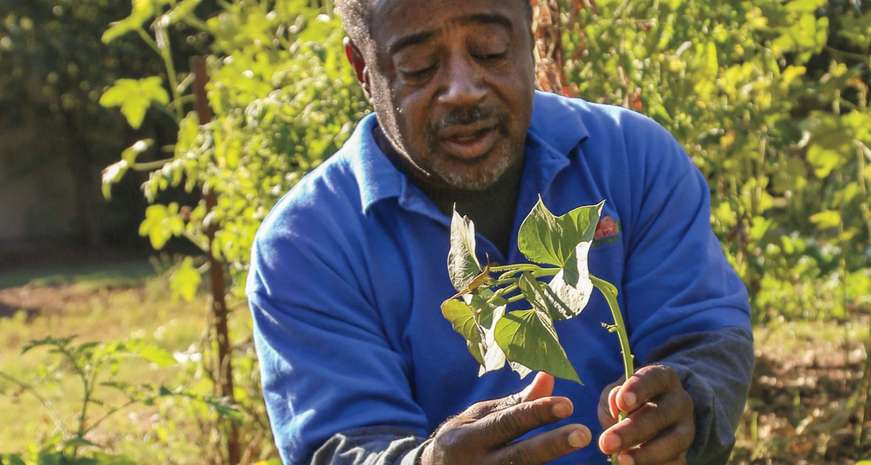 Life Skills, Self-Sufficiency and Sweet Potatoes: An essay from 'Secrets of the Southern Table'

As y'all surely know, we're loving Virginia Willis' new cookbook, Secrets of the Southern Table. The book is full of thought-provoking essays on farmers, producers and chefs throughout the South, one of which we've printed below.

Every holiday season, in anticipation of Thanksgiving cooking, grocery stores construct towering pyramids of canned yams, flanked by bags of marshmallows and boxes of brown sugar. The truth is that the contents of those orderly cans are not yams at all. What is often labeled and sold as yams are actually sweet potatoes. Botanically speaking, yams are tubers and a member of the lily family; sweet potatoes are the root of a member of the morning glory family. Yams originated in Africa, whereas sweet potatoes are New World plants. That sweet, orange-colored vegetable in the produce department is actually a sweet potato. Most people think that long, red-skinned sweet potatoes are yams, but they really are just one of many varieties of sweet potatoes. Compared to sweet potatoes, yams are starchier and drier. True yams can be tough to find. They aren’t carried in many local grocery stores, so your best chances of finding them are in international and specialty markets.

I used to think I didn’t like sweet potatoes because they were so sweet, and then I realized it wasn’t the sweet potatoes I didn’t care for — it was the copious amounts of sugar typically heaped upon them. They thrive in the Southern climate, store well over the winter months, and are highly nutritious. Sweet potatoes were a common food for impoverished Southerners, including enslaved Africans, as they could be grown to supplement meager rations. Because they were somewhat similar to the yams native to Africa in shape, color and texture, African Americans adapted to eating sweet potatoes when they arrived on the American continent, and they became a cornerstone ingredient on the Southern table. Adrian Miller writes in Soul Food: The Surprising Story of an American Cuisine, One Plate at a Time, “The fact that sweet potatoes got African Americans through hard times enhanced its culture value, and we see that elevated status in the way sweet potatoes were cooked by African Americans during slavery and after Emancipation.” 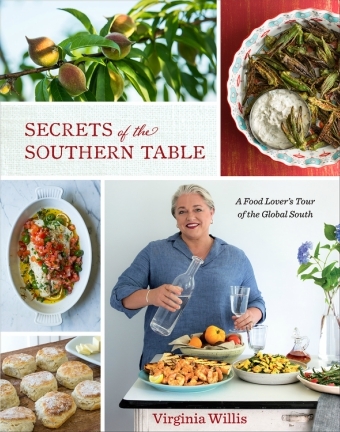 One man who is inextricably linked to the sweet potato is Dr. George Washington Carver. Born into slavery in Missouri around 1864 — the exact year and date of his birth are unknown — he went on to become one of the most prominent scientists and inventors of his time. As head of the Department of Agriculture for the Tuskegee Institute, his areas of research included methods of crop rotation and the development of alternative cash crops instead of cotton for Southern farmers and sharecroppers. This was especially important due to the devastation of the cotton crop by the boll weevil in 1892. In his efforts to teach farmers self-sufficiency and conservation, Dr. Carver created a series of free brochures that included information on various crops, cultivation techniques and recipes for nutritious meals — including more than one hundred recipes for the sweet potato.

The genesis of the Metro Atlanta Urban Farm was cut from the same cloth as Dr. Carver’s desire for self-sufficiency. Headed by CEO and Mississippi native farmer Bobby Wilson, the farm grows vegetables for retail sale, donates produce to organizations that help those in need, offers agriculture training for local citizens, and rents parcels for those interested in chemical-free urban farming. The farm is set on a beautiful five-acre tract of land established in the 1880s on Main Street in the heart of College Park, Georgia, just minutes away from downtown Atlanta. The offices are located in a stunning Victorian-era home with a large wraparound porch surrounded by rose bushes and pomegranate trees. The restored home features ornate woodwork, bay windows, a grand staircase and tiled fireplaces. The greenhouse is now built atop the footprint of the original barn and the caretaker’s cottage is used for classes and storage. 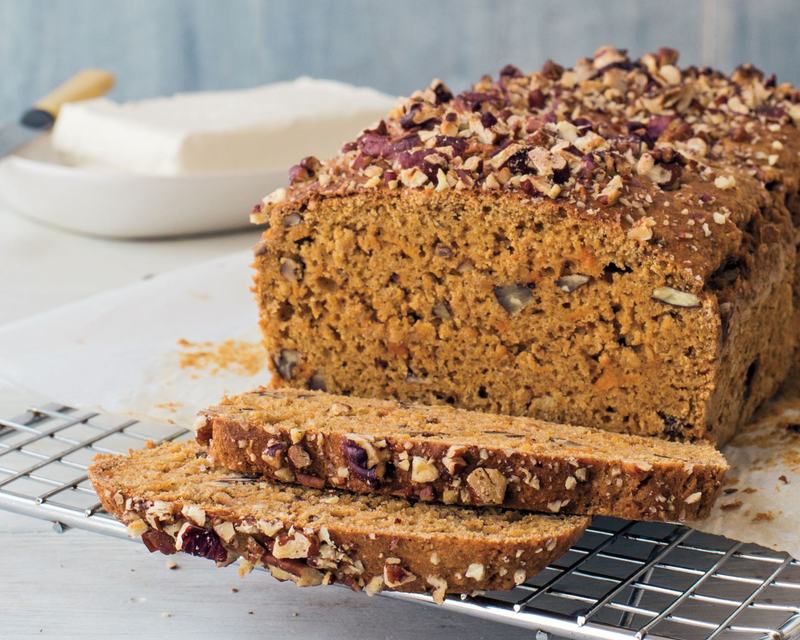 However, the formerly affluent area now has a poverty rate of nearly 40 percent according to the 2015 U.S. census. Equally concerning is that 30 percent of the residents do not have health insurance. On my first visit, I drove past the grand house twice, without a clue of what was hidden on the grounds. It’s a veritable urban oasis tucked between a package store and a gas station. Urban gardening is the practice of cultivating, processing and distributing food in or around a village, town or city. It happens in backyards, on rooftops and balconies, and through community gardening in vacant lots and parks — or on managed tracts as it is with the Metro Atlanta Urban Farm. Despite their relatively small size, urban farms grow a surprising amount of food.

Birds chirp in the trees and I can hear a dog barking in the distance as Bobby and I walk the farm. I am astonished by the setting. Except for the hum of the cars and the sounds of MARTA, Atlanta’s mass transit system, I could have been anywhere in the rural South, not in metro Atlanta with its population of nearly 5.5 million. The farm motto, “sustainability works,” is evidenced by the onsite wells in addition to the state-of-the-art solar panels the farm uses to generate power. “We started out about five years ago with the purpose to address some of the needs in food deserts across the metro Atlanta area,” Bobby says. “People did not have access to fresh produce, and we wanted to provide opportunities for individuals to be more self-sufficient and grow their own fresh vegetables.” 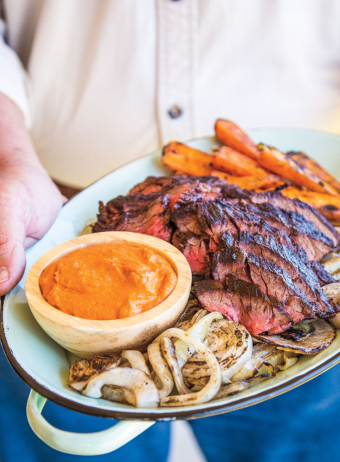 A food desert is an urban area in which it is difficult to buy affordable, good-quality fresh food. Nearly 2 million Georgia residents, including about a half million children, live in food deserts. The USDA has classified more than thirty-five food deserts in metro Atlanta. Through my work with the Atlanta Community Food Bank, I know there is a direct correlation between food deserts and the state’s high rates of obesity and chronic diseases such as hypertension, diabetes and cancer. Stroke and heart disease are among the top three leading causes of death in Georgia, accounting for nearly one-third of all deaths in the state.

On this beautiful fall day, it’s hard to conceptualize such tragic facts. Sweet potatoes are harvested in early October in most of the South when much of the summer produce has declined, although I notice a smattering of tomato, chile pepper and okra plants still producing. One of the community gardeners is preparing his large plot for winter greens — collards, turnips and kale. Bobby smiles and nods at the older gentleman, who he tells me is in his late seventies but works his vegetable patch nearly every day. The community garden is neat and tidy; someone has planted flowers around the edges of the plot. Bobby believes an agricultural framework is an excellent and cost-efficient tool to building stronger communities. Leaning on his worn shovel, he says, “Agriculture offers a multidisciplinary approach to providing workable solutions to communities. By working on an urban farm, residents and their families can learn basic life skills, build community, experience job creation, develop entrepreneurial skills and lead healthier lives. In short, agriculture is the instrument for creating economic and health empowerment zones.” 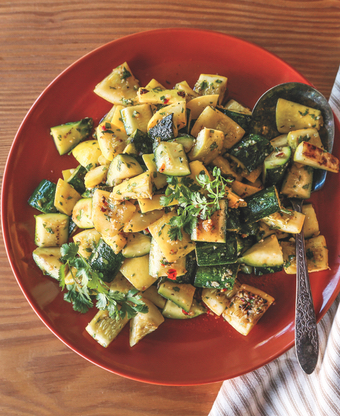 I laugh at the CDs hanging in the fruit trees, modern-day scarecrows of sorts. Bobby explains the farm is a certified “naturally grown” farm. This certification means those working on the farm do not use synthetic herbicides, pesticides, fertilizers, antibiotics, or hormones or grow GMO vegetables. He continues, “The ‘naturally grown’ certification allows them to offer organic-quality produce to customers at a fraction of the price of organic-labeled foods.” The farm does a great deal of work with local churches and senior centers. I later learned that in 2015, the farm provided food for more than 5,000 homeless people, taught 1,900 students how to plant vegetables and provided 2,600 pounds of food to needy families.

In metro Atlanta, food-related problems are complex and far-reaching. They include food insecurity, diet-related diseases, threatened ecosystems and far too many communities with low access to fresh, healthy foods. The impact of these problems is vast. Conversely, there are more than eighty farms in a ten-county radius of metropolitan Atlanta, including the Metro Atlanta Urban Farm. Proponents of locally grown food know it contributes to community vitality, economic development, health and nutrition, and environmental stewardship. And it can start with something as simple as a bed of sweet potatoes. I’m certain Dr. Carver would agree.

Get your copy of Secrets of the Southern Table

Excerpted from Secrets of the Southern Table, © 2018 by Virginia Willis. Reproduced by permission of Houghton Mifflin Harcourt. All rights reserved.

We're about to get a lot more Virginia Willis

Virginia Willis wants to help you become a braising master

We're about to get a lot more Virginia Willis

Virginia Willis wants to help you become a braising master