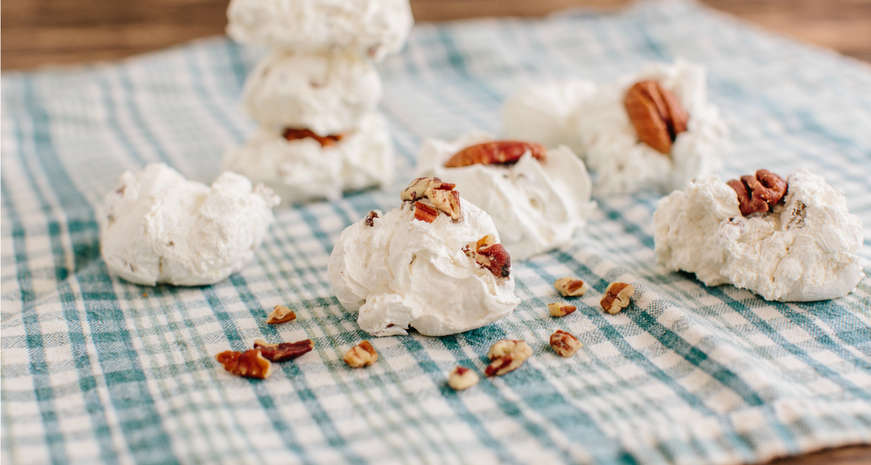 Unlocking the mystery and technique behind this Southern candy

In our series Saving Southern Recipes, we explore the deep heritage of Southern cooking through the lens of passed-down family recipes.

I grew up watching Publisher’s Clearing House commercials with my grandmother and in my naivety, I always expected that at any minute, that exact van and large check to show up at her Metter, GA doorstep. I’m not sure if she ever actually entered the sweepstakes.

Better than the balloons, the check and the handsome spokesperson, there was a delivery to her door that warranted much more merit than seen by the winners on the screen. It was something I never understood but when Sara, her longtime friend, showed up with a styrofoam tray of candy that looked like mushy clouds with a pecan on top, you would have thought she had won the grand prize.

My grandmother, for whom I am named, loved divinity. It was her favorite indulgence and something that she truly cherished. She was over the top; not in all ways, just in her gratitude and love for sweets. I do not recall ever seeing her make divinity, but why would she when she had a loyal friend deliver it to her doorstep?

Divinity has long since been a mystery to me and to other newer generation Southerners. It doesn’t look like much, it is hard to find, and it is finicky to make. (I would be remiss if I didn’t mention that Stuckey’s, a nostalgic roadside stop, still has a few locations in the South and an online store where they sell pecan divinity and pecan logs.

Perhaps the most comical aspect about divinity is that it doesn’t do well to make it on a humid day, which is every day for a ten month run in the South each year. After pursuing through all of her old church cookbooks and attempting a handful of times, I do feel as though I have unlocked the mystery. 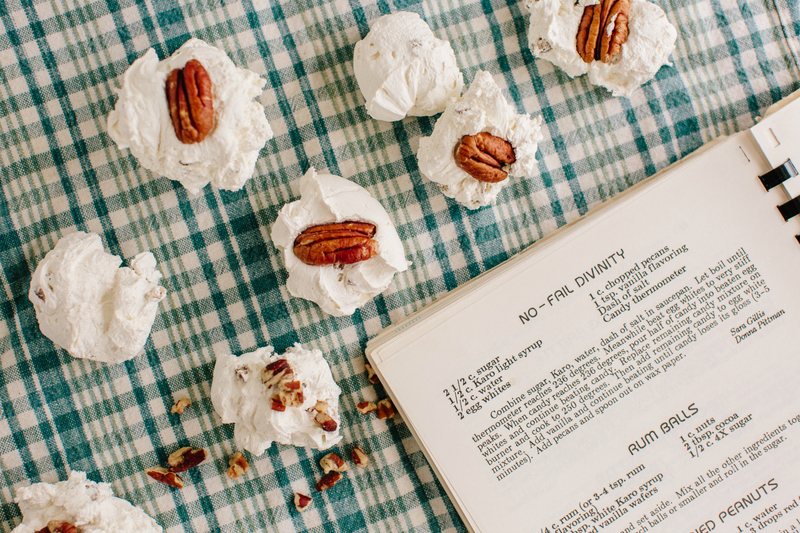 Every recipe I came across had the same basic ratios of sugar, corn syrup, water and egg whites. What distinguishes a batch as successful is the candy temperature and length of beating (more on this below). The end product is slightly crisp on the outside, fluffy on the inside and has a satisfying crunch of pecans in every bite. Some decide to put a single pecan half on top, and some add chopped pecans inside the mixture. We remain a house divided: My mother likes it the first way, and I the second.

Now in my adulthood, I finally appreciate this technically complex but deliciously simple tasting Southern confection. The beauty comes through by way of the technique and delicacy of the final product. It truly is a cornerstone in Southern cooking.

Instructions
In a large saucepan, combine the corn syrup, water and salt. Pour the sugar into the center of the saucepan, trying not to hit the sides of the saucepan with the sugar. Place the saucepan over medium-high heat and let the sugar melt into the water. If necessary, gently swirl the saucepan to help the sugar dissolve. Once all of the sugar has melted, clip a candy thermometer onto the pan and continue to boil, without stirring or swirling, until the mixture reaches 260 degrees (the hard ball stage), 8 to 10 minutes. It is very important not to stir during this step.

While the candy mixture is boiling, place the egg whites in the bowl of a stand mixer fitted with the whisk attachment. Beat on medium-high speed until the egg whites form stiff peaks.

With the mixer running on medium-high speed, very gradually and carefully pour the hot syrup into the egg whites. This should be take about 2 minutes.

Add the vanilla, scape down the sides of the bowl and continue to beat the mixture on medium-high speed just until the mixture turns from glossy to matte, 5 to 8 minutes. Watch carefully. When you lift the whisk, the candy should stand on its own. If it flattens, beat for another minute or so. Make sure to not over-beat. The mixture should be malleable. Stir in the chopped pecans.

Lightly grease two spoons with nonstick oil spray. Use the spoons to drop the divinity onto waxed paper. Top with the pecan halves, if desired. Let the candy set for about 2 hours before serving or storing in an airtight container for up to one week.

Do you have a beloved family recipe to share? We'd love to try it. If it's written on a recipe card, even better. Send a picture of the recipe card or a typed-out version of the recipe to editor@southernkitchen.com. If you can, please include any stories or memories you have about the dish — these will help make your recipe shine! Our goal is to build out a robust visual database of Southern recipe cards to share with you, our community. 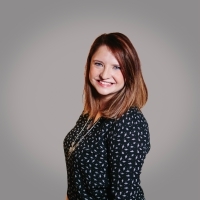