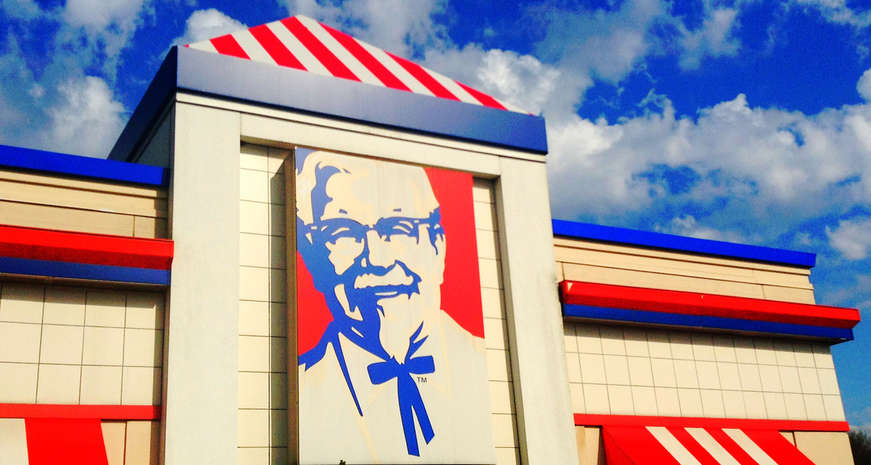 As a part of KFC’s new marketing strategy, actors and comedians, such as Jim Gaffigan, Darrell Hammond, Rob Lowe and Norm McDonald, have played the role of Colonel Sanders. For their latest campaign, they’ve decided to switch up the look of the colonel and recruit a new kind of celebrity for the role.

Yesterday, KFC announced on Twitter its latest pick, and we have to say we’re proud a Southern woman was chosen. McEntire’s portrayal of the Colonel coincides with the launch of the company’s newest menu item, Smoky Mountain Barbeque fried chicken.

Nothing to see here, folks. Nope, nothin’ at all. Just the same old Colonel with a new flavor of fried chicken. pic.twitter.com/ju2omd07OC

“The pairing of a universally loved music legend like Reba with a universally appealing flavor like Smoky Mountain BBQ makes what I like to call ‘Smoky Mountain Magic,’” Andrea Zahumensky, the company’s chief marketing officer, said in a statement to Food & Wine.

Donning a fake beard, mustache, white hair and white suit, it’s refreshing to see a woman taking on the role and showing off her talented voice. The new Colonel Sanders sings her love for the new Smoky Mountain BBQ in a honky tonk bar scene. It’s a performance we’ve never seen from Colonel Sanders before.

McEntire, who is a native of Oklahoma, revealed to Food & Wine that she grew up as KFC fan, so being the face of fried chicken should come easy. We can’t wait to see where Reba’s Colonel pops up next.