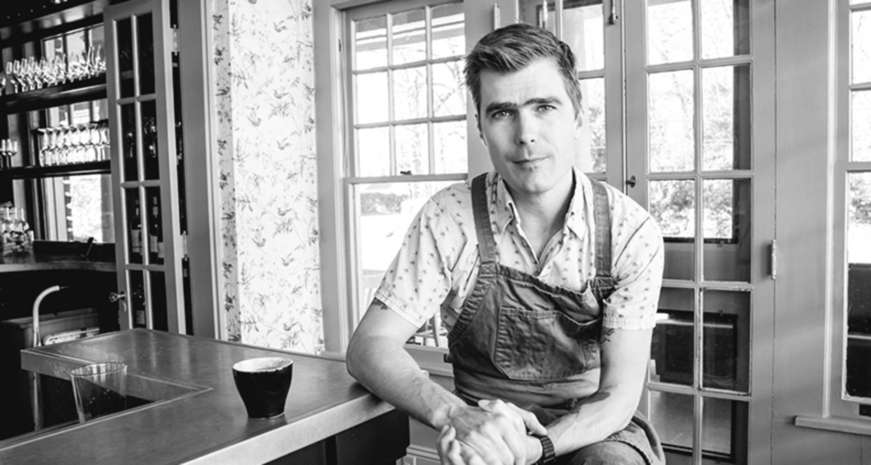 Hugh Acheson on the 'beauty and density' of Southern cuisine

At age 15, Hugh Acheson began working in restaurants after school in his native Ottawa, Canada. In 2000, he opened his first restaurant, the acclaimed 5 & 10 in Athens, Georgia. Sixteen years, three restaurants, two books and one coffee shop later, he is one of the South’s most renowned chefs. Hugh recently sat down with Southern Kitchen to talk about how he fell in love with Southern cooking, what it’s like when he cooks and hosts at home and what new projects he has coming up. 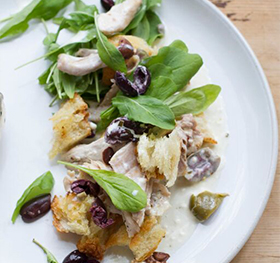 Southern Kitchen: How did you first fall in love with cooking?

Hugh Acheson: Well, it’s not as romantic as it seems. My first job was as a dishwasher at the Bank Street Cafe in Ottawa, Canada. It was pleasant drudgery. But it gave me an insight into the industry that I would fall for, head over heels. It took a while for it to gel, the fact that cooking was going to be my career. Once it did gel, I quickly realized that food is a never-ending topic. I can learn something new about it every day.

S.K.: What’s it like when you cook at home? Do you make elaborate meals? Simple dishes? Microwave dinners? Do you do the cooking?

H.A.: I generally cook when I’m at home. I cook simple food from scratch. Roasted chicken with Carolina gold rice and gravy and greens and beans. The occasional steak with salsa verde. Grits. Tomato salad. The kids are 12 and 14 ... I’m gonna save the foie gras for other purposes.

S.K.: In some very obvious sense, you’re a great host. But do you like to entertain or cook for guests in your home? Does that end up being a big production?

H.A.: I run restaurants every day. In my industry, you want to break away. When we cook at home and entertain, it’s meant to be a more convivial sense of entertaining. When people come over to my house, they are likely gonna have a bunch of really cold Creature Comforts beer and carne asada that we’ll make into tacos.

S.K: Do you have a favorite cooking tool? Something that you feel no kitchen should be without?

H.A.: My most used tool is a good basting spoon that is a spatula, a spoon, a turner, a prodder, a measuring device — an all-in-one tool that stays nestled in my hand most of the time when I am in front of the stove. Mine is a large Kunz spoon sold by JB Prince.

S.K.: You’re not a native Southerner, but I think it’s safe to say you’ve adopted the South as your home and very much embraced Southern cooking. What about Southern cooking is distinct in your mind?

H.A.: Southern food has a beauty and a density to it. I always refer to it as the hardwood of culinary culture in America. Other areas have some food identity, but they don’t have the tomes of writing to back them up. They don’t have the history or the constant debate about where things come from. Where does Brunswick stew come from? What is real North Carolina BBQ? Those debates show lots has been written down.

It’s always intrigued me that throughout Southern history, rich and poor, enslaved and not enslaved, pretty much [everyone] ate the same basic things. Cornbread appeared on all tables. That hyper regionality — it’s all a reaction to agrarianism.

S.K.: The first time I traveled to Athens everyone told me I had to go to The National, your second restaurant in the town. So of course I went but, unbeknownst to me, it was a Mediterranean — even North African — approach to food. What was your inspiration for that? How did you arrive at that concept?

H.A.: Well, I opened up 5&10, my first restaurant, 16 years ago, and that’s pretty decidedly Southern. The National was opened by Peter Dale and me. I often rely upon my partners. He was always very interested in Spanish food and North African food. It shows you can cook from different parts of the world and with a different vision and a different prism, but utilize Southern ingredients.

S.K.: Could you talk a little bit about Seed Life Skills, the organization you founded? What inspired you to start it? What is its mission?

H.A.: I started Seed Life Skills two years ago to address a dated curriculum in Family and Consumer Sciences. It is a simple complication of true life skills: some cooking, some personal finance, some just plain common sense. It seeks to give kids some retainable knowledge that will help them through all aspects of life. If we are going to create a stronger next generation then we have to level the playing field and make all kids able to cook a meal and keep themselves out of financial distress.

S.K.: It seems like you always have something in the works. A new restaurant, a new book. Anything exciting on the horizon?

H.A.: I’m working on a new cookbook. It’s centered around the slow cooker, that item you used once and shoved into the closet 10 years ago. It doesn’t have a name yet, but it’ll be published by Clarkson Potter and hopefully it’ll come out in the spring [2017].