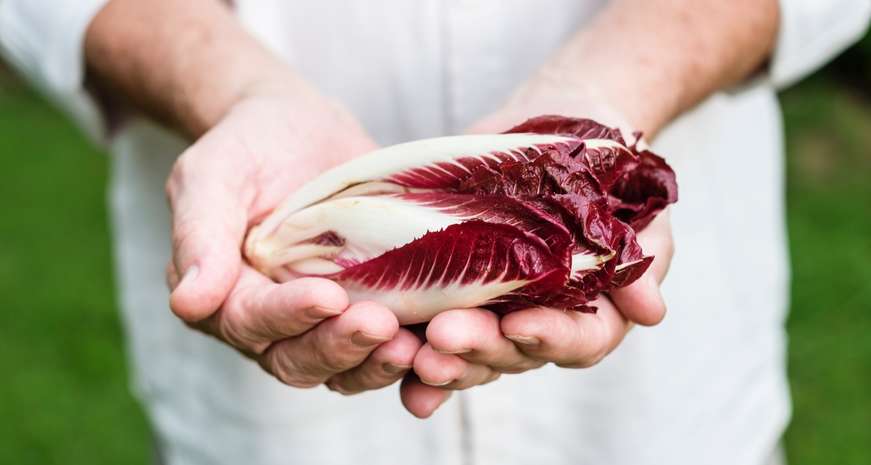 Few plants radiate as much beauty as radicchio; even fewer do so while simultaneously delivering black belt-level bitterness.

In the produce section, radicchio stands out, its deep purple foliage making the veins appear all the more blindingly white, emanating a sense of clean crisp. At home, you find that sharp dress to be more than skin deep. The leaves taste like something that most people would just as soon spit out. Because what they've learned about radicchio is wrong.

Those burgundy leaves are as tightly packed as those of a head of cabbage, and just as crispy, but the radicchio's crispness depends on water pressure rather than the fiber that gives cabbage its crunch. A more important distinction is that the spicy elements of cabbage flavor do mellow with cooking, unlike the bitter elements of radicchio. Confusing radicchio and cabbage may be at the root of why everyone is wrong about radicchio; even Wikipedia seems to conflate the two, which come from different plant families entirely.

Every recipe for cooked radicchio that you will find includes some note about how braising or grilling or whatevering radicchio will soften, mellow, relax or otherwise temper its taste. That may work for cabbage, but radicchio is a whole different plant. If anything softens when you cook radicchio, it's the radicchio itself, which collapses into a damp heap as the leaves weep the water that had once pressurized their stout bodies, which are no longer royal purple and dazzling white, but dilute gray-brown. All of the bitterness remains, and that's OK. The problem is the slimy, stringy remains of a dish that appears to be in a state of decay, and shouldn't have been prepared to begin with.

It won't hurt you
Because most toxins are bitter, humans have understandably become wired to regard bitter flavors with extreme skepticism. But clearly we are also born with the capacity to override this aversion, and actually come around to appreciate certain bitter flavors on a case-by-case basis.

Chocolate, coffee and beer, for example, have all earned passes, as they are non-toxic, or even pleasantly intoxicating, or stimulating, and make us feel good in various ways. With bitter vegetables the benefit of swallowing is not so immediately obvious. And without something to compel us to accept a certain type of bitterness, we often stay in default mode, and simply avoid these flavors.

But these bitter flavors, aside from the various feelings they invoke, are worth exploring for the sake of flavor alone. 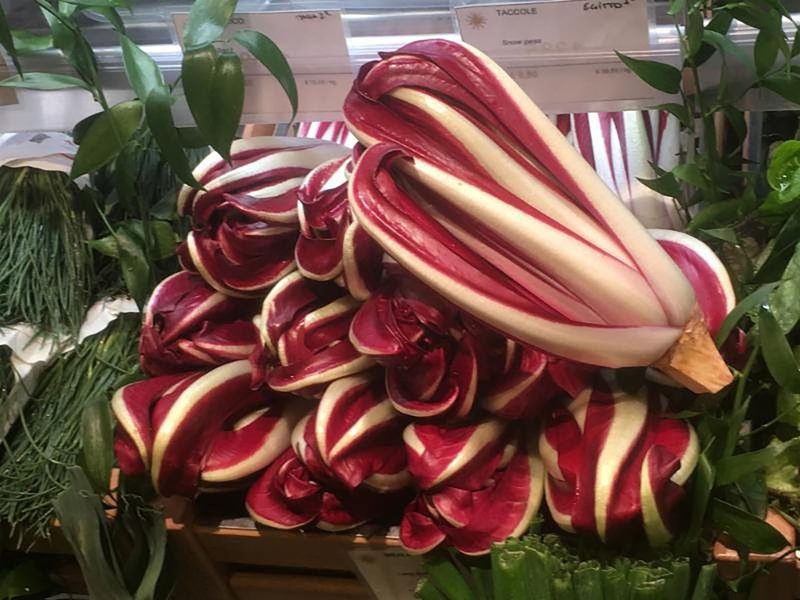 Jennifer McLagan, author of the award-winning "Bitter: A taste of the world's most dangerous flavor," likens bitterness to a kind of wizened charisma: " ... a silver-haired man in a tailored suit, with a hint of a bad-boy aura about him."

"Bitter," she writes, "is a cultured, intriguing and sophisticated taste, with a dangerous side. Who could be more fun to cook or to dine with?"

In addition to the beer — a citrusy IPA, ideally — and the chocolate, the dressing contains more bitter notes from olive oil, garlic powder and cumin. Meanwhile, these flavors are countered by the sweetness of the hot chocolate mix and acidity from the vinegar, lime juice and the beer.

Instructions
In a medium bowl, whisk together the oil, vinegar, beer, cocoa powder and lime juice. Season to taste with the salt, pepper, garlic powder and cumin. Use the dressing as a simple salad with torn radicchio leaves or, better yet, use the dressing to flavor goodies that you can wrap in radicchio. Those purple leaves may not like being cooked themselves, but wrapped around rich foods, they not only add a dignified dose of bitterness, but hold it all together for perfect mouthfuls every time.

My favorite use of my new dressing, so far, is to toss it with rounds of pan-fried sausage and fried cheese curd, and place those in a radicchio leaf with raw shallot, pine nuts and a slice of jalapeno, and maybe another dollop of dressing. Fold, insert in mouth, bliss out bitterly, repeat.

If this mouthful of bitter, sweet, spicy, sour, salty fat doesn't make you a bitter believer, it may not be in the cards. But at least you didn't waste any time, or radicchio, cooking it limp.