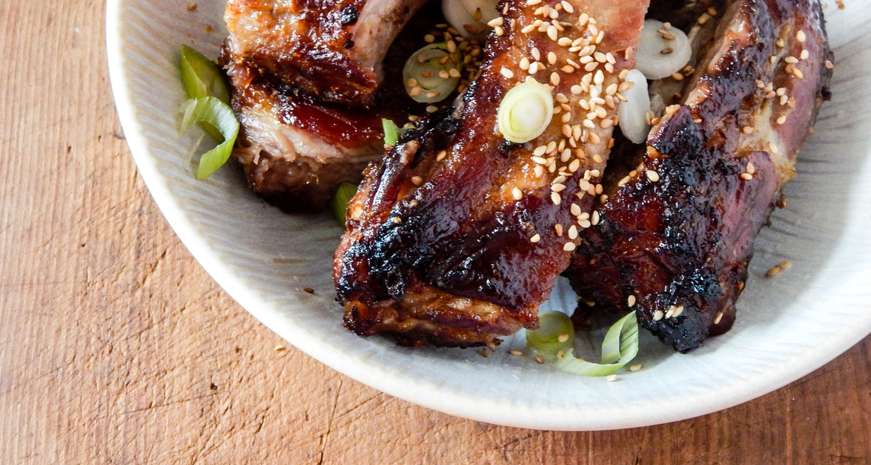 Ah, summer. It’s high barbecue and grilling season. This means pork butts slowly smoking on a kamado cooker; burgers, brats, and chops sizzling over a precise pyramid of red hot embers in a kettle grill; and the juicy staccato of fat dripping from tender, succulent racks of ribs into the blue flame of a gas grill.

Ah, summer. There’s a heat index of 112 degrees and midday feels like the surface of Mars. Rumor has it hell is cooler. Your back patio is hotter than Georgia asphalt and it’s possible the wooden deck might spontaneously combust. When it’s as hot as blue blazes, who the heck wants to stand in front of a grill for hours on end or babysit an egg for 9 hours? There’s a reason air conditioning was invented in the South.

Still, it’s high barbecue season. What to do? The answer to this steamy Southern situation is going low and slow in the oven. Discovering low-temperature oven roasting was an absolute revelation for me. Yes, there’s absolutely nothing that evokes the sensation of the taste of meat that’s been kissed by fire and bathed in smoke. But, hello? The hot, humid Instant Pot of a Southern summer can make it too darn hot to cook outside. Believe me, you can wait until the nuclear heat of summer ends to crank up the grill again. Console yourself while drinking an ice cold beverage from the comfort of brisk living room. 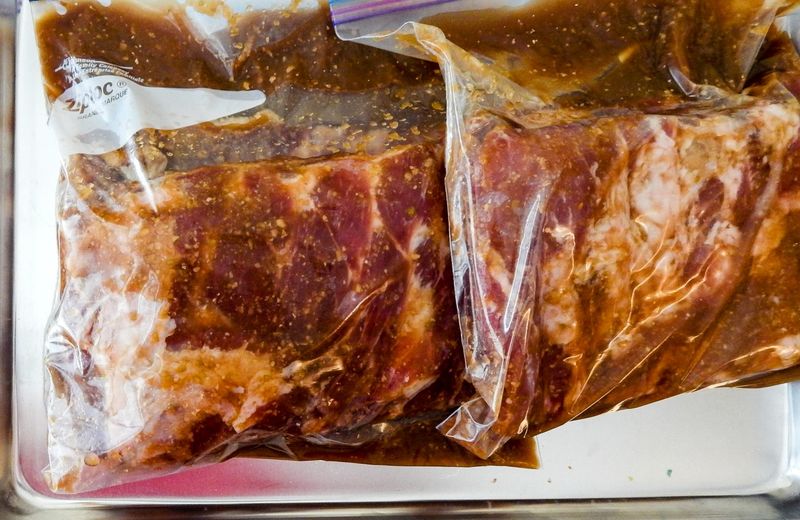 For a bit of inspiration for indoor barbecuing, I am sharing a Korean-inspired rib recipe. As I learned in the research for my latest cookbook, Secrets of the Southern Table: A Food Lovers Tour of the Global South, Georgia is home to the fastest-growing Korean community in the United States. Duluth, about twenty-five miles northeast of Atlanta, has become known as K-Town and the “Seoul of the South.” Increasingly, Korean Americans are moving from metropolitan areas of LA, NYC and Chicago to the ATL for a cheaper cost of living and often, a better quality of life. As a result of the growth of the past fifteen years, excellent Korean restaurants proliferate in the Atlanta suburb, some serving mouthwatering Korean barbecue.

Perhaps the most famous Korean barbecue is made from thinly sliced beef short ribs, known as bulgogi, that have been marinated in a sweet, salty marinade with garlic, ginger and sesame oil. This intoxicating liquor is also sometimes used with thinly sliced pork. I love the sticky sweetness of the marinade, and I knew it would marry well with pork ribs.

When it comes to deciding what type of ribs to cook, you have basically two choices: spare ribs and baby back ribs. Spare ribs are cut from the ribs closest to the belly and are meaty, bony and thick. Baby back ribs are cut from where the rib meets the spine. They’re only called “baby” because they are shorter and thinner than spareribs; they don’t refer to the age of the pig. Either will work in this recipe. Baby back ribs are leaner and take less time to cook.

Crank up the A.C. and give these oven-roasted, hot-salty-sweet blistered ribs a try. 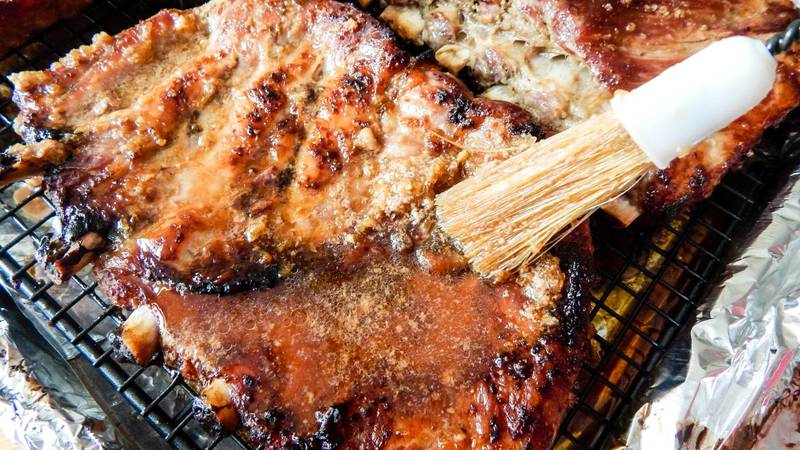 Instructions
In a food processor, puree the onion, pear, garlic, ginger, brown sugar, water, soy sauce and sesame oil until smooth. Transfer to a resealable container or large zipper-lock bag. Season the ribs on both sides with pepper and then add them to the container with the sauce. Turn to coat. Cover and refrigerate for at least 4 hours, turning the ribs periodically in the marinade.

Adjust the oven rack to the middle position and heat the oven to 300 degrees. Line a rimmed baking sheet with aluminum foil and set a wire rack on the sheet. Spray the rack with nonstick oil spray.

Place the ribs side by side on the prepared baking sheet and transfer the marinade to a small saucepan. Bring to a boil over high heat and then reduce the heat to a simmer.

Place the ribs in the oven and roast, brushing occasionally with the reserved marinade, until the ribs are done and a knife slides easily into the thickest part of the rib meat, 2 hours for baby back ribs and 3 hours for St. Louis spare ribs.

Remove from the oven and let the ribs rest, covered loosely in aluminum foil, for about 10 minutes, and then cut between the bones to separate the individual ribs. Serve immediately with the remaining reserved sauce for dipping. Garnish with thinly sliced green onions and sesame seeds.