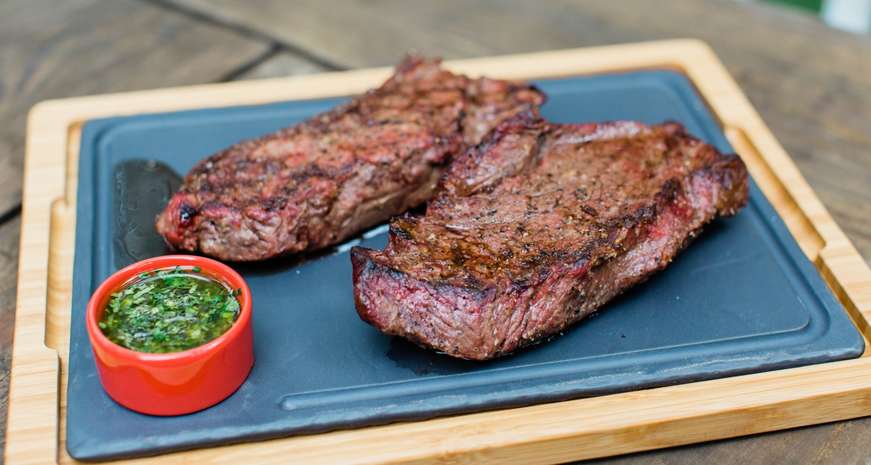 The hows and whys of chimichurri, a zippy sauce both carnivores and vegetarians can love

This time of year, I like to ask my vegetable-farmer friends what they are making for dinner. They generally have a lot of people to feed, many vegetables on hand, and not much time to prepare.

One recent response to that question was, "Massaged kale salad, cucumber feta salad, a bacon plate and roasted potatoes with chimichurri."

I've since confirmed that his potatoes, which are golden on the outside and puffy like tater tots on the inside, are indeed something with that famous Argentine condiment and marinade. In addition to parsley, it contains olive oil, garlic, salt, vinegar and other herbs like oregano. These rather pedestrian ingredients team up to cover nearly all of the flavor bases — salt, bitter, sour, umami, fat and heat — with the only exception being sweetness. Chimichurri is a sauce for those who don't mind it rough, or an occasional burst of adrenaline at the table. Compared to the cloying homogeneity of ketchup or the smooth, yearning mediocrity of ranch dressing, chimichurri is a salty bareback ride across the Pampas.

While most chimichurri is green, it has a lesser-known relative in red chimichurri, which contains ripe tomatoes and peppers. My farmer friend's dish had green chimichurri, with added cilantro. I, however, was intrigued by the idea of red on potatoes. And with tomato season upon us, it seemed like all the more reason to savor that side of chimichurri. 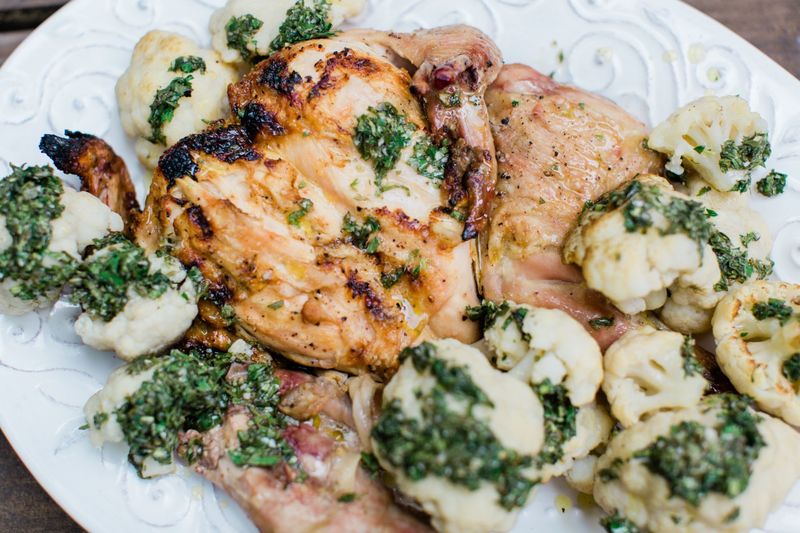 The red and green sides of chimichurri recall those two hues in other great condiments, like the New Mexican chile or Mexican hot sauce. But the red and green historical parallels to chimichurri that stand out to me are the Italian red and white clam sauces, so beloved by pasta enthusiasts. The so-called "white" version is actually green, and like chimichurri, both red and white clam sauces are parsley-based. The rest of the ingredients in the two sauces are similar as well, which is probably no coincidence. The Italian population in Argentina is large, and its influence is strong. Argentine chimichurri, thus, is a New World evolution of a Mediterranean invention.

Regardless of its origins, when you have chimichurri, you find yourself looking for things to put it on, or in. Marinate meat in it, stir it into beaten eggs before scrambling, toss it into salad or a bowl of linguine. Or better yet, put it on potatoes that have been soaked and roasted, farmer-style.

Whichever flavor and hue of chimichurri you ultimately concoct, the next day it will be even better, and the world will be yours to explore through the lens of chimichurri. You will cover a lot of miles before the ride is through. And you will eat a lot of parsley. 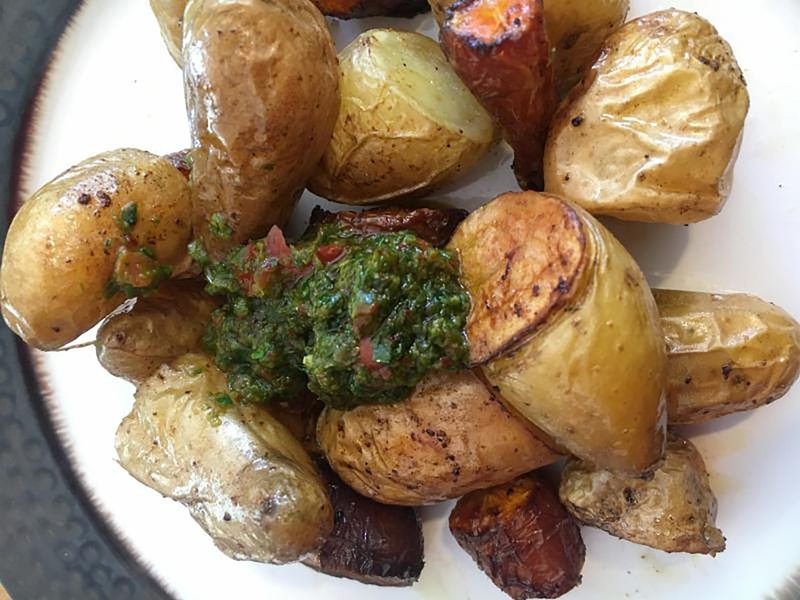 Farmer's Table Chimichurried Potatoes
Cut potatoes to 1-inch chunks or thereabouts, and soak in cold water for an hour. For a recent batch, I soaked thickly sliced purple carrots as well, which are more earthy and bitter than sweet carrots, and great for cooking.

Meanwhile, make some chimichurri (recipes below).

Turn the oven to 415 degrees Fahrenheit. Drain the potatoes, add them to a baking pan, and toss with olive oil, salt, garlic powder and a little black pepper. It doesn't matter that the potatoes are wet at first; they will dry off. The carrots behave similarly to the potatoes, developing exterior crisp and molten interiors. Roast until well-browned and tender. Toss with the chimichurri of your choice and serve.

Instructions
Finely chop the parsley and garlic and transfer to a medium bowl. Stir in the olive oil, vinegar, salt and pepper. Let sit for 15 minutes, then stir in the oregano and chile flakes. You have now made chimichurri verde. To make it roja, add chopped tomatoes.

Blender Chimichurri
Dissolve one teaspoon of coarse salt into a half-cup of water. Set aside. Chop a head of garlic, two cups fresh parsley and 1/4 cup fresh oregano or marjoram, and add it all to a blender, along with 1 tablespoon crushed red pepper. Blend. Then add 1/4 cup red wine vinegar and then 1/2 cup olive oil. Finally, blend in the salt water. To make a red version, add tomatoes, but don't over-blend it to a pink sludge. Visible tomato chunks should remain.

Chimichurraise, or Farmerchurri
Is it any surprise that combining mayonnaise with chimichurri further improves the potatoes, or anything else to which you might add it?

3 seasonal cocktails straight from the garden

3 seasonal cocktails straight from the garden