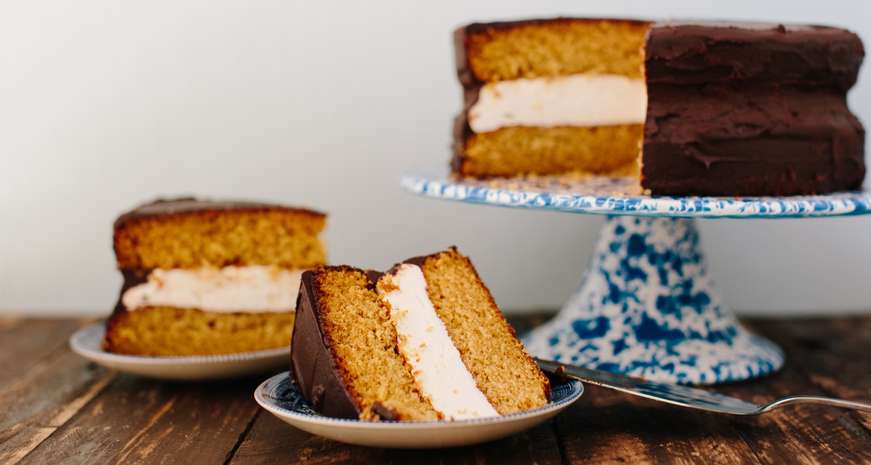 Ditch the shrink wrap packages and make a MoonPie (cake!) yourself

I can usually only get through about half a MoonPie before I'm over its plasticky chocolate flavor and even more plasticky marshmallow texture. But its core idea — marshmallow sandwiched by graham cookies and blanketed in chocolate — is one I will always get behind.

The obvious solution to my struggles with the actual execution of a MoonPie is to make one myself. Here's the thing though: If I'm going to go through all that trouble, I may as well make a dessert that is even better in concept than the hand-held MoonPie. Enter MoonPie cake.

A mostly-made-up-by-me dessert, MoonPie cake brings together all the greatness of the original dessert, but in an oversized, sliceable and party-perfect form. Yes, it will require some work, and even more patience, but I have faith in you, dear readers. 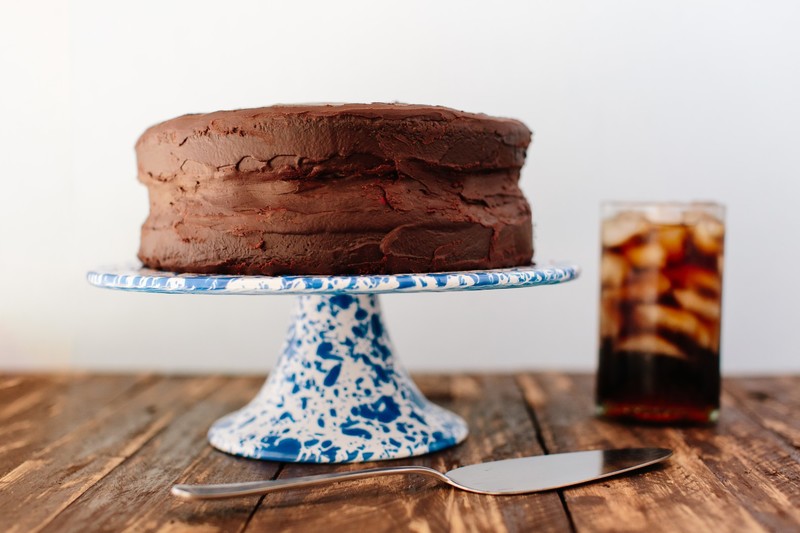 You'll first want to start with the cake. As any MoonPie aficionado knows, the two cookie layers are basically soft, extra-sweet graham crackers. To channel this flavor in the cake itself, you can spend hours (or maybe days) hunting down and shipping yourself graham flour. Or you can just pick up a box of actual graham crackers and pulverize them into sweetened flour. I chose the latter.

I mixed those graham cracker bits into a fairly ordinary vanilla cake recipe that I bolstered with a little dark brown sugar. A quick bake time and a generous cooling time — don't even think about moving on to the next step until your cakes are fully down to room temp — and you'll be ready to move on.

I found that some homemade MoonPie recipes took a shortcut — storebought marshmallow creme — to form the filling. I'm definitely not against the idea of that type of time-saver; however, in this case, you're going to need the structure of actual marshmallow to hold your cake together. So pull out a stand mixer and a candy thermometer and buckle up: it's candy-making time. 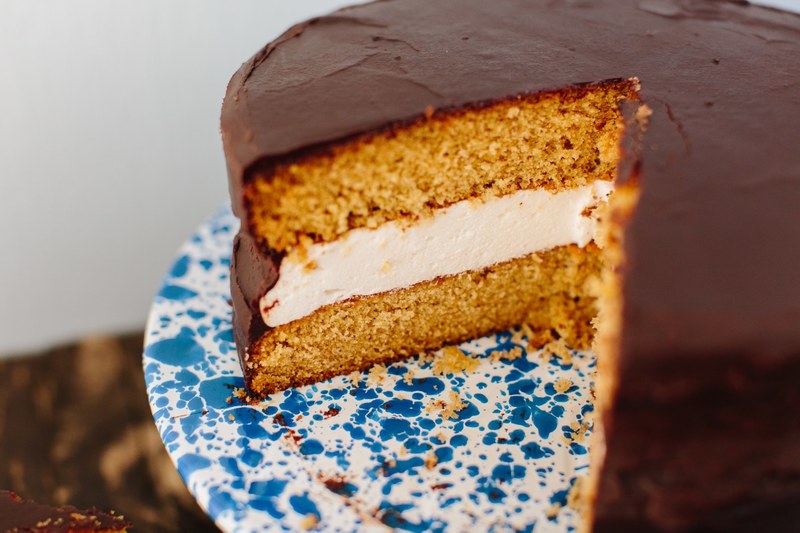 Made from unflavored gelatin (you'll find this near the Jell-O at the grocery store) and a sugar syrup, homemade marshmallow is actually not that hard to make. The only trick is to prevent the sugar syrup from crystalizing while you boil it to 238 degrees, a.k.a. the "soft ball" stage. I do this by avoiding stirring altogether and by being smart about how I combine the water and sugar in my saucepan: First, I pour the water into the pot, and then mound the sugar in the center, trying not to let it touch the sides of the pot. Next, I place the whole thing over medium-low heat and let the sugar slowly slump and dissolve into the water. While the sugar is melting, you'll notice that the water around the sides will come to a boil fairly quickly; this will help form a barrier between the sugar crystals and the sides of the pot. Once all of the sugar has melted, you can increase the heat to high and let the mixture do its thing. It'll come up to temperature fairly quickly at this point.

Once you've got soft ball sugar, you'll want to beat it (carefully, very carefully) into bloomed gelatin. It is easiest to do this in a stand mixer, partially for safety and partially because once you've got that syrup poured in, you're going to need to keep beating the mixture until it balloons up into a giant, fluffy, white bowlful of marshmallow. You'll know it when you see it, but it'll take at least 10 minutes of high-energy beating.

As soon as you've finished your marshmallow, dump it onto one of your cake layers. Working quickly, spread it out into an even layer, but don't let it fall over the edges of the cake; remember, MoonPies have a little divot in the middle and you want to channel it. Pop the marshmallow-topped cake in the fridge and let it chill for 10 minutes or so to let the marshmallow set. 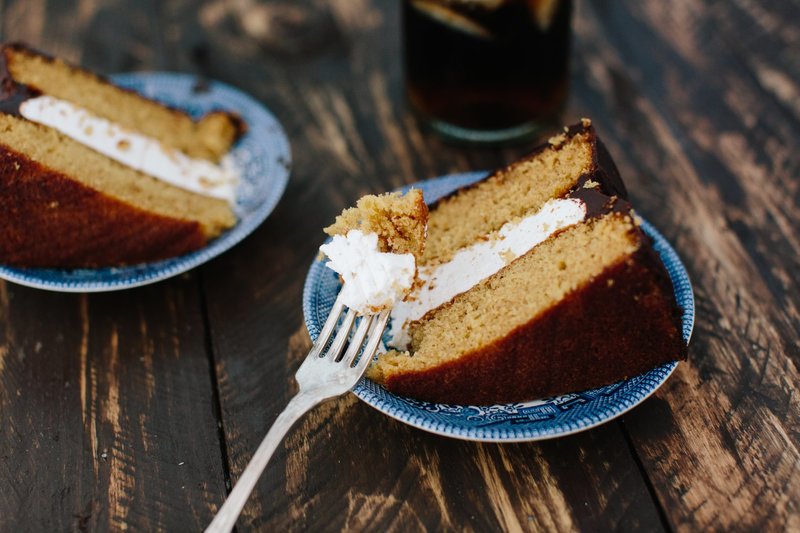 Meanwhile, get the final component, chocolate, ready. Chop up half a pound of your favorite bittersweet chocolate and place it in a bowl. (I recommend using bar chocolate, not chips, as chips have additionial ingredients added to help them maintain their shape.) Heat half a cup of cream until it is almost simmering, and then dump it over the chocolate. The heat from the cream will gently melt the chocolate pieces in about a minute. Stir it all together with a spatula until it is smooth and glossy.

Finally, pull your cake out of the fridge and place the second layer on top of the marshmallow. Pour about half of the ganache over the top of the cake. Use an offset spatula to spread it over the edges so that it drips down over the sides. Spread additional chocolate across the sides of the cake to coat, reserving a few tablespoons of ganache for touch-ups, if needed.

Return the cake to the fridge until the chocolate sets, and then make your finishing touches. I like to use a small spatula to shape the chocolate layer so that the edges are rounded off, MoonPie style. This is entirely up to you. If you'd rather just dig in — go for it. Just don't forget a bottle of R.C. Cola.

Get the full recipe for MoonPie Cake here