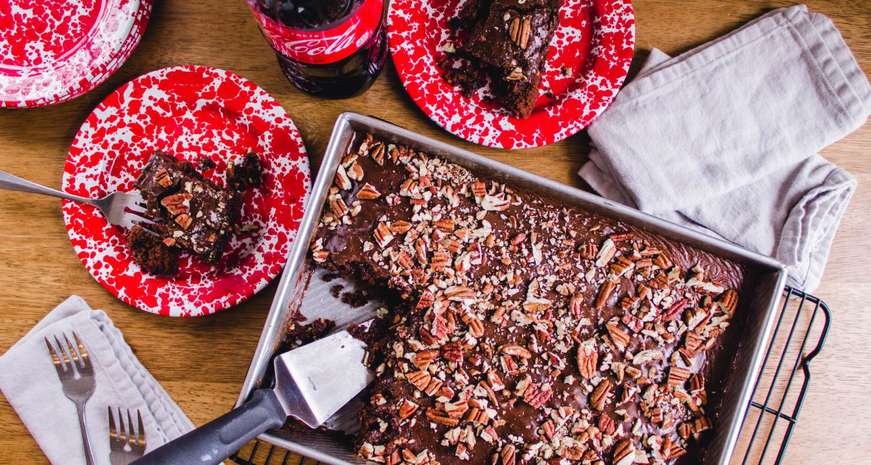 Leave it to Southerners to take a chocolate cake and figure out how to add more sugar to it. Our sweet teeth are, of course, legendary, so it isn't any wonder that we've figured out the best way to put saccharine sodas into our sheet cakes and pound cakes. There are 7-Up Cakes from Savannah and Dr. Pepper Cakes in Texas and even Ale-8-One ginger cakes in Kentucky, but the most famous of all is the Coca-Cola cake.

First published not in Atlanta — the home of the iconic soda brand — but in Charleston, West Virginia, recipes for Coca-Cola cake have made appearances in cookbooks and newspapers since the mid-20th century. Still, the cake remained more of a curiosity, its cupful of soda a secret ingredient of intrepid home bakers, until the mid 1990s, when the roadside chain Cracker Barrel added Double Chocolate Fudge cake to its menu. 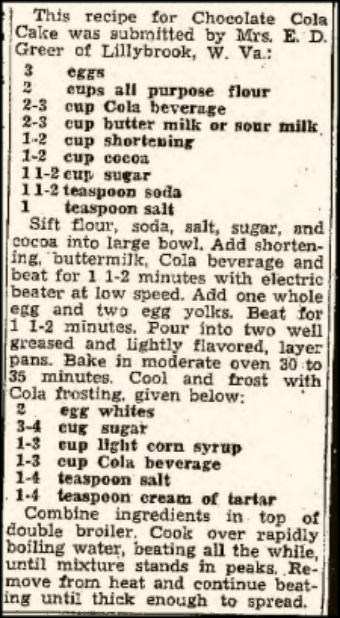 Its closest analogue is the Texas sheet cake, a large, mildly chocolatey cake made with buttermilk and topped with a pecan and powdered sugar frosting. Like red velvet cake, Texas sheet cake and Coca-Cola cake both rely on careful chemistry for leavening. Instead of creaming butter and sugar, as one does for many layer and pound cakes, ratios of acidic and alkaline ingredients create carbon dioxide in the cake, causing it to rise and take on a slightly rosy hue.

In the case of Coca-Cola cake, you've got the Coke itself, plus buttermilk and cocoa powder acting as the cake's acids and a hefty scoop of baking soda to neutralize them. This style of cake is ultra easy and quick to throw together — it really is just stir and bake.

But what all of those tangy ingredients don't do is curb any of the sweetness of the cake. In fact, you'll find that most recipes call for the addition of anywhere from one to two cups of marshmallows, in addition to the soda and two types of sugar. It's a lot, and too much for me. (Feel free to bless my heart, as needed.) Even worse, all of that extra sugar covers up the herbaceous bitterness characteristic of Coca-Cola itself. Why even add all that soda if you can't taste it?

For my take on the iconic cake, I kept all of the soda and the sugar in the batter, but cut those 'mallows. I also decided to toast the pecans, and instead of stirring them into the frosting, as is traditional, I sprinkled them on top. Leaving a good quarter cup of the nuts barely chopped also gives the cake a bit of texture, counteracts some of the sweetness, and helps to bring out the inherent bitterness of the soda. Finally, I poured in just a touch more Coke into the frosting than is typical, giving it a drizzleable consistency and bold cola flavor. Poking holes in the top of the cake, a reader suggestion, helped the frosting soak into the cake, further upping flavor and moisture.

But hey, if you think I'm nuts for messing with a good thing, go ahead and add in your miniature Jet Puffs as you'd like. They'll melt into the batter and add, yep, more sweetness. Either way, you'll end up with an unbelievably moist and slightly sticky cake with a distinctive flavor that smacks of the South. 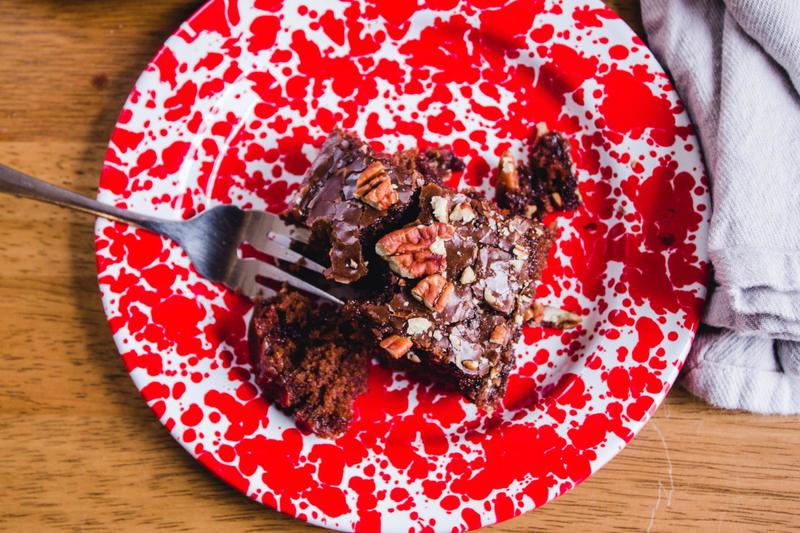 Instructions
To make the cake: Heat the oven to 350 degrees. Thoroughly butter a 9-by-13-inch cake pan.

In a large bowl, whisk together the sugar and flour.

In medium saucepan, combine the Coca-Cola, butter, oil and cocoa and bring to a boil over medium heat. Remove from the heat and pour over the dry ingredients. Mix well. Stir in the eggs and vanilla.

In a small bowl, combine the buttermilk and baking soda. Immediately stir into the batter mixture. Mix well and pour into the prepared pan. Bake until a toothpick inserted in the center comes out clean, 35 to 45 minutes.

About 10 minutes before the cake is finished, make the frosting: Sift the powdered sugar into a second large bowl.

In a small saucepan, ​​​​​combine the butter, Coca-Cola and cocoa. Place over medium heat and cook until the butter melts. Remove from the heat and pour over the powdered sugar. Add the vanilla and whisk until smooth.

When the cake is finished, use a toothpick or skewer to poke holes all over the surface. Pour the frosting over the hot cake, allowing it to seep into the holes. Top with the toasted pecans.

Let the frosted cake cool completely in the pan, cut into squares and serve.