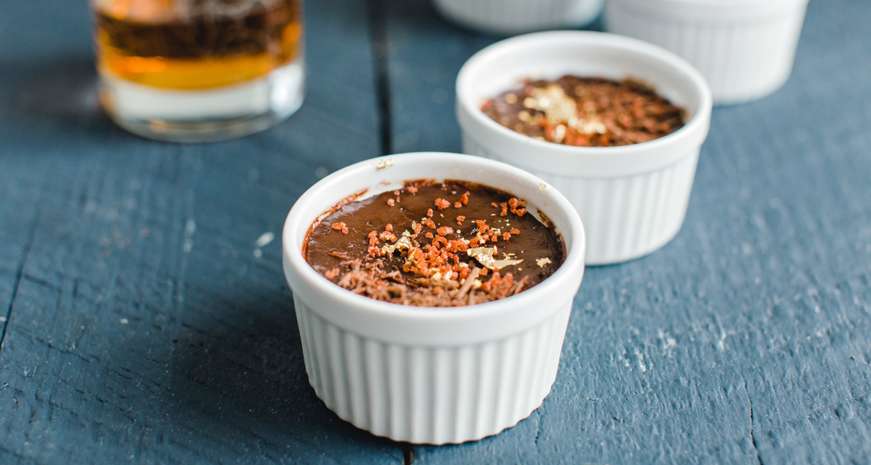 Bourbon beyond the bottle: 7 ways to cook with the South's favorite spirit

Bourbon, that beloved housewarming gift and standard resident of many a Southern home bar, is always a good answer to the question, “What are you drinking?” But with its bold, spicy flavor and notes of caramel, bourbon can also be a delicious addition to what you’re cooking.

Plus, again, it’s bourbon. Even if kitchen work wasn’t fun, it can only be made better by adding that special barrel-aged sauce you’ve been hiding away. Here are seven spiritous ways to put the Kentucky Derby’s favorite liquor to work in your kitchen.

Bourbon Chocolate Pots de Crème
We've said it once and we'll say it again, we love pairing bourbon and chocolate any chance we get. In this recipe, we've transformed a normal pot de crème into a sophisticated Southern version. Adding chocolate to the custard before baking yields a decadent, pudding-like dessert. Baking the pots de crème in a water bath allows them to cook more slowly, giving the final dessert a beautifully silky texture.
Get the recipe 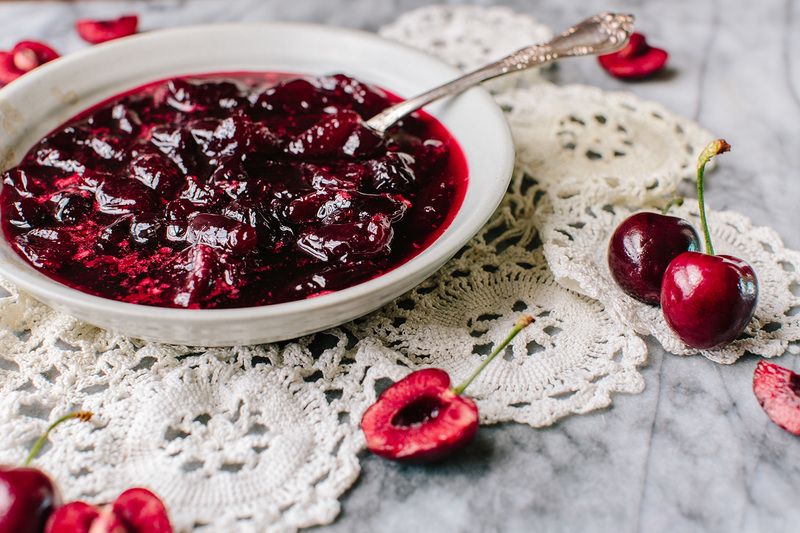 Bourbon Cherry Compote
Every ice cream sundae needs a cherry on top, so why not add some boozy cherries? In Italy, you’ll find jars of cherries preserved in a brandy or amaretto-spiked syrup. We’ve given that idea a Southern update and incorporated bourbon instead. Serve these over vanilla ice cream, pound cake or as a topping for your sundae.
Get the recipe 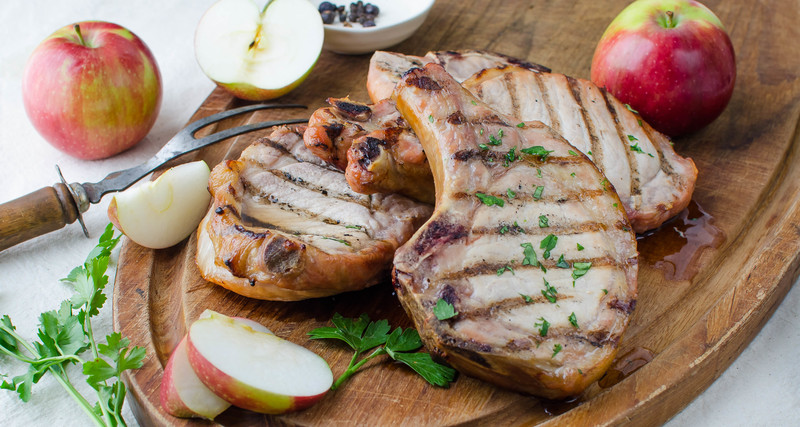 Apple-Bourbon Brined and Smoked Pork Chops
With grilling season in full swing, we love using our grills as much as possible. While many of us like to throw burgers or steaks on the grill, you might want to think about smoking some pork chops. For the juiciest, most flavorful and tender pork chops, you'll want to take the time and let your pork chops brine in the apple-bourbon mixture for at least two hours.
Get the recipe

Bourbon and Coke Baked Beans
Most people know that a bourbon and Coke is a great drink choice for a summer barbecue, but fewer realize that the classic combination makes for a playful addition to a timeless barbecue side dish: baked beans. Two hours in the oven can turn a mixture of sweet Coca-Cola, bourbon, brown sugar, Tabasco, ketchup and mustard into a bubbling sauce full of tender beans. Serve Southern Kitchen’s cocktail-inspired twist on baked beans alongside burgers, hot dogs, coleslaw and a rousing game of cornhole.
Get the recipe 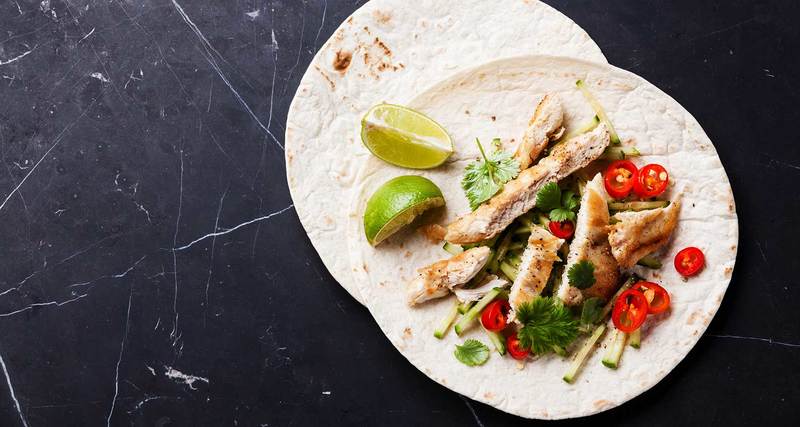 Bourbon Lime Chicken Tacos
Bourbon can provide a potent kick to marinade, and this recipe will liven up your chicken with rich flavors that blend superbly with sweet honey and fresh lime juice. By adding a memorable zest to simple street tacos — topped off with diced onion, cilantro and lime — this bourbon-based dish is sure to become a fast favorite.
Get the recipe 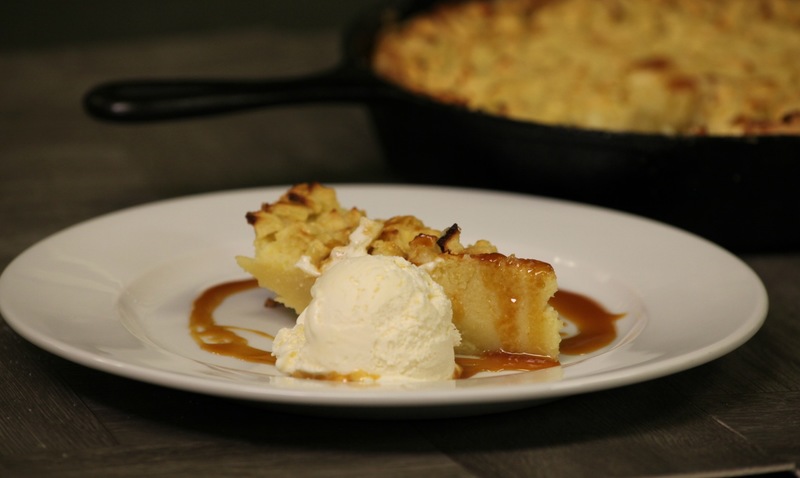 Apple Clafoutis with Bourbon Caramel Sauce
A clafoutis is a French dessert that almost tastes like a hybrid of a cake and a flan. It’s so easy and you can swap out fruits, depending on the season. For this version, we've picked apples as the fruit component. Apples, brown sugar and bourbon come together to create the perfect a melt-in-your-mouth dessert. To make sure we get our bourbon in, we like to serve this dessert topped with a bourbon caramel sauce and vanilla ice cream.
Get the recipe 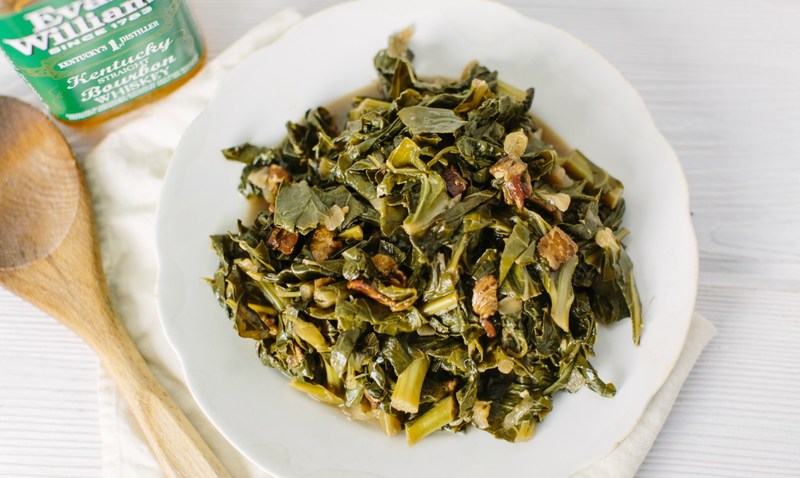 Bourbon Collard Greens
Collards can be found on lunch and dinner plates across the South. However, you might get a little bored eating the same collards over and over again. To change the South's favorite side dish we've added some Southern ingredients, bacon and bourbon, to spice things up.
Get the recipe