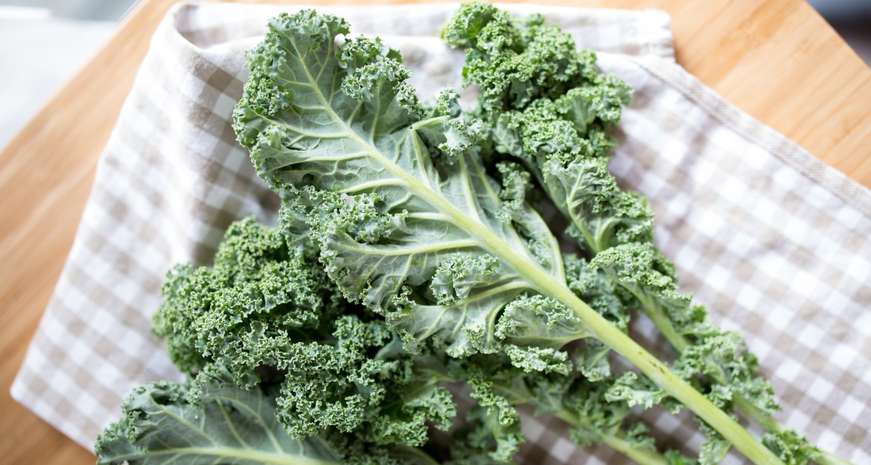 Why Southerners should eat just as much kale as collard greens

It seems as though Kale has reached that point on the popularity curve where people want to hate it because it's popular. Once upon a time, it was easy to file away this dark green leafy vegetable as just another trendy food, but now it's everywhere. Kale is incredibly versitle and easily used in hearty salads and savory entrees.

Still, some people are hesitant to give kale a shot. For one reason or another, trends hae a way of turning people off and there is no denying that kale is the new "it" vegetable. But kale is a wildly successful species.

The goal of any plant is to make and spread its seed, and kale is grown in all 50 states, shipped to all 50 states, has its seed farms dedicated to its future success. With this current kale craze, it's hard to see an end in sight for this vegetable.

Whether you're interested in trying kale for the fiber, the calcium, the social statement or whatever, you still have to find a way to prepare it. It isn't a matter of putting kale in everything as much as putting everything — or anything — into kale in order to turn it into a dish you'll enjoy eating because the more kale that you eat, the healthier you will be. 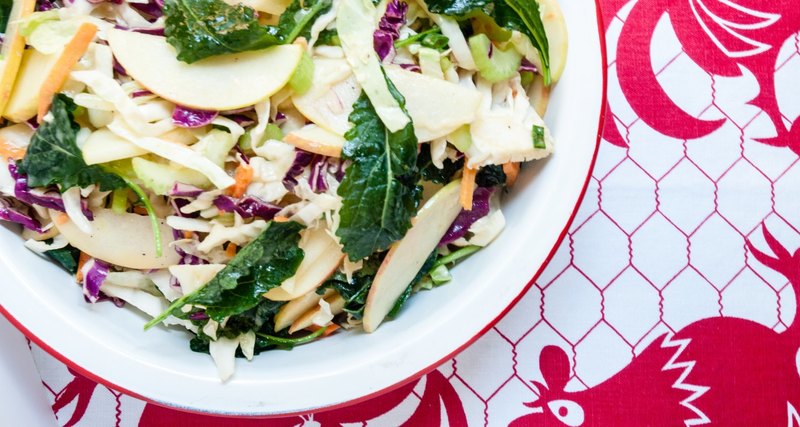 Salad
Novices may want to start by massaging their kale, for a softer salad. Squeezing and rubbing the leaves with your hands will break the cells, releasing enzymes that begin cutting up those fiber chains. Massaging with salt and lime juice increases the effect, and since both of those are in the dressing there's no reason not to.

Unless, of course, you want your kale coarse. Once upon a time my wife the salad whisperer would massage the kale salad, but now she doesn't want the leaves so soft. "Once you massage it they lose their structure," she says. "I like a structureful salad."

The dressing consists of olive oil, lime or lemon juice, and salt. Vinegar, while acidic, makes a terrible substitute for lime or lemon. She typically doubles down on the salt by adding feta or Parmesan cheese to the salad. And she adds onion, because something needs to stand up to all of that fat and fiber.

Strip the leafy parts from the stem and mince six leaves of kale. Use half a cup of olive oil, a quarter cup of lime juice, and salt to taste. If you want to massage it, take a 1/4 cup of dressing and rub it in. Then toss in the rest, and add extras like cheese, onion, olives or sun-dried tomatoes.

With bacon
It's kind of cheating, but at least it's cheating with historical precedent. Cooking kale with bacon recalls the Southern dish of collards and ham hock, and that's no coincidence. Pork and brassicas — a plant family that also includes cabbage, cauliflower, broccoli and Brussels sprouts — is a winning combination. I usually take it in an Eastern direction, by making a mix of soy sauce, fish sauce, oyster sauce, sesame oil and rice vinegar or lime juice.

Rip the leafy parts off the stem of three or so kale leaves, and mince the leafy parts. Cut bacon into little pieces and fry. When it's half-cooked add the garlic, and lay the kale on top. When it wilts down, stir it around, season with black pepper and hot pepper, and finally pour in your little sauce. Those leaves will shrink way down, and look even smaller as soon as you take your first bite.