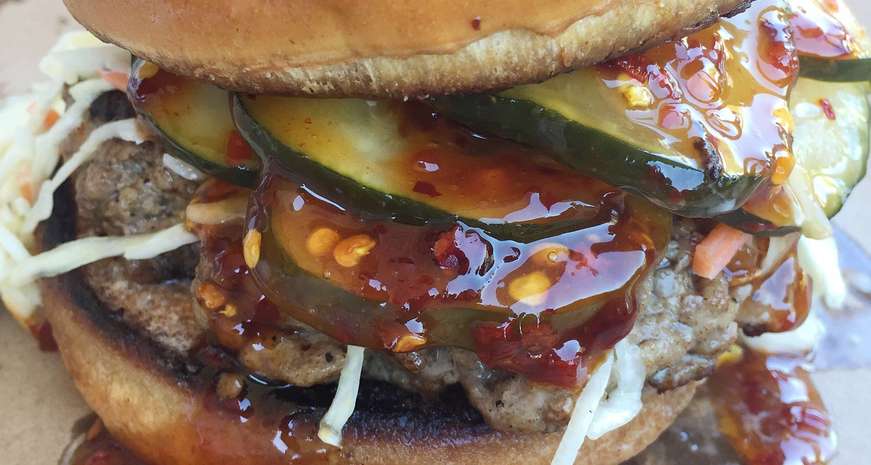 The Slaw Burger at Neon Pig in Oxford, Mississippi

How Oxford's next generation of chefs is redefining the South

Oxford, Mississippi, home to the Southern Foodways Alliance and James Beard Award-winning chef John Currence, is known for more than just Ole Miss. There’s a vibrant dining scene hiding in plain sight, and Currence, owner of several thriving restaurants in Oxford, isn't the only catalyst for culinary change in the city.

Meet three others striving to bring Mississippi's tastiest town into a new era of dining. 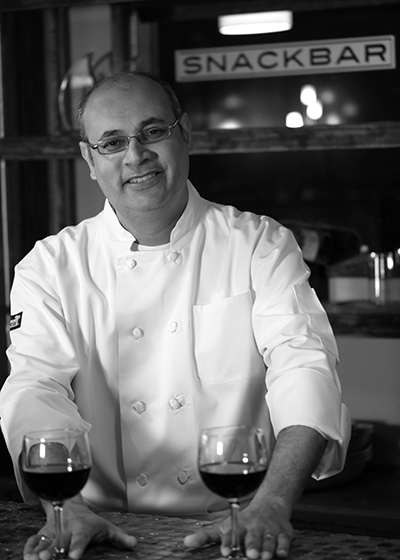 Vish Bhatt: Mississippi Masala
Chef Vishwesh Bhatt, or “Vish” as he is known, is probably not the typical chef one expects in a town steeped in Southern traditions. Born in India, he never aspired to become a chef, choosing instead to focus on his studies. Little did he know that his formative childhood years, many of which he spent preparing meals for family gatherings, would blossom into a career. But it would take decades for that to come to fruition.

While pursuing a political science degree in college, Bhatt found that cooking for groups of his college friends came naturally. It was after meeting Chef John Currence that he felt cooking could be a career. Currence saw the same in Bhatt and tapped him to head his now famous French bistro and oyster bar SNACKBAR in 2009; it was then that Indian influences started coming through in the restaurant’s cuisine. Fried chicken became tandoori-spiced, complemented with mango chutney mayo, and popular side items like masala-spiced cornbread hit the menu. Chef Bhatt’s creativity also shined with seafood entrees like catfish bibimbap and molee fish (recipe below). He must be doing something right; he’s been a James Beard finalist for the last several years.

Chef Bhatt said he is happiest when sharing food, drinks and stories with friends and family. “I have been able to tell my story, through food, of the place I was born in and the place that is now home.” And Oxford can’t get enough. 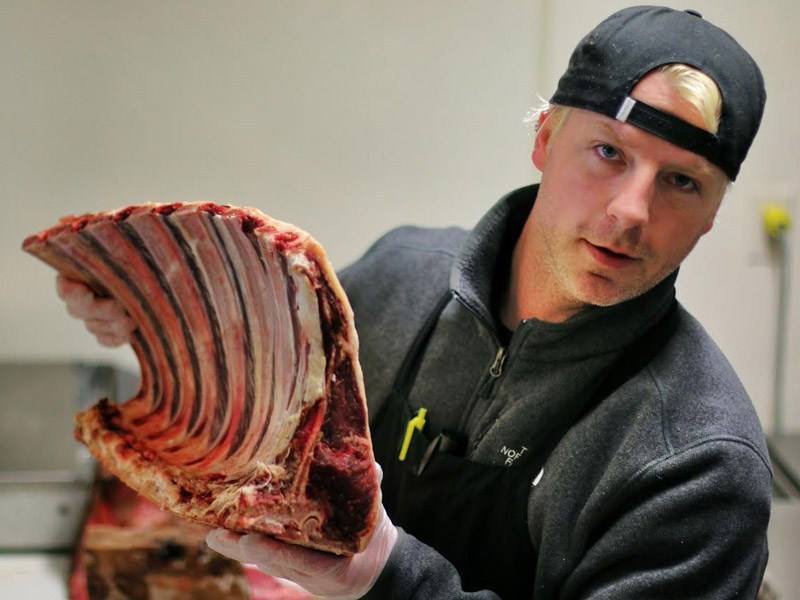 Mitch McCamey: Butcher on the Block
Located in a weathered strip mall is Neon Pig, an unassuming restaurant, butcher shop and grocery. It’s where you’ll find Chef Mitch McCamey, who, along with his partners Seth Copeland and Trish McCluney, is dedicated to supporting local farmers, and is one of few chefs who insists on using the whole animal.

McCamey began working in restaurants as a teenager and estimates that he's worked in around 60 restaurants in his career. He learned under the direction of chefs at some the country's most well-known restaurants, like Mike Fernandez of Moe’s Original Bar B Que in Vail, Colorado, and Bill Schleusner, former sous chef of Hot and Hot Fish Club in Birmingham, Alabama.

Neon Pig buzzes at lunch, with diners spilling out onto the patio for seating. Some patrons just pop in for different cuts of meat, including beef, pork, sheep, chicken, fish and produce, all locally sourced. “No matter what you want to eat, support your local restaurants, and in turn, support your local farmers,” McCamey advised. Sourcing eggs, produce and meats locally, he estimates Neon Pig supports about 25 local farms.

Pick up the infamous Smashburger blend while you're there (a blend of filet, ribeye, sirloin, New York Strip and Benton's Bacon). If that isn’t your cup of tea, get the restaurant’s “Redneck" Asian-style tacos, topped with comeback sauce, hoisin sauce, chow chow, pickled onions and curry slaw, with your choice of shrimp, chicken or pork belly. 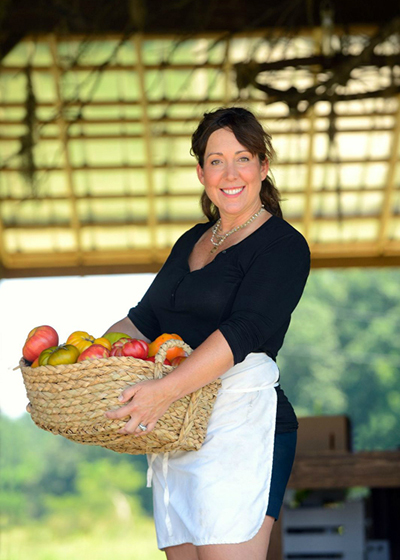 Elizabeth Heiskell: The Debutante Farmer
Elizabeth Heiskell never planned to live in Oxford. The Debutante Farmer, as she is known, is a skilled chef who was trained at the Culinary Institute of America in New York. She was a lead instructor at the Viking Cooking School and taught cooking classes on SilverSea Cruises. She’s no stranger to the spotlight, with regular appearances on the Today Show and the author of Somebody Stole the Cornbread from My Dressing.

But when her husband bought an old farmhouse in Oxford, the rest was history. It wasn’t an overnight success, but Heiskell swears that once the restaurants tasted her veggies like squash, okra and tomatoes, “they’d never buy anything out of a Sysco truck again.” Named Woodson Ridge Farms, the couple's farm supplies nearly 40 different vegetables to a couple dozen Oxford restaurants, including popular spots McEwen's and Ravine. They also host special events like weddings and cooking demos at the farm.

Next time you're in Oxford and have time to see one of Heiskell's cooking demos, take the opportunity. She’ll regale you with stories about fake eyelashes and spray tans, and use instructions like “Pack it in as tight as a tent revival.” She usually brings along samples of her Bloody Mary mix, too. She said she came up with the brunch drink mixer by combining her love of vodka, an overabundance of tomatoes and a close friend telling her that “some people like to have tomatoes with their vodka.”

Though these three chefs come from diverse backgrounds, they’ve all found ways to excite people about food in Mississippi and throughout the South. Plan a trip to Oxford as soon as you can — in the meantime, enjoy these recipes shared with us and try these chef dishes at home.

Instructions
Heat ghee and toast coconut until fragrant. Add curry leaves and crackle. Add ginger-garlic, shallots, and chiles and then cook until soft. Add tomatoes. Add stock and simmer until tomatoes break down and thicken. Add coconut milk and turmeric and then simmer.Remove from heat. Season with salt, pepper and cilantro.

Curry Slaw
To top Neon Pig's Slaw Burger, which is made with house-ground brisket, curry slaw, bread and butter pickles and jerk sauce, served on a toasted brioche bun.

Mix all ingredients except cabbage. Pour over cabbage and mix. 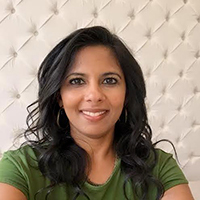 Malika Bowling is the author Culinary Atlanta: Guide to the Best Restaurants, Markets, Breweries and More! She has been featured on HGTV, The Huffington Post and frequently serves as a judge at various culinary competitions and food festivals. She is also the President of the Association of Food Bloggers. Follow her on Instagram @Roamilicious and Twitter @MalikaBowling.