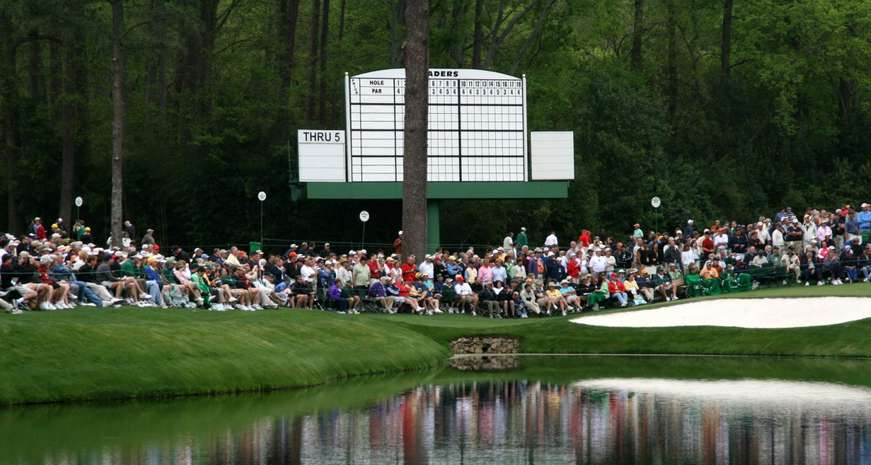 The course at Augusta National

Running a restaurant can be challenging. In a saturated, highly competitive market, many restaurant operators find themselves coming up with creative ways to keep their dining rooms full. At my previous venture, at suburban Atlanta's now-defunct Common Quarter, I conceived such an idea hoping to combat the annual spring break lull while at the same time generating interest among local sports fans.

With the Masters Tournament occurring during the first week of April, I thought that it would be fun to host an event similar to Augusta National's annual Champions' Dinner. In doing so, I found myself about to face legal action from the same organization to whom I was paying tribute.

For the uninitiated, the Champions' Dinner occurs the Tuesday night prior to the beginning of the tournament. At this exclusive event, all of the previous Masters champions don their green jackets and gather for a meal where the year's reigning champion decides the menu. For decades, the meal never garnered much attention, as the golfers traditionally entrusted the kitchen staff at Augusta National with determining the menu, who frequently "layed up" with straightforward meat and potatoes fare.

That all changed in 1982, when Sandy Lyle, fiercely proud of his home country of Scotland, served up haggis with "neeps and tatties" (turnips and mashed potatoes) to a curious and likely somewhat disgusted American contingent. Doubtful Arnold Palmer found himself tucking into sheep organs and oatmeal stuffed inside of a sheep's stomach 36 hours before teeing off at the country's most famous golf course.

As the dinner evolved over the years, some foreign-born winners honored the cuisines of their homelands, such as Germany's Bernhard Langer, who chose wienerschnitzel, and South Africa's Trevor Immelmann, who entrusted the kitchen with a meat and egg pie known as bobotie. Others, like Phil Mickelson and Adam Scott, opted for more luxurious offerings like filet mignon and lobster tails. 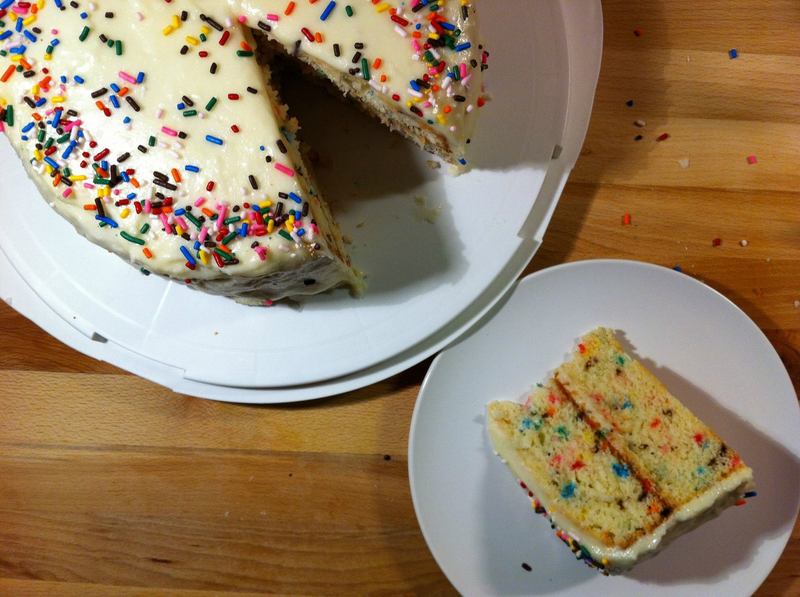 Then there was the legendary menu of Bubba Watson. The Georgia native first drew my attention in 2009, when he lamented the lack of desirable gustatory options when playing at the British Open. He stated, dejectedly: "Ain't got no sweet tea, ain't got no fried chicken." The world traveler in me cringed while my Mississippi chest swelled with pride.

Fast forward four years to find Watson sporting his first green jacket and gearing up to host dinner at the venerable golf clubhouse. Thanks to a public release of his menu by a food publication, the world could bear witness to the offerings of a man with simple tastes and little ambition of culinary grandeur. Watson's menu featured the hotel banquet stalwarts Caesar salad and grilled chicken breast, as well as equally generic sides: mashed potatoes, steamed corn, green beans. Cementing this meal as fodder for eternal snark was a dessert of confetti cake with vanilla ice cream. Equally impressive was Watson's commitment to his personal taste; when he notched another Masters victory two years later, he served the exact same menu. I definitely needed to honor this conqueror of Amen Corner. 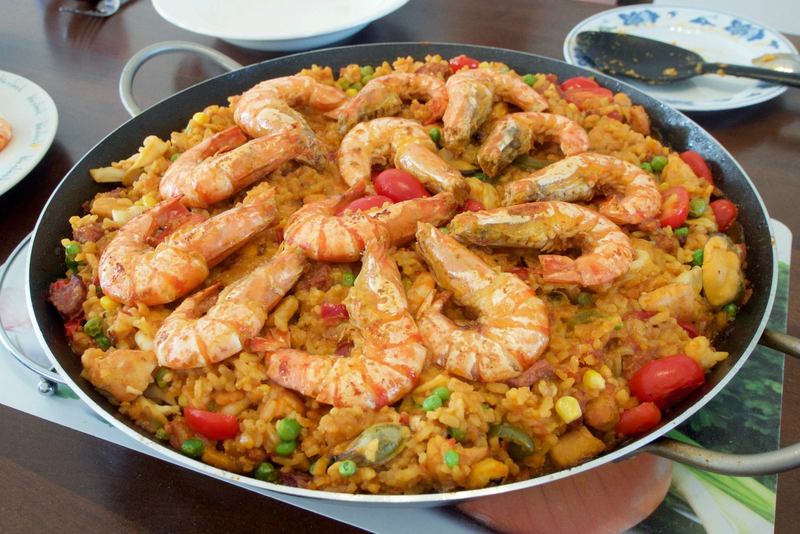 With my research completed, I set out to create a three-course family-style menu that was tied to the Masters winners' menus of yore. Featured at my dinner were crowd favorites like Texas native Ben Crenshaw's beef brisket, Tiger Woods' crab cakes, and a boozy version of an Arnold Palmer. I also appreciated Phil Mickelson's classy gesture of serving a Spanish-themed menu to honor former Masters champion Seve Ballasteros, who was undergoing cancer treatment and unable to attend, so I included a classic seafood paella. Bookending the meal were Augusta National's legendary pimiento cheese and Bubba Watson's equally-legendary confetti cake.

The only problem occurred during the promotional portion of the proceedings. As our PR team began their campaign, they inadvertently used the iconic green and yellow logo associated with the Masters and the Augusta National Golf Club — a logo that is heavily trademarked, and, as we soon found out, fiercely defended. Less than one week from the start of our promotional blitz, Common Quarter received a curtly-worded cease and desist letter from our fellow Georgians, demanding that we remove all intellectual property related to the Masters. In the letter, they promised swift legal action against our little neighborhood establishment for violating their copyright. Naturally, I was ... thrilled! 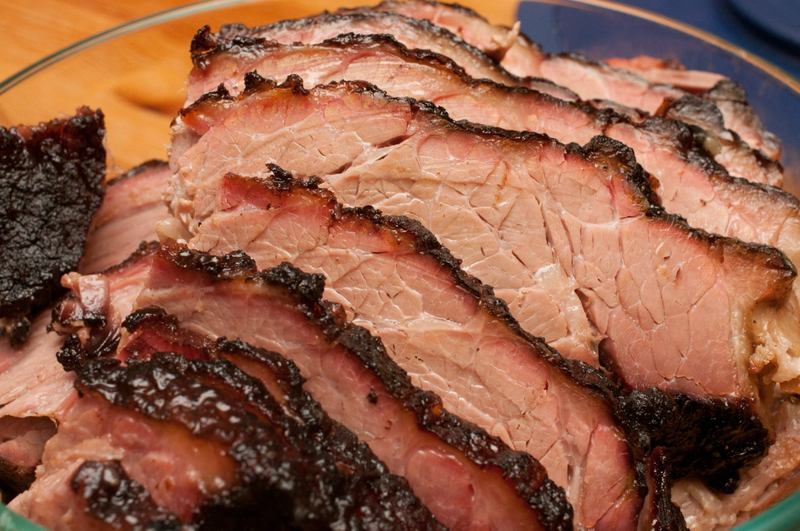 Much like when Navin Johnson excitedly spotted his name in the phone book in The Jerk, I gushed, "We're on the radar of the most prestigious golf club in America. We must be important!" Upon further review with my management team, we decided it would be best if we complied with Augusta National's demands and remove their trademarked intellectual property. In the spirit of the adage, "It is better to ask for forgiveness than permission," however, we observed that we had sold out all tickets for the dinner before having to amend our promotional materials.

In the end, the event was a success. I discovered that Watson was really on to something with the confetti cake, and I learned to never cross a Southern golf goliath. I desperately sought to frame their official correspondence and proudly display it by the front door alongside our health inspection score (a perfect 100, natch), but I believe my erstwhile operating partner put it up in his living room instead.

If Augusta National is still angry, I'll cut them in on a portion of my winnings from our super-secret, officially-logoed, cash-only Masters pool.