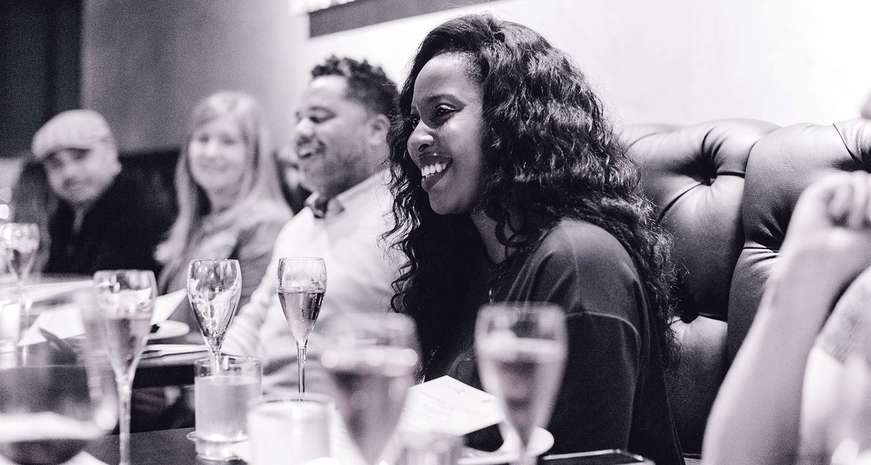 Sometimes you just need to get out of your house and sit down with friends, have a drink or three, share a few family-style plates of exceptional food, and start talkin' through the issues in order to get a better idea of things. At least, that was the plan for our recent dinner at Atlanta's 5Church restaurant with influential African-American food media professionals.

The South, as wonderful as it is, is by no means perfect. And since it’s usually a bad idea to wait on issues to solve themselves, we’ve been talking — both in and outside the Southern Kitchen offices — about bringing people together around the supper table to discuss solutions. So that’s what we recently did with an influential group of people of color who cover food, travel, entertainment and lifestyle stories for magazines, websites and social media.

Our hope was to facilitate an honest, open conversation. We wanted to hear ideas from people who are out there every day, pushing their audiences, followers and fans towards culturally important stories that the bigger media companies don’t always see. And we wanted to understand the roles that sites like Southern Kitchen play in promoting stories of the South’s diversified kitchen.

You can’t expect to figure everything out in one sitting, but our dinner provided the opportunity to talk about how we all could affect change. There were real issues discussed, such as African-American restaurant ownership, where improvements can be made on both the media side and from restaurant owners, and why stories about food in this community often go underreported, if shared at all. 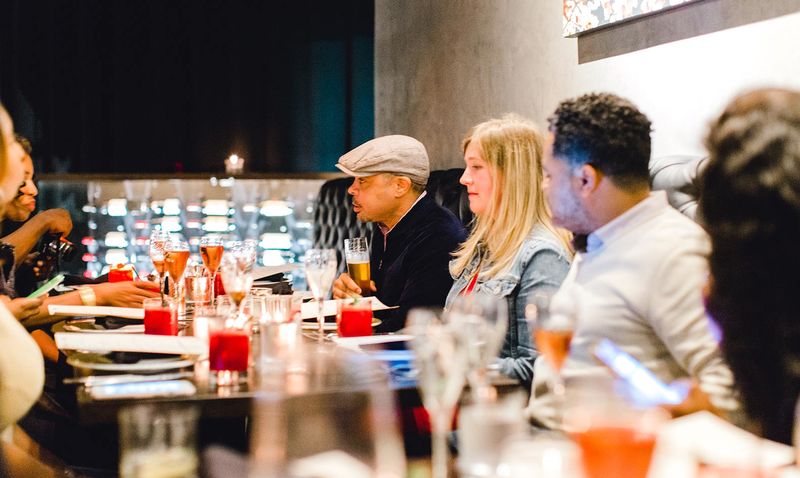 We asked what role we all had to play to provide more coverage of the great things happening around the South in establishments owned by people of color, and what luck we’d individually had with finding connectivity between various cultures whose own songs of the South could use more volume. And we didn't come up with all the answers, but we and our guests came away with valuable insights.

Food blogger Erica Key, who runs the popular site Eating With Erica, offered feedback: “I think it’s really important to have transparent conversations regarding inclusion and plans of actions to close the gap,” she said. “The dinner was really beneficial to me, because I appreciated listening to other individuals’ personal experiences in the culinary industry as a person of color. The conversation was extremely authentic and encouraged me to use my platform to provide more support.” 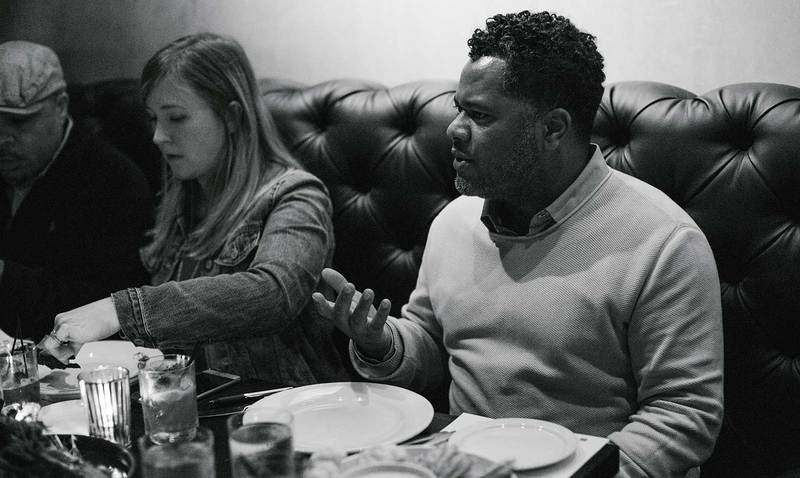 Beer, travel and entertainment writer Dennis Byron, also known as Ale Sharpton, also attended and shared his thoughts: “Discussion and communication about what can help everyone progress is very necessary for positive results, and I believe that was accomplished.” He was also a fan of 5Church, the restaurant and bar at the corner of 14th Street and Peachtree, where our dinner conversation was held. “I think choosing Chef Scotley Innis as the culinary genius of the gathering was a thoughtful decision to capture the topic,” he said.

Innis, a New York City native with deep Caribbean roots, has extensive experience in Cajun and Creole cuisine, having attended culinary school in the South. And his culinary prowess showed through the dinner he prepared: jerk lamb chops; artichoke and collard green dip; hot pepper shrimp in ginger vinaigrette; escovitch fish with colorful strips of peppers, onion and fried plantains; curry chicken over jasmine rice; and the dish that blew my mind — oxtail ramen with a soft-boiled egg, edamame and napa cabbage kimchi.

We were also blessed to enjoy beverages from Keyatta Mincey’s bar program, which included the Holy Water cocktail (think of an Arnold Palmer with bourbon, blackberry and mint), and the margarita-esque Viper, which, along with tequila, lime juice and orange liqueur, also included a hot verus cool battle between cucumber water and cayenne pepper. 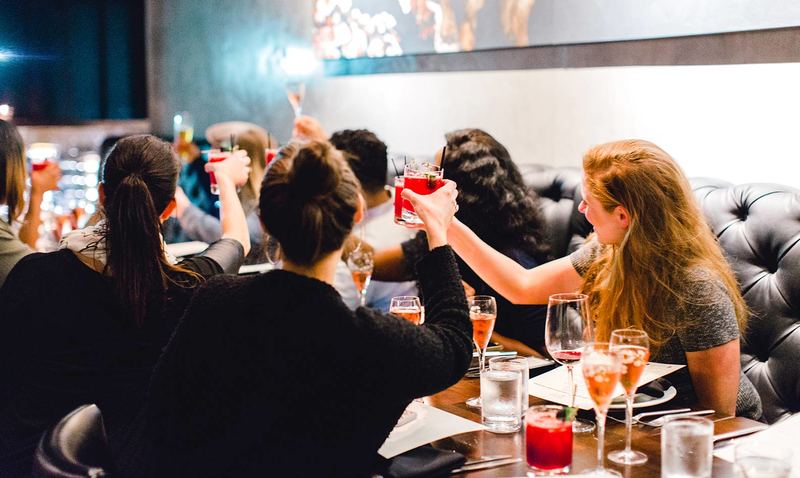 But the biggest benefit of getting together with new and old friends was finding out what Southern Kitchen can do to build community among media professionals who cover African-American foodways and food stories. As we continue to invite more people and groups to such dinners, in representation of the full cultural spectrum of the South, we invite you to share your thoughts and ideas about Southern food as well, and we hope you’ll continue challenging us to make sure we’re being the best neighbors we can be.