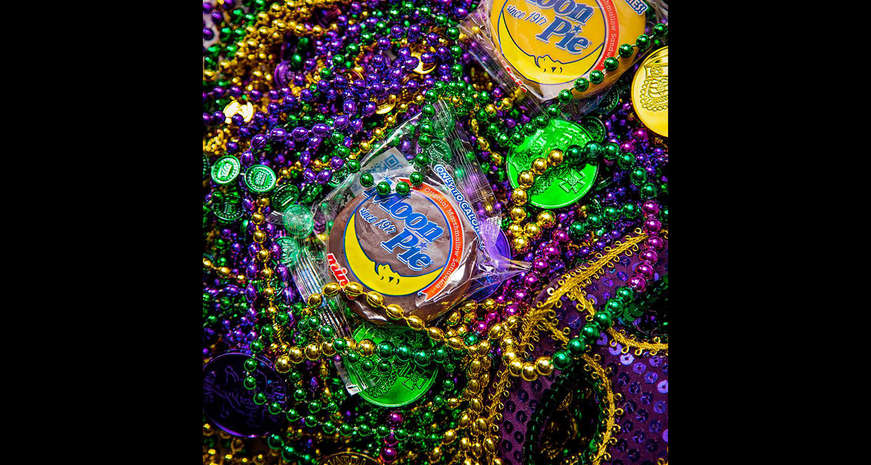 Have you heard of these 4 Southern Mardi Gras traditions?

Throwing beads, eating king cake and dressing up in extravagant costumes are all fun traditions we associate with Mardi Gras. Carnival season starts at Epiphany, on Jan. 6, and continues, with all kinds of celebrations and parades, through Fat Tuesday, which falls on Feb. 13 this year.

While we think of New Orleans as the home of modern-day Mardi Gras — although Alabama may disagree — there are plenty of different ways to let the good times roll all across the South.

Yes, you’ll really have to beg during the main event. A captain leads participants from house to house cajoling owners to donate various ingredients that will be used to make a communal chicken gumbo, explained Louisiana Travel. Once most of the components are acquired, it’s time for the next event: running. “Courir” means “to run” in French, and that’s exactly how the chicken is procured. Costumed participants run around chasing birds to complete the gumbo. Of course, there is plenty of other great Cajun food on hand to eat alongside the main event. These are served up, along with live music and other entertainment throughout the day. 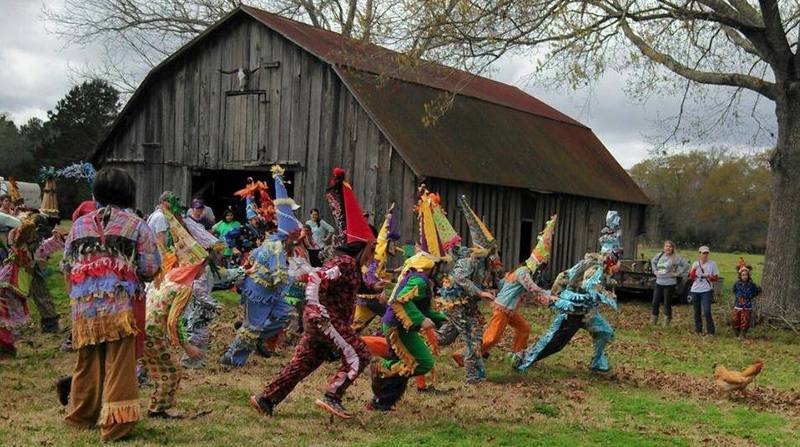 Each town puts their own spin on Courir de Mardi Gras. One of the largest celebrations takes place at Tee-Mamou Mardi Gras, where over 10,000 people come to celebrate and watch as runners chant a begging song called “Le chanson de Mardi Gras.” In Church Point, the runners chase chickens and a greased pig while snacking on boudin and gumbo.

Mardi Gras Indians
Mardi Gras Indians have been a part of the yearly celebrations for over 100 years, but the origin of the tradition is not very clear. Some say escaped slaves found asylum with Native American tribes in Louisiana, others say native Louisianans were inspired by other Native Americans who performed in the Buffalo Bill Wild West Show, explained New Orleans.com. 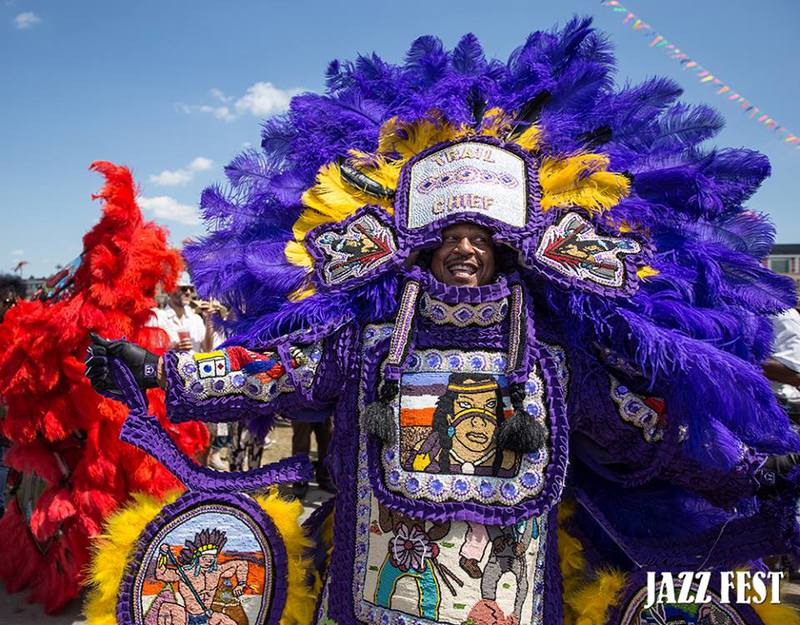 One of the oldest tribes to participate is the Creole Wild West Tribe, which first made a New Orleans parade appearance in the 1880s. Today, over 30 tribes from across the South can be seen in parades. They dress in extravagant costumes that are hand sewn with intricate designs made from feathers, beads and rhinestones. Some costumes are so large that they weigh over 150 pounds. Each year the costumes become more and more elaborate as tribes compete with each other to see who can create the most beautiful design.

MoonPies in Mobile
People think Mardi Gras began in New Orleans, but that’s not the case. Southern Kitchen Associate Editor Mike Jordan explained the history in a story from 2017: “In 1703, Mobile [Alabama] was the capital of French Louisiana. French Catholic settlers brought with them their “Carnival” traditions of feasting, revelry and merriment on the days preceding Ash Wednesday, then fasting during the somber, sacrificial season of Lent that immediately follows. Fifteen years later, the territory’s capital moved to the newly founded New Orleans, as did the Mardi Gras tradition. But it’s well-documented that Mobile’s parade was first held in 1711, when 16 men pushed a cart carrying a large papier-mâché cow's head down the street, kicking off a big outdoors party.”

While the parades in both cities have continued to grow in size and extravagance, there’s one thing that really sets Mobile apart from New Orleans — MoonPies.

According to Judi Gulledge, who as executive director of the Mobile Carnival Association runs the Carnival Museum, the MoonPie tradition began in the 1940s and ‘50s, when float organizers decided they wanted to toss something softer into the crowds than Cracker Jack boxes, confetti, streamers and flour, which were all eventually outlawed. 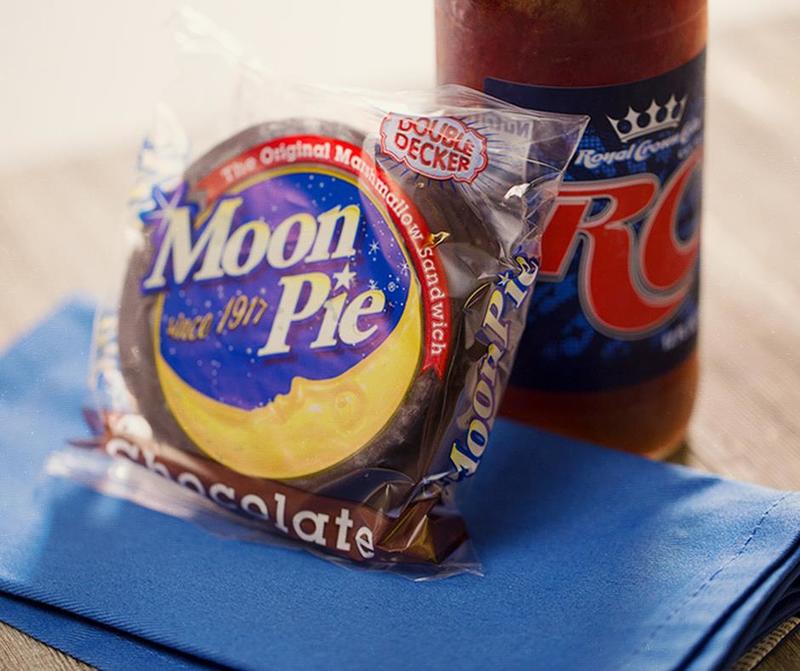 The MoonPie tradition really started to take off in the '60s, said Gulledge: "Members from a local ladies' organization were in Chattanooga at a convention meeting and ran across some MoonPies, and thought they would make a great throw. The reasoning? They are soft and have some weight to them, so when the ladies tossed them, they had some leverage. They were looking for something economical, and MoonPies checked all of the boxes. They brought them back to Mobile and it caught on as a novelty."

Today, an estimated 500,000 MoonPies from Chattanooga Bakery are thrown each year. 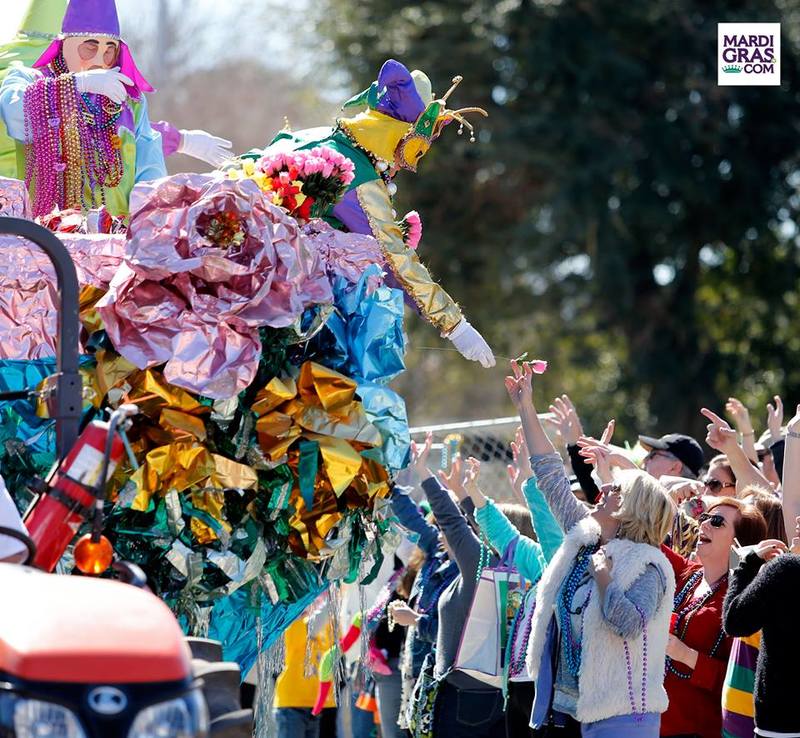 Mardi Gras krewes are the social groups that create the giant floats and put on the parades during Carnival season. While the most well-known krewes hail from New Orleans, krewes around the South put on their own parades to celebrate. You can find krewe parades in Beaufort and Charlotte, North Carolina; Picayune and Biloxi, Mississippi; and Lake Charles, Louisiana.