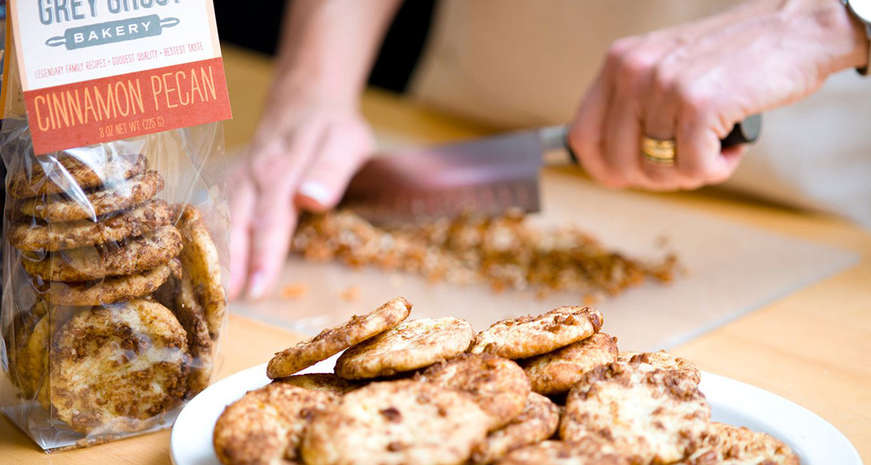 Cookies and ghost stories may sound like complete opposites, but the truth is that people tend to love both, especially when they’re good. All you have to do for proof is read the story of Katherine Frankstone and Grey Ghost Bakery.

Grey Ghost Bakery is a Charleston-based company whose celebrated cookies have become just as legendary as a famous local ghost for which they're named, whose tale has been told for generations.

According to the story, South Carolina’s Pawleys Island is haunted by a figure known as the Gray Man. But unlike the kind of ghosts that people should fear, the Gray Man is actually something of a guardian to residents, warning them to flee the island when hurricanes or major storms approach.

In Katherine Frankstone’s home, ghost stories weren’t the only things being passed down. Her father taught her how to make fresh cookies from scratch using a secret family recipe; instead of buying her an Easy Bake oven when she was a child he put a stool in front of the stove and allowed her to learn for herself.

Frankstone watched and helped as her dad’s hands turned all-natural ingredients into sweet, chewy and slightly crisp cinnamon pecan cookies, nodding in agreement when he called them “the goodest cookies in the world” as she nibbled. And as she was learning the craft of cookie-making, she was also following in the footsteps of her entrepreneurial grandparents, who owned an insurance company founded during the Great Depression. Whether she knew it or not at the time, she was already signing up to continue two traditions at once. 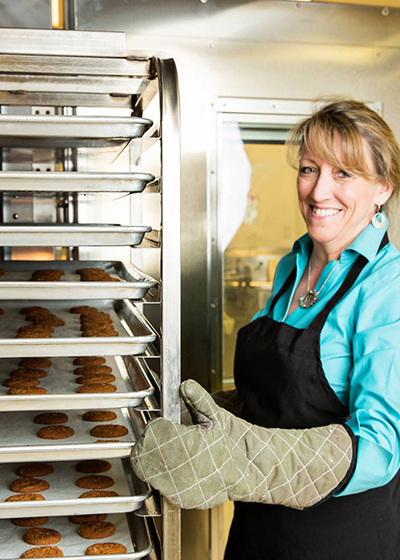 Fast-forward to adulthood; Frankstone’s chewy and crispy cookies became a household hit with her husband and three sons, who would regularly request them for dessert. When her oldest went away to college, Frankstone began to wonder what she’d do after they were all off to school, and came up with the idea to try going into the cookie-baking business full-time.

After spending time doing the grunt work of researching the industry of specialty food, learning about packaging and of course tasting lots of cookies to understand the competition. Just prior to launching in 2011 she briefly had second thoughts about going through with Grey Ghost and almost decided against continuing the business. Fortunately she’d already committed to helping a local charity by donating 450 cookies to be sold as a Christmas fundraiser. Showing the viability of the business, word-of-mouth propelled additional orders in excess of 3,600 cookies. There was no turning back.

Frankstone has since moved production from Columbia, South Carolina, to a larger commercial facility on James Island, neighboring Charleston. And though Grey Ghost’s premium cookies are now sold online and in more than 200 stores, they are still hand-formed and the recipes are still all-natural, with ingredients that include unbleached and unbromated flour, European-style butter, pure cane sugar and molasses. And that’s even as they produce up to 18,000 cookies daily to keep up with demand, each with labels that quote Frankstone’s father, saying the cookies have the “bestest” taste and are of the “goodest quality.”

When asked what makes the cookies so good, Frankstone admitted it was a certain ingredient most Southerners are born loving. “It’s the butter,” she told Charleston magazine. It’s a European style, so it has a higher level of fat than most of the butter we’re used to buying from the grocery store. That makes for a much richer, more buttery taste. To me, it’s the key ingredient.” 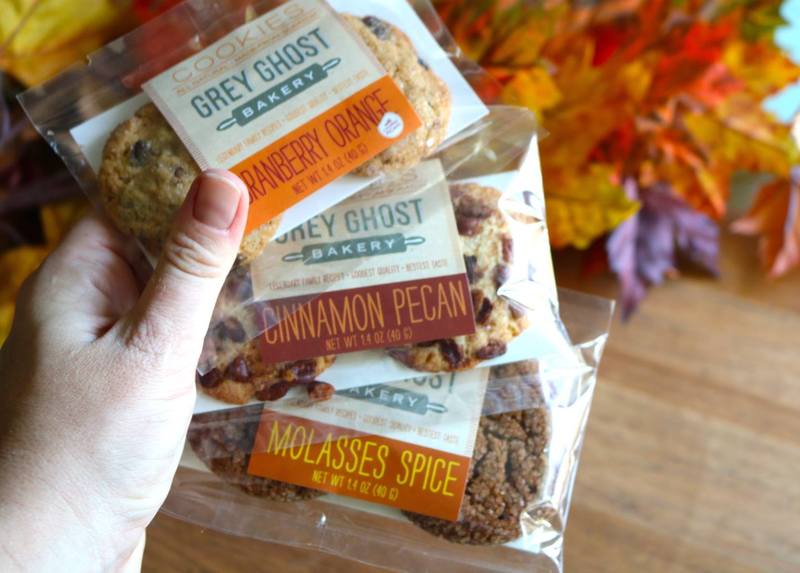 With the goal of being a national brand becoming closer to reality by the day (or perhaps by the cookie), Frankstone is continuing to expand Grey Ghost’s offerings. As for future plans, she’s said she would like to do more collaborations such as the chocolate bourbon pecan cookie that Charleston’s Restoration Hotel leaves with guests at turndown service, and is looking into offering pralines and other confectionaries.

For now, the only thing scary about Grey Ghost Bakery is the haunting thought of them somehow running out of cookies, and thankfully the company’s success means that such a threat is no more imminent than the return of the undead.

Who knew ghost stories could be so sweet?