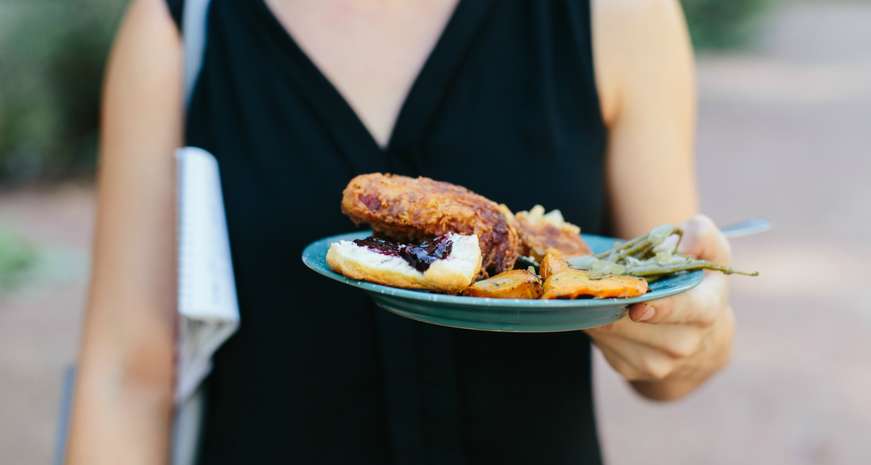 Not everything was burned when Sherman marched through Atlanta.

A farmhouse sitting in what was then the far outskirts of Atlanta, owned by the family of Robert Hiram Smith, managed to escape the flames. Built in the 1840s, it was part of an 800-acre hog and corn farm, and remained in operation long after the war. The upper-middle-class Smith enslaved 14 people, who maintained the gardens and kitchen, and smoked the pigs. Over time, the family's land gradually became incorporated into the sprawl of the city, but the house continued to be the Smith family home until it was donated to the Atlanta History Center in 1969 and moved across town to Buckhead.

Today, the Smith Family Farm serves as an educational space for tourists, school groups and all manner of curious Southerners. Museum interpreters regularly cook meals in the detached kitchen and horticulturists grow period-appropriate crops, which are used in the kitchen. We visited the farm this fall and were not only treated to a tour of the grounds, but we also got to feast on a meal cooked entirely in the mid-19th century kitchen.

Come along with Southern Kitchen as we take a tour of the farm, in photos, below: 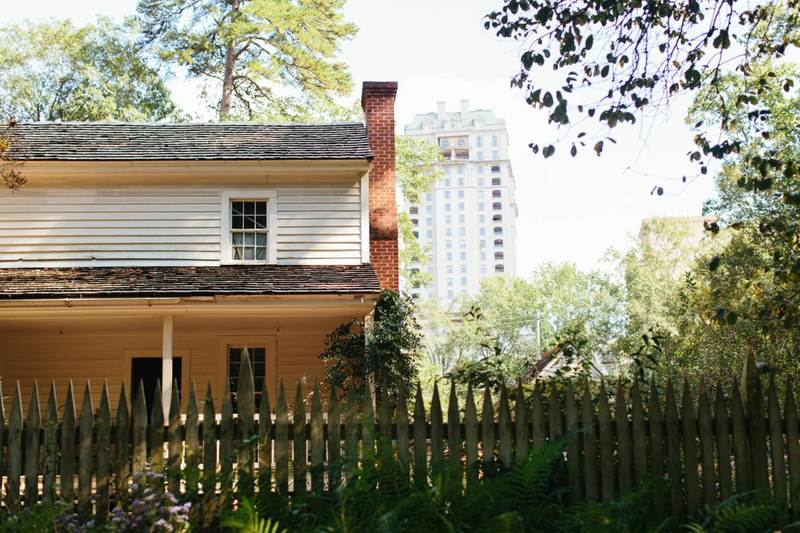 Because the Smith family continued to live in the house up through the 1960s, many changes were made to the building over time. Once the Atlanta History Center acquired the house, they began the process of un-modernizing it to make the home historically accurate to the mid-19th century. However, said Joanna Arrieta Potter, the director of adult and family programs, "We've kept the air conditioning." 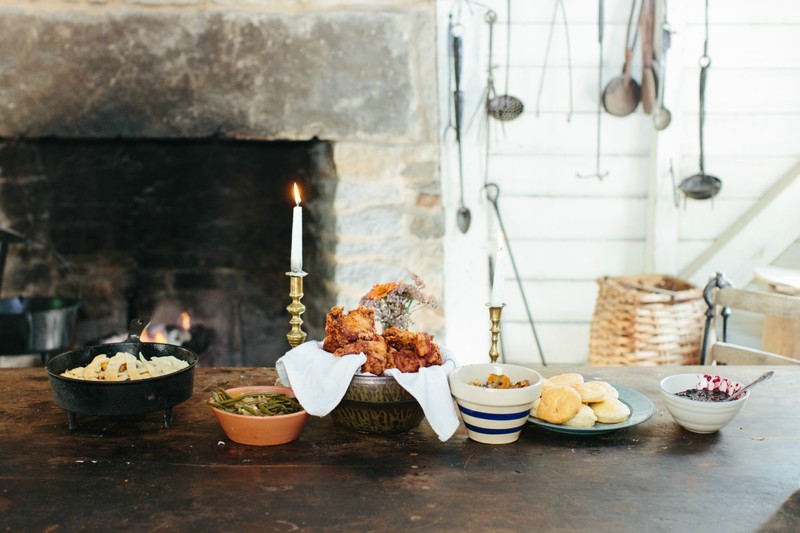 As was the practice at the time, the kitchen at the Smith Family Farm is detached from the main house. Keeping the kitchen separate reduced the risk of fires spreading from the open hearth to the house and kept heat outside. It was also separated because the family wanted to "keep slaves out of the house and maintain a heirarchy," said Potter.

The hearth was kept lit almost constantly, and it was used to cook everything from vegetables to chicken and even breads. 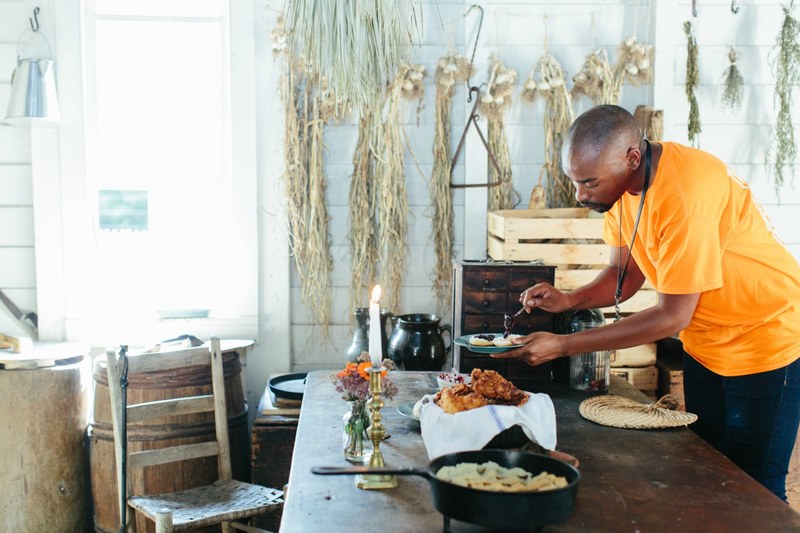 Potter and museum interpreters cook much of the food used in demonstrations for school groups and other tours. They learn to cook historically accurate recipes from many sources. Damian Lockhart (above) learned his biscuit recipe and fried chicken technique (adding bacon to the hot frying lard) from culinary historian Michael Twitty, who works frequently with the History Center. For our visit, Lockhart and his fellow interpreters also prepared peach cobbler, green beans, carrots and blueberry compote. 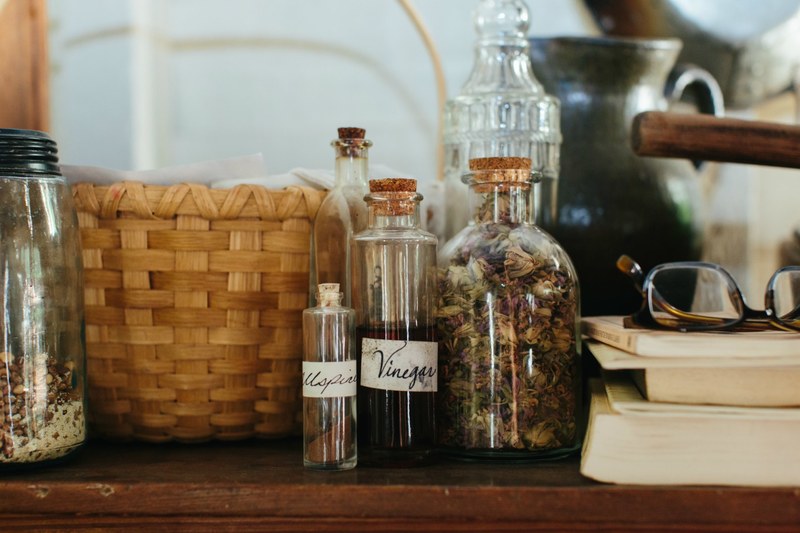 Like the rest of the farm exhibit, the kitchen is full of spices and other pantry items that are used not only for display, but also for cooking on an almost daily basis. Potter said that most of their demonstrations are geared around school groups and other tours, and that they aim to focus on African-American foodways. They typically cook dishes such as collards, Hoppin' John, rice and cornbreads, and they like to showcase particular styles of cooking that show the open hearth in action. 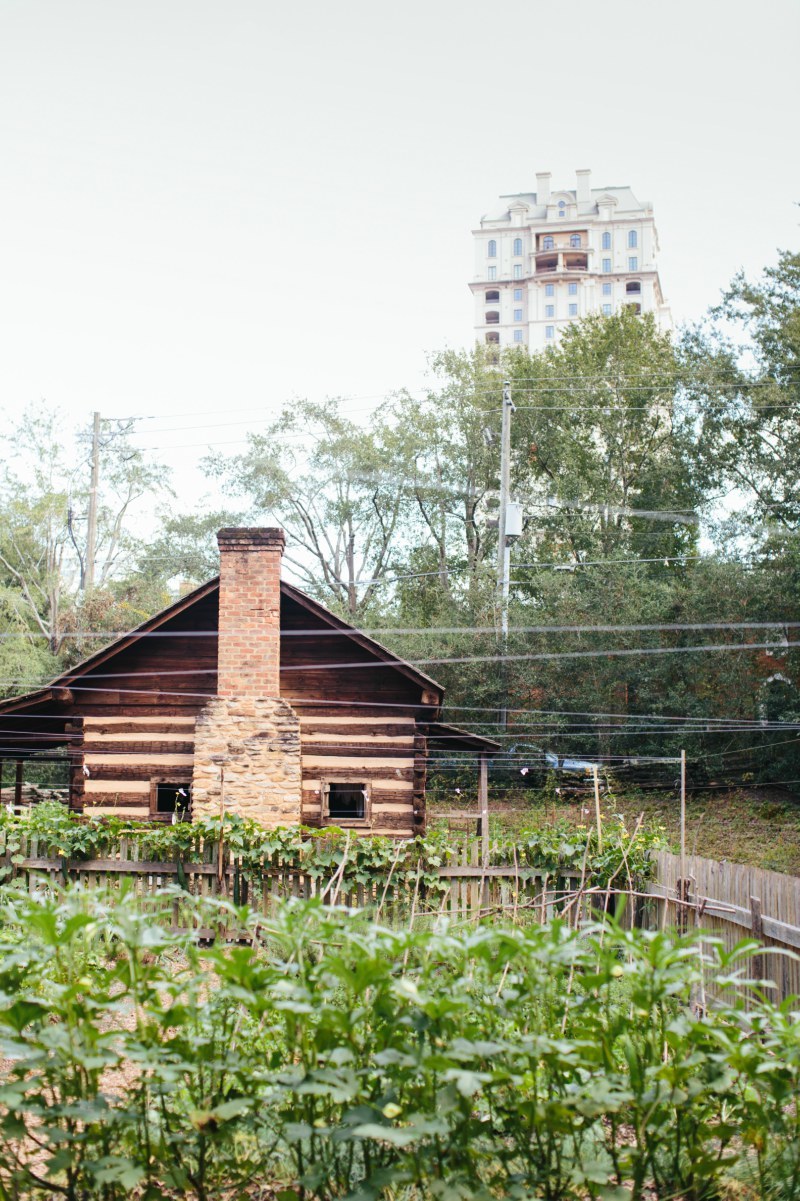 The kitchen garden (foreground, above) is one small piece of the History Center's 33-acre Goizueta Gardens. Much of the food grown in the garden is used for cooking demonstrations. Any leftovers go to staff, said Valerie VanSweden, curator of the gardens. All of the plants grown in the gardens are heirloom cultivars that were available during the time period, she said. Because of today's interest in heirloom fruits and vegetables, there are now robust seed cultivator networks, which means "it is now easier to get [period-appropriate] seeds." This year, the horticulturists at the farm acquired recently re-released peanut seeds in order to grow a small, flavorful varietal that hasn't been seen in decades. 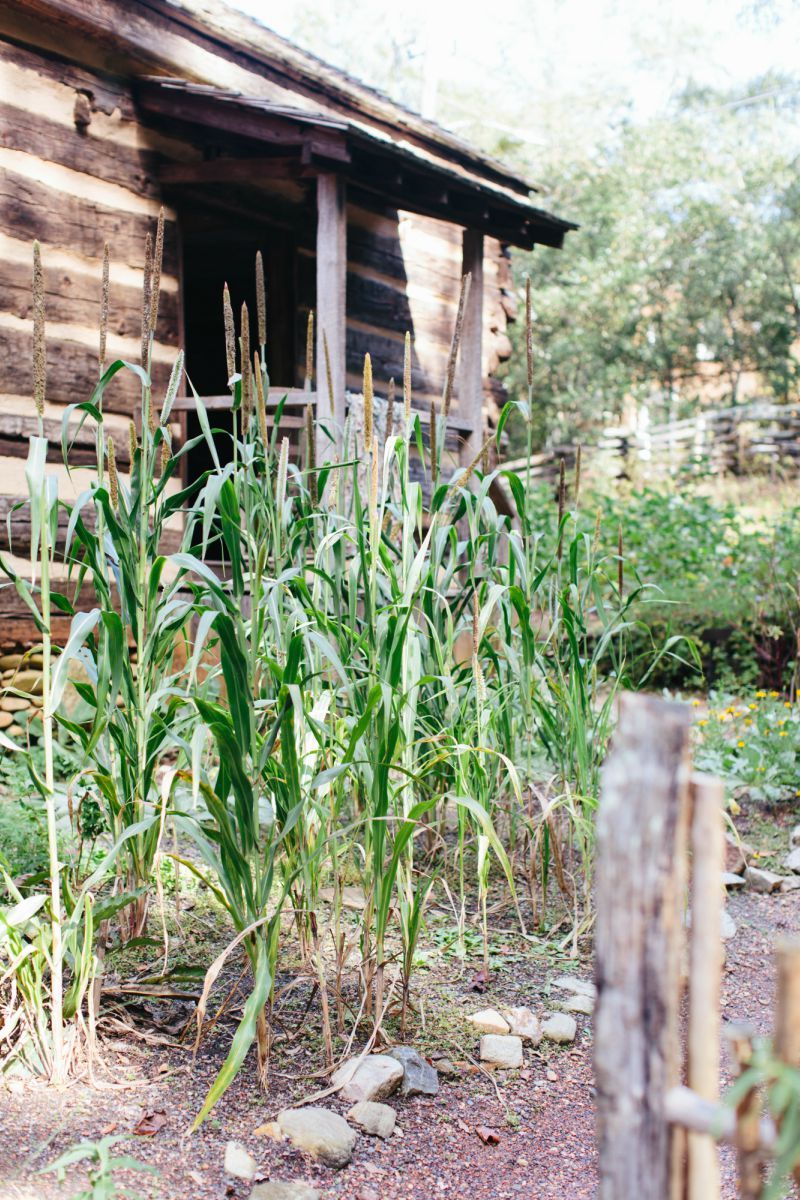 VanSweden said that the people enslaved on the Smith family farm also likely maintained their own gardens, which were organized in a distinctly different and more fruitful manner than the kitchen garden. Unlike the English and American system of monocropped rows, the enslaved peoples' gardens were organized by West African systems of companion planting, which integrated many different plants into a single plot. One crop likely grown was millet (above), a grain that can be eaten in a porridge or ground into flour. 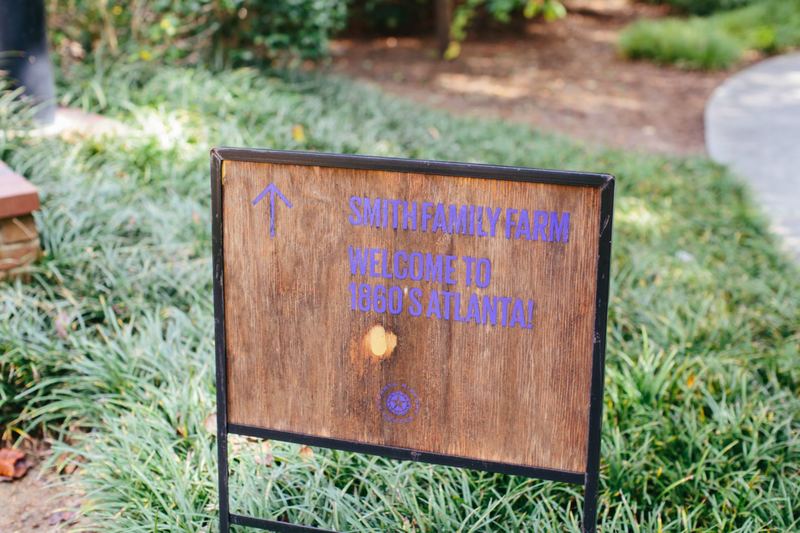 There is plenty more to see at the Smith Family Farm, and all visitors to the Atlanta History Center can wander the grounds for free with their museum ticket purchase. The farm is open from 11 a.m. to 4 p.m., Mondays through Saturdays, and from 1 to 4 p.m. on Sundays.

Learn more about the farm and the history center here