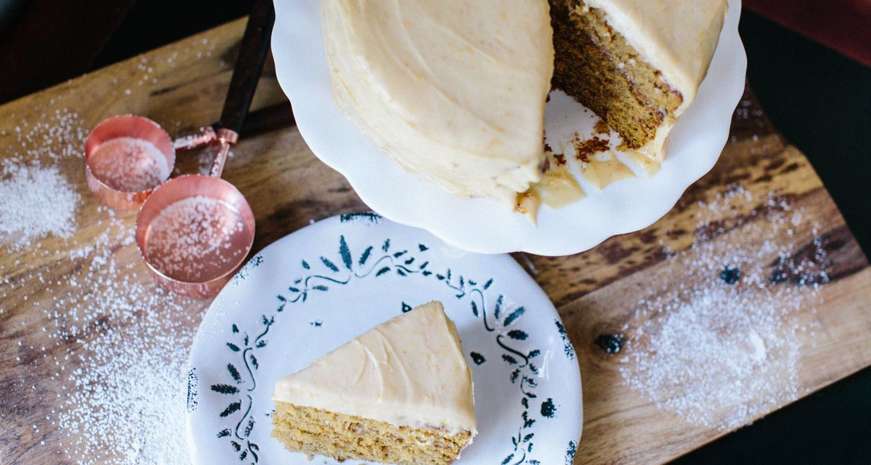 From spiced lattes to delicious pies, find out the secret ingredient in all of your fall favorite treats

Take a look at the ingredient list of most any iconic vehicle for pumpkin spices, such as the Starbucks Pumpkin Spice Latte, and you will see more than just a sweet, spiced coffee drink. There are actual pumpkin particles in that cup, in the form of puree. Ditto for your breakfast cereal, pretzels, doughnuts, protein powder, ice cream, kombucha, kale chips, cream cheese, bagels, yogurt, popcorn and Pop-Tarts.

If people want to consume their pumpkin pie spices in the pre-fall season, and clearly they do, I suggest combining them with corn. Corn is sweeter than squash, and if prepared properly, creamier as well. So sweet and creamy, in fact, that corn, pumpkin spices and a pinch of salt are all you really need to make a pumpkin pie-flavored drink.

What is pumpkin spice?
Pumpkin pie spice is a mixture of ground cinnamon, cloves, nutmeg, allspice and ginger. These roots, seeds and bark all share the trait of somehow tasting sweet without actually being sweet. In the presence of actual sweet ingredients, they really pucker up. A dose of cream makes these qualities more palatable, without obscuring them. That is part of the magic of pumpkin pie.

The only difference between pumpkin pie and chai spices is the inclusion of cardamom. Chai spices are often served in conjunction with sweet, creamy ingredients, along with steeped bits of a caffeine-bearing plant — tea, in this case. While pumpkin spices have recently found a niche as a coffee flavoring, chai spices — and their accompanying milk, vanilla and honey — have flavored black tea for centuries. Back to that corn-spice drink. When my wife took a sip, what she said was music to my ears. Our kids swarmed into the kitchen, took sips and said the same thing she had. Even the girl next door, less accustomed to my kitchen research projects, agreed:

This was encouraging, but one question remained: Could I use my corny concoction in a pumpkin spice latte?

I took a trip to Starbucks and paid five bucks for the smallest cup they had. I didn’t taste any coffee, only pumpkin pie, but the barista claimed she’d added a shot. I took it home and added homemade espresso, which made it taste kind of funny, in a way that pumpkin sometimes can.

The corn spice latte, meanwhile, had none of that funniness, no matter how much coffee I added. And I added plenty. And when I added chocolate powder to the corn-coction, the resulting corn spice mocha made me smile like a jack-o-lantern.

For expediency in the recipe below, I used a commercial pumpkin pie spice mix. But extreme DIYers can mix up 3 teaspoons each of cloves and allspice, 4 teaspoons each of nutmeg and ginger, and 6 tablespoons cinnamon, all finely ground. 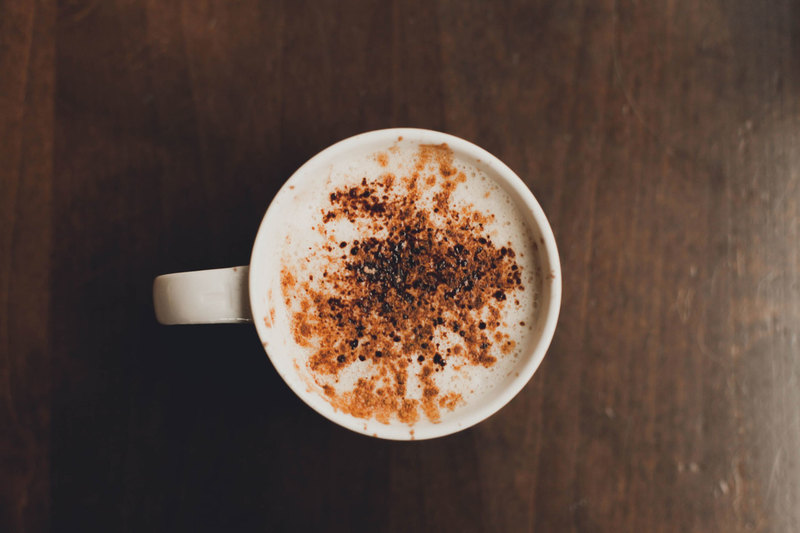 Instructions
Cut off the tip of the cob and hold it tip down on a cutting board. Place a filet knife or the narrowest knife you can find about halfway down the cob, and cut straight down, as close to the cob as possible, slicing off a sheet of kernels. Rotate your grip on the cob and slice off another sheet. When you have sliced the corn off the entire half, put the other end down on the cutting board and slice the corn off the other end. You should get about a cup and a half from an average size ear.

Add this corn, along with the salt, spices and chocolate, if using, to a pot with the water. On medium heat, stir it together with a fork and bring to a simmer. Leave it there for 5 minutes, covered. Turn off heat and allow to cool. When cool enough to work with, add to a blender, preferably a powerful one like a Vitamix. Start on the lowest speed, gradually increase the speed to high, and blend at high until it’s utterly smooth.

If you are in need of a blender upgrade, you may have to filter what’s left. Pour the liquefied or strained corn spices back into the pot and return to a simmer. Serve hot or cold.