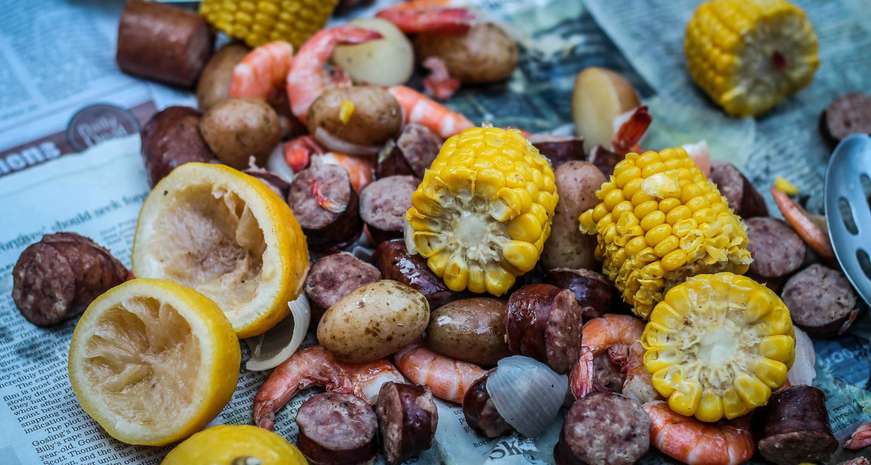 From Frogmore stew to country captain: Here is our favorite low country fare

Some of the most delicious and culturally unique Southern foods come from the low country, a region stretching along the South Carolina and Georgia coast. Its cuisine is strongly influenced by both the marshy, estuary-filled ecosystem and African ingredients brought over with the enslaved. Seafood (especially shellfish) and rice play a huge part in low country cuisine, far more than other regions of the South.

Here are three of our favorite low country dishes and recipes to help you make them at home tonight.

Frogmore Stew
Originating in the Frogmore community on St. Helena Island in South Carolina, Frogmore stew is the signature seafood boil of the low country. (Indeed, you can also call the dish low country boil.) Its highlight is, of course, fresh Atlantic shrimp, along with smoked sausage, just-picked corn on the cob and tender potatoes. The only real trick with Frogmore stew is to pay careful attention to the order in which you're cooking each component: Start cooking the potatoes. As they become just tender, add the sausage for flavoring. Cook the corn for just a couple of minutes, adding it at the end with the shrimp to prevent overcooking. If you like softer corn, add it a minute or two before adding the shrimp. That's it! All you need to do to finish is pour out the stew onto newspaper and dig in — cocktail sauce optional.
Get the recipe 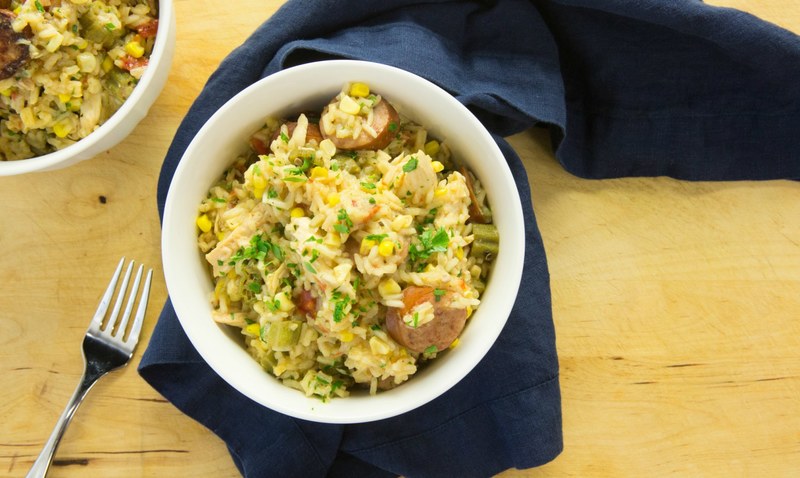 Carolina Chicken Bog
Originating around Myrtle Beach, South Carolina, chicken bog is a distant cousin to chicken purloo (or pilaf), which consists of pulled chicken cooked together with rice and sausage. The term “bog” reflects the moisture level of the dish, as it is slightly soupier or “boggier” than a traditional purloo. We like to make our bog easy and streamlined by cooking everything, including the rice, in one pot. We also take another shortcut and make use of store-bought rotisserie chicken and broth. Of course you can always simmer a broth of your making — to each her own.
Get the recipe 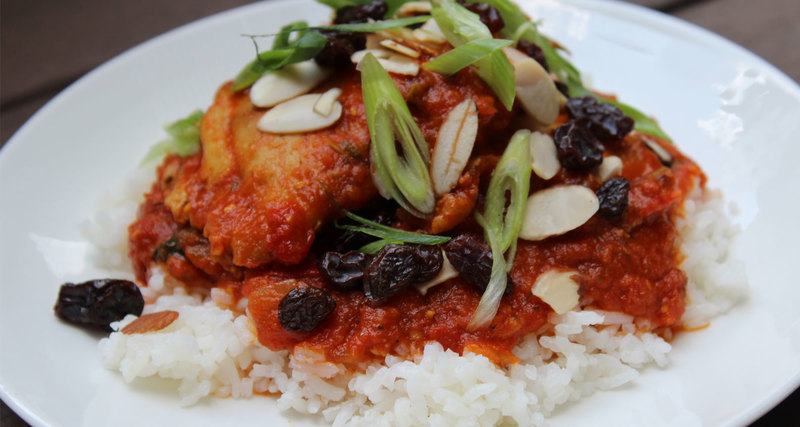 Country Captain
Country captain has its origins in the low country — namely Charleston and Savannah — and can be traced all the way back to India. Typically featuring chicken, country captain refers to a braise or stew of tomato sauce spiked with curry powder, then served over white rice and garnished with raisins and almonds. It is a vibrant, flavorful dish that's just as at-home on your Thursday night dinner table as it is served for Sunday supper.
Get the recipe