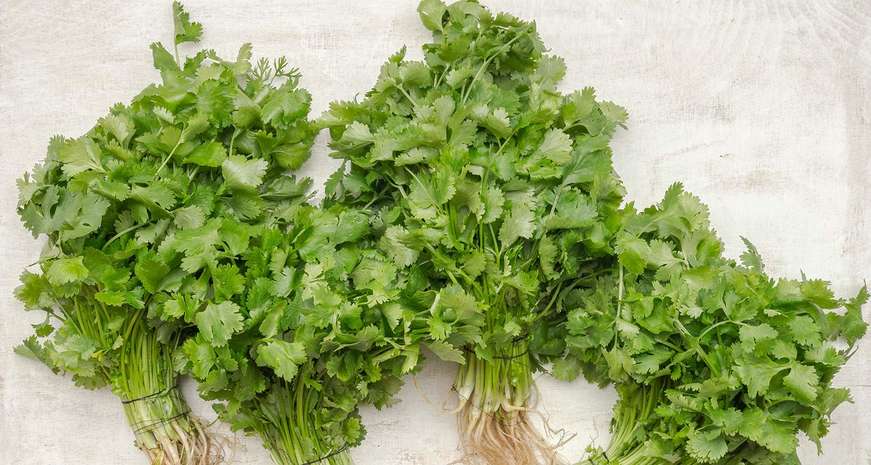 Fresh cilantro, and its seeds, are the stars in this ultra-comforting soup

Last year at about this time, I sat down with a stack of seed catalogs, a warm beverage and a pantry full of dreams. I repeat this ritual every year, fully aware that it's only a game, and that only a token amount of my food will ever come from my garden, regardless of how many seeds I order.

But tokens like this have a way of taking me to some cool places, so each winter as I peruse my seed catalogs, I choose a few more. Last winter I ordered a token pound of cilantro seeds, aka coriander. As a result, I didn't have to buy cilantro all summer, or coriander all winter, and I became acquainted with one of England's favorite comfort foods.

In the UK, where cilantro is called "coriander leaf," cooks use both seed and foliage in a velvety carrot soup. Carrot and coriander soup is so popular that entire top 10 lists have been written, ranking and comparing the various options available on the British market. When I started making batches of my own this winter, I began to understand why.

Herbs all summer
I had ordered my pound of coriander based on conversations with a farmer friend named Luci, who plants cilantro every two weeks from April through September. It's her most profitable summertime crop, in terms of output versus return, she says. Luci recommended the Calypso variety because it can handle more heat than most cilantro plants, she can plant it tightly and cut it like salad mix, and she gets a second cutting from each planting. In the middle of summer, when cilantro wants to flower as soon as it sprouts, Luci uses shade cloth to cool the soil before planting, but token gardeners like myself can use the shade of other plants.

Last year my Calypso seeds arrived in February. In April, I began throwing coriander into the middle of the garden, where it would get the most sun. As the days grew longer and hotter, I threw seeds into shadier spots, between raspberry bushes, under the tomatoes, beside the spinach. I threw seeds toward the pathways, the garlic patch, the chicken yard. 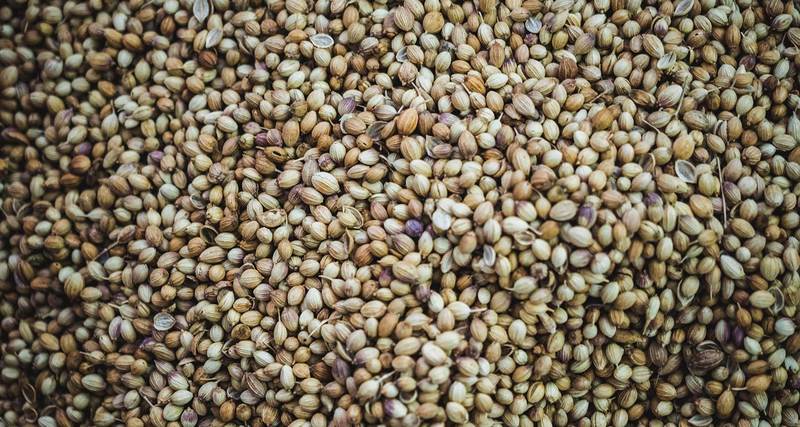 In the heat of summer, as expected, most of my cilantro flowered and went to seed. Most, but not all. Because I had so much cilantro in the ground, in so many spots, from full sun to full shade, it was always possible to find enough cilantro when I needed it. That token sack of cilantro seed, which cost me $14, returned free cilantro all summer long. There wasn't always a ton of it, but it never quite ran out.

I did what you do when you have cilantro. I made salsa, chutney, curry, tacos. By the end of summer, the garden was full of cilantro plants gone to seed, some of which had dropped and sprouted anew.

I thought about trying to save some of my homegrown coriander for the pantry. Then I remembered I still had about a quarter pound of Calypso cilantro seed.

So I've been making a lot of coriander and carrot soup, sometimes without the fresh coriander leaf that most recipes call for — it's great either way. I use carrots and onions from the winter farmers market, and garlic and coriander from my pantry. What I find most striking about this mellow, satisfying soup is how the coriander disappears: The carrots and onions neutralize the strong-flavored seed to the point where you can barely taste it in the soup.

My version is assembled from ideas and ingredients picked and chosen from other recipes. With a dish as simple as this one, even mild deviations can have a big impact on the final character, so there is no need to get fancy. Just get some coriander, and you will be fine. 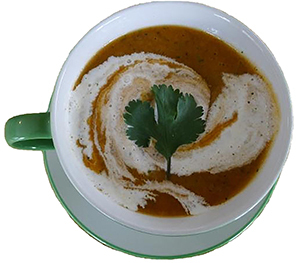 Instructions
In a large pot, combine the water, carrots, onion, potato, celery, garlic and salt. Bring to a boil, reduce the heat to low, and simmer for 30 minutes, skimming any scum that floats to the surface.

While the soup simmers, toast the coriander seeds in a dry pan on medium-low heat. When browned and aromatic but not burned (about 5 to 10 minutes), grind them and add to the pot. (If you don't have a spice grinder, use ground coriander.)

Continue to simmer until everything is tender, about 20 minutes. Turn off the heat and let it cool to a temperature you can manage in a blender.

Blend in batches. Add fresh cilantro and blend again, until the green flecks are to your liking: not too big, not too small, but just right.

Serve hot or cold, garnished with the cream of your choice, extra coriander or some grated ginger, if you wish.