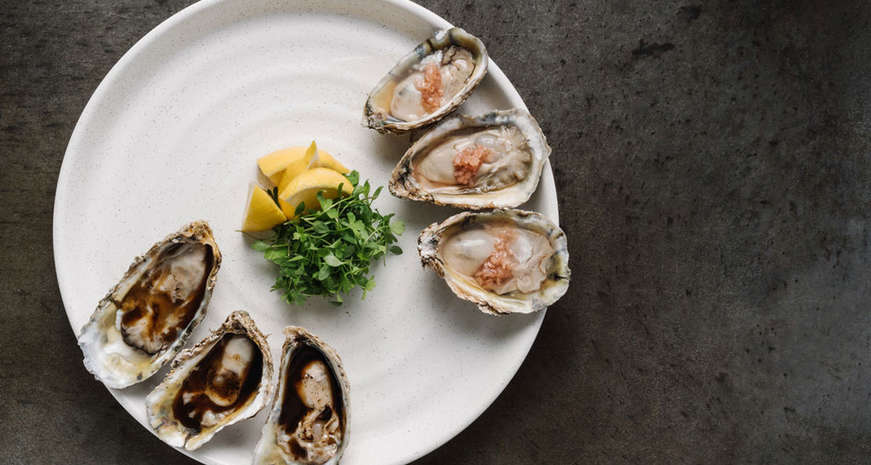 Oysters from AIX, a new restaurant from Atlanta's Nick Leahy

For Chef Nick Leahy, cooking Provençal cuisine is all about Southern roots

Chef Nick Leahy has had a fairly epicurian upbringing. His grandfather was a British diplomat so his family spend a good chuck of his childhood in European and other, more exotic, countries. But it's his childhood spent in AIX-en-Provençe that has most profoundly shaped not only his palate, but also his love of cooking.

Based in Atlanta, Leahy has built a a good reputation for himself in his almost 20 years of cooking. In early December 2018, he will open a new Provençal inpsired restaurant, named AIX (pronounced "ex") for the place he spent so much time as a child. The new restaurant will be full service, offering patrons breakfast, lunch, a French-styled happy hour and, of course, dinner. Addtionally, AIX will have an adjoined but seperate robust wine bar, named Tin Tin after an electic and beloved aunt. 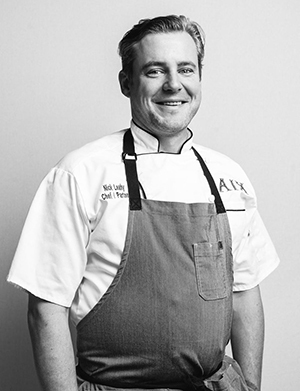 We recently sat down with Leahy to learn more about this project and how it fits in to the Atlanta dining scene.

Southern Kitchen: How did being exposed to so many different cuisines at such a young age shape your palate?

Nick Leahy: I think it's true of anybody, what you eat when you're young forms what you like to eat when you're older. If you are exposed to a lot of things when you're young then you can really appreciate a broader selection of cuisines and spices and flavors. I always give [my mom] a lot of credit for sort of kickstarting me as a chef because she was always a very creative cook.

SK: I know a lot of classically trained chefs kind of struggle with finding what it is they want to cook, and a lot of people go back to their roots, or what they ate growing up, but your childhood was very epicurean. How did you decide which cuisine you wanted to cook?

NL: At Saltyard, [a previous restaurant], we were playing in whatever field we want to play in because it was [serving] globally-inspired small plates. So it was, in a way, very freeing to be able to cook with whatever you wanted. But it also made me appreciate different cuisines even more. [With AIX] it's a pleasure to get to be able to cook within a scope now so that we can really focus in on the flavors and make everything very cohesive. So in a way, it's almost liberating ... to cook within the scope of a cuisine that I'm super comfortable with and super passionate about, Provençal cuisine.

[These] are my earliest food memories. I remember being in the South of France with my family and trying these things. [It's] the cuisine that I would say is most my family — that's why I'm passionate and that's why I sort of zeroed in on this. 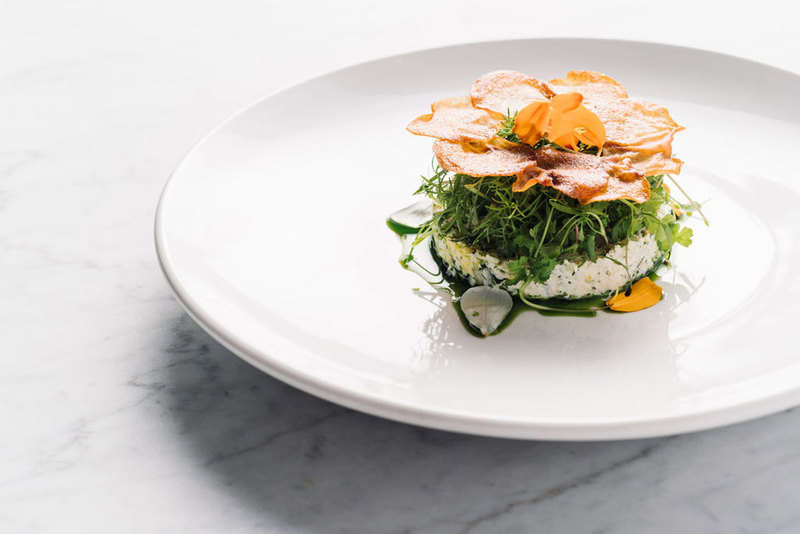 SK: Do you think that Americans kind of have this weird fascination with French cooking and French cuisine?

NL: I think they do, but I [also] think most Americans don't understand the different subtleties in French cuisine. So I think what most people think of as French cuisine is just bistro or brasserie food. Much more of a northern French type of cuisine, typified by rich sauces and butters and creams and all those kind of things. Whereas the part of France where I spent a lot of time growing up, Provençal, is it's much more of a Mediterranean kind of cuisine.

It's a bit more of an open-minded version of French cooking. The French are very proud of all things French so, you know in the North or in brasserie or bistro food, it's like, "This is how the French do it." Whereas in the South you have so many more people that come through from different cultures that you have a lot more outside influence. It's French technique and it's a French mindset, but it's a broader palate to get to play in as far as ingredients and spices go. 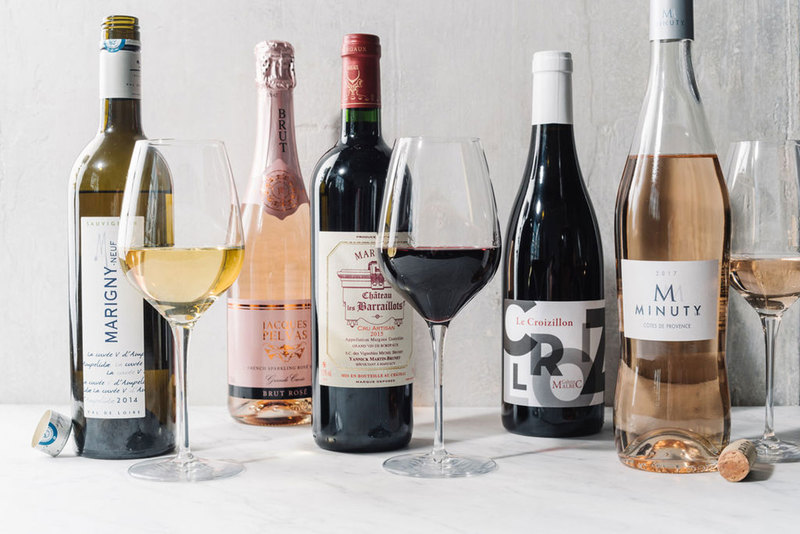 SK: Besides Atlanta being your home base, why is it important for you to open up this sort of French concept in the city?

NL: I think there's a hole in the city as far as French cuisine. I think there are great French restaurants, but I think they approach French cuisine from that more bistro or brasserie angle. I think anytime you're doing a concept it's better if it's something personal. [Can] you actually relate to it and be passionate about it? When I think of Provençal French food, I'm not just thinking of a type of food, I've got all these memories that it brings up.

SK: With that being said, you've mentioned "The South" quite a bit. Do you think there are any common misconceptions about American Southern cuisine as well?

NL: If you go outside of the South in the U.S., people think it's all fried heavy butter and creamed corn. [But] we probably cook more seasonally than a lot of the rest of the country. We have, you know, a huge agriculture base here. So I think Southern food is a lot healthier and a lot more vegetable-driven and a lot more seasonally-driven than people perceive it to be. It's not just biscuits and gravy. 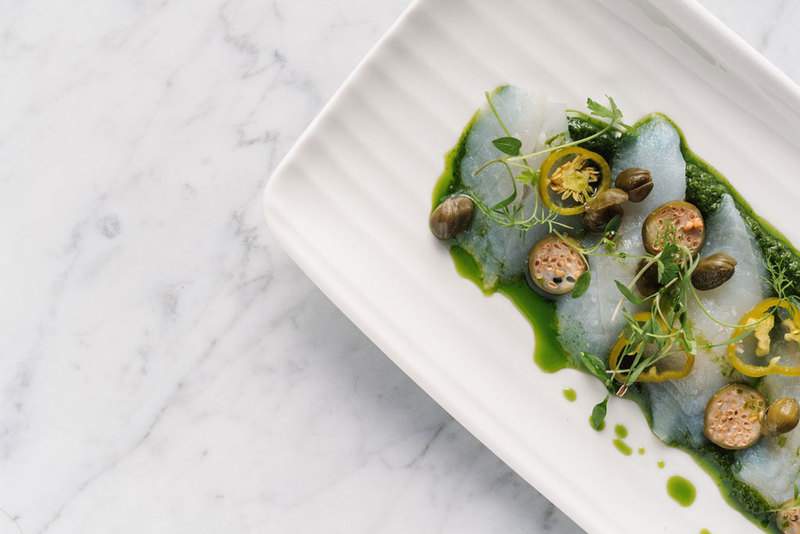 SK: If you had to choose one dish from your menu as it stands right now that encapsulates everything you want to communicate about where you grew up, your heritage and your food, what would that dish be?

NL: The one dish that sort of encapsulates our ethos for the restaurant is probably the bouillabaisse. Classic bouillabaisse a kind of fisherman's stew using whatever the freshest fish at that moment is. But we're going to refine the dish a little bit. Instead of having it be a big bowl of stew we're going to cook all the pieces of seafood individually and then make it with a really flavorful broth tableside. It's taking that classic dish from Provençe and just elevating it a tiny bit.