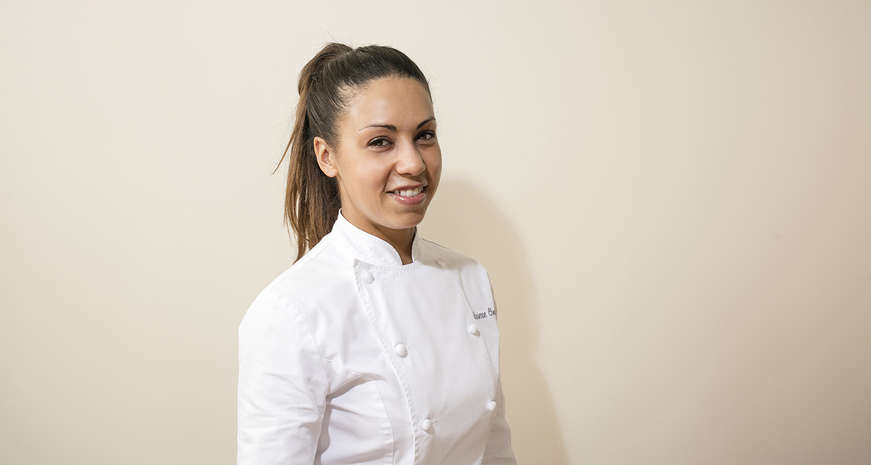 Since her appearance on season 15 of Bravo’s “Top Chef,” Chef Adrienne Cheatham hasn’t slowed down one bit. She got married last spring, made her own wedding cake and launched a pop-up dinner series.

After taking home second place, Cheatham decided to keep her culinary creativity flowing with SundayBest, a pop-up series, instead of pursuing a brick-and-mortar place of her own.

Once a month, Cheatham takes over the kitchen at a secret location, revealed on her website and Instagram account, to cook a four-course dinner. The number of tickets are limited depending on the size of the host restaurant, so some of the dinners have been an intimate gathering of less than 20 while otheres have included a large crowd of more than 50. Diners interested in attending the pop-up can purchase tickets on her website.

Through the pop-up series, Cheatham has been able to reunite with her former boss, Marcus Samuelsson of Red Rooster, as well as "Top Chef" co-star Chris Scott, of Butterfunk Kitchen. She has the flexibility to experiment with each menu and showcase some of her favorite "Top Chef" dishes, including her signature finale dish of uni spoonbread with caviar and buttermilk dashi, all topped with a delicate wheat tuile. 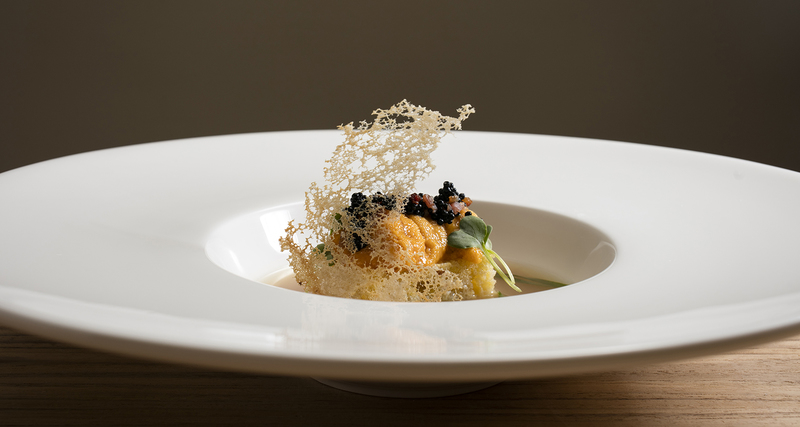 Not only has her time on "Top Chef" helped to inform the dishes she's serving on a regular basis, it also helped to confirm what she’s know almost all of her life: Southern cuisine is where she shines. “It was such a great experience to be a part of ["Top Chef"], learn a lot about myself and really get a lot of confirmation about the kind of food I want to cook,” she said.

Southern cuisine is in Cheatham's blood, and it’s what she’s spent her career perfecting. And that’s not something you hear too often from a native Chicagoan.

Her culinary journey began in the kitchen with her mom, a white Northerner who learned from her black Mississippian father’s family how to make collards and cornbread, and how to leverage the magic of a cast iron skillet. “When my father’s family heard they were getting married, [they] said, ‘You know what? We don’t care that you’re marrying a white girl from the north side of Chicago. We just care that she doesn’t know how to cook Southern food,’” she explained. So, Cheatham’s great aunts and a great grandmother flew or drove to Chicago — Cheatham’s still not exactly sure how they or the various cast iron skillets they brought with them made it to the Windy City — for a crash course in Southern cooking.

“When they got there, one of the first things they asked her was, ‘Okay, so you should make us some greens.’ And she made them a salad because that’s what greens were to her," Cheatham said, laughing. "They taught her everything about cooking Southern food, starting with planting a garden in the backyard so that she could have the stuff that’s available at that time of year.”

Collards and spoonbread are at the top of Cheatham’s list of favorite foods. “Spoonbread is one of my favorite things because of the texture. It’s like a custardy cornbread and it’s also very easy. … I love [that] it’s such a comforting, delicious thing.”

Cheatham began traveling back and forth between Chicago and the South frequently in college. She went to undergrad at Florida A&M University, and cooked professionally in Orlando and Sandestin before heading back north to attend culinary school at Institute of Culinary Education in New York City. Her husband is from New Orleans and the pair try to “take trips down there as much as possible,” she said. “Whenever I’m in Jackson, Mississippi we go to Big Apple, but to locals it’s known as Big John. They have smoked sausage sandwiches, pig ear sandwiches and tamales. That’s a must go every time I’m home.”

Cheatham also recommends the Tallahassee soul food restaurant Orleans Café, as well as Guthrie’s Chicken, which began in Auburn, Alabama, but has grown to encompass multiple locations throughout the South. 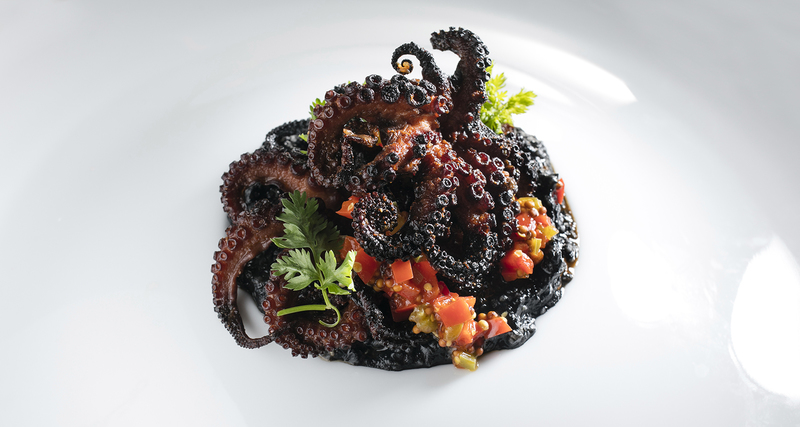 Her ability to elevate Southern cuisine and transform it into dishes you would find at a high-end restaurant did not always sit well with Cheatham; however, her confidence grew throughout the "Top Chef" season, landing her in the finale and reaffirming her belief that she’s actually good at what she does.

“I was a little apprehensive about [elevating Southern food] at first because we all like our food the way we like it. I like certain dishes the way they’re made by my grandmother or my aunts in Mississippi,” she said. “You know you’re used to things the way they are, but if you look at all other cuisines — French, Japanese, Italian, Korean — everything evolves and grows and a lot of times brings in other cultural influences.

“And that’s not something Southern food [is usually known for]. It’s always been regarded as such a humble cuisine. … I’ve always felt it doesn’t get a lot of respect when I was in more high-end cooking, which really bothered me because it is the original everything. It’s the original farm-to-table, organic, seasonal cooking. It’s the quintessential American cuisine and people brush it off as just being homey and too humble, but it really is more nuanced than people realize.” 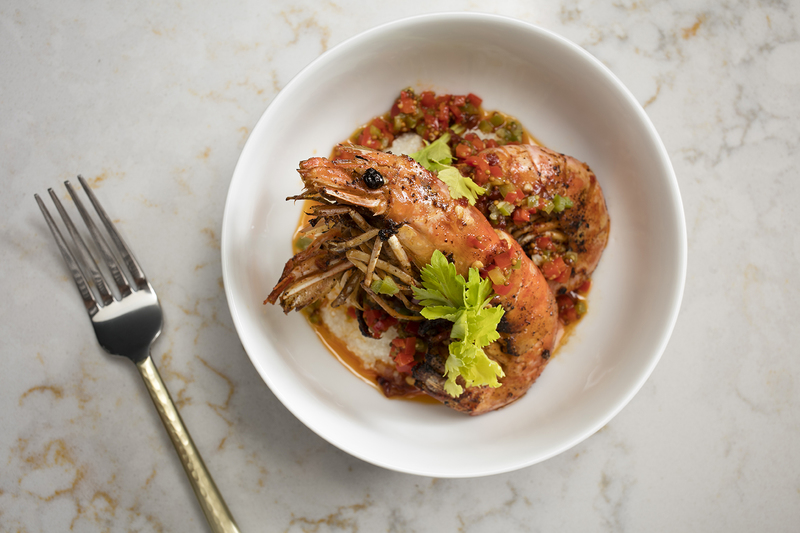 For most cheftestants, their time after "Top Chef" is spent working towards opening a restaurant of their own or heading back into the kitchen of the restaurant they briefly left to compete on the series. The idea of a restaurant certainly floated around in Cheatham’s head, and most of the dishes she’s cooking at SundayBest could be used on a restaurant menu, but she found that she had more flexibility not forcing herself back into a permanent spot at the moment.

“For 14 to 15 years I’ve been working 6 to 7 days a week and … I’ve missed so many things, so I did want to keep a little bit of flexibility in my schedule,” Cheatham said. “The pop-up really came about because I [wondered], ‘How do I start cooking my food, how do I start serving people and connecting with people?’ That was the easiest, most logical way to do it.

“There are so many great restaurants, especially in Harlem, that are closed one or two days a week, [so I thought] instead of opening a place right now, I [could] keep some flexibility and actually see my husband. If I were opening a restaurant right now, I would not be able to spend time with him.”

Without the burden of running a restaurant, Cheatham’s sole focus is coming up with an inventive menu. She explained: “In a restaurant, you have to set aside time from overseeing [the] regular menu to really be able to develop and test new [dishes]. And then you test it on regulars, you run it as a special, you do a lot of things like that. But with the pop-up I can try everything that I’m thinking about … [and I] can really find the best way to make each dish more amazing than I originally thought it could be.”

While creating each menu for SundayBest, Cheatham draws inspiration from seasonal ingredients, the style of cuisine at the host restaurant, or, really, whatever pops into her mind. “You’d be surprised where you find inspiration when it comes to cooking,” she said. “I could be at a farmers market and see a vegetable that’s hitting the peak of the season, and it looks amazing, and I [think], ‘Oh I need to get 10 pounds of this to work with.’ Or it could be when I’m out shopping and … see a dress and the texture and ripples of it, and I’m [thinking], ‘Wow that’s so beautiful. I wonder if I could replicate a shaved ingredient to look like those ruffles.’”

She also tries to collaborate with the chef of the host restaurant. The dinners aren’t about taking over a restaurant and completely reinventing the menu or overshadowing her hosts, but instead they are about using the talents of the host chef and kitchen to build a menu that highlights the best of both cuisines.

“I can change the menu at each one,” she said. “Usually the chef of the host restaurant will do a course, so it’s also a way for people to see what other chefs are doing. They’re not just there for me, but for an overall dining experience. … It’s just a lot of fun when I get to try really inventive cool food and we get to get really honest and immediate feedback.”

The immediate gratification Cheatham sees as diners eat their way through a SundayBest diner is unlike any other experience. By bringing back dishes she cooked while on “Top Chef,” Cheatham is also able to reaffirm that not only do the renowned judges love her cooking, but the average customer does, too. “It’s very, very rewarding,” she said. “It’s one thing for the judges [to like my food], because cooking for them is different than cooking for most people that you cook for in restaurants. [The judges] eat so much different food they need to be wowed by everything. And I want to do that, but some dishes are more approachable and not as high end. There’s not always a huge wow factor other than the fact that [a dish is] delicious.” 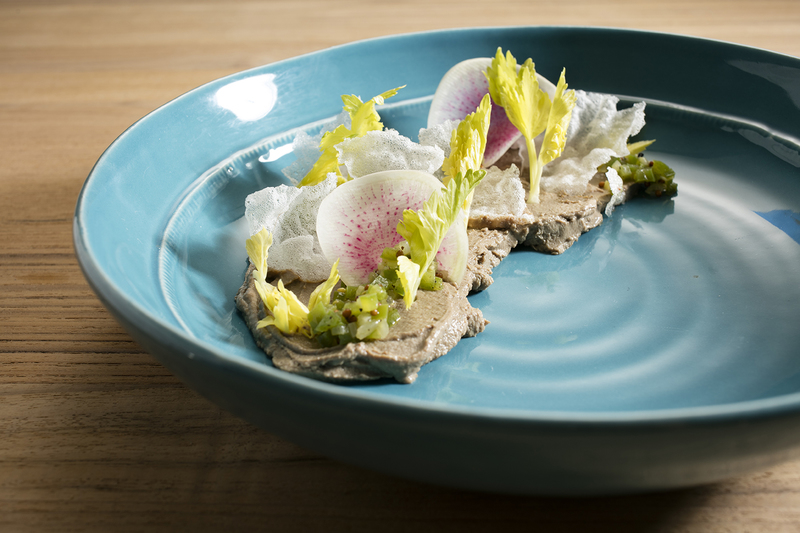 Cheatham plans on running the pop-up series throughout fall and potentially longer, depending on how her other secret projects are going. “I am looking at working on another permanent project, so when that moves forward I’ll have to slow down on the pop-ups,” she said. While the pop-up dinners have been held in New York City so far, if she has the flexibility to do so, Cheatham is considering expanding SundayBest to different cities, including Birmingham, Chicago and Atlanta.

Cheatham also recently partnered with chefs Tanya Holland, Chris Scott and Brother Luck for a Juneteenth Celebration at the James Beard House. She found the experience once again reaffirmed her confidence in her ability to cook phenomenal, elevated Southern dishes.

“It was huge because it was at the James Beard Foundation’s first major celebration of any African-American holiday,” she said. “It was great to be a part of bringing that to the James Beard House and it ... puts that stamp on the fact that Southern culture and Southern cuisine is right up there with everything else. It does put a stamp of certification on this is good food, good culture, good cuisine that needs to be recognized."

27 people in Southern food everyone should know

27 people in Southern food everyone should know