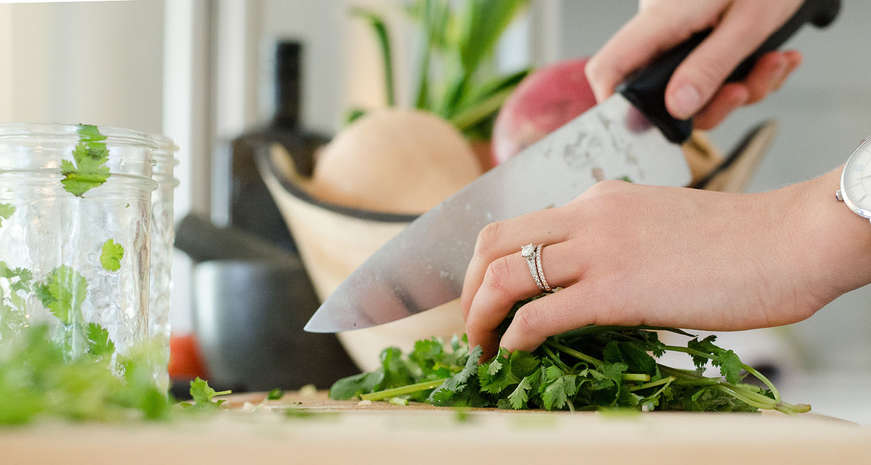 With school back in session and vacation season coming to a close, we're all starting to get settled back into our fall routines. And with those routines come long work days and countless activities for the kids. There's hardly time to cook much of anything, let alone an involved dinner. We’re always looking for shortcuts that will help us make a great meal in less time — even just 15 minutes — without losing any flavor.

These five hacks are easy to remember and will help you cook like a pro even on your busiest nights.

Keep your pantry and fridge stocked with prepared ingredients
Dry pasta, pesto, canned beans, white rice, canned tomatoes, spices, cornbread mix, olive oil. ... We could go on and on with the list of ingredients that you should keep in your pantry at all times for ultra-quick dinners. After all, every meal doesn’t need to be made with fresh ingredients. It’s great when we can take advantage of fresh produce and ingredients, but when we’re running low on time we’ll use canned or dry ingredients whenever we can.

Do the prep work in advance
Chop up vegetables ahead of time. If you’ve planned out your meals for the week and know you’re going to use a few different veggies in multiple ways, save time by cutting them all up in advance. When you’re ready to cook your meal, you can just toss them into the mix without breaking out your cutting board again. This will also cut down on the over all cooking time. Chef Jeffrey Gardner said, “cutting things into small pieces promotes faster cooking.”

Allowing meat to marinate overnight is also a great way to make sure the food is flavorful — and, again, it'll cut down on day-of work. “Meat can sit in an oil-based marinade for about 24 hours in refrigerator, so you can set up the next day’s dinner before hitting the sack,” noted Real Simple.

Freezing cooked rice is another cool hack. Jeffrey suggests cooking it in advance and freezing it until you need to cook with it. “The key is cooling it properly before freezing so it doesn’t clump,” he said. “Fried rice is my favorite application, and I just dump it straight into the hot pan where I’ve been cooking my vegetables. Unlike fish, for example, there’s no inhibited caramelization when reheating something that was steamed to begin with.” 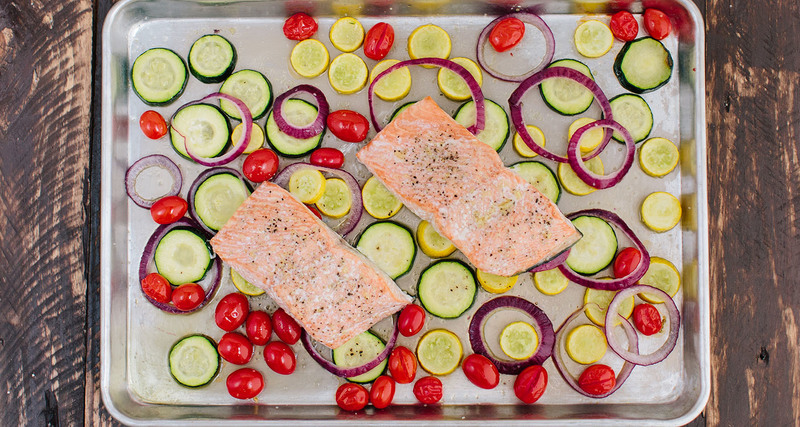 Not everything will cook in 15 minutes
Some ingredients simply won’t cook as fast as we would like. On your busiest nights, avoid starchy root vegetables and tubers. “Instead stick to veggies that cook quickly like leafy greens, mushrooms and zucchini,” said Jeffrey.

For a lickety-split weeknight meal, he suggested sticking to the basics. “I like to simply cook a protein, steak for example, then compose a quick salad while the steak is cooking,” he said.

Don’t be afraid of frozen ingredients
We love using frozen food as a shortcut when we’re in a rush. Frozen veggies, fish, dumplings and shrimp can all be used as the base of a quick meal. Don’t feel guilty if you’re using a variety of frozen foods in your cooking. You won’t be sacrificing the quality of the ingredients by using frozen food; you’ll just end up saving time in the end.

Shop smart
Make the most of your trip to the grocery store and the wide array of prepared food that will simplify the process when you get in the kitchen. If you’re not ready to make vinaigrette or pesto, pick up a jar of it and add it to your pantry arsenal. We also love the idea of picking up a rotisserie chicken at the grocery store. Sure, you can just serve the rotisserie chicken as is, but with a little effort you can transform it and incorporate it into many meals throughout the week.

Some Southern Kitchen recipes that can be modified and made quickly include: our grain bowls, sheet pan salmon, cast iron filet mignon, chipotle shrimp tacos, and the cast iron skillet pizzas (if sauces and such are prepared in advance).

With these tips in hand, go forth and conquer the weeknight. We believe in you!

How our editor-in-chief cooks from scratch all week

To grill or to roast? The best techniques for your veggies

How our editor-in-chief cooks from scratch all week

To grill or to roast? The best techniques for your veggies