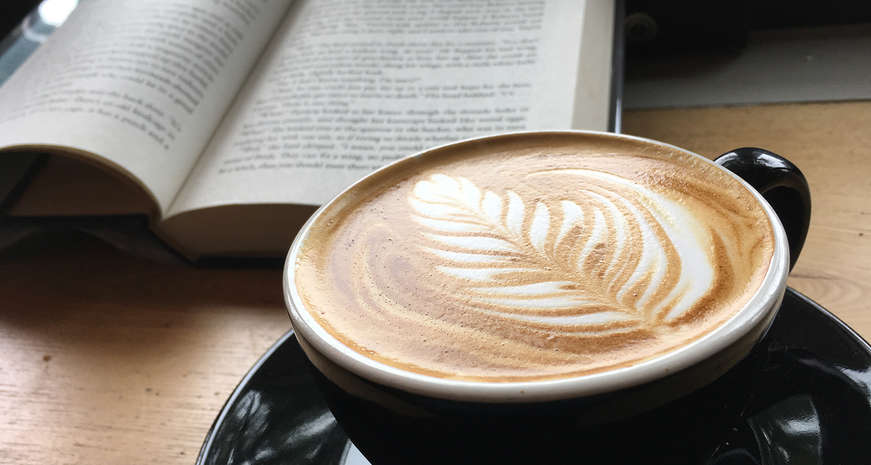 Coffee and a book

Find food, wine and a good book at this new restaurant concept in Texas

A national book store is diving into the culinary world with a yummy new concept.

Barnes & Noble Kitchen was born last June. Stores in New York, California and Minnesota became the first locations to incorporate the full-service restaurant into the bookstore.

And luckily for us Southerners, another location of Barnes & Noble Kitchen opened last month in Plano, Texas.

#Plano gets the first Barnes & Noble Kitchen in Texas #LegacyWest https://t.co/1n0d8uWo3b via @dallasnews

The new Texas kitchen seats 113 with both indoor and outdoor seating, along with a community worktable and a counter bar, reported Food & Wine. The menu is a step-up from the café offerings usually associated with the book chain.

After perusing the aisles of Barnes & Noble, readers can head to the new restaurant from appetizers, salads, entrees and desserts. According to Nation’s Restaurant News: “The entree prices [range] from $14 for grilled cheese and tomato soup to $22 for plancha-cooked salmon with tabbouleh salad and basil dressing.”

“This store is part of our ongoing effort to test new concept stores,” said Demos Parneros, Barnes & Noble CEO. “We are still learning from all of the new stores that we have opened across the country, and we are excited about the knowledge we have gained in these markets.”