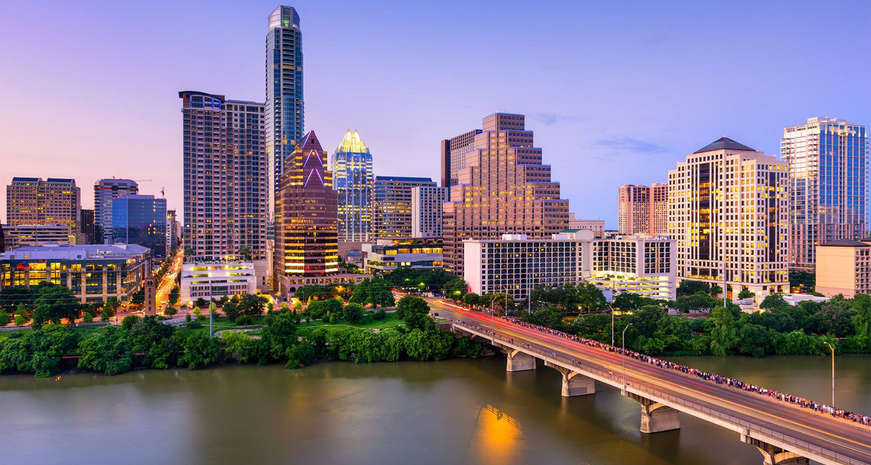 Home to some of the best barbecue restaurants in the world, plus countless iterations of breakfast tacos and a colony of 1.5 million bats, Austin is one of the most dynamic cities in the South. Whether you’re a musician, a foodie or an outdoor explorer, this Southern city has something for everyone.

With so much to eat, drink and do, you might feel overwhelmed with all of the options this city has to offer. So use this helpful city guide to make sure you maximize your time keeping Austin weird.

Why we love it
While it might be a bustling city with plenty to do, spending a weekend in Austin feels more like a trip to a small Southern town that has the personality of a big city. Nestled on the Colorado River, there are plenty of outdoor activities to partake in after getting your fill of breakfast tacos.

What to eat and drink
You can certainly visit sites like Eater, Zagat, Thrillist and Yelp for ideas of all the newbie places that have popped up in the last year or so, but the Southern Kitchen staff has a few favorites spots they haunt when they’re in Austin. 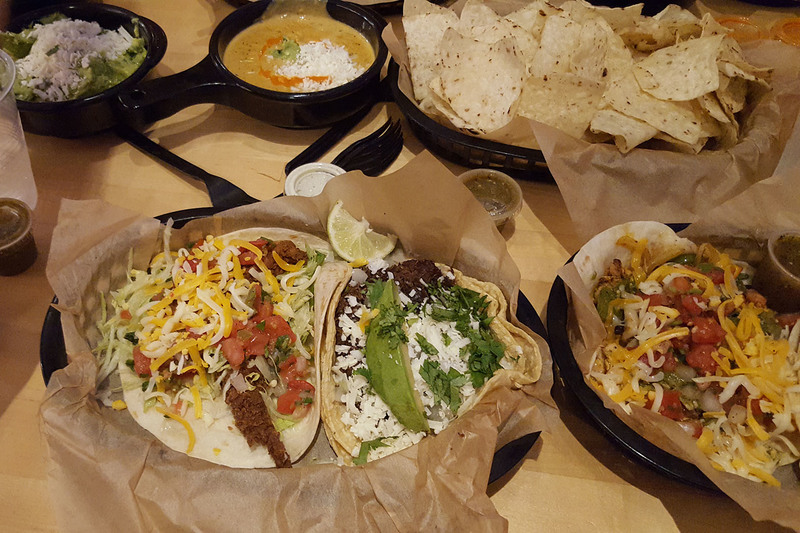 Before you get overwhelmed by all of the food Austin has to offer, we’ll let you in on a little secret: Tacos are always a good idea. In fact, you can eat them for three meals a day (we would). Start your day with breakfast tacos from Tamale House East, which are “seriously the best breakfast tacos ever,” Southern Kitchen Chef Jeffrey Gardner said. For lunch, head to Veracruz Tacos; it began as a food truck, but you’ll be able to find homemade tortillas and tacos at four different locations around Austin. For dinner, get spicy at Torchy’s Tacos, which offers a varying selection of chile-laced tacos that just might leave you reaching for a glass of milk. 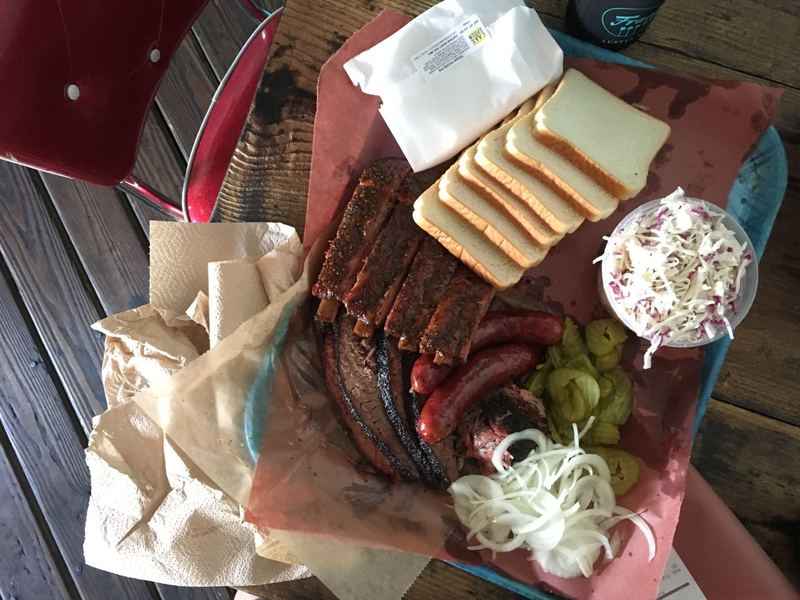 If you’ve got barbecue on your mind, Austin will more than satisfy. After a devastating fire shut down world-famous Franklin’s Barbecue, the restaurant and smokehouse was rebuilt and the new space is now back and fully functioning. Or if you'd rather not brave the hours-long line, head to La Barbecue for twists on traditional dishes like sausage, ribs and brisket. And if you’re willing to take a little drive outside of the city, you’ll be treated with melt-in-your-mouth brisket from Salt Lick BBQ.

Like other Southern cities, Austin has more to offer than classic Southern cuisine. Via 313 Pizzeria turns out delicious, traditional Detroit style pizza, and Barley Swine is a hot spot for friends to gather and share small plates made from locally sourced ingredients. At Launderette, chef Rene Ortiz creates dynamic meals at lunch, brunch and dinner while incorporating flavors from around the world. A few more recommendations, you say? Try Uchi, Easy Tiger, Contigo, Emmer & Rye and Olamaie. 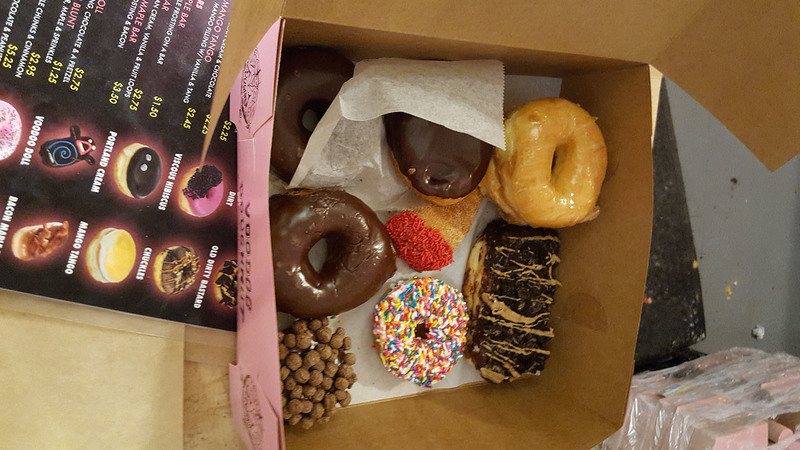 For those who want to try a cocktail or two, Sixth Street is the place to be. Each night the street is shut down, so pedestrians can bar hop in the neighborhood that has the highest numbers of bars per capita in the entire country, according to Culture Map. (There are tons of food trucks aroud, too.) And when you’re looking for a late-night snack, walk on over to Voodoo Doughnuts for a sugary snack. (Just make sure to have some cash on you because they won’t accept any other currency.)

Where to play
Some of the best festivals, like Austin City Limits and SXSW, take place in Austin, but even when if you’re visiting on a quiet weekend there are still plenty of places to explore and things to do. To cool off on a hot Texas afternoon, take a dip in Barton Springs. The massive outdoor pool — it’s over three acres in size — is the perfect retreat on a hot day. Other watersports, like kayaking and paddle boarding, are also widely available on the Colorado. 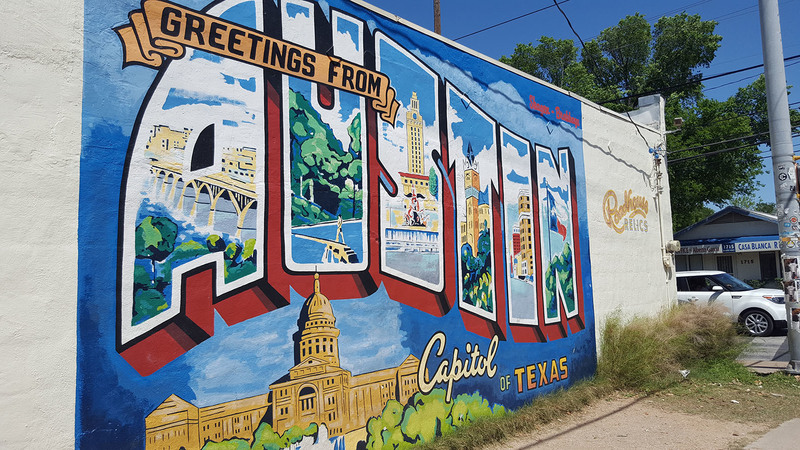 There's also plenty to do on dry land. In between eating tacos and barbecue, take a drive around the city to find all of the vibrantly colored murals. I spotted the “Greetings from Austin” mural and “You’re my butter half” mural on my last trip. 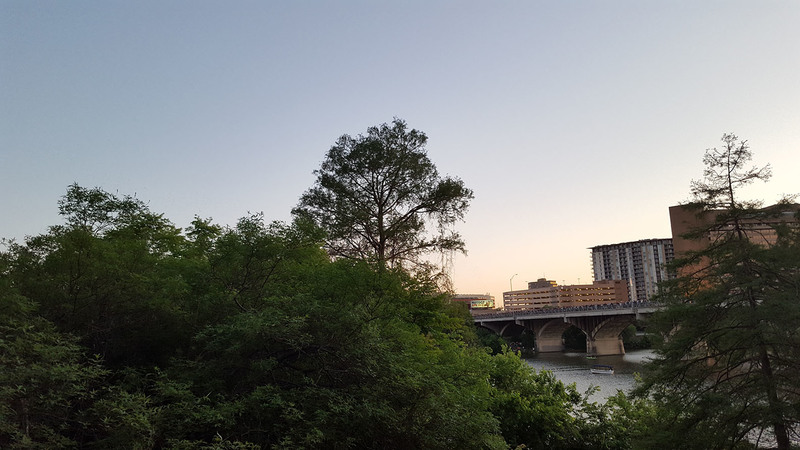 At sunset, from March to October, a colony of 1.5 million bats emerge from Austin’s Congress Avenue Bridge each night. Watching the bats fly out from underneath the bridge is truly a sight to see, so you’ll want to find a spot along the riverfront or on top of the bridge to get a good view of them soaring in the sky.

Where to stay
Austin is a very easy city to navigate — on foot at least. The freeways, on the other hand, are quite confusing and worth avoiding entirely. On my last visit, we rented a car and stayed in an Airbnb that was only ten minutes from downtown Austin. For those who will be relying on walking, Uber or taxis, you might want to consider staying right in the middle of downtown Austin or the South Congress neighborhood. Both of these neighborhoods are full of attractions, shopping and dining that you can access on foot.