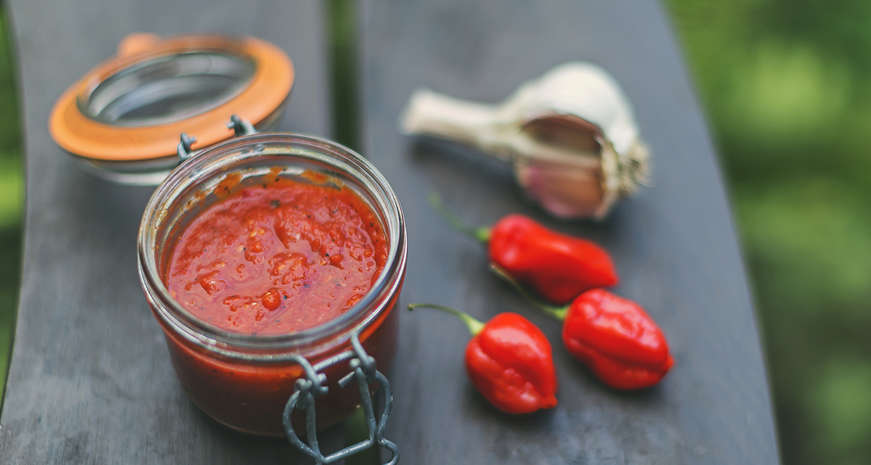 The datil pepper is an incredibly hot pepper that can be cultivated throughout the United States but is mostly produced in St. Augustine, Florida and made into various hot sauces and other condiments. There are many stories which attempt to explain its origins, but whatever they are, this uniquely American pepper is truly a Southern staple. Here's why.

It’s a warm, cloudless afternoon as Joe Hill walks amongst his datil pepper grove at Bite Me Farms in Elkton, a small Florida farming community on the outskirts of St. Augustine. Hill dumps out a few of black, 35-gallon buckets he used to grow last year’s crop. A combination of dark soil and wilting pepper plants spill to the ground.

“The peppers get hotter and hotter each season,” he said from a modest, old garage on the property. “Every year, I have to get rid of all 2,000 plants and then start over. The peppers have to be consistent.”

Often described as being hot like habaneros and fruity like Scotch bonnets, mature datil peppers grow to be around almost four inches long and are generally yellow-orange in color. In this part of the state, they are used in everything from tangy citrus spice mixes for dips to sweet marinades for meat and seafood. On the Scoville scale used to measure spicy heat, datil peppers rank between 100,000 and 300,000 units, roughly the same as a habanero.

The little-known pepper grows in small pockets throughout the Southeast, with the majority being produced in St. Augustine and surrounding communities. Like many locals, Hill started out as a backyard hobbyist and worked his way up to growing a few hundred plants. Then, about a decade ago, he started Bite Me Farms, which now produces 2,000 plants for the nearby Endorphin Farms. With the recent jump in commercial datil sauce sales, Endorphin Farms now works with more than a dozen local hot sauce brands to co-pack (manufacture and package) their product. 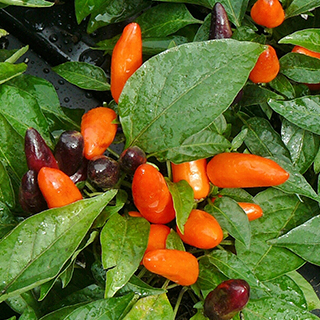 Hill says the datil’s finicky growing requirements are one of the reasons it took so long for datil sauces to take off outside of St. Augustine. The peppers have a similar growing season to tomatoes, and the seeds germinate at temperatures ranging from 75 to 80 degrees. The plants also require shade cloths to protect them from the sun, frost and large rain droplets.

Experts haven’t been able to agree on the history of the datil pepper, which has the scientific name Capsicum chinense, but three University of Florida scientists wrote a paper suggesting that it is not native to the state. “History provides evidence that it most likely arrived in St. Augustine during the late 1700s after the Spanish traded Florida to Britain for Cuba,” they wrote. “How the datil pepper came to Florida is unknown as are the reasons why they are peculiar to the St. Augustine, Florida, area. Capsicums are almost exclusively native to Brazil and these C. Chinense species most likely originated from there.”

Others highlight the role that those hailing from the Spanish island of Minorca had in bringing the datil to St. Augustine. “There’s another theory that the chili pepper seeds came from Cuba around the same time period, but local lore holds the Minorca origin story true to heart,” according to Pepperscale.com. “It’s really a city-wide love of these hot peppers and the Minorcan heritage.”

Regardless of how the chili got to St. Augustine, datil pepper sauce is now found at nearly every restaurant in town. It is even stocked by large supermarket chains like Publix. But Hot Shot Bakery ‘N Cafe chef Sherry Stoppelbein, who makes a line of Datil B. Good hot sauces, says that the pepper’s popularity is limited to this specific area. Even people who live an hour north in Jacksonville don’t know anything about it.

“Being a tourist destination, we have people visiting from all over the world,” said Stoppelbein of the waterfront city founded in 1565. “Most of them have never heard of the datil pepper or datil sauce. Once they taste it, they’re hooked.”

With variations ranging from mustard-based to sugary-sweet, it’s the perfect addition to a heap of scrambled eggs, mess of shrimp and grits or roasted oyster. Stoppelbein created her recipe three decades ago after graduating from culinary school and starting a catering company. “As I am of Minorcan descent, I had to have datil sauce to go with local seafood and other dishes,” she said.

Datil sauce purveyors like Stoppelbein have local restaurateur, Chris Way, to thank for transforming what was once a string of close-kept family secrets into commercial bottling success. Dubbed the “Datil King,” Way started making a sauce in 1981 for his restaurant Barnacle Bills. He inspired dozens to follow suit.

In 1983, “Big D” Danny Cowgill created a datil pepper sauce recipe for customers at his family’s Ponte Vedra Beach restaurant Palm Valley Fish Camp, a historic landmark in the area that was founded in the 1930s as a bait-and-tackle shop. It took him more than 20 years to start bottling the sauce for sale, and even though they sold the restaurant in 1997, the Cowgill family datil sauce recipe is still going strong.

“It used to be that if you wanted my hot sauce, you’d have to come in and order food — and then you could have all that you wanted,” he said. “I used to make it a gallon at a time by taste. It took me four to five years to even write the recipe down. But my family and friends encouraged me to make a business out of it.” 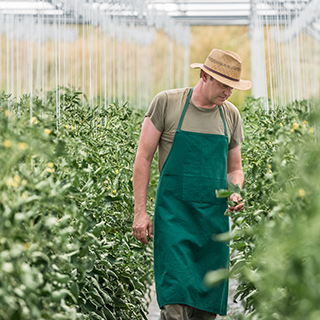 Since 2005, Cowgill’s Hot Sauce has been sold online in various styles (original, habanero, datil mustard and jalapeño) and used in multiple local restaurants, including The Blue Hen Cafe and Ellen’s Kitchen. He says it adds smoky and sweet flavor with just enough kick — but won’t torch your tongue.

After spending time on an organic coffee farm in Nicaragua, the earth kept calling to them. So Herlihy and Cooper decided to start growing datil pepper plants at home, first as a backyard hobby before the duo later leased farmland to expand their production. Today, the 30-somethings work with Endorphin Farms in St. Augustine to produce and pack their sauce.

Though these entrepreneurs and many others — like the makers of Snake Bite Datil Pepper Hot Sauce, San Augustin Datil Pepper Table Sauce and Dat’l Do-It — are now finding a market, datil pepper hot sauce is still largely a local phenomenon. But at least one purveyor sees that changing soon as more and more people discover this spicy piece of St. Augustine’s heritage.

“The popularity of the datil pepper is going to continue growing,” said Stoppelbein. “I just want people to appreciate the history of it and not get caught up with the commercial aspect. We need to remember where it came from and remember the Minorcan history that’s such an important part of our culinary scene here in St. Augustine.”

For a homemade recipe perfect for gifting to family and friends, St. Augustine environmentalist Pat Hamilton lays out his personal concoction complete with a touch of red wine, figs and garlic.

Want more hot sauce?
Check out our very scientific taste test
And get to know our picks for the best sauces from each state